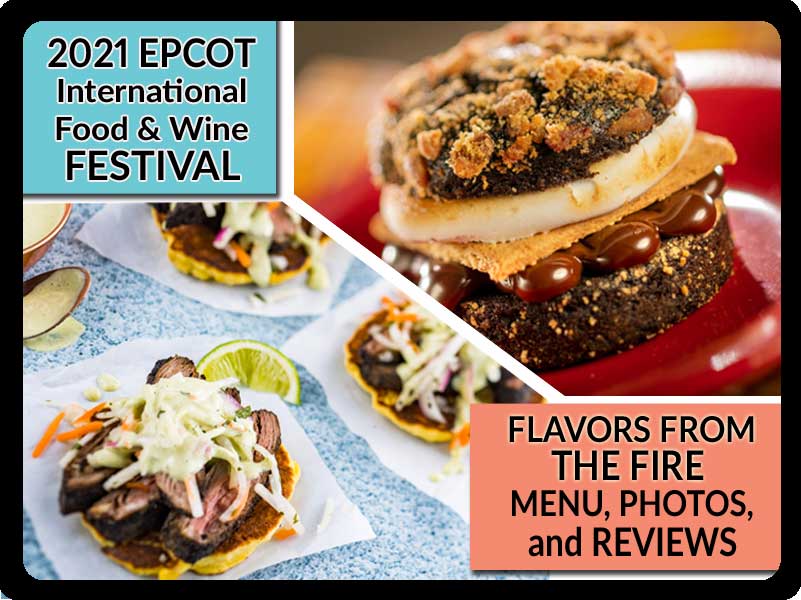 The 2021 Flavors from Fire booth menu at EPCOT Food and Wine Festival gives you gridiron-worthy helpings of meat and cocktails. 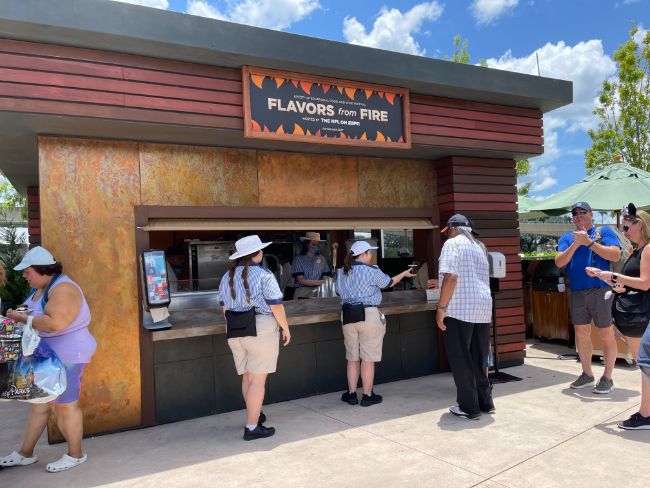 The Flavors from Fire booth near the Test Track presented by Chevrolet is a returning outdoor kitchen, like many others at the festival. It’s hosted by the NFL on ESPN for 2021. 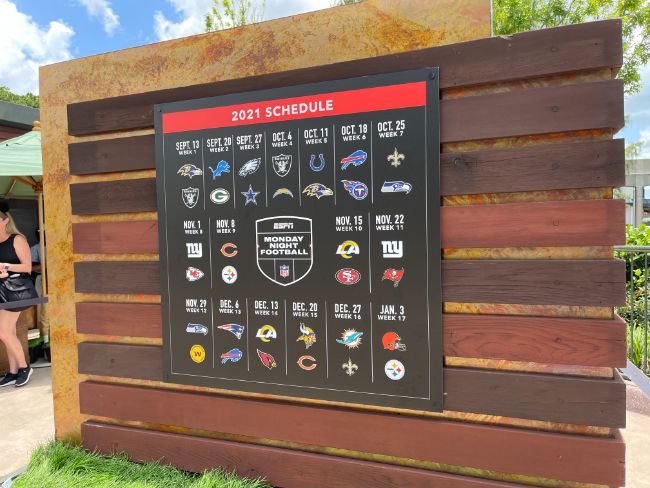 This booth had skirt steak and corned beef dishes in both 2020 and 2019. Expect something hearty, meaty, and the Swine Brine featuring Jim Beam Bourbon as the specialty drink here. 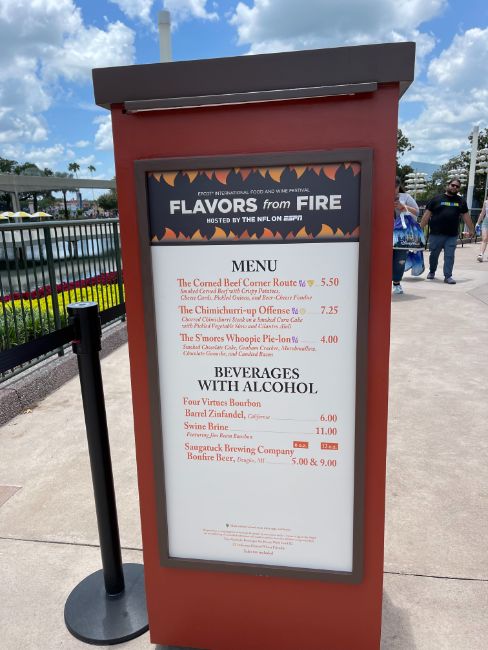 From Disney: “Score a touchdown of flavor with hearty dishes that are sure to tackle the toughest appetite.” 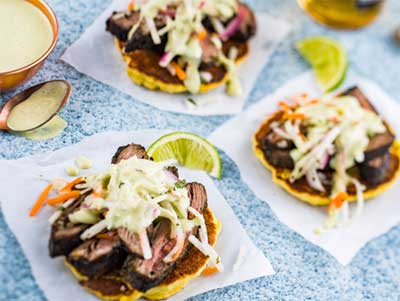 🍽️ ORDER UP: The Swine Brine specialty drink with Jim Beam Bourbon will make you feel like you’re tailgating before a big game. 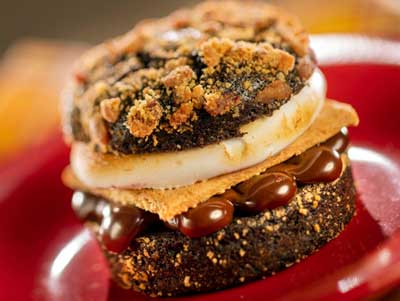 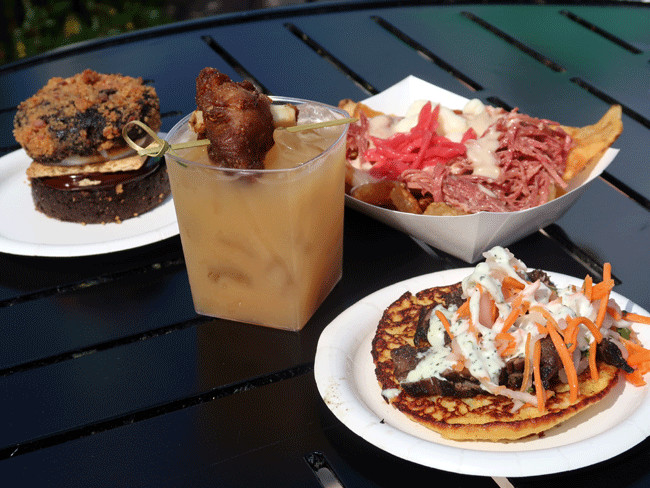 Menu selections from the Flavors from Fire booth. Photo by Rain Blanken 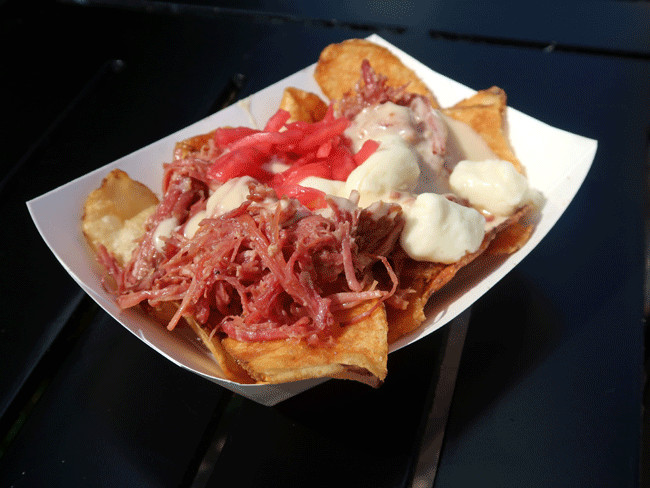 Editorial Director, Rain Blanken: “Corned beef can often be served too salty, but these shreds had a good balance of smoky flavor and salt. The chips fell victim to the delicious sauce and got soggy pretty fast, so bring them to the top as soon as you hit the table. The cheese curds can come in large sizes, so you’ll likely need to cut them up to get that cheesy goodness in every corned beef bite.”

10/07/21 Review Update: I have been back to the fest three more times, and have been lured to the Flavors from Fire booth again and again. I’ve eaten the Corned Beef Corner Route three times now, and every time was better than the last. This is a best of the fest!!” 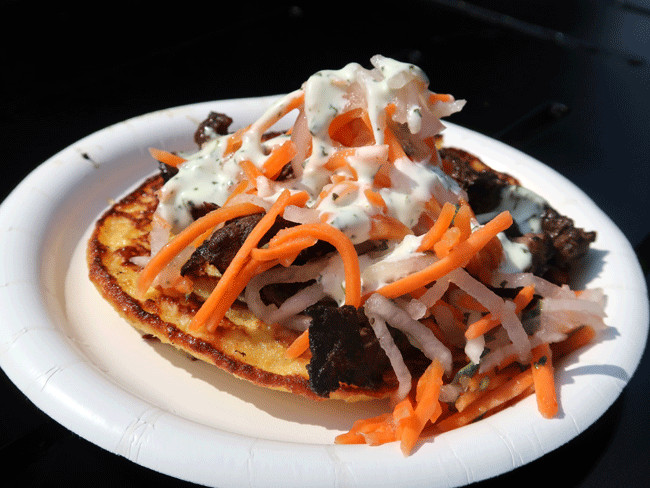 Chimichurri-up Offense at Flavors from Fire. Photo by Todd Turner

Editorial Director, Rain Blanken:  “Well-cooked steak, neither too pink nor too well-done, sitting atop a soft, sweet, corn cake. The aioli sauce offered a tart contrast to the sweet taste of the cake. Our group declared this a “don’t share” meal… the portion could be split between two, but with flavors this good, you may want to claim it all for yourself. 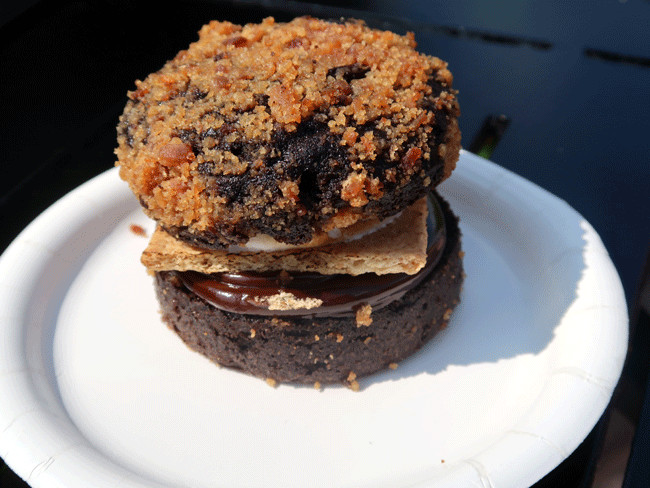 S’mores Whoopie Pie at the Flavors from Fire booth. Photo by Rain Blanken

Editorial Director, Rain Blanken:  “Kids will love this one, but adults may be getting a bit of Little Debbie vibes, here. If your Food and Wine budget is getting stretched, save for the Swine Brine at this booth instead. And if you’re looking for another S’mores alternative, try the S’mores Funnel Cake near the America Pavillion… that one has bacon.” 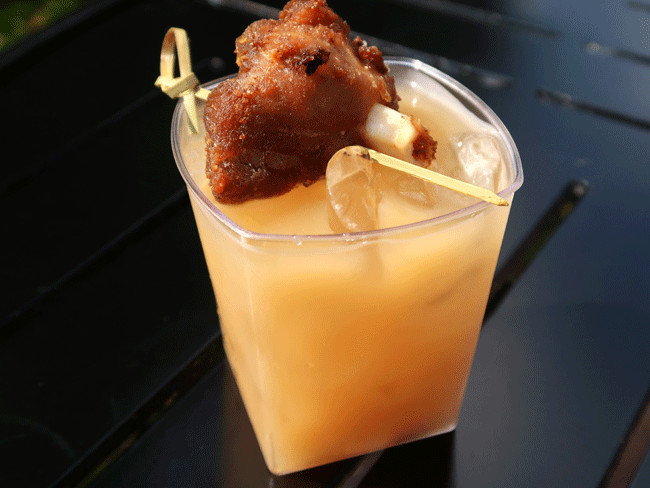 Swine Brine from the Flavors from Fire booth. Photo by Rain Blanken

Managing Editor, Timothy Moore: “After a long day of downing sugary cocktails in Italy and Morocco (and beyond), it was refreshing (quite literally) to see a whiskey-based cocktail on offer. But the Swine Brine is more than a delicious bourbon drink; it also comes with its own generous helping of bone-in pork as a garnish. Yes, really.”

Make sure you check back for more reviews, food photos, and menu details for the 2021 Flavors from the Fire booth.