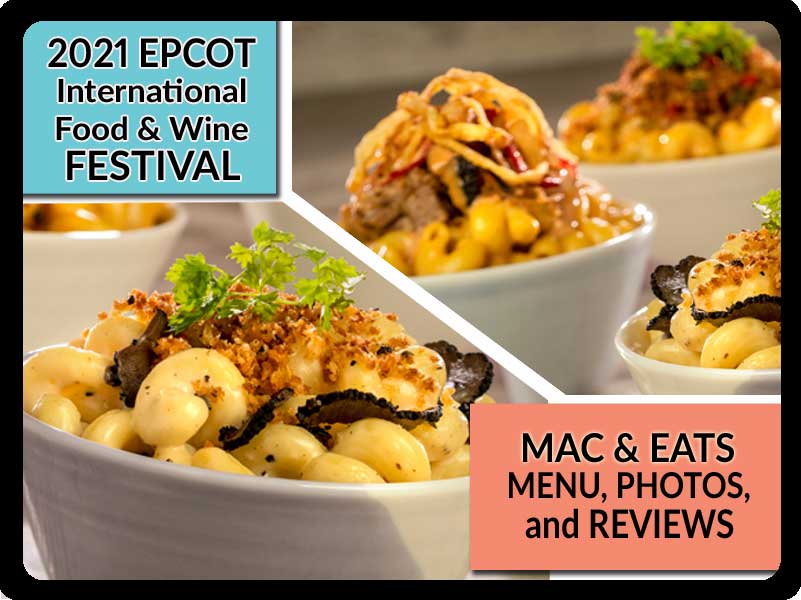 The 2021 Mac & Eats booth menu at EPCOT Food and Wine Festival is serving up spoonfuls of your favorite cheesy comfort food.

The Mac & Eats booth near Mission: SPACE is all-new for the 2021 Food and Wine Festival, one of eight new booths joining the lineup this year. Mac & Eats is also one of nine booths opening on Oct. 1. 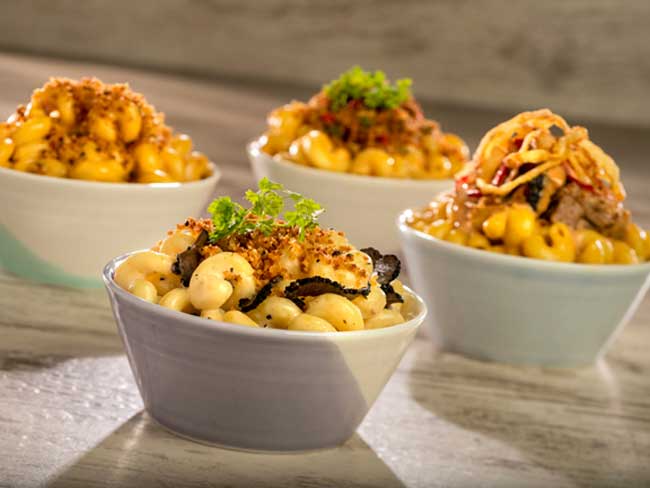 🍽️ ORDER UP: I mean, come on. If you’re going to a booth called Mac & Eats, you know that you’re getting a heaping helping of that good-good macaroni and cheese. 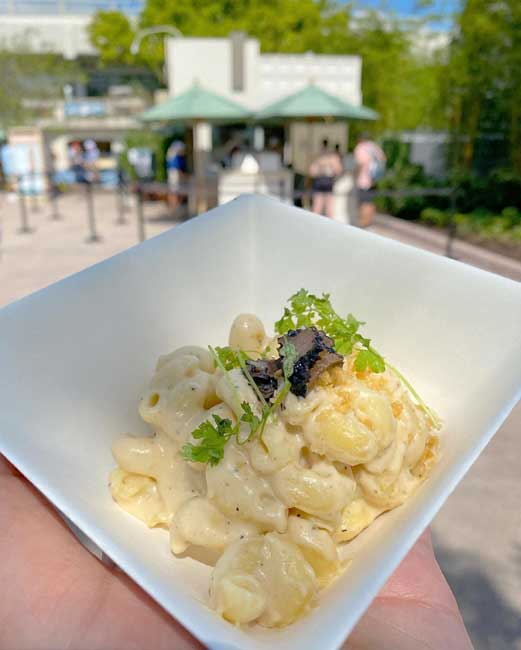 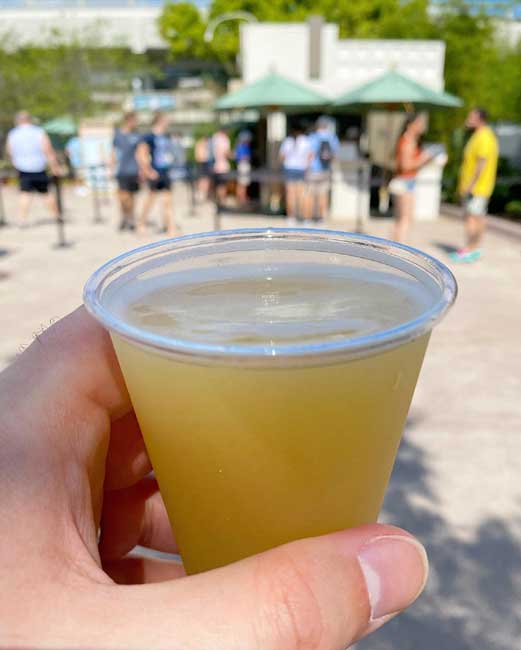 What to Expect: Disney knows what it’s doing. Hold the Mac & Cheese booth until halfway through the festival to get everyone to come on back. Hey, it’s enough to get us motivated!

Make sure you check back for more reviews, food photos, and menu details for the 2021 Mac & Eats booth.