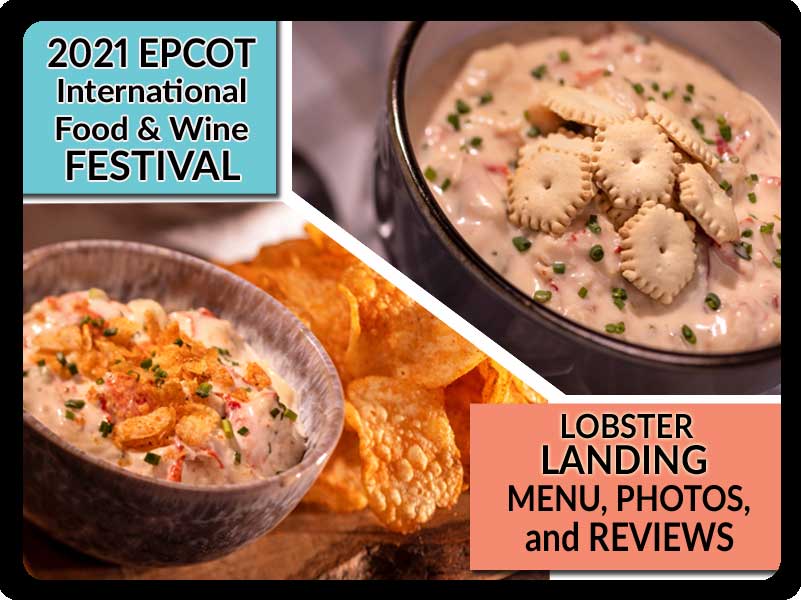 The 2021 Lobster Landing booth menu at EPCOT Food and Wine Festival is a seafood lover’s dream come true, bringing the taste of New England down to Disney.

The Lobster Landing booth near Mission: SPACE is a brand-new food booth in 2021. It’s one of nine booths that will open on Oct. 1. 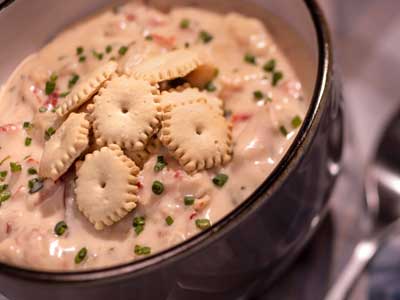 From Disney: “Get a taste of New England as you indulge in luscious lobster creations.”

🍽️ ORDER UP: We hope you like lobster; it’s in all three dishes at this booth. And if you’ve never had a Cape Codder, you’re in for a treat. 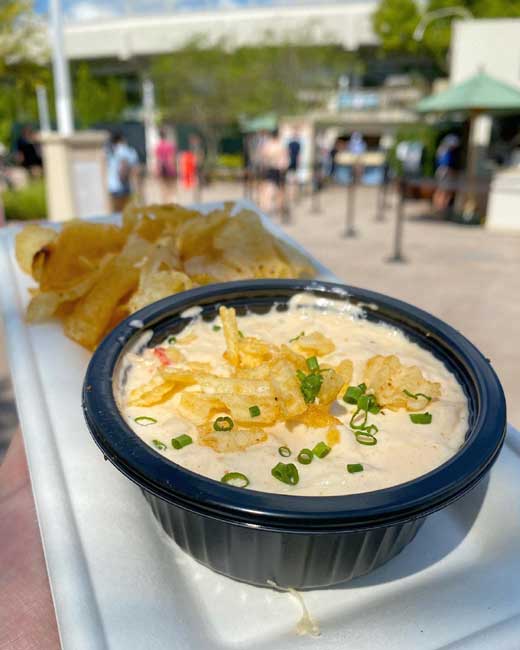 Contributor, Danny McBride: “I very quickly learned why there was so much hype about this dish since it debuted… As someone who loves lobster and old bay seasoning, it’s a bona fide must have for me!

“If I’m being extra critical, I’d say it might be a bit saltier than it needs to be, but the salt hardly detracts from how good it really is. Even if you’re not a big fan of lobster, I still recommend giving it a try as it doesn’t have a strong fish flavor at all.” 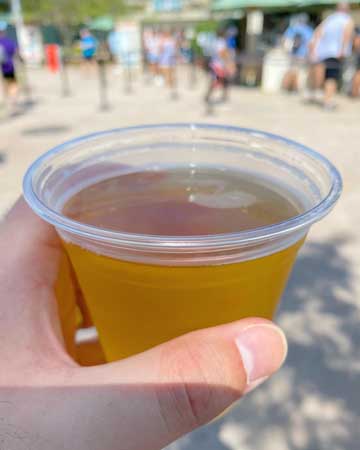 Contributor, Danny McBride: “This was super refreshing – in fact, I’d say it might even be one of the most refreshing beers I’ve had at this festival. The Cast Member poured it perfectly and from the first sip, I instantly knew this smooth ale would be one I’ll order again on future visits.”

What to Expect: This one is new too, but we’re over here like… it’s lobster, guys. What’s not to love? Stay tuned for menu details.

Make sure you check back for more reviews, food photos, and menu details for the 2021 Food & Wine Lobster Landing booth.