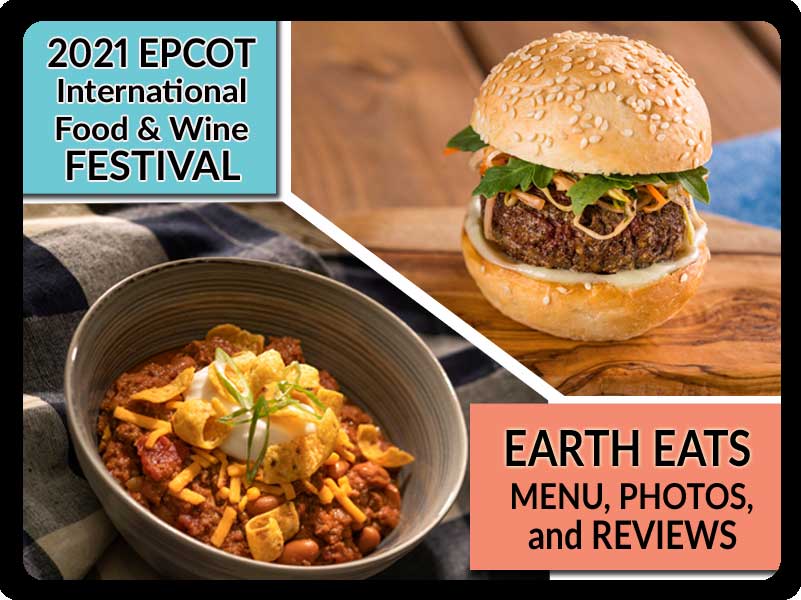 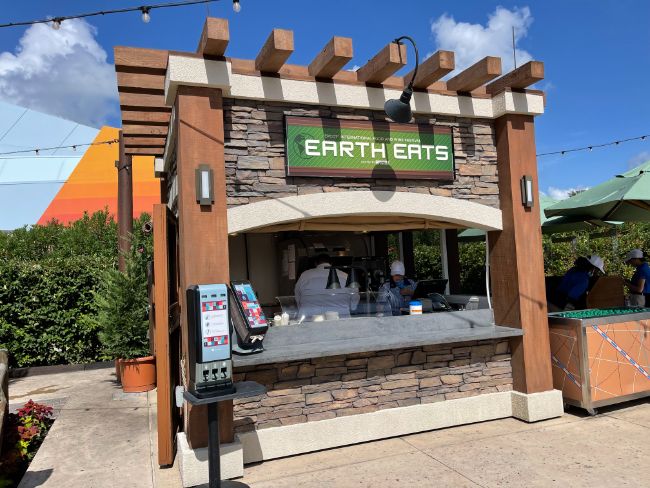 The Earth Eats booth between Imagination! and Refreshment Port is a returning outdoor kitchen, like many others at the festival. It’s sponsored by Impossible Foods, maker of the Impossible Burger. 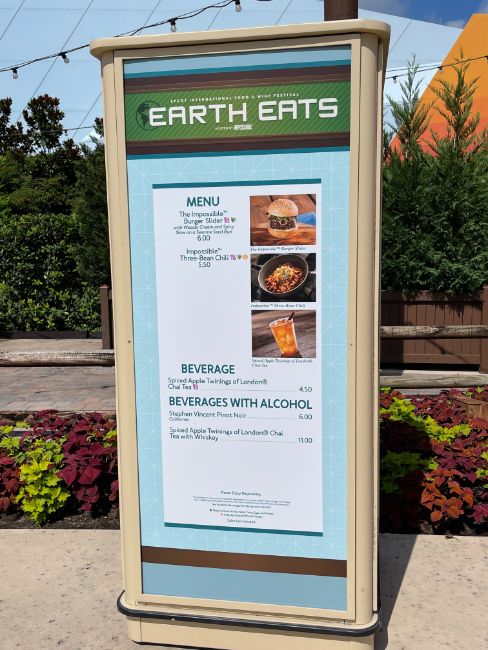 🍽️ ORDER UP: You don’t have to be vegan to enjoy the authentically meaty taste of an Impossible slider. 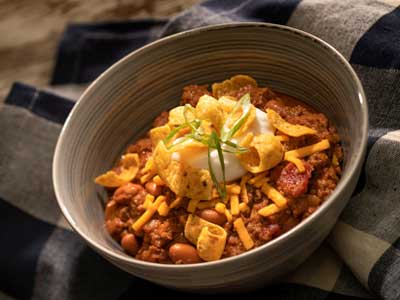 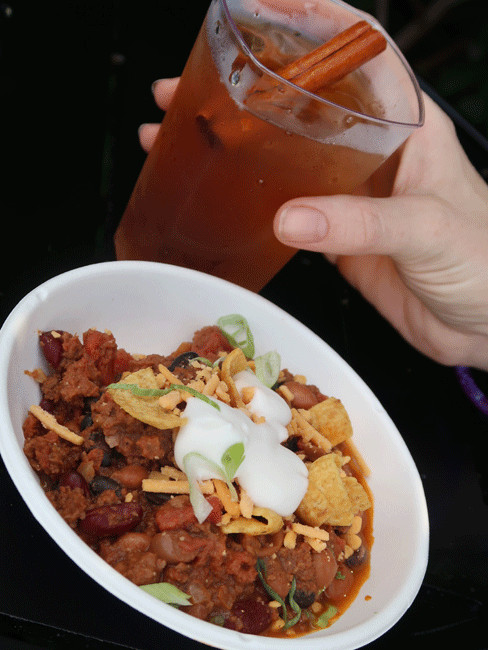 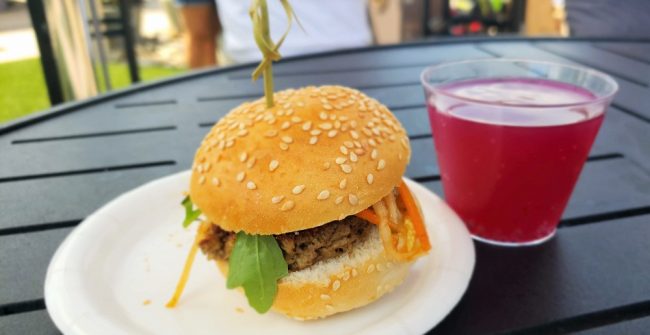 The Impossible Slider at Earth Eats. Photo by Rain Blanken

Editorial Director, Rain Blanken: “One of my favs at Earth Eats each year! This slider snack offers a moist (not dry, as some fake meats can be) patty, and the spicy slaw gives it a fun kick without being too crazy spicy.” 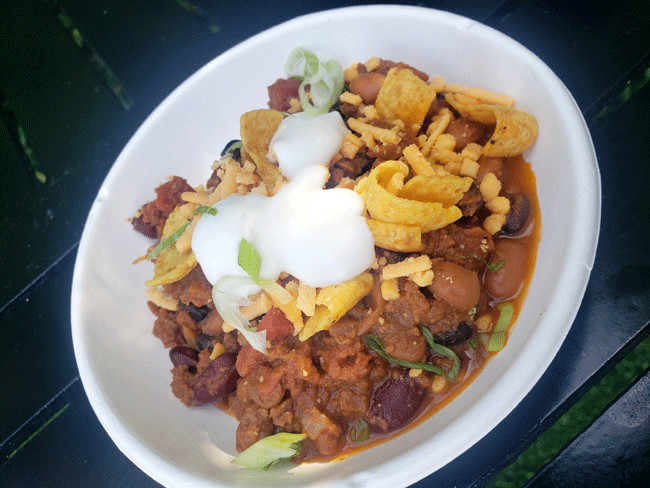 Editorial Director, Rain Blanken: “Well, it’s certainly chili, whether or not there’s meat in there. The taste is good without being too sweet, and the Impossible Burger texture mimics the real thing well. Be advised that this is an actual bowl of chili, not really a sample size. Share if you’re going to try to save some room for other foods! Otherwise, this is a GREAT portion value at the snack price.” 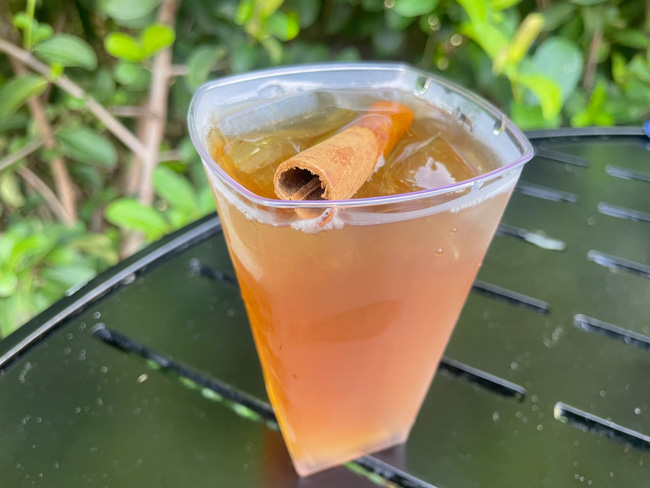 Managing Editor, Timothy Moore: “Did this drink taste like a traditional chai tea? Not so much. Did I care? Not at all.

“This delicious drink comes with whiskey, so I was quite happy. It was almost like an apple cider with whiskey (though some carbonation would have helped it). But if you’re looking for a strong whiskey drink, skip this one and head to the nearby Flavors from Fire for a Swine Brine.” 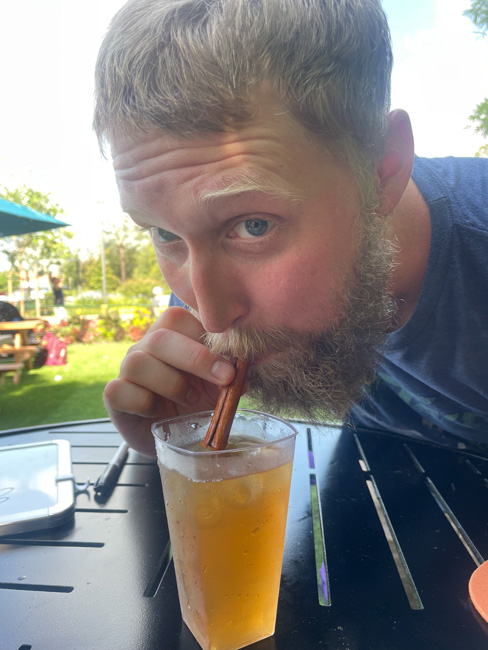 The cinnamon stick doubles as a straw! Photo by Timothy Moore

Make sure you check back for more reviews, food photos, and menu details for the 2021 Earth Eats booth.