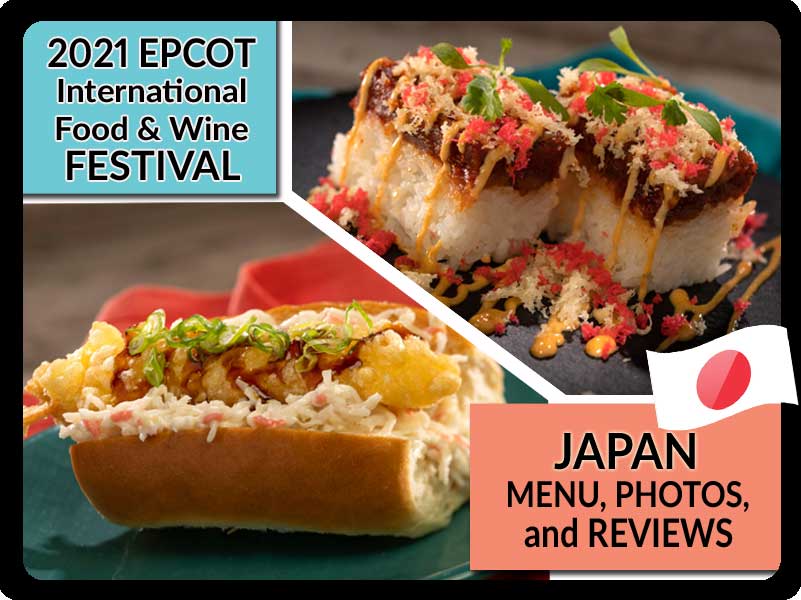 The 2021 Japan booth menu at EPCOT Food and Wine Festival is one of the most popular at the whole festival, and with good reason! 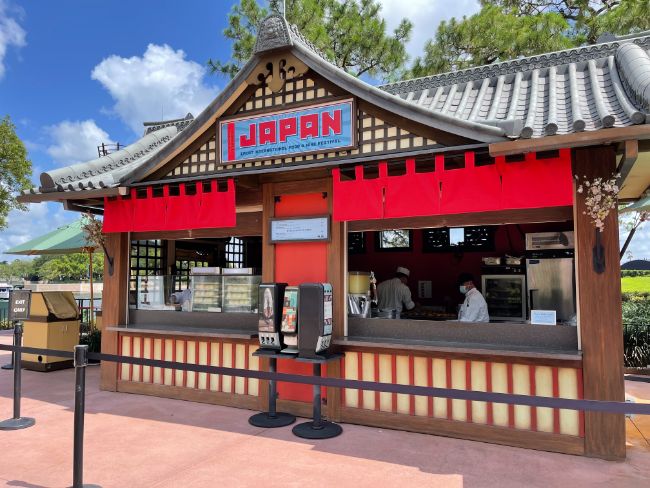 The Japan booth in the Japan Pavilion is a returning food booth, like many others at the festival

From Disney: “Delight your appetite with sushi and other delish dishes, as well as libations inspired by the Land of the Rising Sun.” 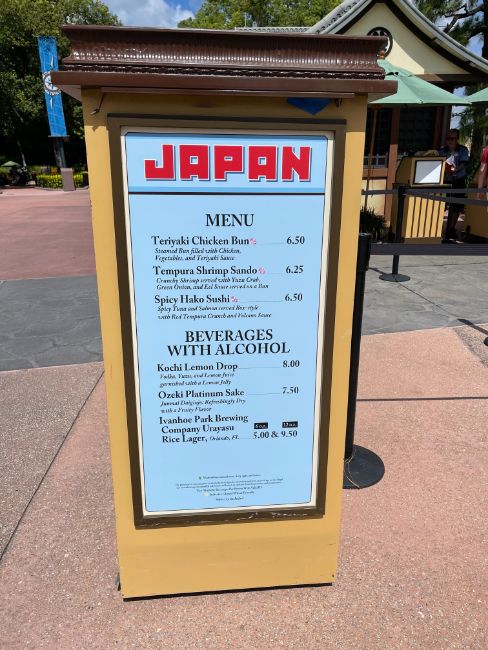 The Japan menu is mostly all-new in 2021. Sadly, those famous frothy ramen noodles are missing, but the teriyaki chicken bun is a great substitute!

🍽️ ORDER UP: The chicken bun is a real crowd-pleaser, and the Spicy Hako Sushi sounds like a great way to work up a nice sweat. 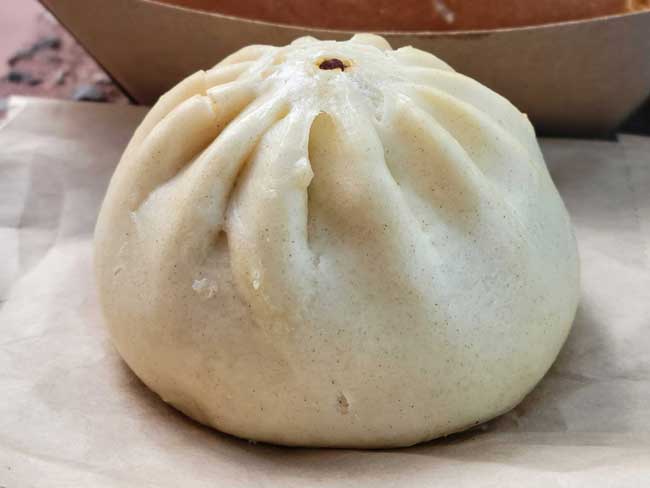 Reporter, Tina Chiu: “Always a fan of the chicken bao! I love how it’s portable and easy to eat without needing a table or utensils. The filling was tender, sweet with a kick of spice. I ended up having to grab two because my son did not want to share his.” 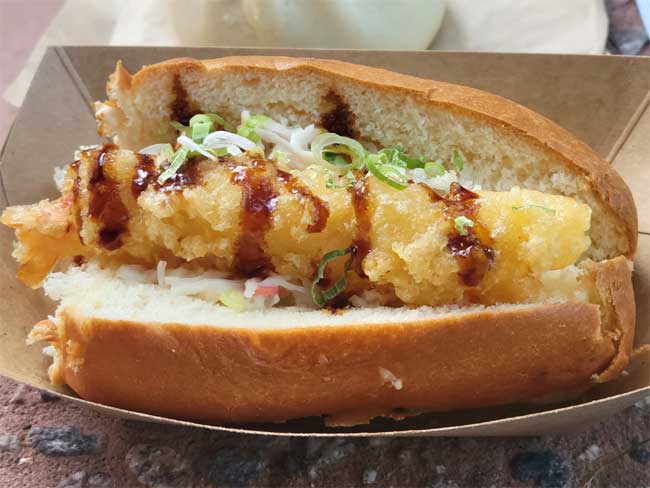 Editorial Director, Rain Blanken: “I really liked everything going on inside this bun! The shrimp was crispy and tender inside, and I love a good crab salad. The crab was a great texture and the eel sauce gave everything a little sweet kick. My only wish was for less bun: The bread seemed out of place, so I think this could have worked great with less bread as an open-faced sandwich. I ended up eating everything inside the bun, though!” 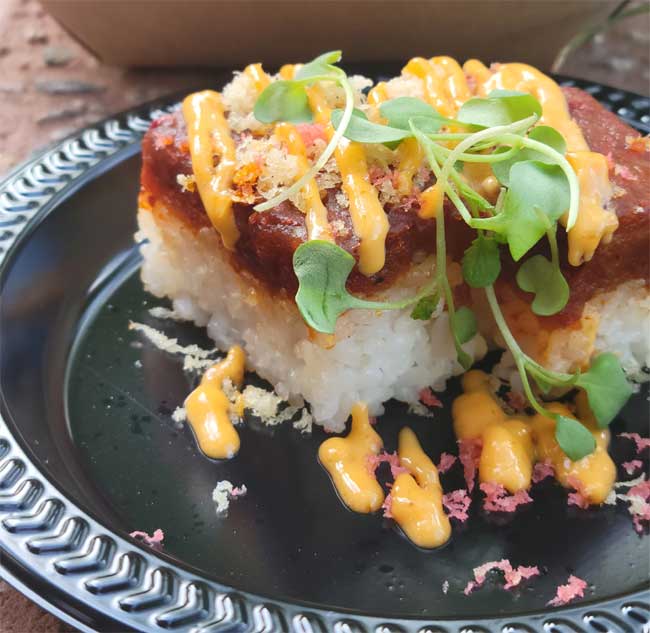 Communications Director, Tatjana Lazar: “Soooo flavorful but the portion was too small. Maybe it would have been okay for one person but we shared it so we each only got one piece of sushi.”

Reporter, Tina Chiu: “I needed more of this dish! The spicy tuna and salmon were fresh, flavorful and the rice helped tone down the heat.” 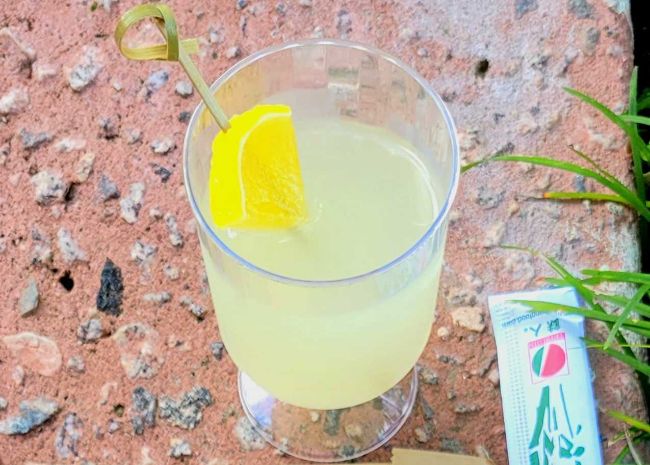 Communications Director, Tatjana Lazar: “This was totally delicious! While on the small side, I would still absolutely get this drink again. It was just sour enough, and just sweet enough! And the candied lemon garnish was a nice touch!”


Reporter, Tina Chiu: “One of my favorite drinks that we tried. It was light, sweet, and refreshing, I wish it came in a bigger cup.”

Make sure you check back for more reviews, food photos, and menu details for the 2021 Food & Wine Japan booth.