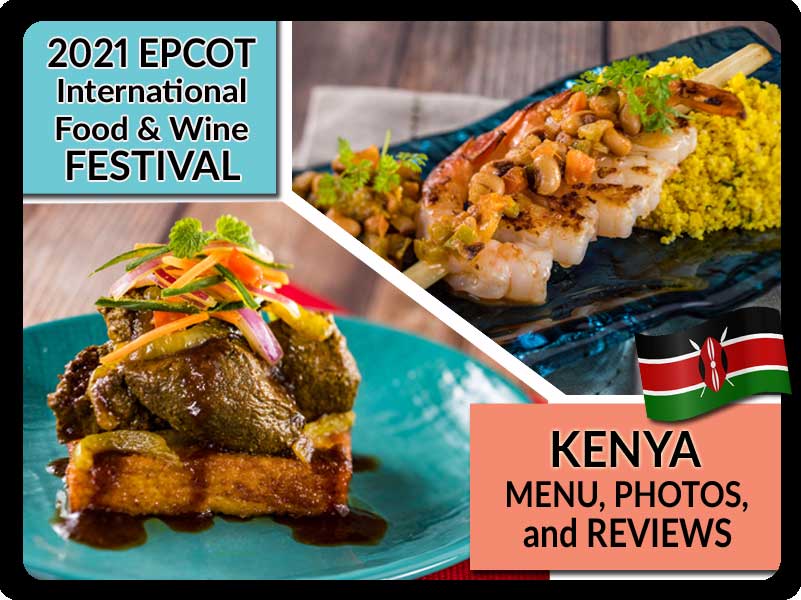 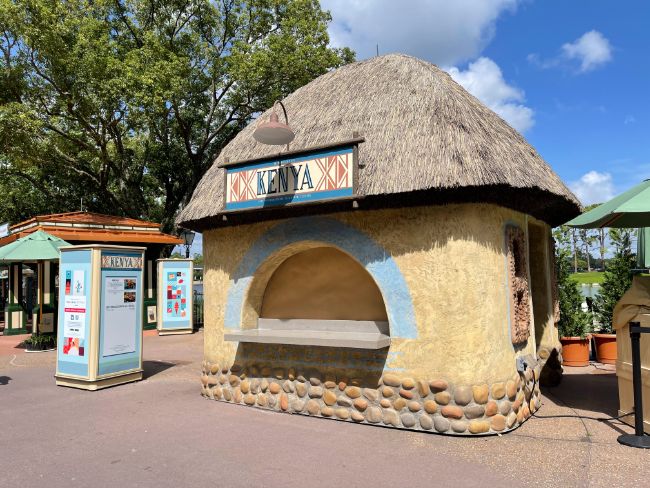 Kenya Booth at Food and Wine. Photo by Tina Chiu

The Kenya booth at the Outpost is a new food booth in name (repurposed from the former Africa booth). It’s one of nine booths that will open on Oct. 1. 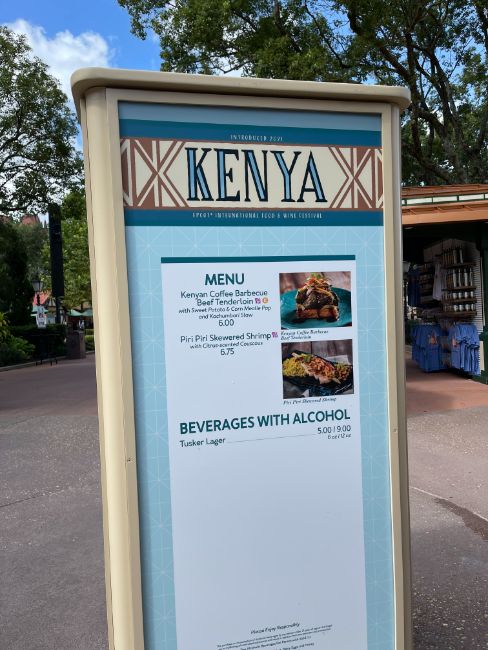 From Disney: “Set off on a safari of flavor as you enjoy traditional Kenyan food and beer.”

🍽️ ORDER UP: The Kenya booth may be new, but previous festival-goers will recognize the ties to the Africa booth. 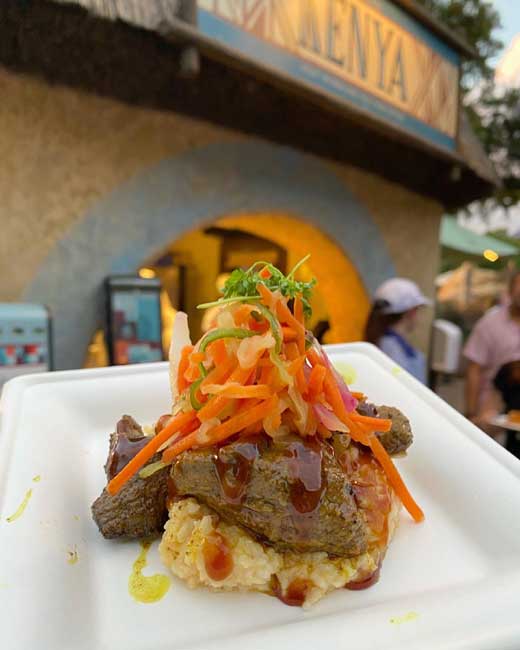 Contributor, Danny McBride: “Please remind me to order two next time. The beef was so tender, it broke apart with ease, only using a fork.

“The flavors of coffee and barbecue were at just the right levels of prominence, so they could still be noticed, but mainly enhanced the flavor of the beef itself.

“The Sweet Potato & Corn Mealie Pap has such a nice creamy texture and is simple enough to balance out the slaw if you’re concerned it might not really be for you. This dish is gluten/wheat friendly.” 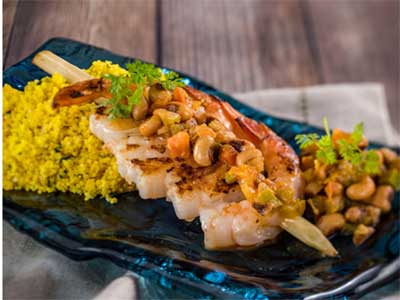 This is where we will post photos of what we were served, and our candid thoughts on this year’s selections.

Make sure you check back for more reviews, food photos, and menu details for the 2021 Food & Wine Kenya booth.