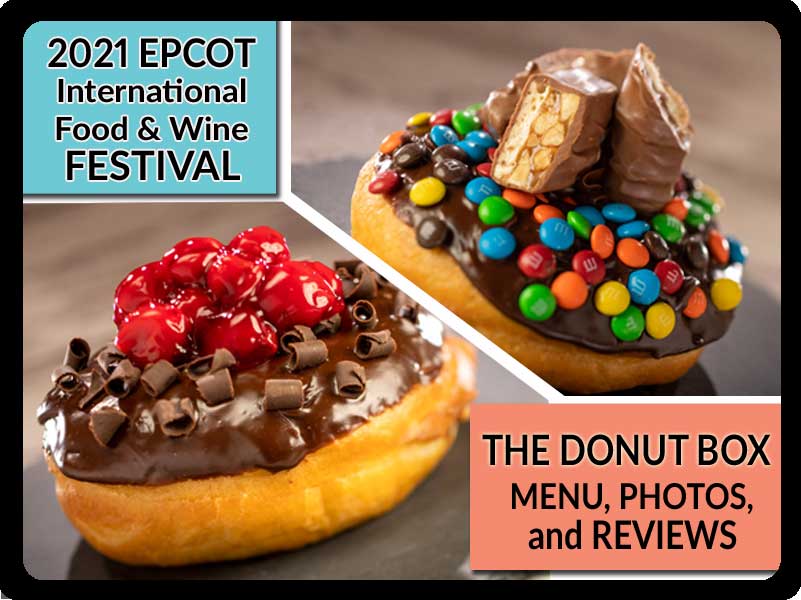 The 2021 Donut Box booth menu at EPCOT Food and Wine Festival serves up those spherical sweets you love to eat! 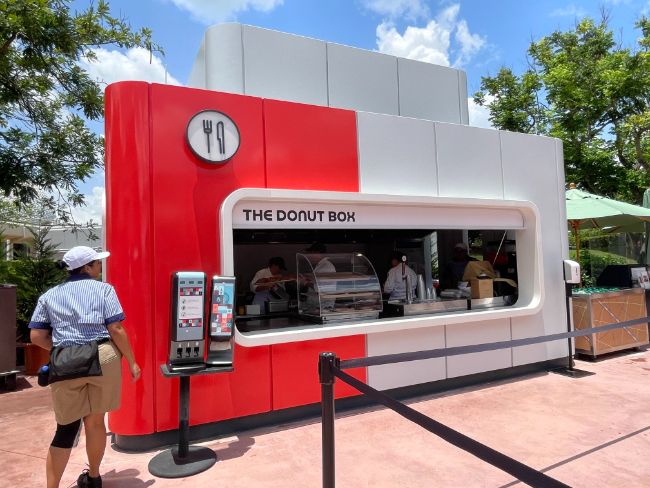 The Donut Box booth by the Test Track presented by Chevrolet in Future World East is a returning outdoor kitchen, like many others at the festival. 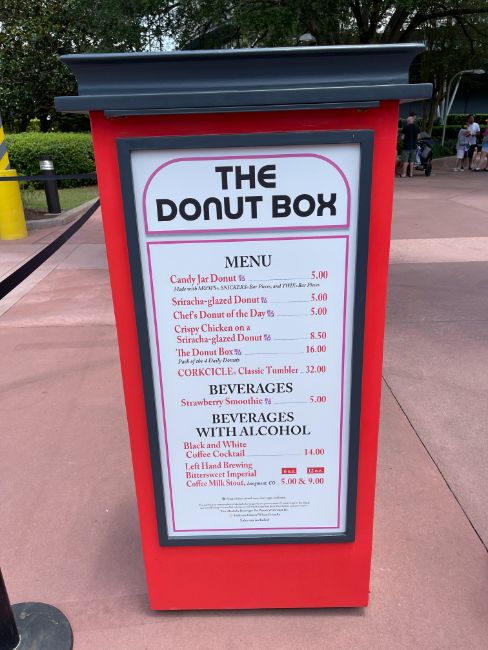 From Disney: “Choose from an adventurous assortment of donuts, as well as refreshing beverages.”

🍽️ ORDER UP: This nearly all-new menu is exciting across the board, but the Sriracha-glazed Donut is perhaps the most interesting. 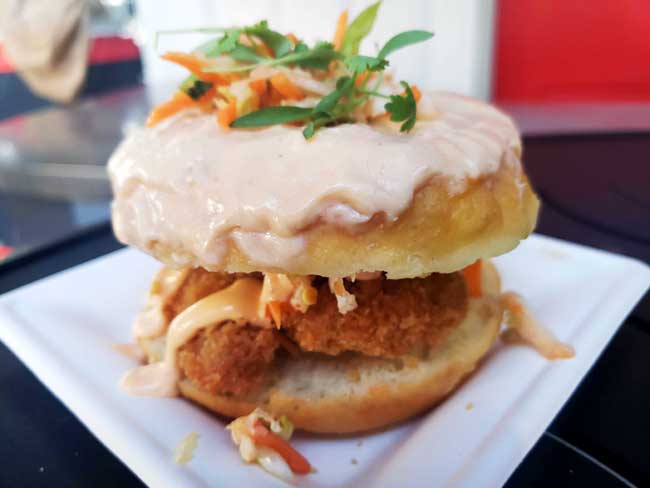 Editorial Director, Rain Blanken: “This is the only way to order the sriracha donut. I had suspected as much when eating the sriracha donut alone! The sweet and spicy glaze compliments the crispy chicken and slaw just right. My suggestion is to eat it as an open-face sandwich: the donut is rather thick and makes for too much bun.” 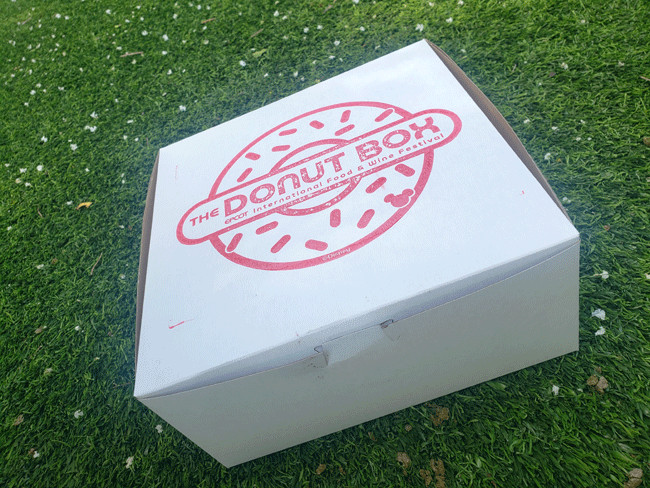 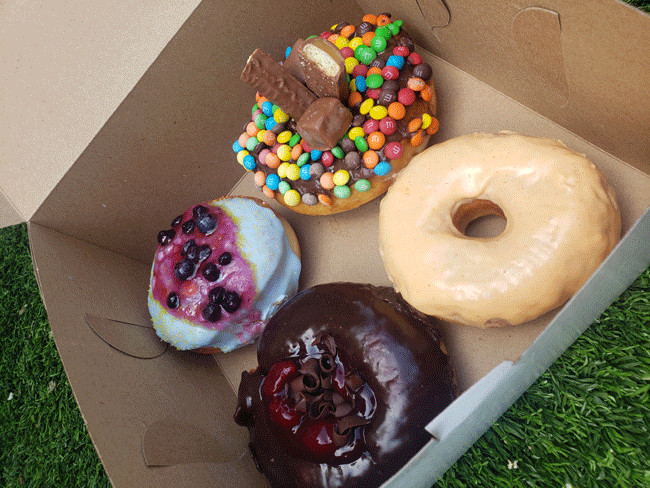 The 4-Donut Box at The Donut Box booth. Photo by Rain Blanken

Editorial Director, Rain Blanken: “The four donut box is a good option if you really want to make it a party! Also a good option for parents who want to really have a WOW moment with the kids. It’s not every day you get to dig into a box of donuts in front of Test Track. Be advised that you will get some of the donuts-of-the-day, so you’ll be at the whim of the CMs on those.” 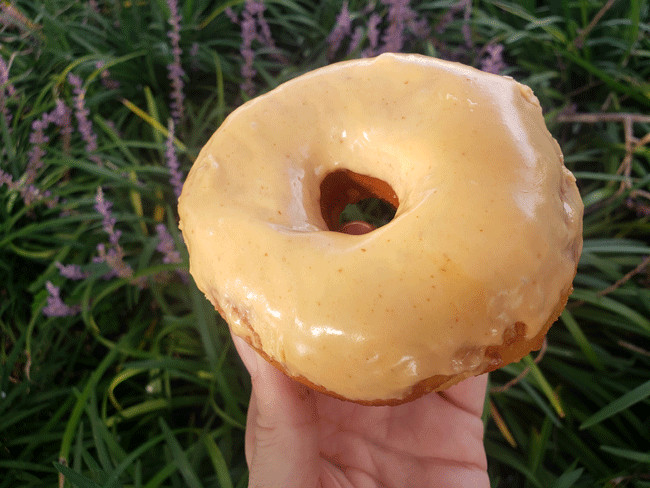 Editorial Director, Rain Blanken. “Imagine you put Sriracha sauce on a donut. Then you put it in your mouth. That’s what this is. We made the mistake of not trying the Crispy Chicken sandwich version, which I’ll wager is a much better choice. But if you own a Sriracha T-shirt, you might be the right audience for this donut.” 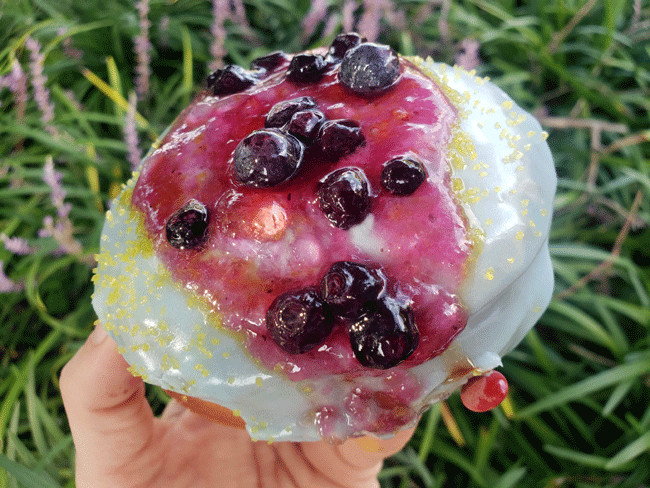 Editorial Director, Rain Blanken: “Donuts are sweet, sure, but some are so sugary, the flavor gets lost. This was a chef’s donut of the day, so I hope you’re lucky enough to get it! The blueberries and lemon custard inside made this donut more than a sweet treat.” 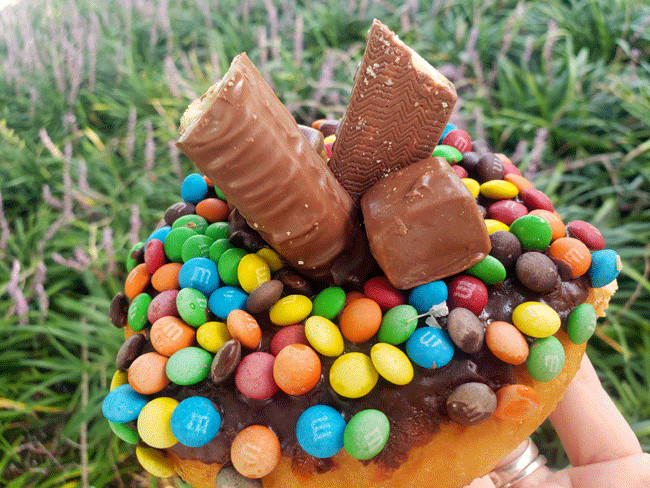 Managing Editor, Timothy Moore: “If you’re starting early at Food & Wine (and I recommend that you do), it’s best to start at the front entrance so you can pick up breakfast at Donut Box. And if you’ve got kids in tow, get them the Candy Jar Donut. They’ll be entranced by all the colors and candy bars … just be ready for the sugar rush to follow.” 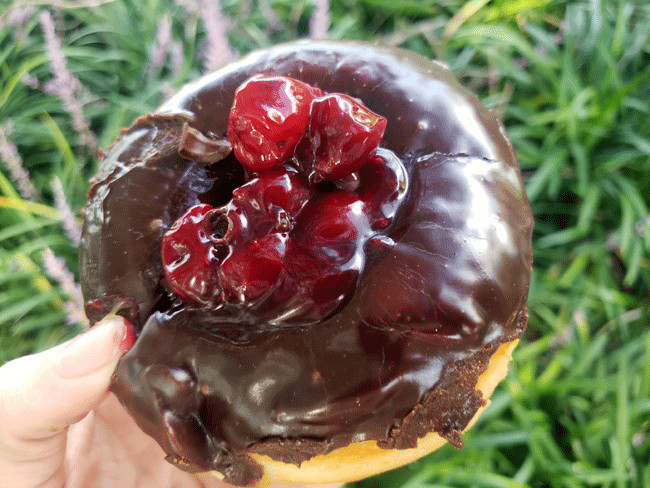 Managing Editor, Timothy Moore: “Grab napkins for this one (and better yet, a knife and fork). As soon as we picked this one up, nearly all the cherries fell through the hole in the center of the doughnut. That said, you’re not missing much if you skip the donut and go with a dessert elsewhere in the park.”

Make sure you check back for more reviews, food photos, and menu details for the 2021 Donut Box booth.