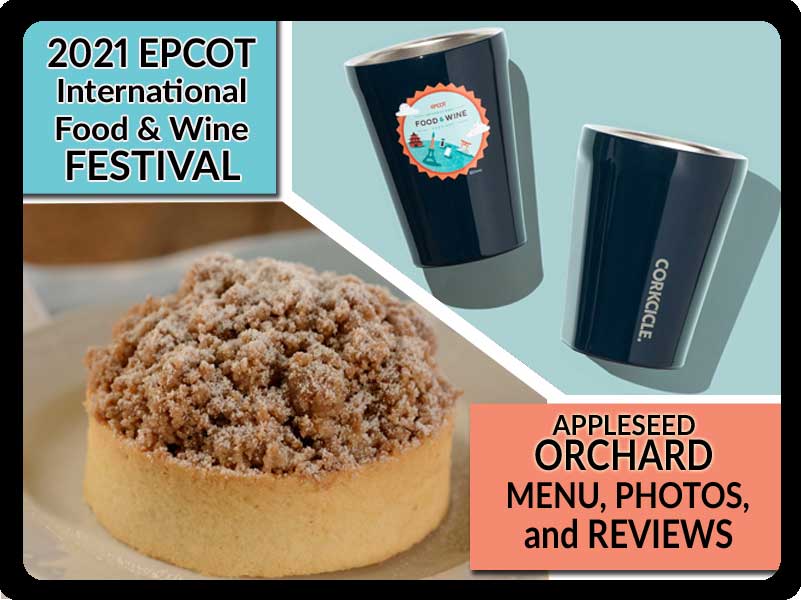 The 2021 Appleseed Orchard booth menu at EPCOT Food and Wine Festival offers up an awesome taste of fall by way of Florida. 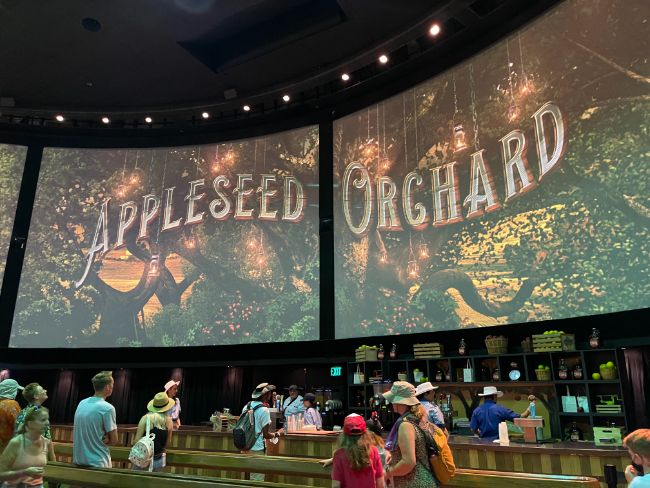 The Appleseed Orchard booth near Canada Theatre is a returning food booth, like many others at the festival.

From Disney: “Celebrate autumn with delicious apple creations paired with ciders and beers.” 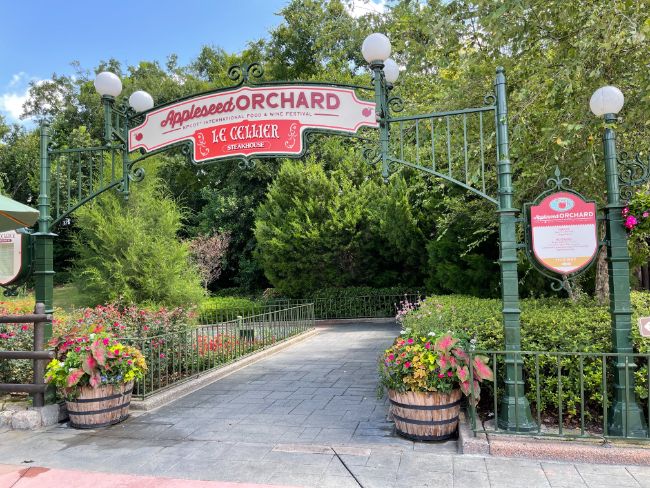 🍽️ ORDER UP: How do you like them apples? There are plenty of apple treats to like at the Appleseed Orchard, including a tasty tart and some sippable cider. 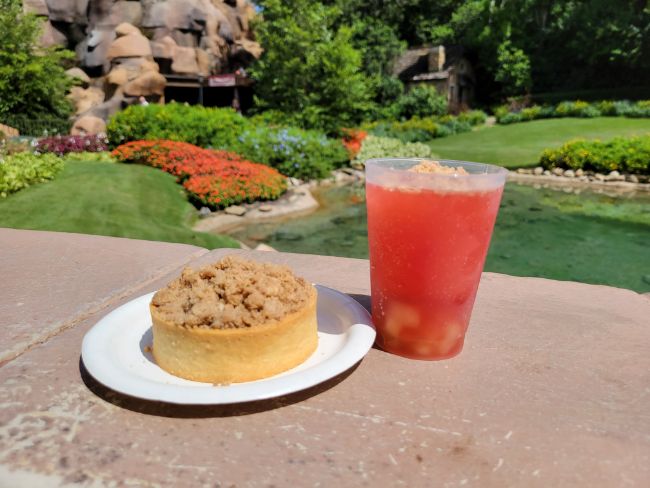 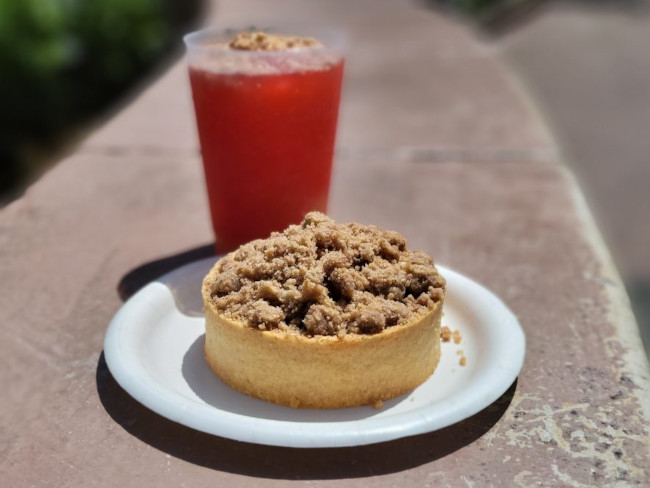 Communications Director, Tatjana Lazar: “A pretty good-sized dessert for the price! The interior could have been slightly warmer, but it was tasty nonetheless, and the crust was the right amount of flaky and crumbly.” 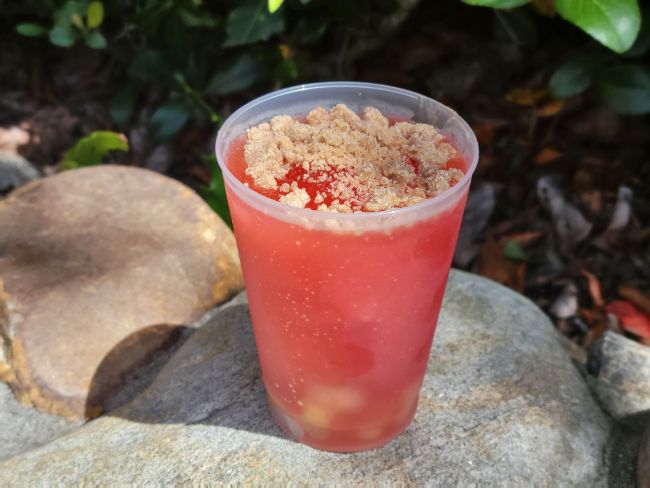 Communications Director, Tatjana Lazar: “I’m not usually a huge fan of slushy drinks but this was great! Not overly sweet, with a lovely cinnamon apple flavor.

“Those little crispy pie bits on top added a nice crunch to the drink and enhanced the apple pie taste, while the bottom on the drink has a layered of cold apple pie filling – making this a pretty substantial beverage.” 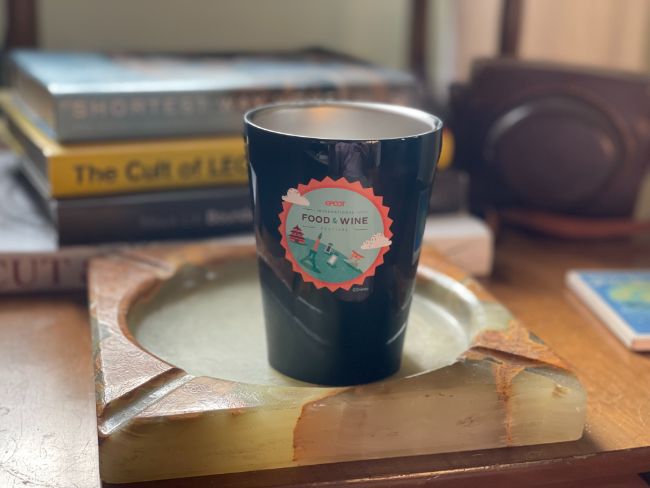 A few of our team members got the Corksicle tumbler, and it kept our drinks cold all day long! Our only wish was a lid for accidentally sloshing it around.

Make sure you check back for more reviews, food photos, and menu details for the 2021 Food & Wine Appleseed Orchard booth.