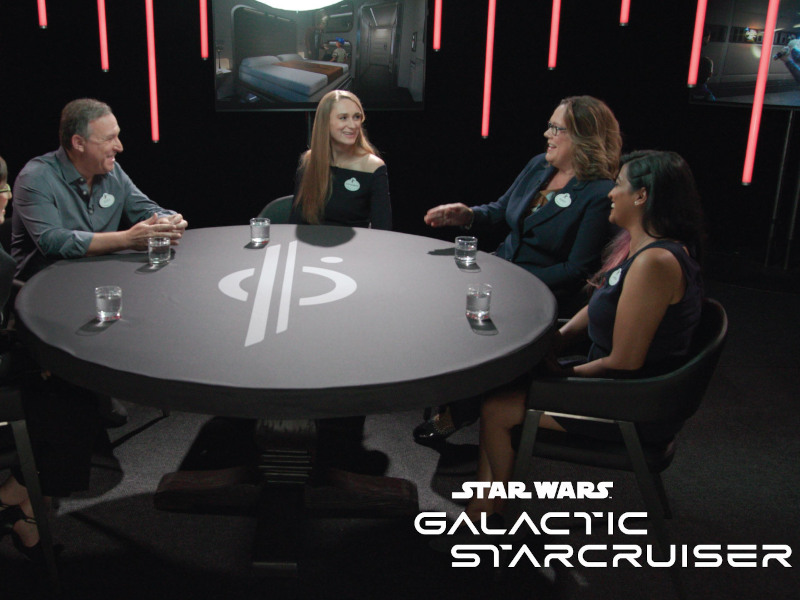 A time not that along in a galaxy due southwest of Orlando: It is a period of anticipation as eager Star Wars fans demand to know when the heck Walt Disney World will be opening its newest resort, Galactic Starcruiser. Panicked, we Star Wars experts refresh our favorite Disney news sites or scour social media for a hint of when the most immersive Star Wars experience ever designed will open.

But now that time has passed. 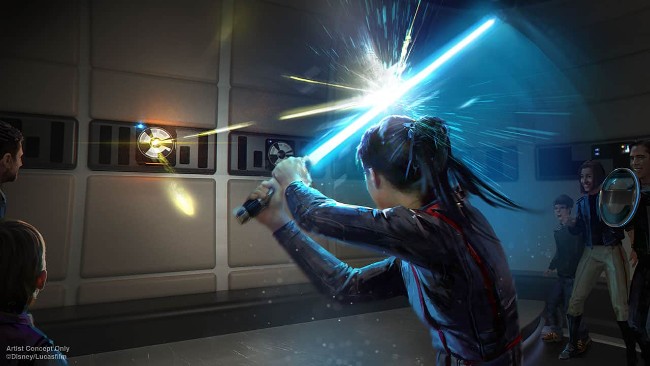 Yes, you can totally wield a lightsaber on The Halcyon. Photo courtesy of Disney

Today, Disney hit us with the best news this side of Endor: We’ll be able to book our stay in the incredibly immersive Galactic Starcruiser hotel as early as spring of 2022. A stay at Star Wars: Galactic Cruise is highly scheduled and packed with activities. Anyone who stays there must book their adventure for two nights.

During that time, guests will do everything from sleep overnight in their passenger cabins and capsules to learn to wield a lightsaber to dine at the Crown of Corellia Dining Room. And of course, every stay includes a trip to Galaxy’s Edge at Hollywood Studios via exclusive transport.

PHOTOS: The Food Aboard Galactic Starcruiser

In a video released by Disney (find it at the bottom of this post), we got a sneak peek into some of the immersive food to be found on the Halcyon ship that is our resort. The food looks—there’s no other way to say it—out of this world. 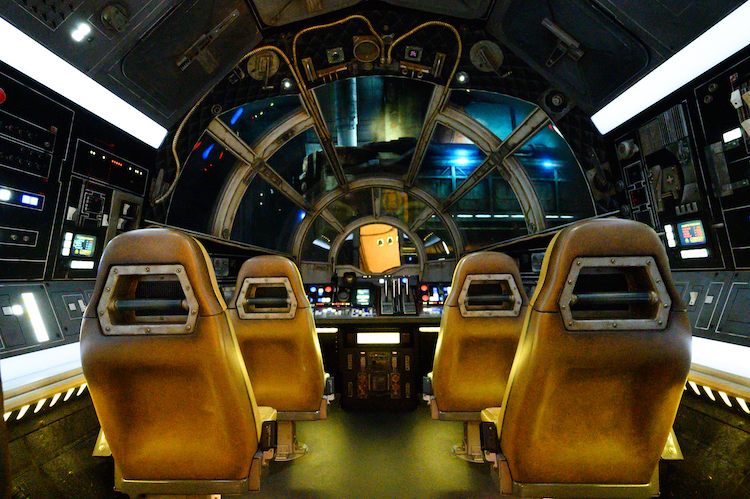 The premise of one of the attractions at Galaxy’s Edge, Millennium Falcon: Smugglers Run, is that you’re on board the most famous ship in the galaxy, attempting to smuggle some coaxium to sell to a mysterious buyer. On the ride, you will act as either a pilot, engineer, or gunner as your team fights to steal as much as you can.

But what is it all for? When you stay about the Galactic Starcruiser, you’ll learn the backstory of the ride and understand why you’re undergoing this dangerous mission—and then deliver the coaxium to the buyer later on. 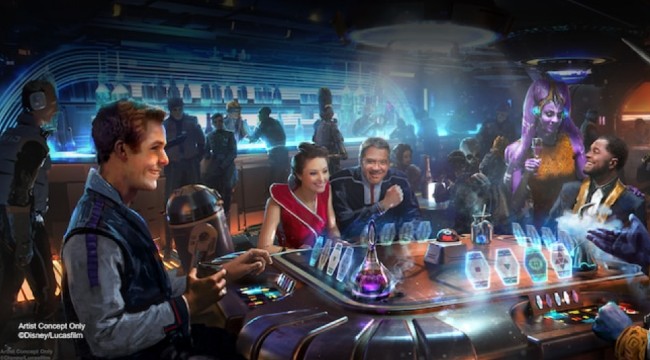 Rendering of the lounge inside Galactic Starcruiser. Photo courtesy of Disney

A key part of the stay at the Galactic Starcruiser is that each guest gets their own individual story that will play out during their time aboard the Halcyon. But Imagineers have extended this story into the excursion to Galaxy’s Edge. So even as you leave the resort and have your time to explore inside Hollywood Studios, you can still live out your unique story.

“And we’re giving you ways to see and explore the land, but we’re giving you the lens of ‘it’s continuing the story that you’re living out over those two days,” says Ann Morrow Johnson, Executive Producer & Creative Director, Walt Disney Imagineering. “I really hope that guests are encouraged to stay in that story and live out all the storylines.”

VIDEO: “It Takes a Village to Build a Starship”

Stop everything you’re doing and for the next 19 minutes, watch this amazing video featuring real Imagineers as they talk through the immersive experience of Galactic Starcruiser.

Are you excited about Star Wars: Galactic Starcruiser opening? How soon will you be booking your transport out of the Milky Way?