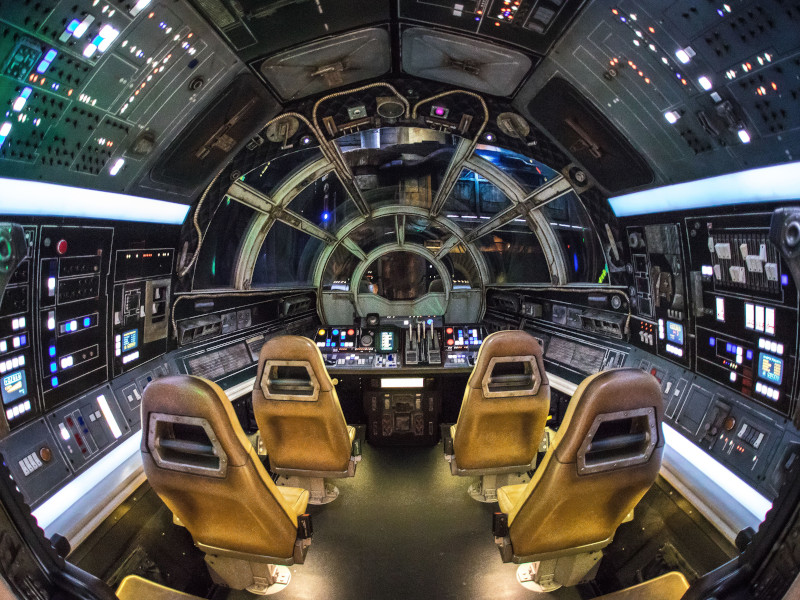 Check out these 5 scruffy Millennium Falcon: Smuggler’s Run facts to make your mission a success during your next trip to Batuu!

We’ve all dreamed of piloting the Millennium Falcon since the first time we watched the Star Wars movies– and thanks to the magic of Disney, now you can actually set foot on and help fly the Corellian freighter.

An out-of-this-world adventure awaits you at Star Wars: Galaxy’s Edge as you smuggle valuable coaxium across the galaxy for Ohnaka Transport Solutions. However, you may not realize that your covert mission harbors many intriguing secrets.

Here are five Millennium Falcon: Smugglers Run facts that will make your next ride even more memorable!

1. THE FIRST OF ITS KIND 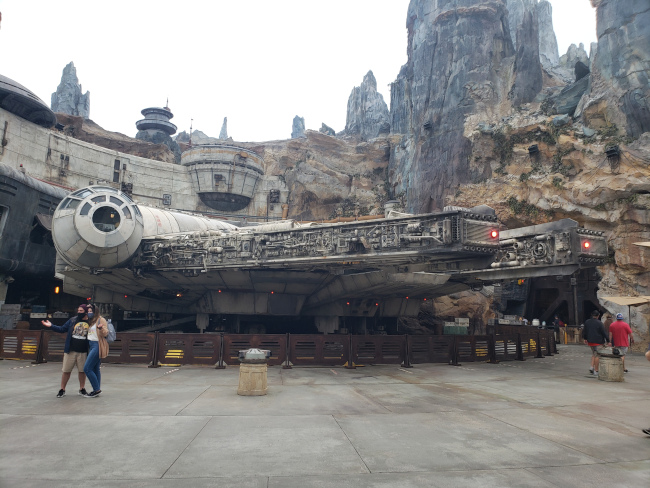 Although the Millennium Falcon is the most famous starship from this beloved franchise, it’s never actually been constructed in its entirety — until now.

While the freighter has been constructed in fragments, scale models, or as hollow shells over the years, no replica has ever been as complete as the one you get to walk through.

It took the finances and hard work of Walt Disney World to accomplish this Force-inspired feat.


Thanks to readers like you, we’re able to bring you the facts without bombarding you with annoying ads. Please consider supporting us directly by subscribing to our print edition, and make sure  to sign up for our FREE newsletter so you never miss out on the latest at Disney World! 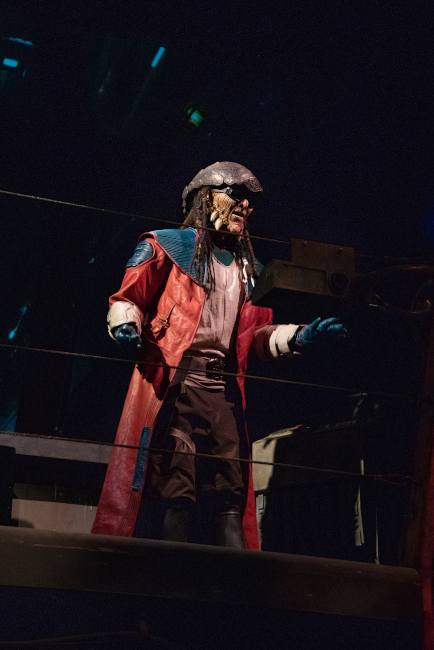 Weequay smuggler Hondo Ohnaka is seeking pilots, gunners, and engineers for his cross-galaxy cargo runs– and you’ve taken a job with him!

The animatronic pirate welcomes you as you enter and gives you a brief orientation for your mission. You might not recognize his voice, but you’ve undoubtedly heard it before.

Cummings has brought numerous Disney characters to life over the years, including many from the Disney Afternoon lineup of shows: Pete on Goof Troop, Don Karnage on Talespin, Monterey Jack on Chip ‘n Dale Rescue Rangers, and St. Canard’s own Darkwing Duck.

Cummings also voices Hondo in the character’s appearances on the Star Wars: The Clone Wars and Star Wars Rebels series. 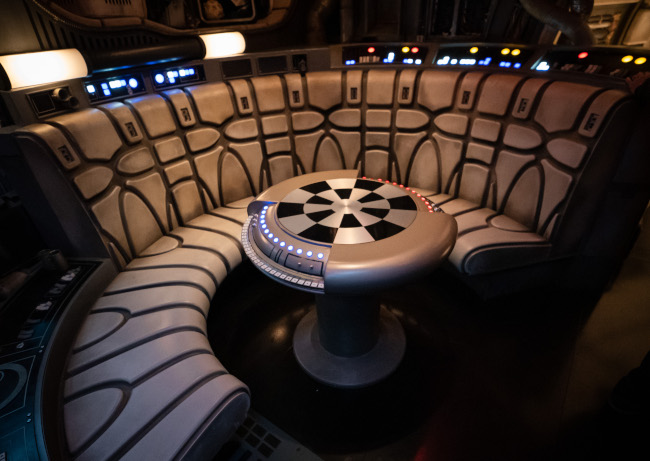 As you board the Millennium Falcon for your intergalactic expedition, you’ll pass through highly detailed reconstructions of the original movie sets.

One alcove in particular will look familiar to fans: the lounge where R2-D2 played holochess against Chewbacca.

The fictional game –called Dejarik– pits two players against each other as they control miniature monsters in a virtual strategic battle.

After getting your picture taken sitting next to this circular board, you can actually buy your own playable copy of Dejarik at the Toydarian Toymaker booth in the marketplace. Although this edition doesn’t use holographic creatures, it does come with detailed figurines, as well as a high-quality wooden board and directions for how to play. 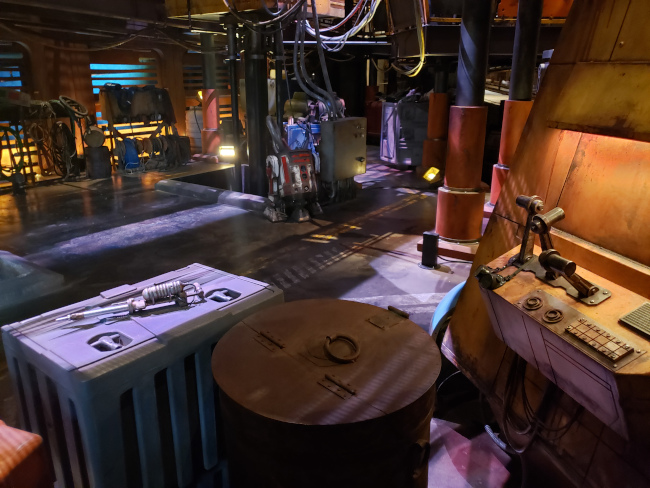 If you’re a fan of interacting with your environment and finding hidden surprises, the Play Disney Parks app is a must-have as you transport contraband throughout the galaxy.

In addition to the usual achievements and interactive content provided by the app throughout the resort’s parks and hotels, having the Play Disney Parks mobile app lets you decode messages written in alien languages, perform a scavenger hunt, and obtain special bonuses.

You can even log your score every time you ride Millennium Falcon: Smugglers Run! 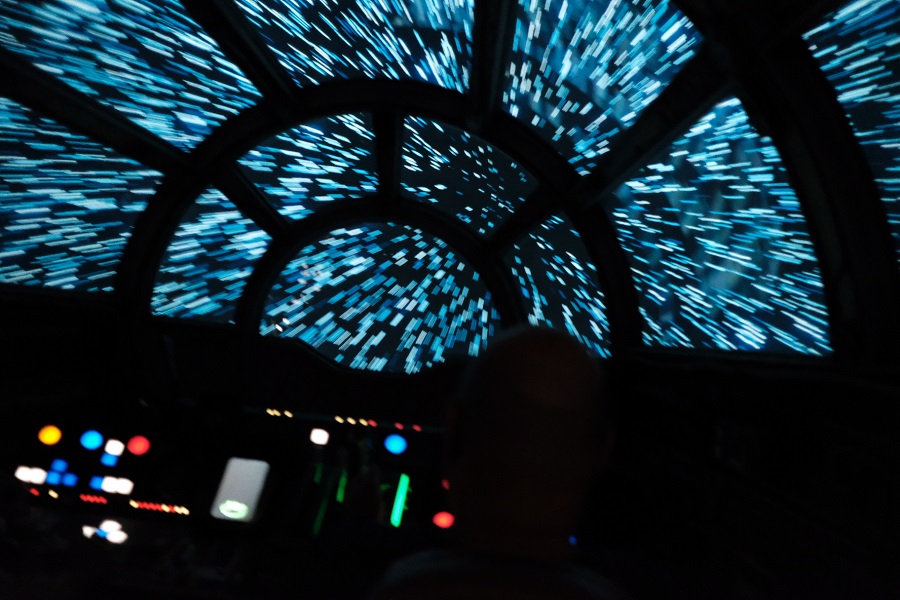 The cockpit of the Millennium Falcon houses over 200 interactive switches, knobs, and buttons– and it’s up to you to press the right ones.

Depending on the role you’ve been assigned, you will either have to help pilot the freighter or shoot targets throughout the operation.

Don’t be afraid to play around and see what everything does. Depending on which buttons you activate, your flight can vary substantially, so make sure you ride multiple times– and then try all three of the roles!

What’s YOUR favorite attraction at Star Wars: Galaxy’s Edge? Tell us in the comments on our Facebook page, and learn some other fascinating trivia about Batuu and other areas in Disney’s Hollywood Studios by reading WDW Magazine!