Rainy Season in Orlando: How to Plan for the Weather at Disney World 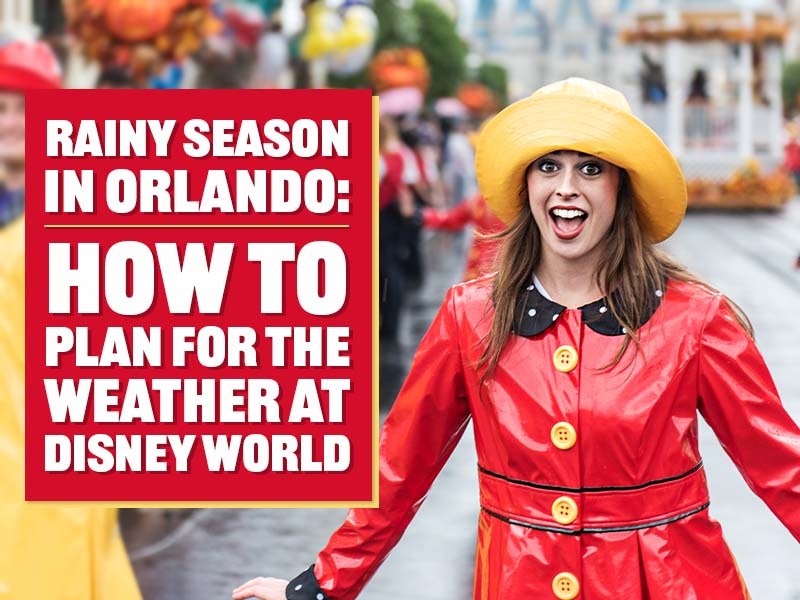 When is rainy season at Disney World, and when it at its most unbearably hot? Planning for the weather ahead of your Disney trip is a good idea; scroll on to learn about the hot, cold, and rainy season in Orlando.

Tools like Disney World crowd calendars can help you avoid busy seasons; resources like our own popular planning edition of WDW Magazine (available digitally) can inspire unique ideas for your trip; and a certified Disney Travel Agent can step in when you’ve just had enough of planning.

One important thing to plan for is the weather at Walt Disney World. Knowing about rainy season in Orlando is crucial to ensuring you pack strategically before your flight. And if you hate hot and humid weather, you may just want to postpone your trip until winter.

Use our guide to the weather at Disney World when booking your next trip:

When Is Rainy Season at Disney World?

Rainy season in Orlando runs from June through September. If you are traveling to Disney World during those months, there’s a strong chance that you will encounter a thunderstorm almost every day. 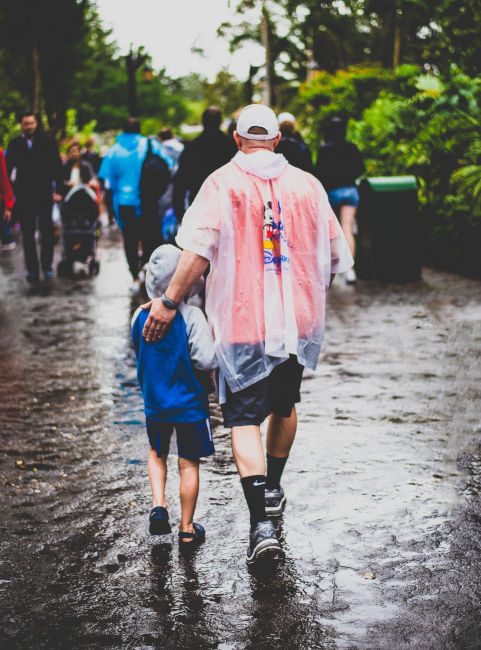 It rains a lot at Disney World, especially in the summer. Photo by Judd Helms

But rain passes quickly at Disney World. One minute you could be standing in a torrential downpour, and the next minute, that Florida sun will be beating down your back.

The list below shows the average rainfall in Orlando, based on 2022 US Climate Data:

As you can see, rainy season in Orlando runs from June through September, but Disney World clearly gets a decent amount of rain throughout the year.

Not surprising, hurricane season at Disney World lines up with rainy season in Orlando. According to the Florida Climate Center, the threat of hurricanes runs from June 1 until Nov. 30. 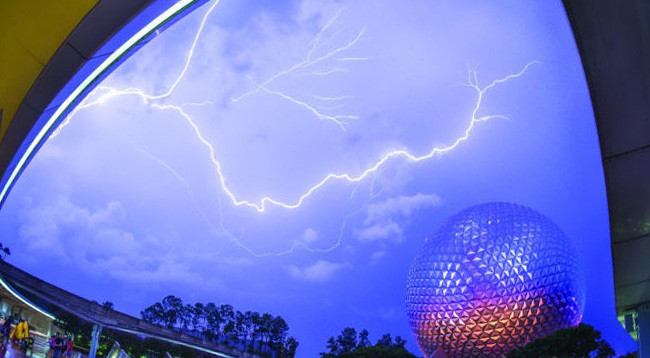 Rainy season in Orlando is no joke. When it rains at Disney World, it pours, especially during hurricanes. Photo by Judd Helms

While Orlando is inland, it can still be affected by hurricanes. Walt Disney World has had to close down multiple times as it braced for hurricanes. But don’t worry: Your favorite Disney World attractions were specifically built to withstand high winds from hurricanes.

Unless the hurricane is barreling straight toward Orlando, Disney World can typically stay open during hurricanes in other parts of Florida. Monitor the weather closely, and review Disney World’s hurricane policy if you’re concerned your trip will be impacted.

What to Do When It Rains at Disney World 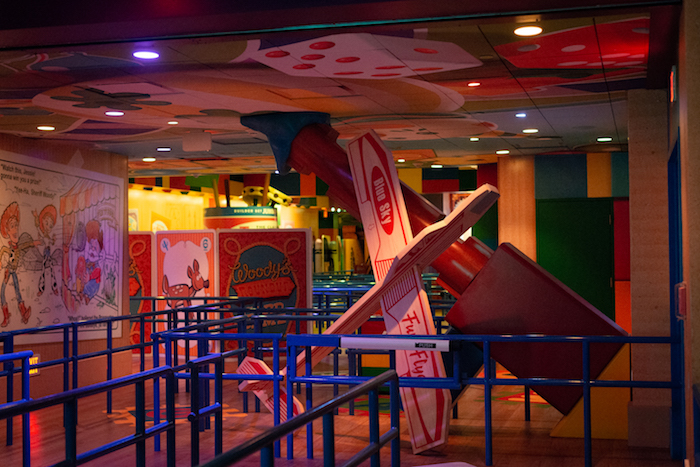 Rain during your Disney World vacation is almost inevitable, but don’t sweat it. There are plenty of things to do when it rains at Disney World. Here are some of our favorites: 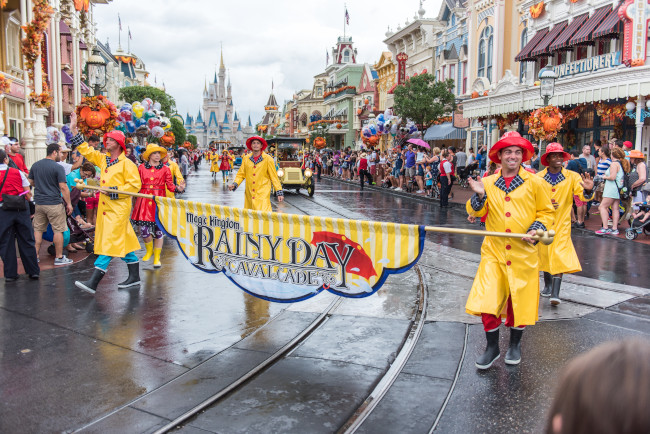 What to Pack for the Rain at Disney World 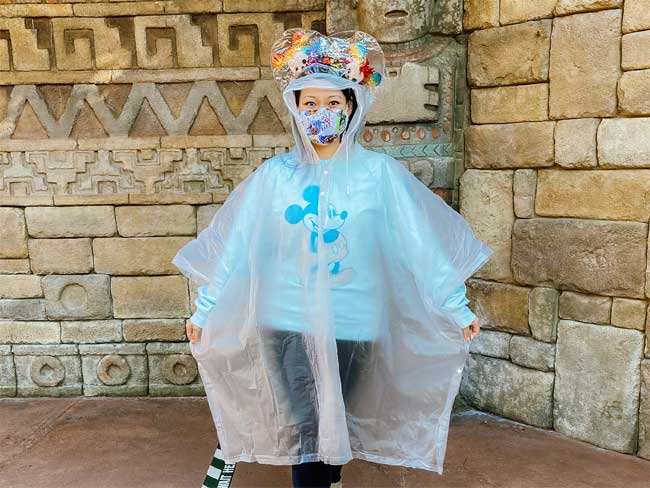 Packing a poncho is smart when visiting during rainy season in Orlando. Photo by Tina Chiu

Check out our comprehensive Disney World packing list if you’re a first-time visitor. But if you’re thinking about packing specifically for Orlando’s rainy season, make sure you add:

When Is It Hottest at Disney World?

Orlando is hot year-round, but it is of course worse during the summer months. The hottest months at Disney World are May through October with peak heat June through August. 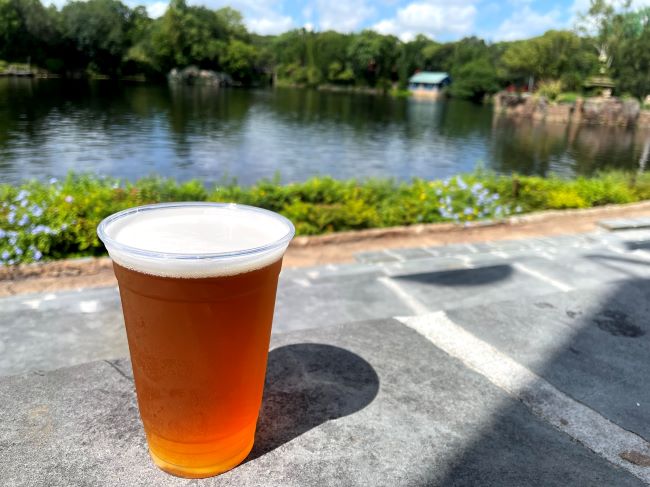 Having a beer at Animal Kingdom is nice on a hot day, but make sure you drink plenty of water. Photo by Timothy Moore

Below are average highs for each month in Orlando, based on 2022 US Climate Data

Orlando’s heat is compounded by its humidity. Be ready to feel constantly damp from your own sweat, the rain, and the moisture that is just thick in the air all summer long.

Even in winter months, Orlando averages at least 50% humidity, but from June through September, humidity hovers above 70%.

How to Stay Cool at Disney World 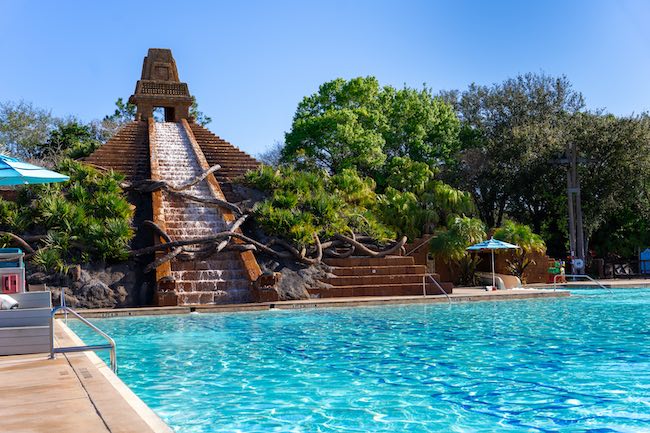 When it’s too hot out, a pool day at your resort might be in order. Photo by Danny Shuster

So how can you stay cool at Disney World? Here are a few tips to beat the Orlando heat:

What to Pack for the Heat at Disney World 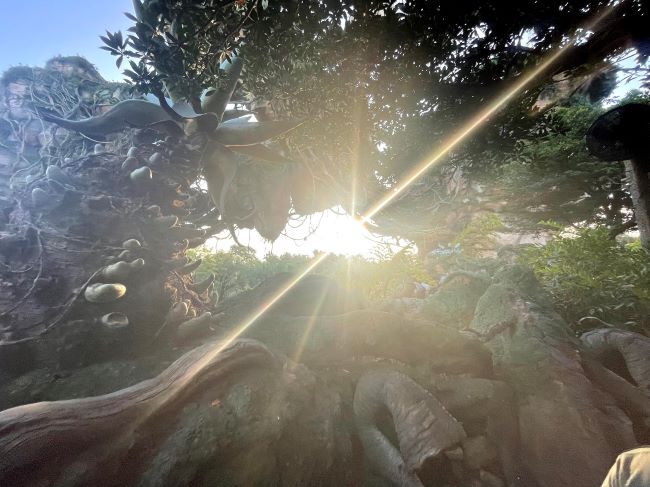 No matter where you go, the sun will find you at Disney World. Photo by Timothy Moore

Packing for the heat is essential. Here’s what your park bag should have on hot days at Disney World:

Bonus Tip: If you’re prone to chafing when walking long distances, especially in the heat, pack your favorite anti-chafing protection. Even a small container of Vaseline and some baby powder can work wonders.

Does It Ever Snow at Disney World?

While nothing is impossible, it has not yet actually snowed at Disney World. In the winter months, temperatures can go below freezing in Orlando, and meteorologists have predicted flurries. But actual snow has not fallen at Disney World.

However, that doesn’t mean you can’t see snow at Disney World …

How to See Snow at Disney World

Leading up to the Christmas holidays, Disney World likes to sprinkle snoap over some of its parks. No, it’s not snow; it’s snoap. 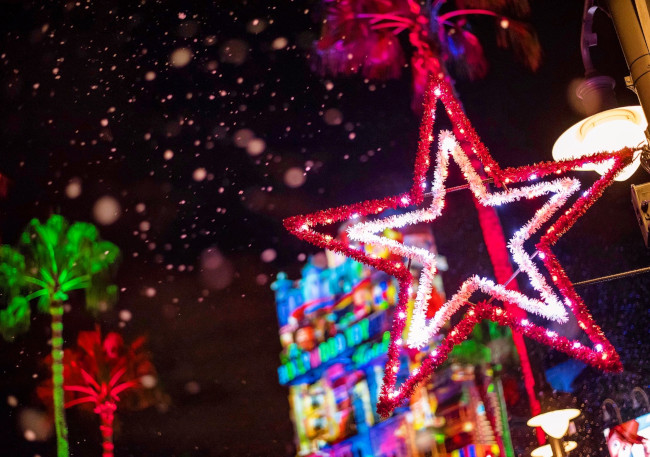 To create a snow-like consistency for holiday snowfall over guests, Disney uses soap (which is why it’s called snoap) shot out of machines above the crowds.

While seasonal offerings change from year to year, you can typically experience snowfall at Disney World during Magic Kingdom’s Christmas party, during Sunset Seasons Greetings at Hollywood Studios, and even while shopping at Disney Springs. 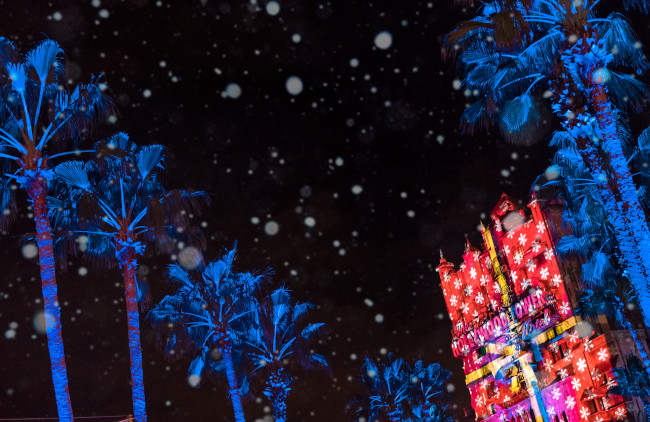 Rainy season in Orlando runs from June through September, but then, it can rain any time during the year—and hurricane season stretches for six months. It’s hottest at Disney World during the summer months, but it rarely dips below freezing in the winter. And while you can’t find actual snow in Orlando, Disney does a good job at creating snow for its guests each holiday season.

The weather can be unpleasant in Orlando, but none of that matters when you’re at the Most Magical Place on Earth. Enjoy your trip!