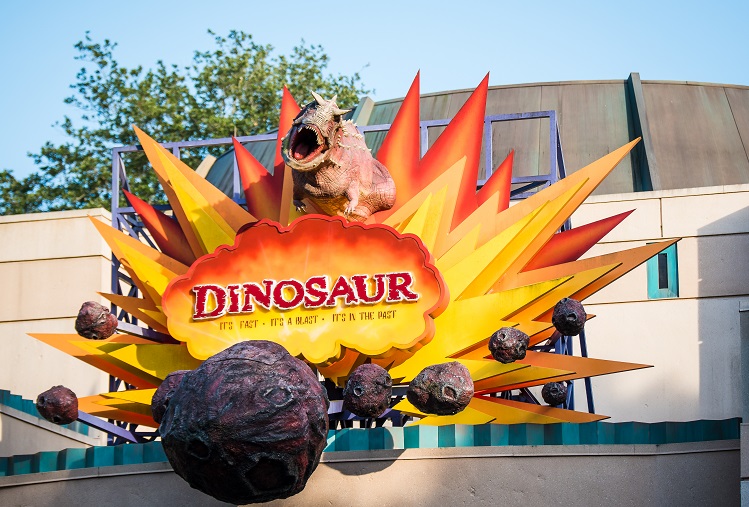 My name is Britta and I am a Dinosaur fanatic!

From the bride and groom T-rex cake toppers on my wedding cake to my obsession with The Good Dinosaur, Dinoland U.S.A, and finally, the DINOSAUR attraction in Animal Kingdom, nothing makes me happier than our extinct, scaley brothers and sisters.

To me, DINOSAUR is a perfect attraction; it’s like a roller coaster but also not at all like one for those of us (like yours truly) who have a little harder time enjoying all the G’s the aforementioned provides.

While the twists, turns and (controlled) sudden drops may have you screaming at the top of your lungs, it also has you chortling as you are hurled into the face of danger on the hunt for your additional passenger- extra-large!

We all know what we love about DINOSAUR, but what makes this attraction so special are those Disney details and fun little factoids you aren’t thinking about when faced with the carnivorous jaws of the PhotoPass. Let’s take a little trip back in time as we dig up some fun artifacts about this thrilling, complex Disney attraction. Seat belts? Wear ‘em.

If you can imagine, the original attraction, Countdown to Extinction, was even more intense than what is now DINOSAUR. Instead of a kidnap mission, you were taken back in time on an excursion when dinosaurs still roamed the earth.

In May 2000, the attraction was changed in name and theme to coincide with the Disney film Dinosaur. True to Disney fashion, the Imagineers were eager to share the excitement of this thrilling ride with even more guests, including little hatchlings and those of us who roam the land in search of all the thrills minus the head and body aches.

DINOSAUR became accessible to littles of just 40 inches tall instead of the prior 46-inch requirement. Some of the scary ‘roars’ and various dinosaur noises were toned down as well as some of the super scary imagery. It’s hard to imagine this attraction even more intense, but OG Disney fans may recall the prior before it became extinct and was replaced with the more tame DINOSAUR we know and love. 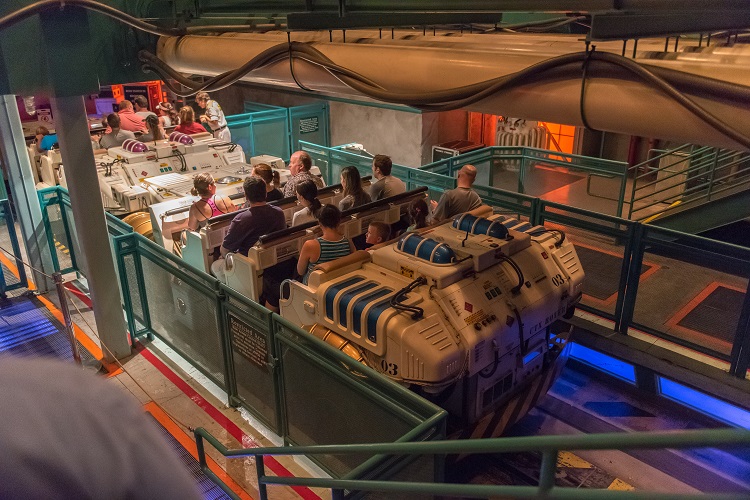 We’re not gonna make it! Photo by Laurie Sapp

If you’ve ever stood in line for DINOSAUR, you may have noticed some red, yellow and white pipes labeled with chemical formulas in this detailed, amazing queue.

This is because the fast-food restaurant with the best fries in all of the land (fight me!) McDonalds, of course, once sponsored Dinoland U.S.A.  The colors on the pipes represent ketchup, mustard, and mayonnaise—I’ll let you relish in that thought for a bit.

Make no bones about it, the Carnotaurus seen on DINOSAUR differs slightly in name and aesthetics than the actual dino. This aptly named ‘Carnotaurus Robustus Floridian’ is taller with more textured skin and chunkier thighs. You know you’ve made it big when you can create a new species! One of the many examples of the ways Imagineering continues to impress us!

4. This Attraction Does not Double as a Water Park

Before the reimagining that eventually became DINOSAUR, guests thought it would be cool to swim with the Iguanodon outside of this thrilling attraction.

While admittedly, that sweet lil’ herbivore was quite inviting without a barrier between it and the fountain, Disney eventually built a barricade as a friendly reminder that the fountain is for photo ops and visual enjoyment only. 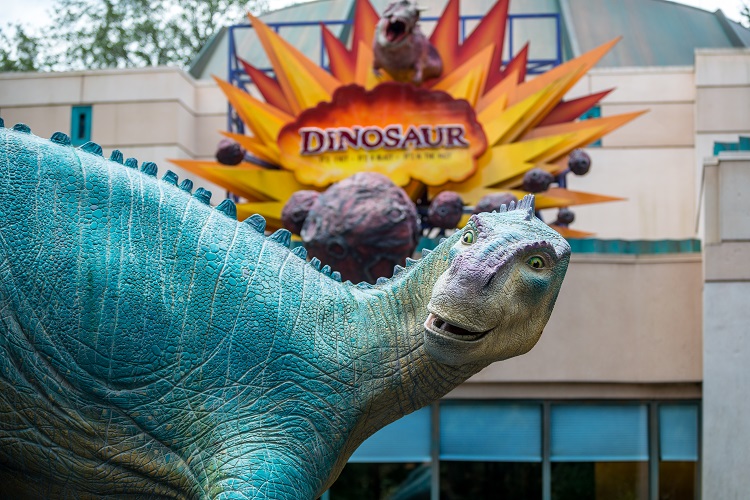 The Iguanadon wades solo in the fountain outside DINOSAUR at Animal Kingdom. Photo by Cliff Wang

When DINOSAUR first opened, the now static Compsognathus dinosaurs used to actually jump across the time rover or EMV track!

This could have been a change that was implemented with the ‘toning down’ of the attraction when it was reimagined to DINOSAUR from Countdown to Extinction. A tiny little tweak that could make the difference between a guest enjoying the attraction and skipping it altogether.

Animal Kingdom teaches us so much about the lovely creatures that inhabit this vast planet with us as well as having an entire land dedicated to those magnificent beasts that came before us.

The film DINOSAUR is such an underrated unique film, and Disney took full advantage of its value by breathing life into it in the form of a breathtaking (quite literally!) attraction with some of the largest, most detailed animatronics on Disney property.

DINOSAUR is always my first stop in the Animal Kingdom and I can’t imagine Dinoland U.S.A without this attraction.