Where to Find All the Disney Fab 50 Statues in Hollywood Studios: A Detailed Guide 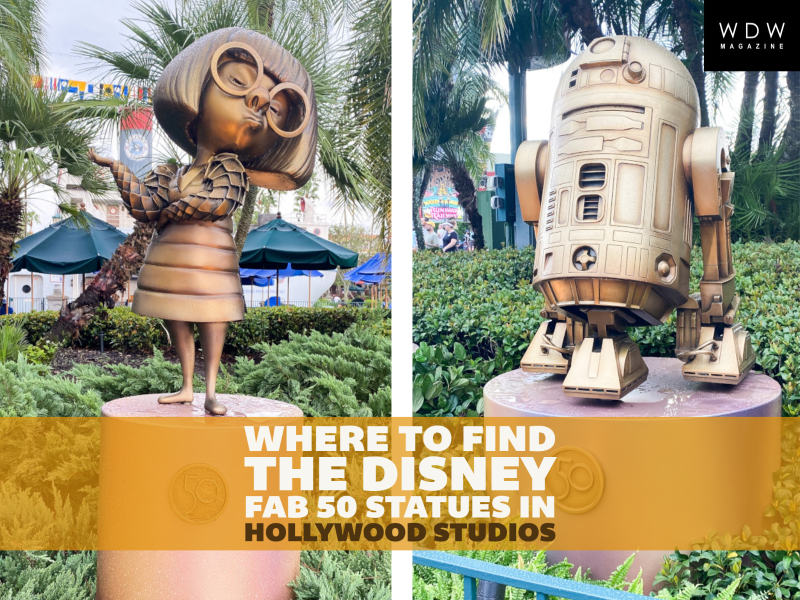 Here’s where to find each of the Disney Fab 50 statues in Hollywood Studios.

What Are the Hollywood Studios Fab 50 Statues?

In total, there are nine characters represented across seven individual statues in Hollywood Studios. They are:

Where Are the Hollywood Studios Fab 50 Statues?

Wondering where to find the Disney Fab 50 statues in Hollywood Studios? We’ve broken down how to find each statue, one at a time.

I’m still a little salty that we have Bo Peep instead of Buzz Lightyear, but this isn’t the time or place because you are on the hunt for the Woody and Bo Peep statue! You’ll find the gold Woody and Bo Peep Fab 50 statue in front of the Chinese Theater, home to Mickey and Minnie’s Runaway Railway (near the extended queue area).

Yep, that’s right: They are strangely not in Toy Story Land. 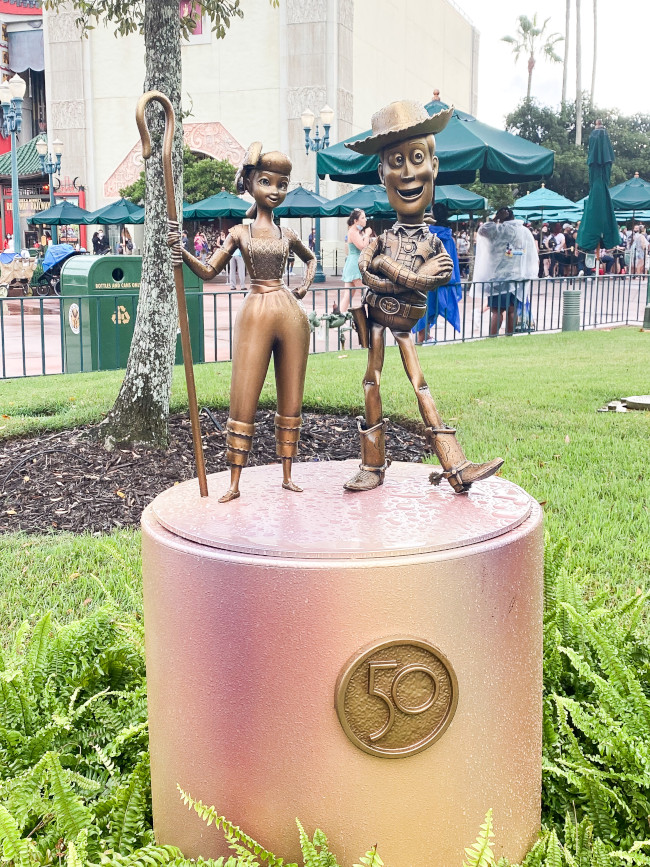 Another Pixar classic, Edna Mode is not far from Woody and Bo Peep. She’s standing in the bushes just in front of For the First Time in Forever: A Frozen Sing-Along Celebration and Dockside Diner. 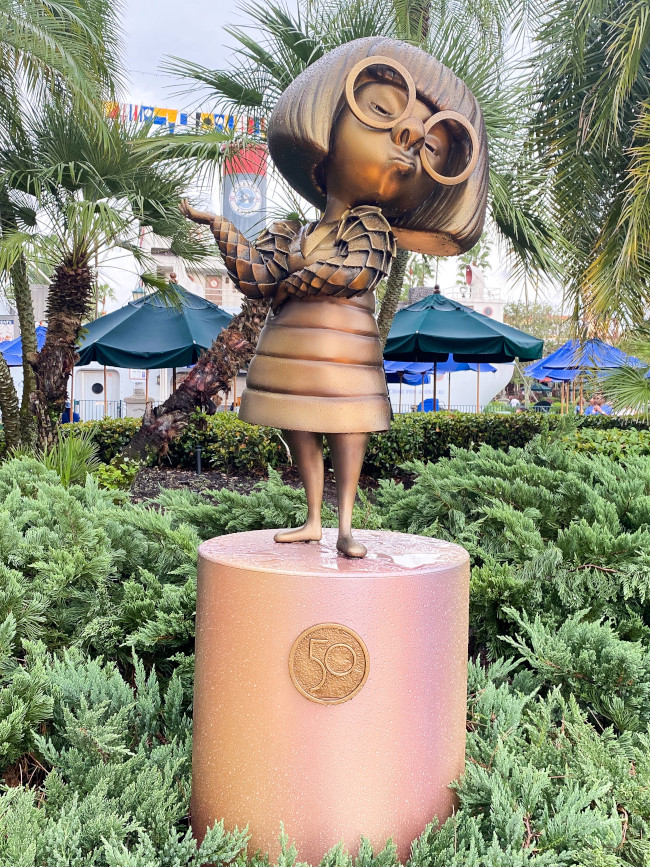 Quite close to Edna is another fan favorite from The Incredibles. Frozone is just chillin’ (get it?) in the landscaping, also in front of the Frozen attraction (that had to be intentional, right?) and Dockside Diner. 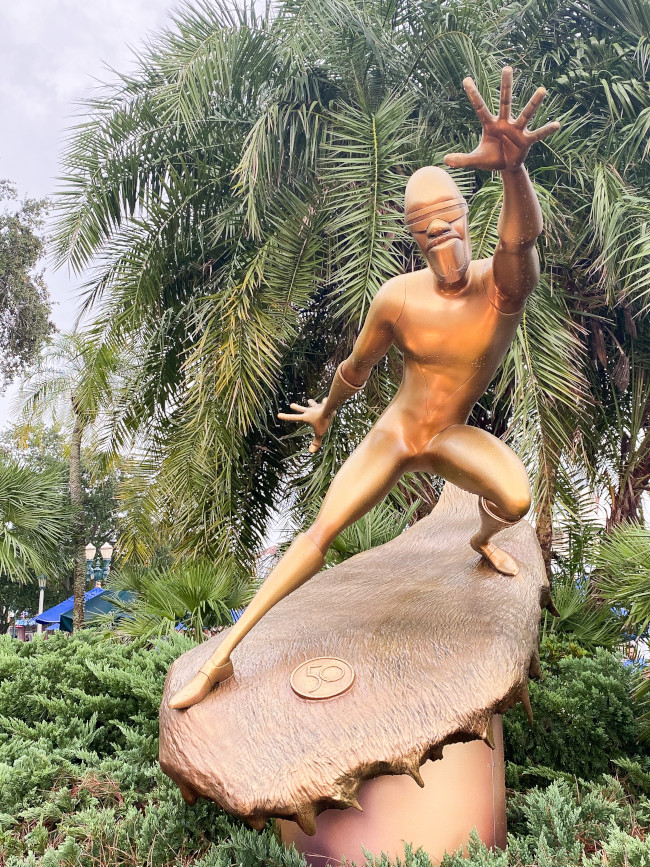 The final Pixar contribution is Joe Gardner from Soul, at a floating keyboard. He’s not far from the Chinese Theater hub, near Brown Derby Restaurant and just to the right of the Hollywood Studios archway that you’ll speed through when you’re rope dropping Slinky Dog Dash. 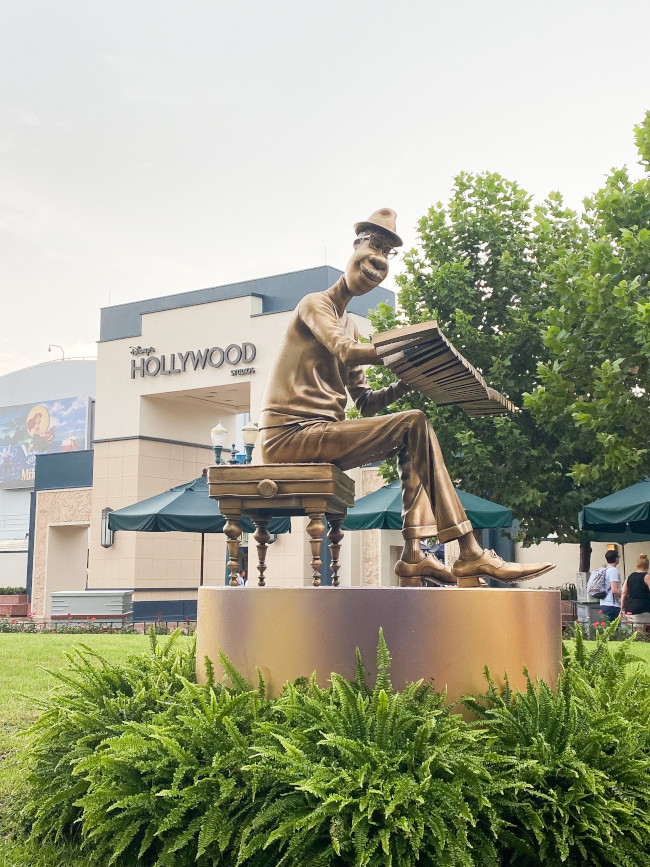 The only characters from proper Disney animated classics in Hollywood Studios, Flounder and Sebastian are just to the left of Joe Gardner in front of the Hollywood Studios archway, which makes sense since Voyage of the Little Mermaid is situated just on the other side. 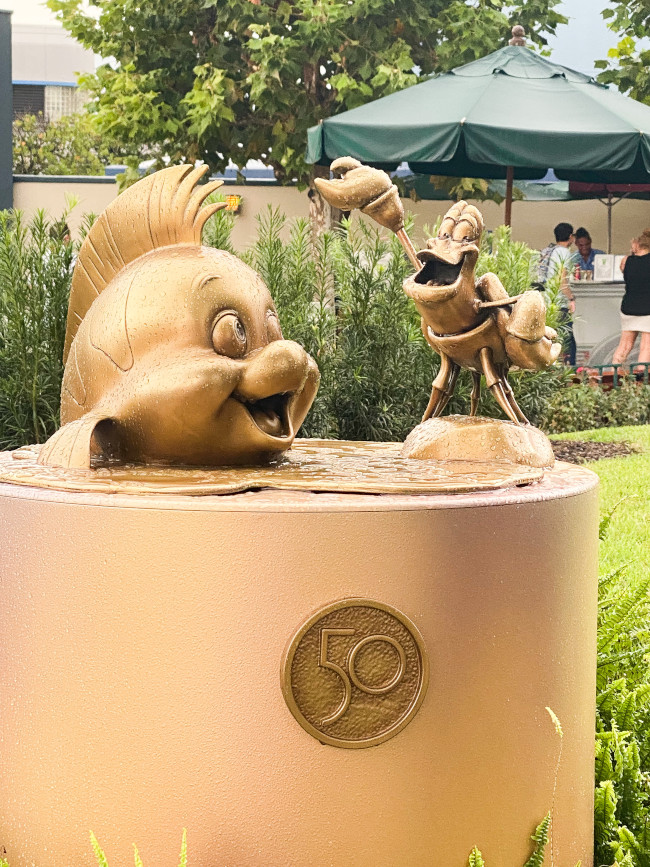 R2-D2, a droid for the ages, is also standing in the hub near the Chinese Theater, in some landscaping near Dockside Diner. He’s with his bestie, BB-8, though they are separate statues. 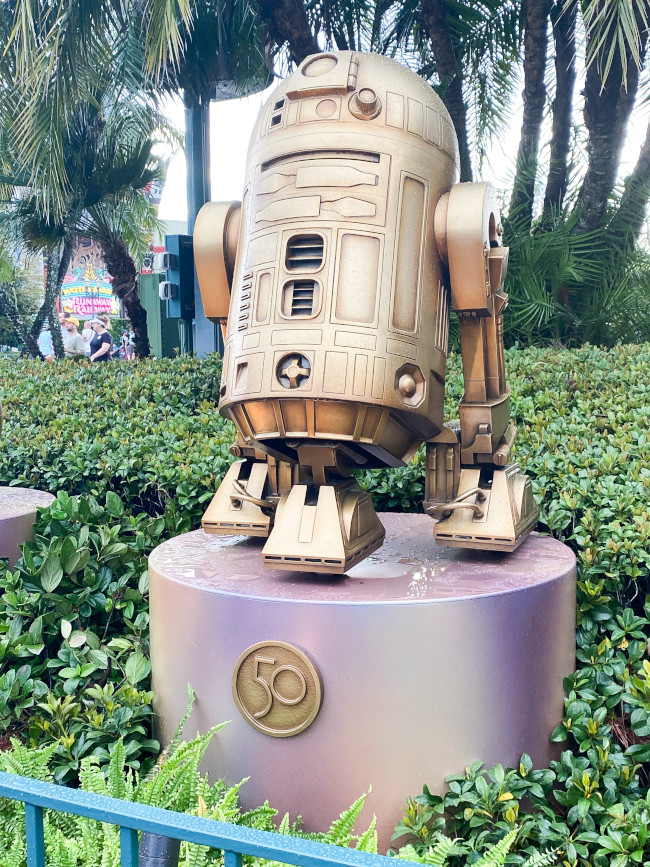 Finally, BB-8 is posing just next to R2-D2 in the hub near Dockside Diner by the Chinese Theater. You can easily fit both droids in a single picture.

Why they’re not in Galaxy’s Edge is beyond me. 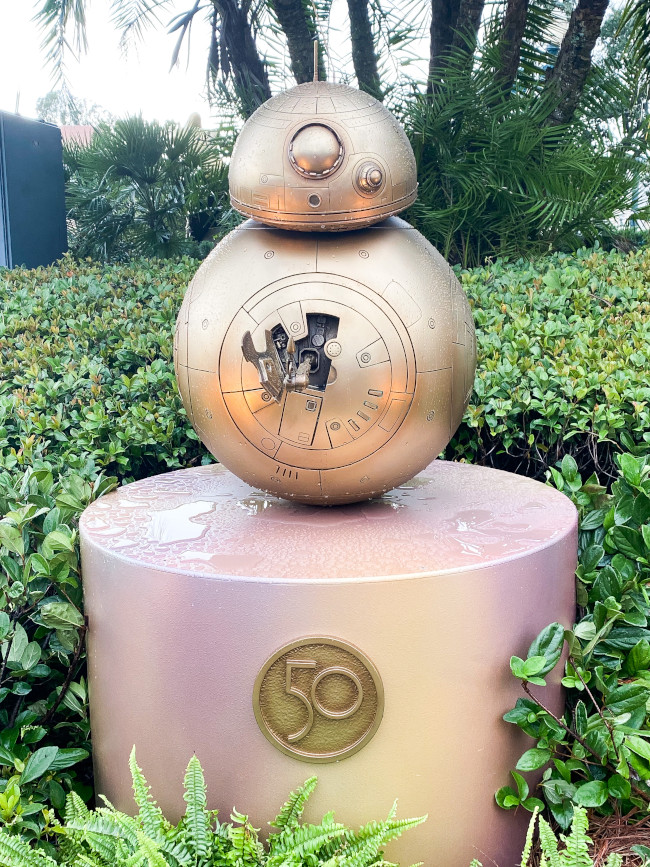 A map may be more helpful, though since these are all in the hub near the Chinese Theater, you should have an easy time locating all the Disney Fab 50 statues in Hollywood Studios in just a matter of minutes. 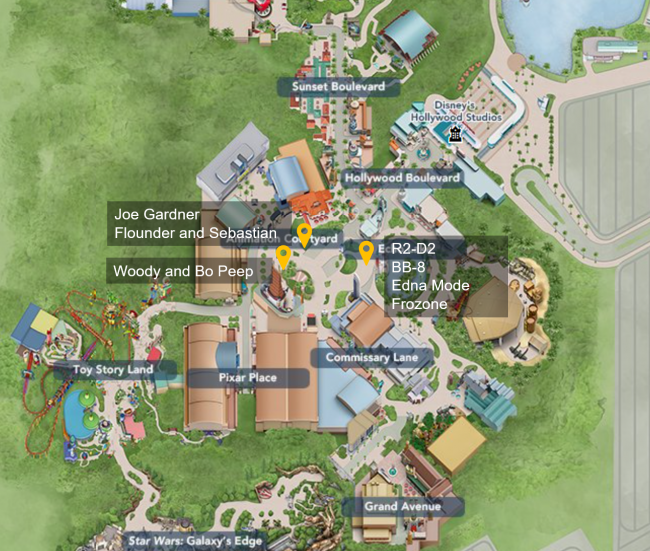 We’ve got guides for other Walt Disney World Park statues:

Have you found all the Disney Fab 50 character statues in Magic Kingdom? Share your pics on our Facebook page!