Where to Find All the Disney Fab 50 Statues in EPCOT: A Detailed Guide 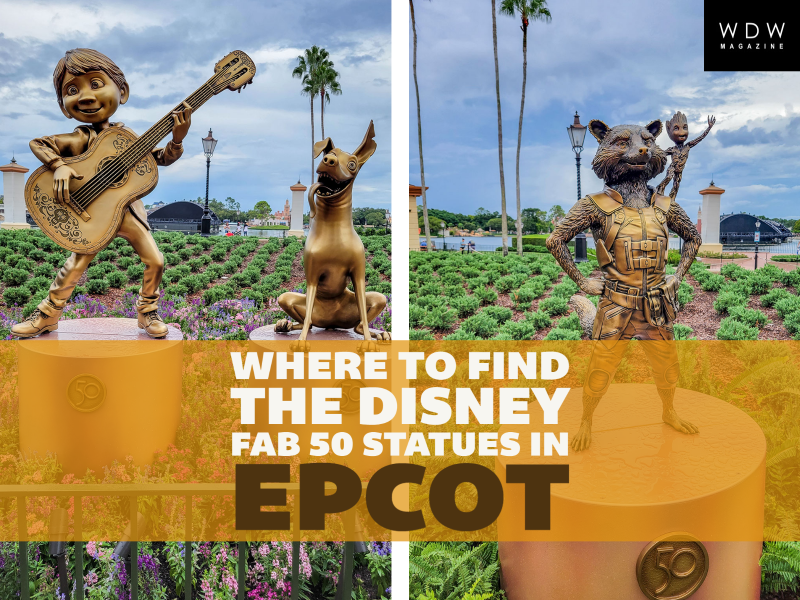 Here’s where to find each of the Disney Fab 50 statues in EPCOT.

What Are the EPCOT Fab 50 Statues?

In total, there are nine characters represented across six individual statues in EPCOT. They are:

Where Are the EPCOT Fab 50 Statues?

Wondering where to find the Disney Fab 50 statues in EPCOT? We’ve broken down how to find each statue, one at a time.

You’ll find Figment hanging out by himself on the bridge that connects World Showcase and World Celebration (formerly Future World). 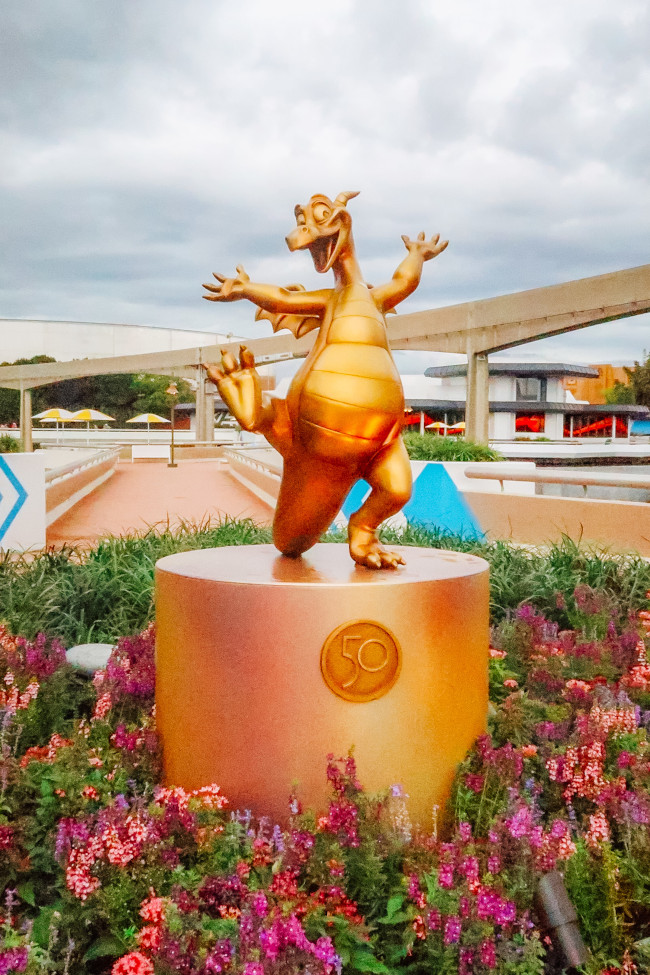 Miguel is hanging out in Showcase Pavilion, between Canada and his home country of Mexico. More specifically, you’ll find him between Disney Traders and Port of Entry. 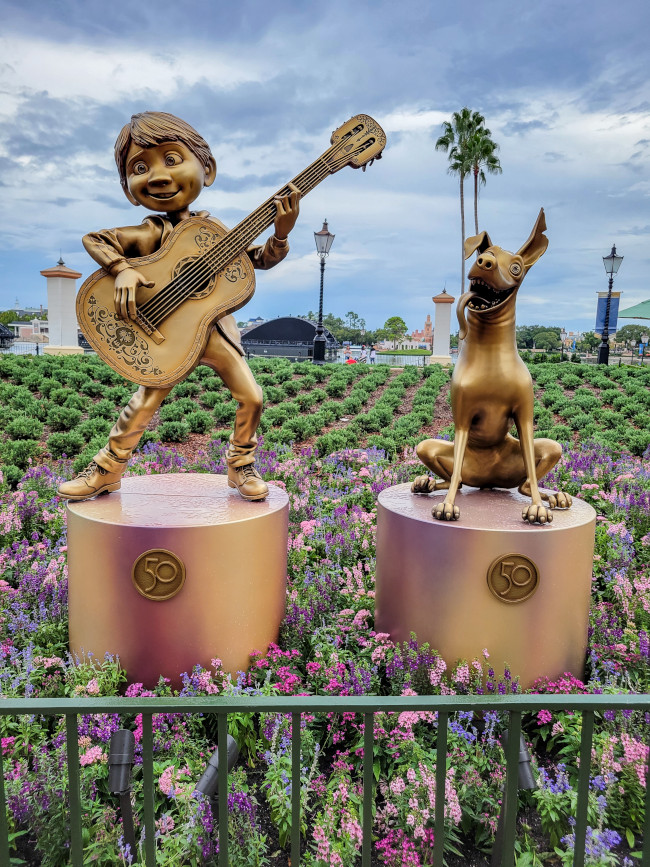 Not only is Dante Miguel’s canine friend, he’s also his spirit guide. Not surprising then that, though a separate statue, Dante is situated right next to Miguel in between Port of Entry and Disney Traders. 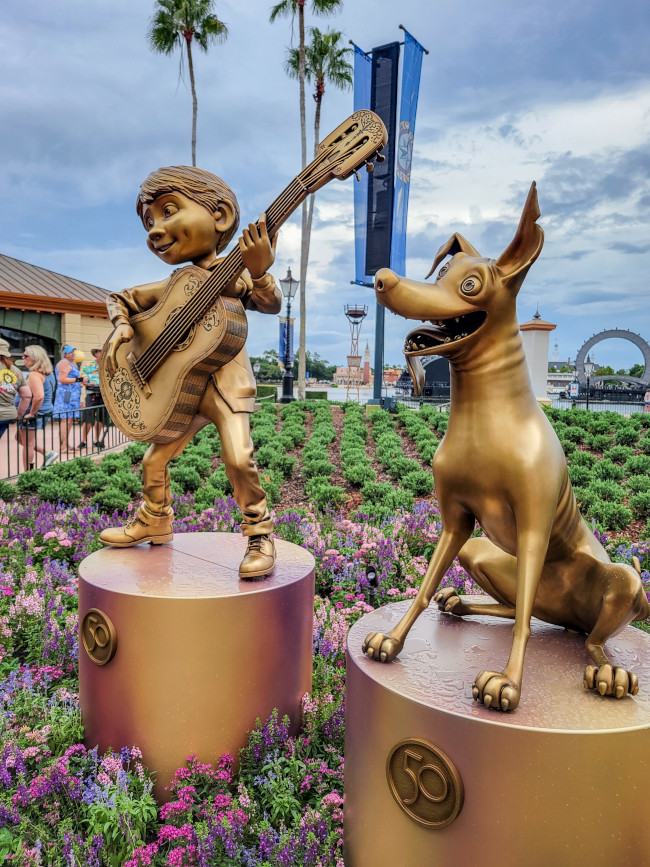 The only Marvel characters to get gold statues for the 50th are from Guardians of the Galaxy, which makes sense since the coaster themed after the film franchise was supposed to open for the 50th in EPCOT. (It will now open sometime in 2022.) Like Miguel and Dante, Rocket Raccoon and Baby Groot have made themselves at home in Showcase Plaza, though I wonder if they’ll be relocated to the Xandar Pavilion when it opens next year. 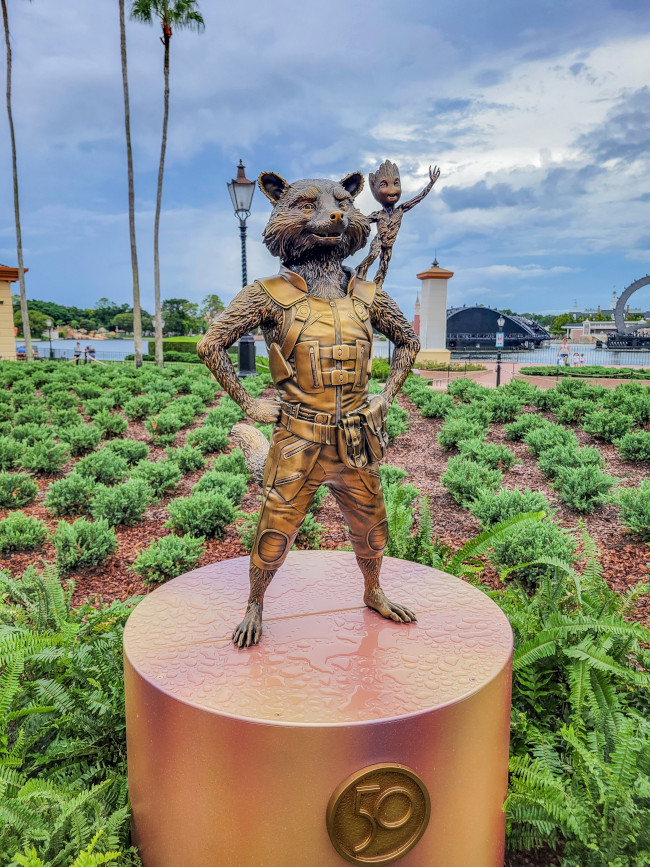 While you might have expected Olaf and Bruni to be stationed near Frozen Ever After in the Norway Pavilion, they too are standing tall (and Olaf is somehow not melting in that Florida sun) at Showcase Plaza. 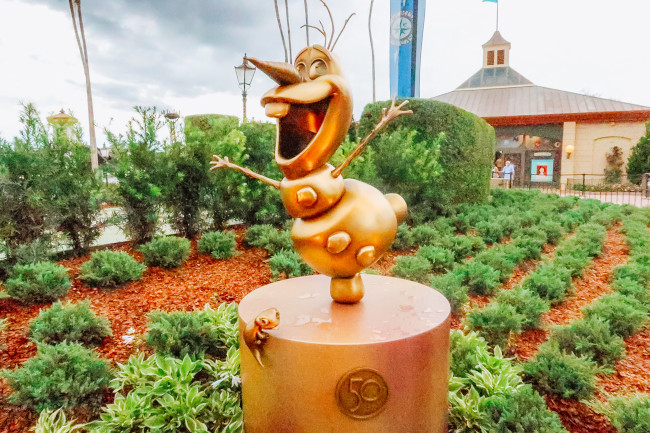 Finally, the last duo, two adorable animal friends from Moana, have settled into their spot at Showcase Plaza. 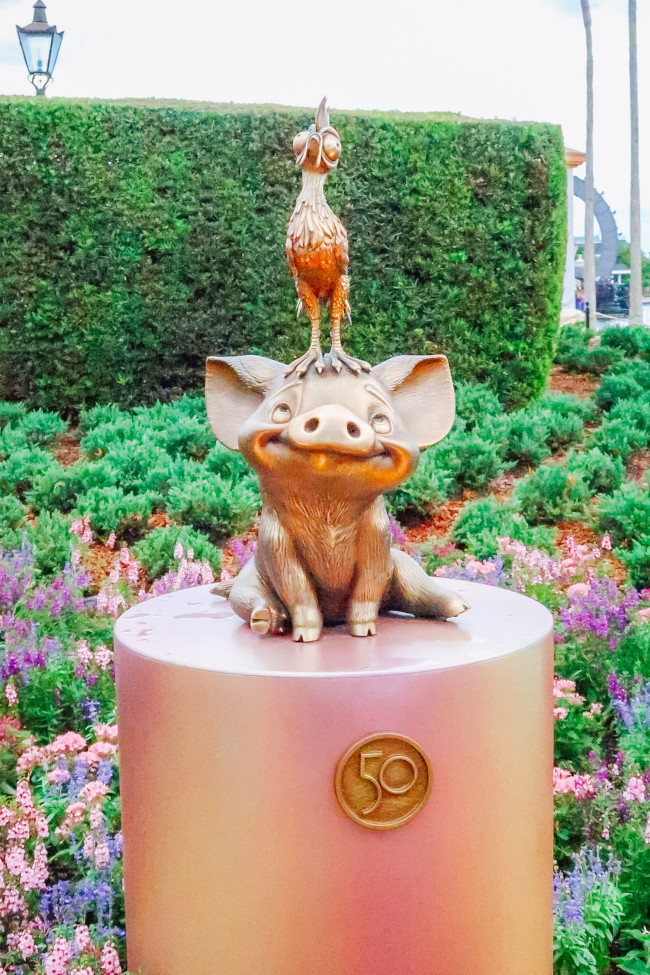 A map may be more helpful, though once you’ve spotted one of the statues in Showcase Plaza, it won’t be hard to find the others. Figment isn’t far off from the rest. 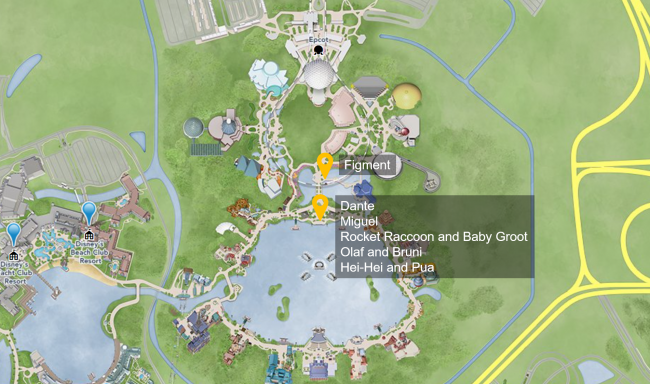 Have you found all the Disney Fab 50 character statues in EPCOT? Share your pics on our Facebook page!