Ms. Marvel Merch Is Made For Superfans 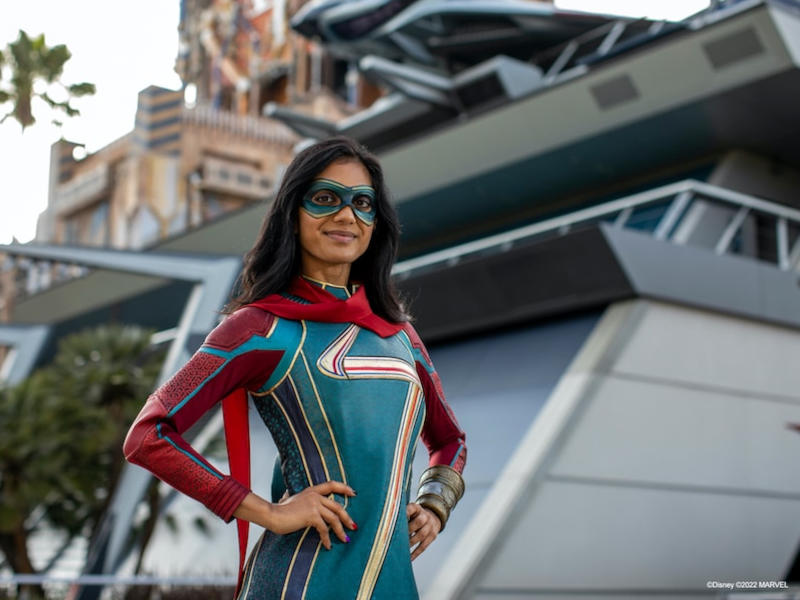 There’s only one way to describe the new Ms. Marvel merch at Disney Parks … totally cosmic.

Just in time for this week’s premier of Ms. Marvel on Disney+, the Disney Parks Blog is giving us a look at the collectibles inspired by the MCU’s newest teenage hero. There are plenty of options for superhero superfans of all ages.

If you’re headed to Avengers Campus soon, there’s a good chance you might bump into Kamala Khan (the Avengers superfan whose destined to become Ms. Marvel).

Ready to suit up for AvengerCon? (Come on. Disney’s crazy if they don’t make that a thing, right?) All of these pieces from the Ms. Marvel merch collection are available for purchase in the parks or from shopDisney in limited quantities. 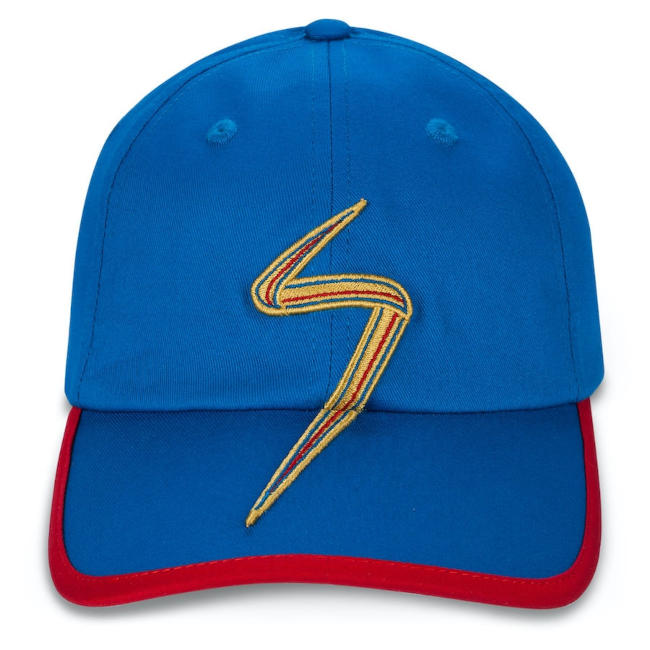 Now that Kamala Khan is a real superhero, she may need to get around Jersey City incognito. Enter this baseball cap embroidered with Ms. Marvel’s emblem. Not a great disguise for her, but a great one for your next trip to Avengers Campus! 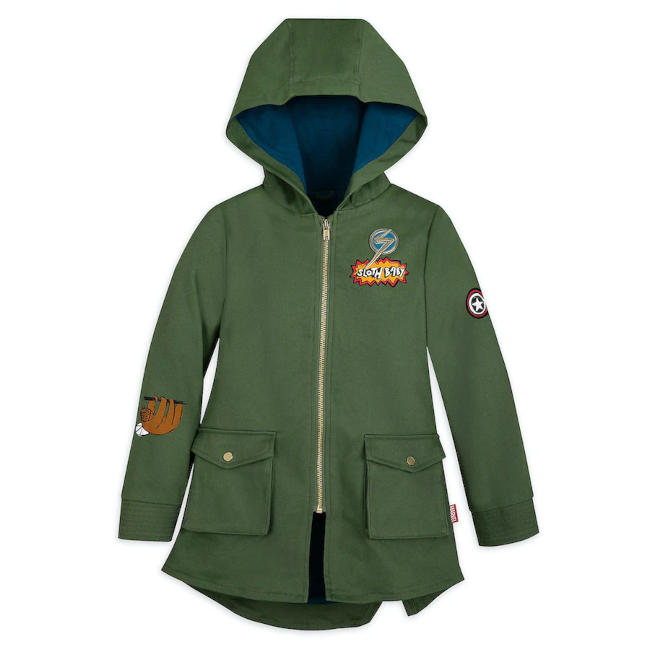 Kamala a.k.a. Ms. Marvel is destined to be a role model for young superfans. This military-style jacket is embellished with superhero details like a Captain America symbol, Ms. Marvel emblem, and … a sloth. You’ll have to watch episode one to understand that last one. 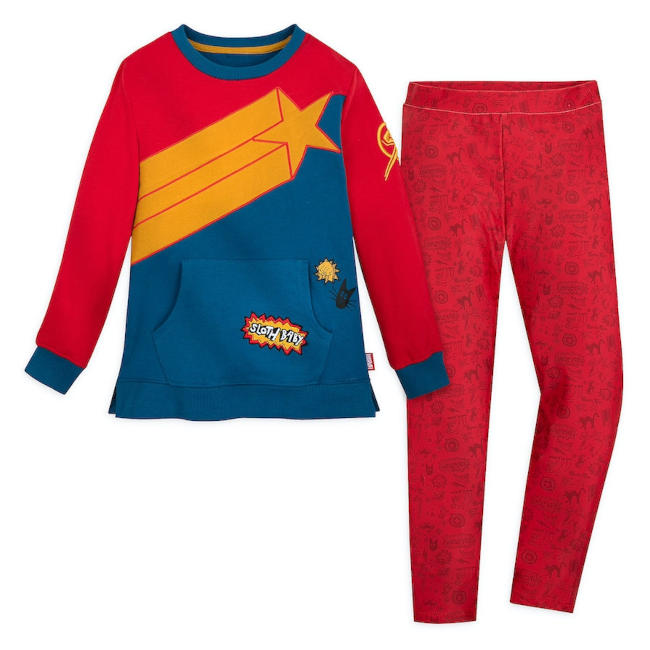 Even superheroes need a day off. This loungewear is perfect for the little hero in your life. 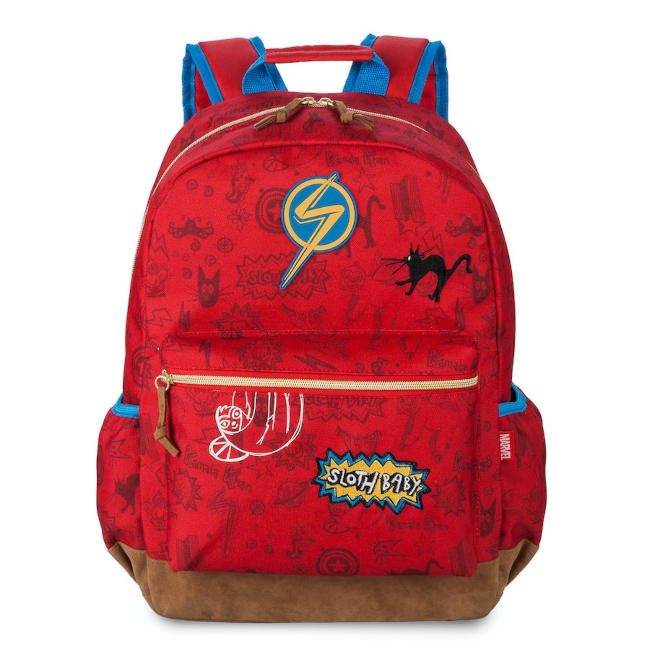 One thing you need to know about the imaginative girl who becomes Ms. Marvel is that she’s a prolific fan fiction writer and content creator. (We’re still obsessed with that illustrated opening sequence in episode one!) Get a closer look at some of Kamala’s doodles on this backpack. 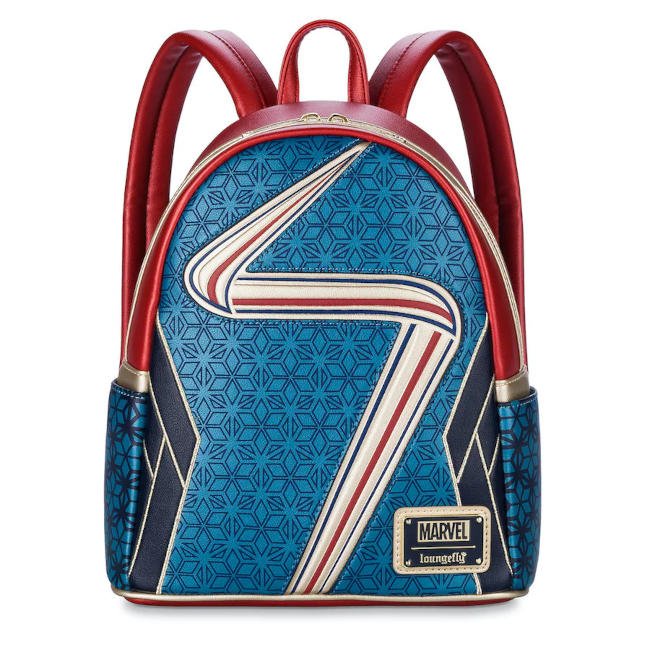 You know a superfan like Kamala has a bunch of Marvel Loungefly backpacks in her closet. This one is a fitting tribute to her: Blue and red with gold and silver metallic details. It may be a mini, but it’s the perfect size for carrying a cosplay costume to an event like AvengerCon. 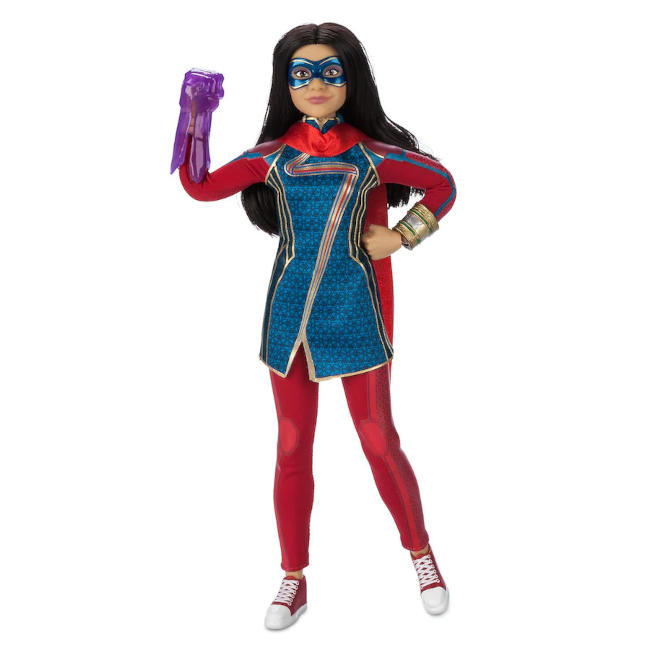 Your own aspiring superhero will love recreating their favorite moments from the Ms. Marvel series with this fully poseable doll. It even comes with a purple gauntlet to put over her hand to mimic her powers. Pick up the America Chavez doll from the same collection and you’ll have a dynamic duo on your hands. 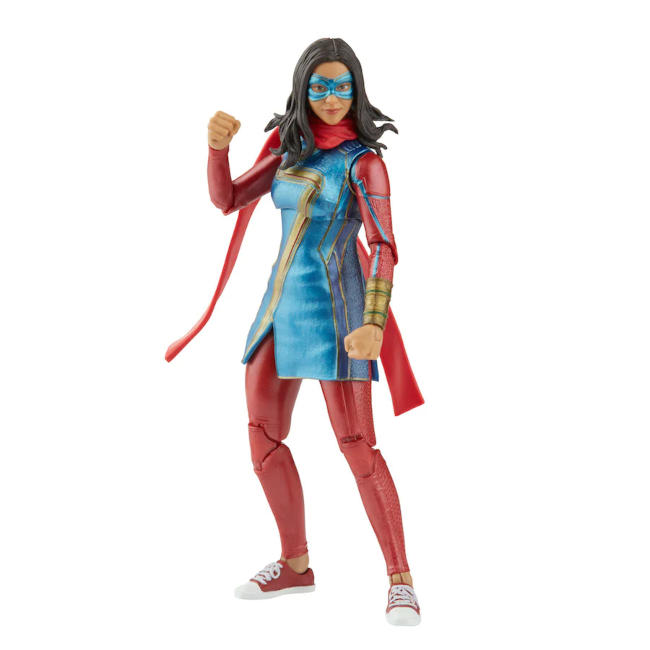 Get a look at a Marvel Legend in the making. This action figure features Kamala in full costume. Ideal for fans and collectors of all ages. 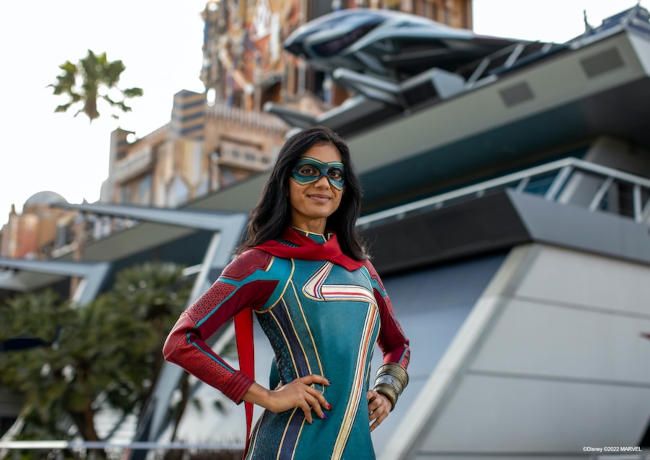 For a limited time, you can meet Kamala Khan (a.k.a. Ms. Marvel a.k.a. Sloth Baby Productions) at Avengers Campus at Disney California Adventure.

Power Up With New Ms. Marvel Merch At The Parks

All of this cosmic merch is available in limited quantities at Disneyland, Disney World, and shopDisney. This is just the beginning of Kamala Khan’s story. We’ll be watching Ms. Marvel every week on Disney+ to see how a superhero superfan becomes a hero herself.