Doctor Strange Merch Has Been Unleashed At World of Disney 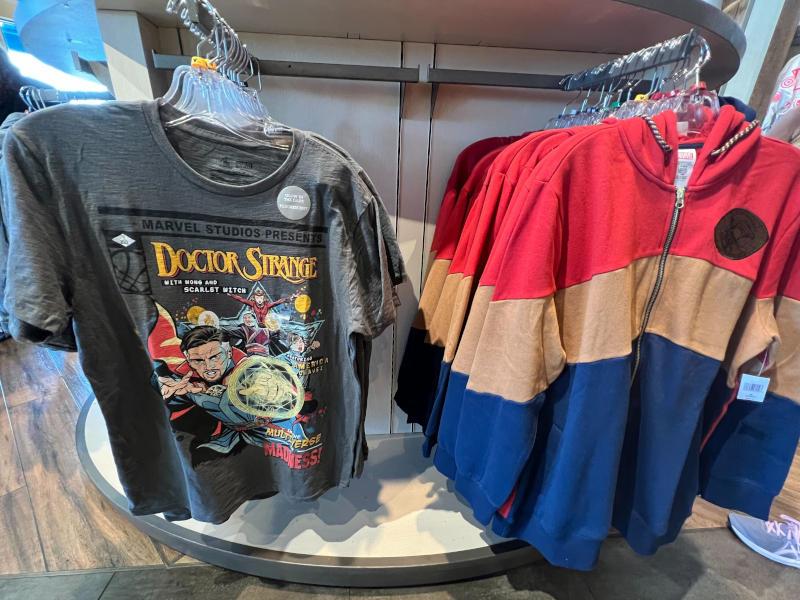 For sorcerers-in-training and multiverse enthusiasts, the new Doctor Strange merch at World of Disney is pure magic.

Our reporter, Ilana Robinson, spotted these spellbinding collectibles on a recent trip to World of Disney at Disney Springs.

Doctor Strange in the Multiverse of Madness is the sequel to the first Doctor Strange movie that premiered back in 2016. Naturally, a movie so highly-anticipated needed some equally awesome merch.

This Marvel and Disney collaboration doesn’t disappoint (although there’s a distinct lack of Wanda if you ask us… ).

Promise us you won’t dabble in any chaos magic to get your hands on these, ’kay? Some of these items are also available to purchase on shopDisney in limited quantities. 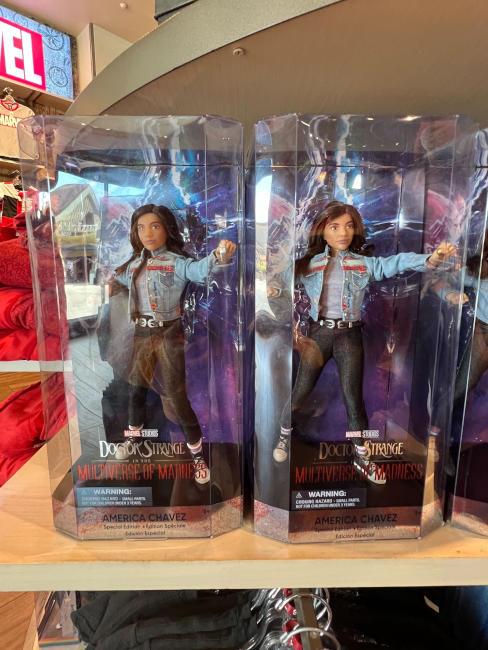 The newest member of the Marvel Cinematic Universe gets the collectible doll treatment. This America Chavez doll wears her signature denim jacket with stars and stripes. Ability to smash star portals into the multiverse not included. 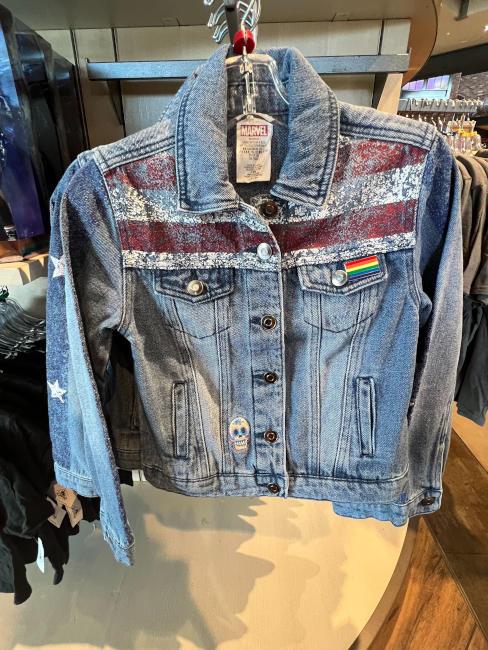 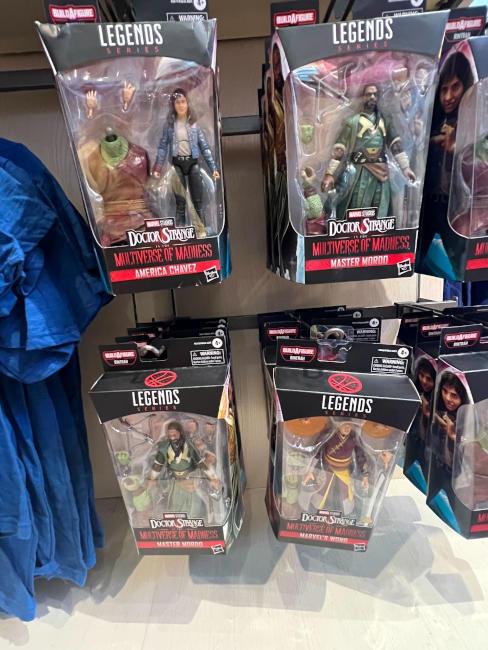 An assortment of Marvel Legends action figures. When Ilana was at World of Disney, she spotted Wong, Mordo, and America Chavez on the shelves. Each box comes with a different Build-A-Figure part. Collect all the action figures in the Doctor Strange in the Multiverse of Madness series and you’ll have the parts to complete the Build-A-Figure Rintrah. 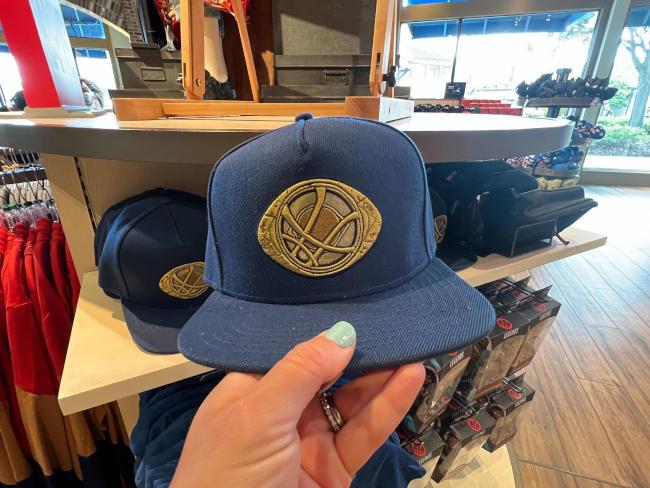 Look the part of a Kamar-Taj apprentice. Err…maybe a Kamar-Taj tourist. Somehow we don’t think a baseball hat fits into the sorcerer-in-training dress code. This navy hat with a gold embroidered Eye of Agamotto is sure to turn a few heads. 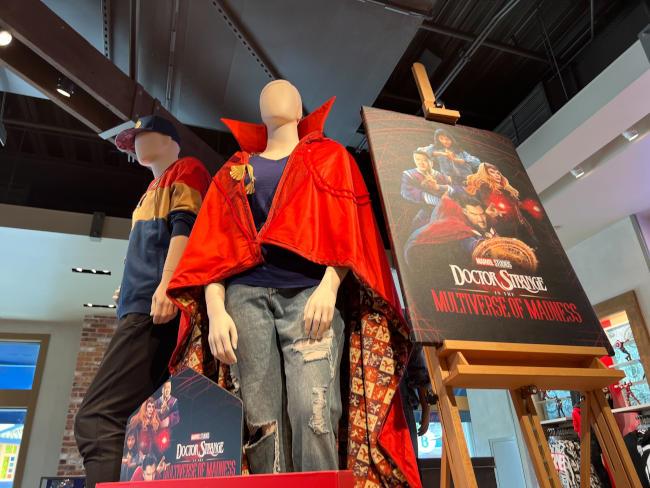 Now this is how you look the part of a true sorcerer. Disney calls this a “wearable cloak throw” which makes us think it’s kinda like those blankets with sleeves. This one has the same high collar and red hue as Stephen Strange’s trusty Cloak of Levitation. While we wish we could say that this replica has the same levitating powers as the original, it sadly does not. But, you’ll definitely be extra cozy during your next Disney+ streaming marathon.

Assorted Doctor Strange in the Multiverse of Madness T-shirts 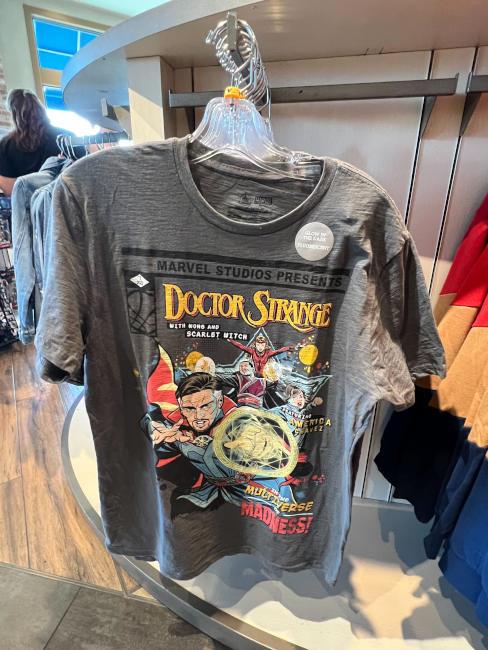 What would a Marvel merch drop be without new graphic tees? This collection has plenty of options whether you’re a fan of the MCU (Marvel Cinematic Universe) or the original Marvel comics. You’re gonna want lots of options if you’re planning a trip to Avengers Campus. 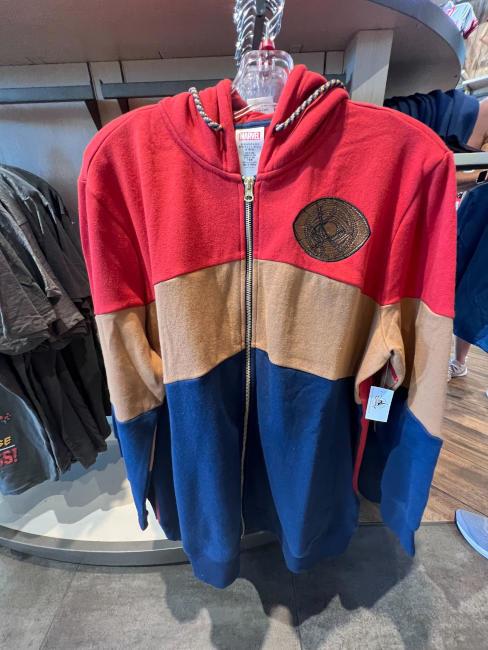 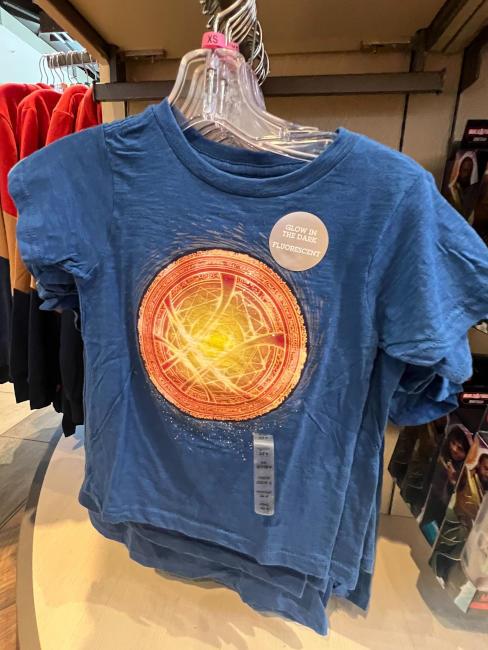 Plus, some of these t-shirts are imbued with real magic. Glow-in-the-dark magic to be exact. So they’re perfect for those late-night shopping trips at World of Disney. 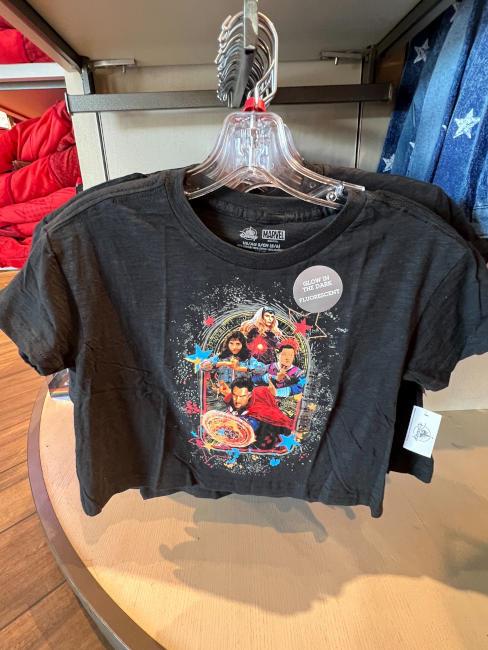 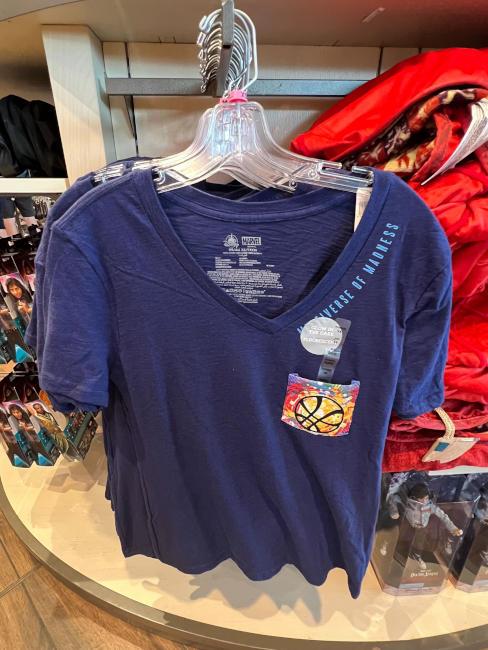 Make Some Magic With This Doctor Strange Merch

All of this magical merch is available in limited quantities at World of Disney and shopDisney. No interdimensional travel necessary.