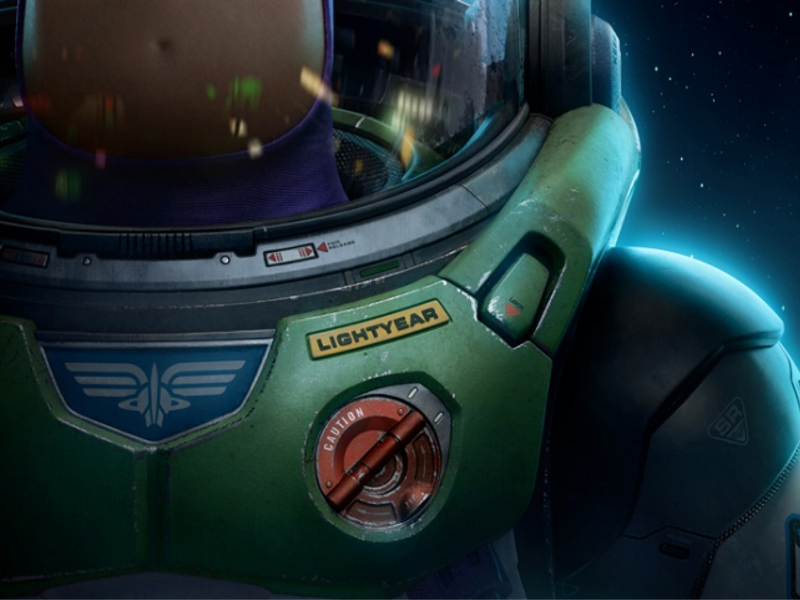 The first Lightyear teaser trailer for the upcoming movie from Disney•Pixar gives us a glimpse into the life of our favorite starman, Buzz Lightyear.

From the time Buzz Lightyear crash-landed into our lives with his cardboard spaceship and oft-quoted catchphrase (“To Infinity and Beyond!”), he has been somewhat of a mystery. Who is Buzz? Where did he come from? Who taught him Spanish? And, most importantly, what’s hiding under his cap?

All that and more is revealed in the new Lightyear teaser trailer released by Disney•Pixar for the upcoming 2022 film.

Super pumped to watch this biopic on your favorite space ranger? Here are five things to know about Lightyear ahead of its release:

“YOU ARE A TOY!” Ehhh, wrong. Photo courtesy of Disney•Pixar

So far in the Toy Story franchise, Buzz has been a toy. But in Lightyear, Buzz is a real astronaut who inspired the toy version from the previous movies.

Or is he? Lightyear director Angus MacLane told Entertainment Weekly that the movie is created as an origin story of a fictional character rather than a biopic.

“In the Toy Story universe, it would have been like a movie that maybe Andy would have seen, that would have made him want a Buzz Lightyear figure,” he said.

We’ll just be patiently waiting for Disney+ to release a TV series called Woody’s Roundup, thank you very much.

Yep, Buzz has been hiding something major from us: A full head of luxurious hair! As you can imagine, Toy Story fans have taken to Twitter to discuss how they feel about this bombshell that’s been casually dropped on them.

Personally, I think Buzz pulls it off pretty well, and some people have even commented that they think he is handsome. I’m not quite sure how that makes me feel, though.

But maybe it’s OK to swoon because …

3. Buzz is Voiced by Chris Evans

Until now, we’ve heard Buzz be voiced by toolman Tim Allen. But for Lightyear, the legendary spaceman will borrow his voice from none other than Captain America himself, Chris Evans. We can assume that’s because Chris Evans is the real Buzz, and Tim Allen is just a toy.

Interestingly enough, Chris Evans and Tim Allen have another pretty major thing in common … They share a birthday (June 13)!

While this is the first full-length movie about Buzz, it’s not the first time there’s been a spin-off focused on his character.

In 2000, Disney•Pixar released a movie called Buzz Lightyear of Star Command: The Adventure Begins. Like the Toy Story movies, Buzz’s voice was provided by Tim Allen. 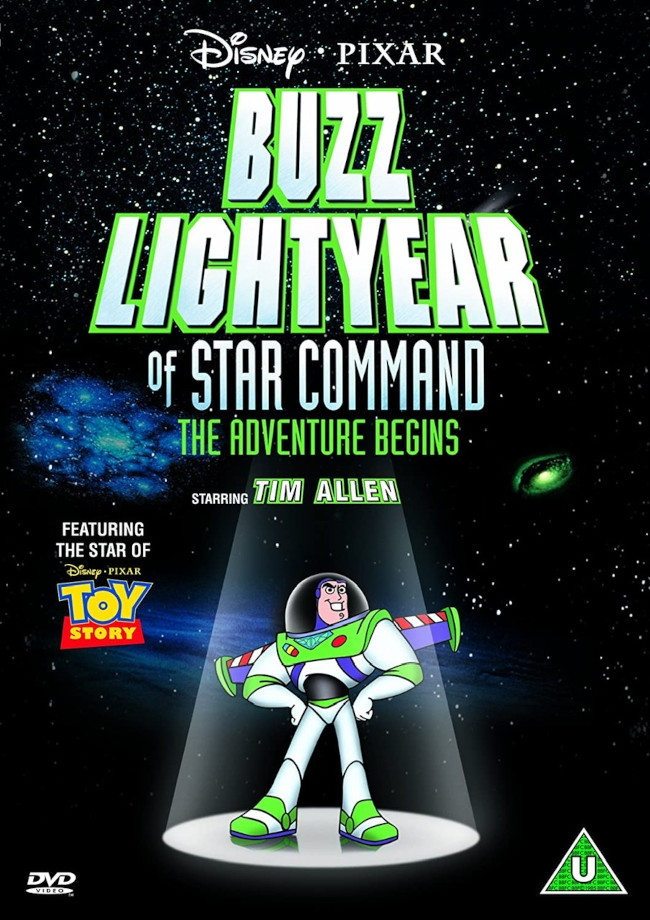 There was also a short-lived series called Buzz Lightyear of Star Command with Patrick Warburton providing the voice for Buzz. In all, 62 episodes were released between October 2000 and January 2001.

The trailer for Lightyear features the perfect song for such a movie: “Starman” by David Bowie. But unlike the original song, it’s set to string instruments and dramatic drum beats.

It’s not the most unique choice for a movie about a man who explores among the stars, but for this Bowie fan, it’s perfect.

Get ready for the best origin story ever told. Photo courtesy of Disney•Pixar

Lightyear will be released on June 17, 2022. Until then, I’ll just be rewatching the Toy Story series and trying to come to terms with the fact that Buzz has hair.