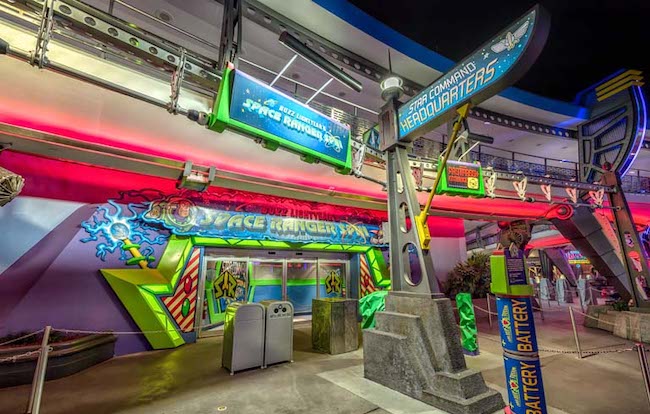 People love getting to interact with the ride and competing with their friends and family as they soar through space with Buzz Lightyear.

Even those who aren’t great at getting high scores (me, for example) still love trying their hand at the super-elevated shooting arcade game. 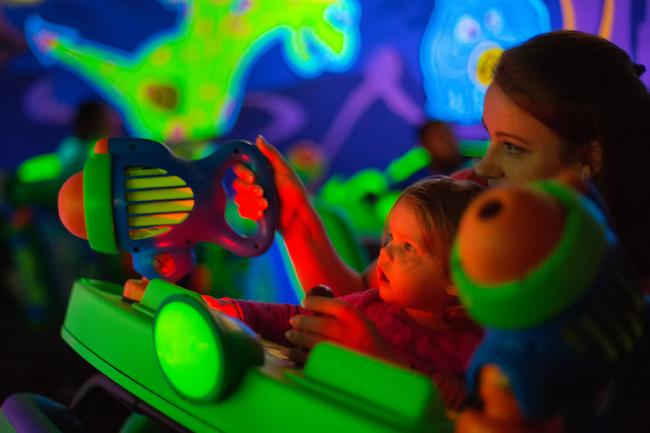 This is a great ride for all ages. Photo by Brett Svenson

Before it became Buzz Lightyear Space Ranger Spin, there were a few different attractions in the building that houses the ride.

It changed names and sponsorship quite a few times, and the prior rides (like If You Could Fly) went through a lot of transformation, but it finally became Space Ranger Spin in 1998.

If you’re riding through Buzz Lightyear Space Ranger Spin, it’s hard to tell what the previous attractions could have been.

However, there are a few original pieces from these attractions that stayed! The hyperspace tunnel is an original piece, and the windows through to PeopleMover are also original.

There used to be three windows, but now there are only two because of the ride changing around so much. But they’re original!

2. Pixar To The Rescue 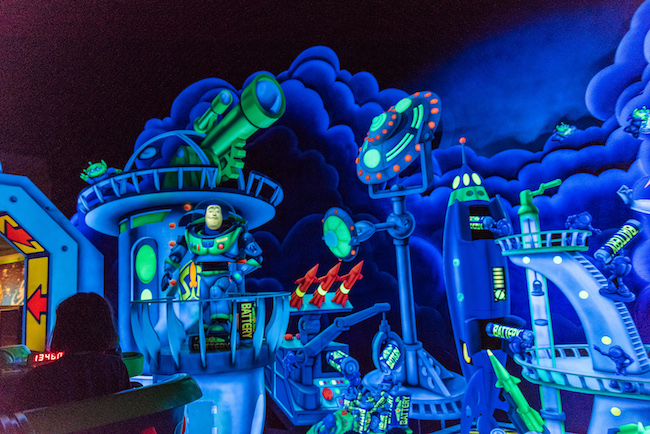 There’s so much to see on this ride! Photo by Laurie Sapp

Buzz Lightyear Space Ranger Spin first opened in Magic Kingdom’s Tomorrowland in 1998. It was the very first attraction in any Disney park themed to a Pixar movie!

Toy Story and Buzz Lightyear were (and still are) incredibly well-loved across the Disney fandom.

It’s no surprise then, that Buzz is an international phenomenon. He’s loved all over the world!

Buzz Lightyear Space Ranger Spin is one of the few Disney rides that has a version in every single Disney park worldwide. That puts it up there with Haunted Mansion and “it’s a small world!”

Check out this ride-through of Buzz Lightyear Planet Rescue in Shanghai Disneyland.

It can be difficult to get a high score on Space Ranger Spin. Unless you’re my brother, and you get the highest score every single time you ride. 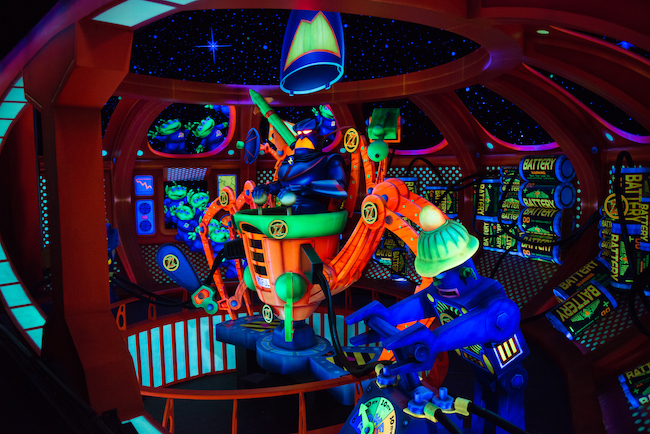 Snag some high points on those high targets. Photo by Cliff Wang

But most of us aren’t my brother. So, for us who aren’t amazing Space Rangers, there are a few different tips and tricks to use to boost your score. 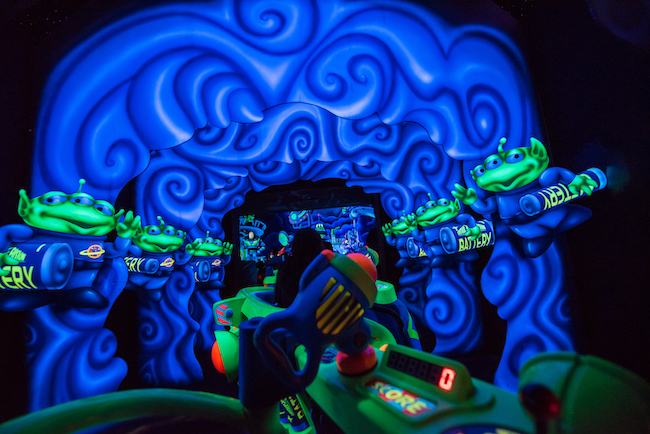 The highest score you can get on Buzz Lightyear Space Ranger Spin is 999,999. Once you master the game, you can claim the title of Galactic Hero!

Be sure and snag a picture of your score before you exit the ride.

And no, the picture isn’t just for bragging rights (though that’s a plus, too). Show your score to a Cast Member, and you’ll likely get a special prize and lots of praise! 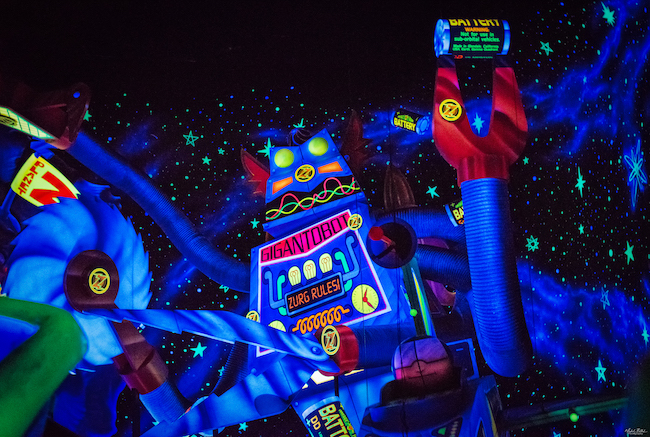 Check out that battery! Photo by Mike Billick

Disney loves to sneak in hidden details throughout their rides. These details often point to the Imagineers who worked on the rides or other real-life points.

Take a close look at the batteries all over Buzz Lightyear Space Ranger Spin. You’ll notice they all say “Made in Glendale” on them.

This is a nod to the Walt Disney Imagineering studio located in Glendale, California!

Do you love learning little details from your favorite Disney rides? Subscribe to our newsletter for even more like this!