Get a New Disney World Coffee Table Book (or Two!) for the 50th Anniversary 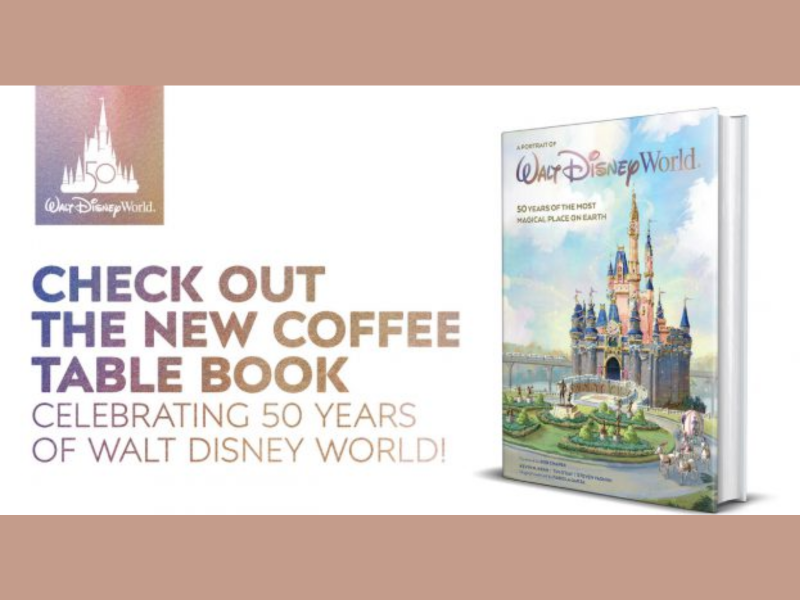 “A Portrait of Walt Disney World: 50 Years of The Most Magical Place on Earth” is a new Disney World coffee table book that captures the magic of the resort’s first 50 years.

We’re just days away from the official 50th anniversary of Walt Disney World, a day that kicks off 18 months of nonstop celebration, from new nighttime spectaculars to the debuts of rides and restaurants to golden statues all around the parks.

Just in time for the Most Magical Celebration on Earth, Disney Editions is releasing a brand spankin’ new Disney World coffee table book called A Portrait of Walt Disney World: 50 Years of The Most Magical Place on Earth. This unique collection of memories from the first 50 years features the voices of Disney Legends, Ambassadors, Imagineers, authors, and more.

A Portrait of Walt Disney World: 50 Years of the Most Magic Place on Earth was written by Tim O’Day, Kevin Kern, and Steven Vagnini. It debuts on Sept. 28. 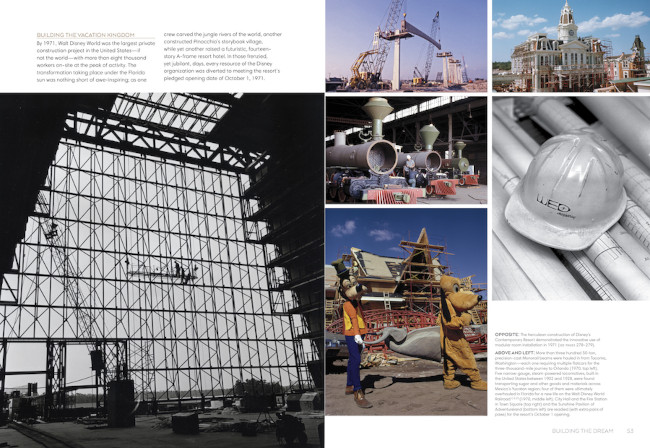 One of the most exciting aspects of this new coffee table book is the collection of essays from Disney greats. “Each [of the guest essayists] add a rich sense of placemaking detail to what it was like during the development and opening of Walt Disney World,” says Kern.

Among the featured essayists are:

In addition, Kerns adds, the authors “feature a section called ‘Reflections,’ where we hear from voices across popular culture and Disney history about Walt Disney World as a cultural site while also reminiscing about past resort anniversary celebrations. That might surprise a few readers.” 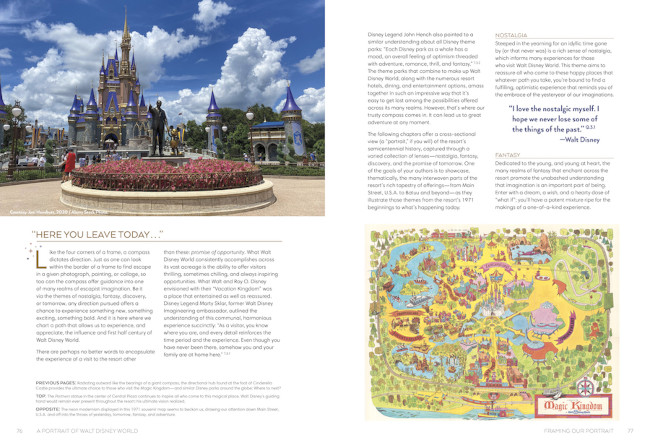 True Disney fans still have much to learn, as the new Disney World photo book makes clear. “I’m especially excited that we could spotlight the voices of many unsung leaders who helped plan and organize the ‘Florida Project’ in its earliest years,” says Vagnini. “Many of them have windows on Main Street, U.S.A., but their stories are not as widely known.”

Vagnini, an Imagineer, also promises that readers will be able to take a “scene-by-scene journey through the theme park with the diverse voices of those who helped design and build it.” 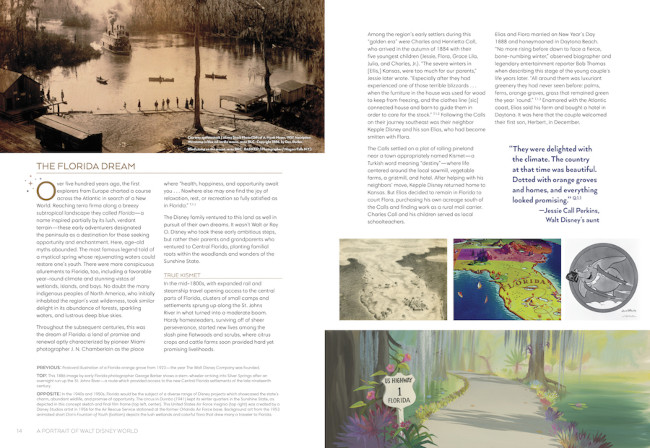 “When the three of us sat down to chat, an apt metaphor presented itself—a ‘thematic compass,’” explains Kerns. “By focusing in on the resort through various conceptual lenses—nostalgia, fantasy, discovery, and tomorrow—we were able to tie concept art, photography, and ephemera from across the five decades together in ways that hopefully will surprise and delight readers.”

The book, which has 15 (!) pages of endnotes, is clearly thoroughly researched. But one of the coolest tidbits of knowledge in the whole book has got to be about the Disney family roots in Florida.

“One of the most fun sections to write was our chapter on the Disney family’s roots in Florida—something that Walt Disney Archives founder Dave Smith began researching in 1970. I think few people realize that some 80 years before Walt Disney had his sights on Central Florida, his parents and grandparents actually settled here, planting familial roots near a (now long lost) town called Kismet, 60 miles due north of the future Disney Property.

Did you know WDW Magazine has its own Walt Disney World Coffee Table Book. This photo collection is a must-have for every Disney household—and it’s on sale right now! 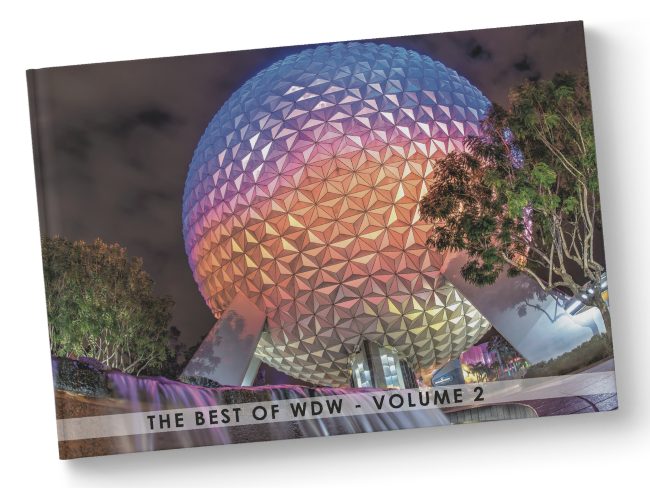 See what Disney World looks like with our hardcover coffee table book.

How are you celebrating the 50th anniversary of Walt Disney World? Tell us about your plans on our Facebook page.