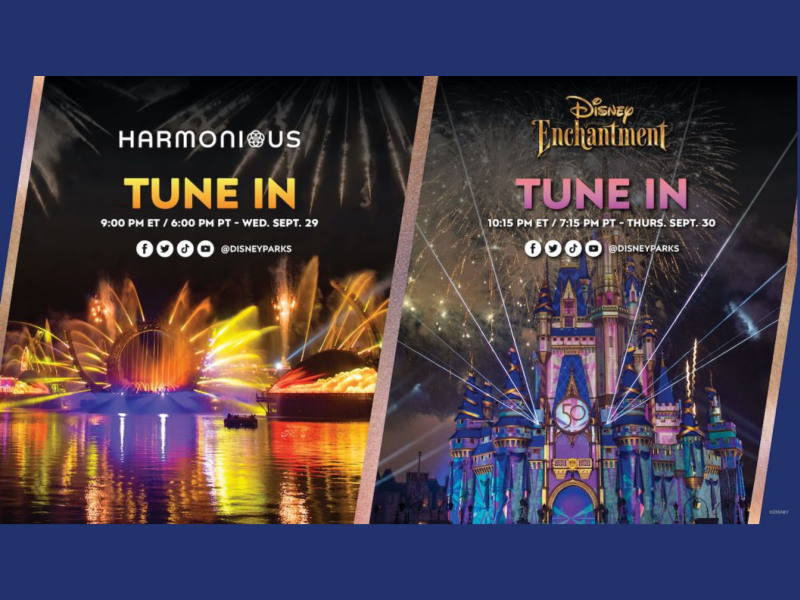 Can’t make it to WDW for the kickoff the 50th? No problem. You can watch the inaugural Disney Enchantment and Harmonious livestreams from the comfort of your own home. This Friday is the official kickoff of The World’s Most Magical Celebration at Walt Disney World.

Can you believe it? We can’t either. But you better believe you’re getting a super-cool sneak peek at the two all-new nighttime spectaculars coming to WDW on Oct. 1.

To help take you from a 10 to an 11 on the excitement scale, Disney Parks is previewing the all-new Disney Enchantment and Harmonious nighttime spectaculars with a pair of livestreams.

Tune Into Harmonious Livestream on Sept. 29 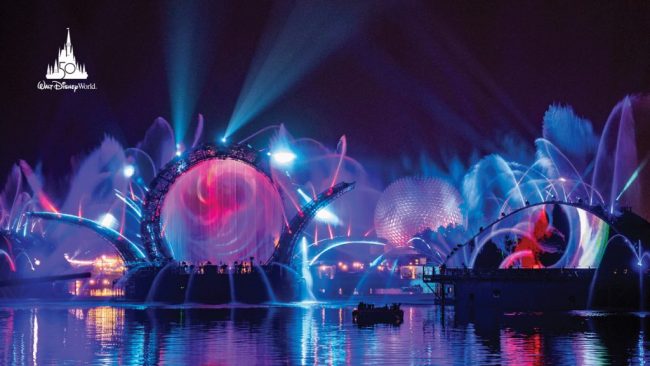 Hey, so what’re you doing on Sept. 29 at around, oh, let’s say 9 PM ET? Why do I ask? No particular reason. Only that you can see a livestream of Harmonious at EPCOT.

That’s right—a full two days before the first performance of Harmonious, you can feast your eyes on this amazing nighttime spectacular on the internet.

So what’s in store? As we’ve found out, Harmonious will feature 15 beloved songs performed by more than 240 musicians from across the globe. It’s also going to be a massive, massive spectacle.

Get Your First Live Look at Disney Enchantment on Sept. 30

https://youtu.be/JpISnrrpvXQ Want more? Okay! On Sept. 30 at 10:30 PM ET, you can tune back in and catch a streaming performance of Disney Enchantment at Magic Kingdom.

Disney Enchantment is being hailed as the biggest nighttime spectacular in Magic Kingdom history.

Not only do you get an original song by Emmy-winner Philip Lawrence and tons of fireworks; you’re also getting state-of-the-art projection technology. 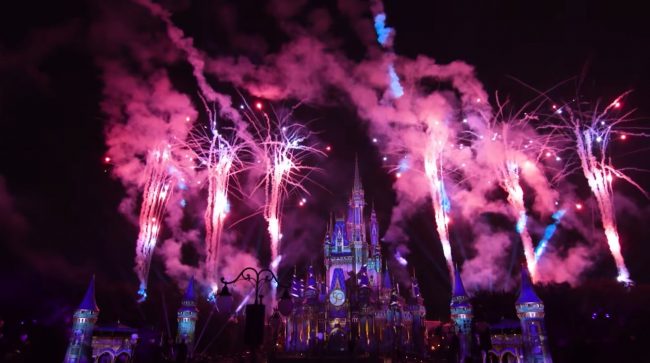 Spectacular? You better believe it. Photo courtesy of Disney Parks on YouTube

You can also catch the action over at Disney Parks Blog. Love the Disney Parks after dark? Check out our top 10 attractions to ride at night, and dress the park with our After Dark Parks Buttons for just $9.99.

Order your buttons for your next nighttime spectacular!

And as for those of you who will be at WDW on either night? Sounds like you’re going to get the unexpected sneak peek of a lifetime.

Be honest: How many times are you gonna visit WDW during TWMMC? Head to our Facebook page and tell us your goal for this massive 18-month celebration.