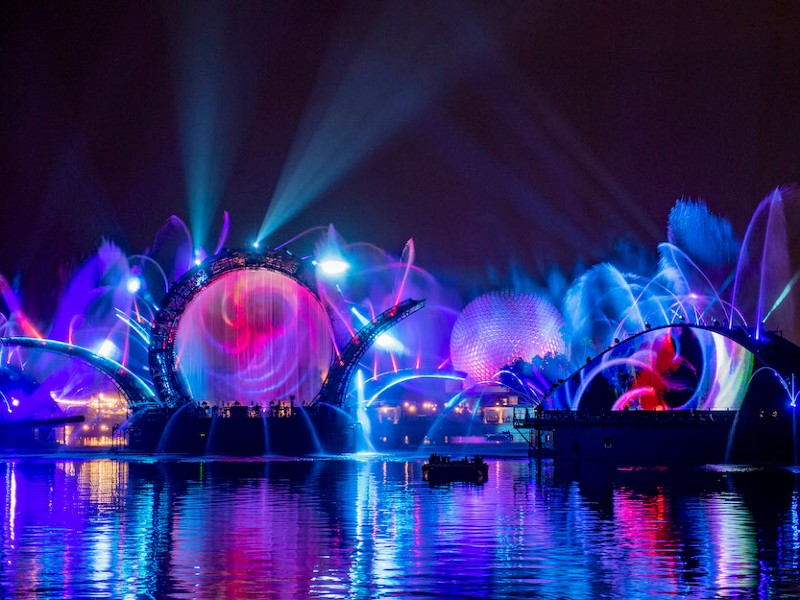 A new nighttime spectacular at Magic Kingdom and Harmonious at EPCOT will debut just in time for Walt Disney World’s (WDW) 50th anniversary.

On Tuesday, June 22, Disney announced more details about their upcoming 50th celebration that begins on Oct. 1 and will run through April 1, 2023.

In some major news, not only do we finally have an opening date for the much-anticipated nighttime spectacular Harmonious at EPCOT, but we’ve learned a new evening show called “Disney Enchantment” is coming to Magic Kingdom! 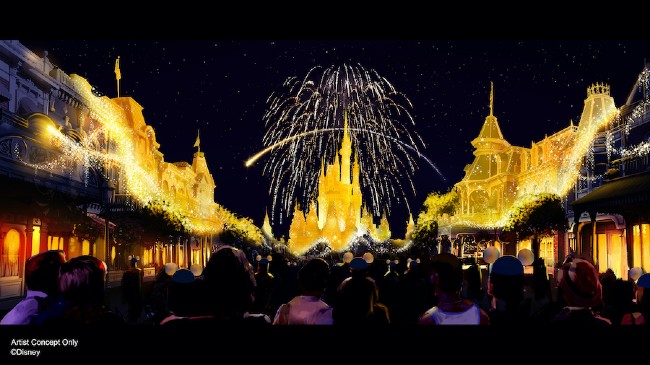 Disney Enchantment is replacing Happily Ever After during the 50th celebration. Courtesy of Disney Parks Blog

Disney describes the show as an event that “will take you on a journey filled with adventure, wonder, and empowerment.”

There will be music, enhanced lighting, fireworks, and for the first time ever at Magic Kingdom projection effects extending from Cinderella Castle down Main Street, U.S.A.

It’s unclear if this new nighttime show is replacing Happily Ever After or is just a temporary replacement for the 50th anniversary.

But, we do know that Happily Ever After is returning on July 1 when fireworks officially come back to Disney World and will run until the 50th officially kicks off. 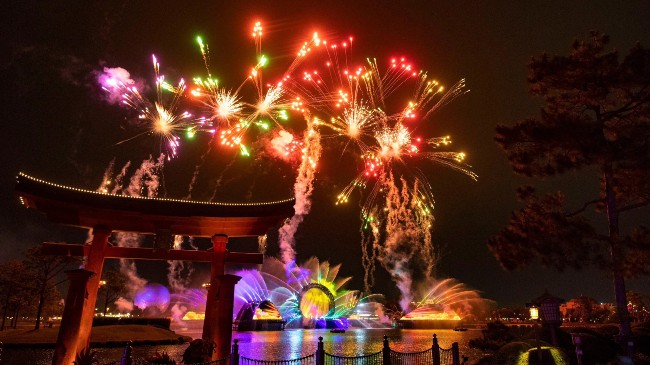 Of course, there is also Harmonious at EPCOT! We’ve been hearing about this nighttime spectacular for a long time now, but plans for the show got derailed thanks to the unexpected pandemic.

Thankfully, guests will be able to experience the event (and those massive barges) beginning Oct. 1 on the World Showcase Lagoon.

As detailed by Disney, “It’s a grand, powerful tribute to the stories and songs that unite us, embracing new technical magic that incorporates pyrotechnics, choreographed moving fountains, lighting and media in new ways.”

Until Harmonious begins, visitors can experience the return of EPCOT Forever beginning July 1.

If that isn’t enough, guests visiting during the 50th will get to see Mickey and friends in new EARidescent costumes, a new daytime show at Animal Kingdom taking place at the Rivers of Light stadium, and nighttime projections on all four theme park icons!

There’s certainly a lot to look forward to for what Disney is calling “The World’s Most Magical Celebration.”

Are you excited to for the 50th anniversary of Walt Disney World? Will you be watching the debut of Harmonious? Tell us in the comments on our Facebook page!