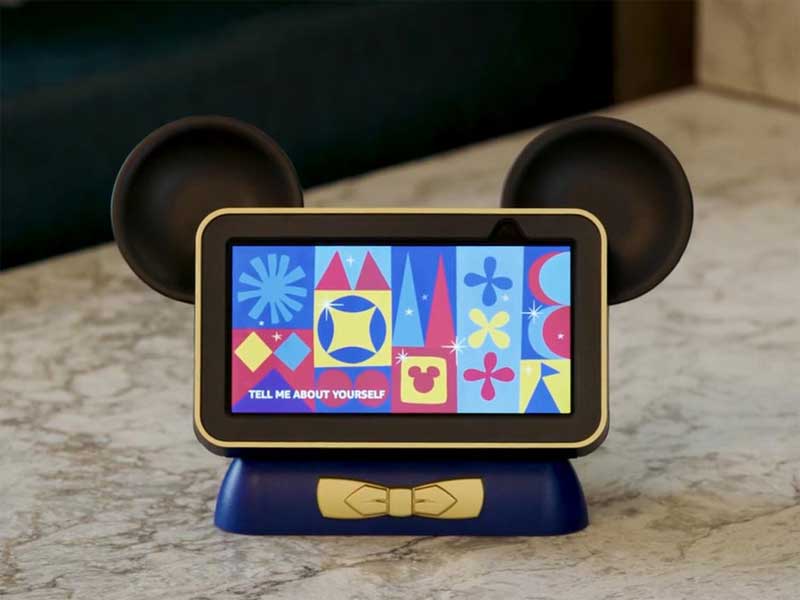 “We’re bringing the worlds of Disney directly to Echo devices with ‘Hey, Disney!’,” said Dave Limp, Senior Vice President, Amazon Devices and Services in a press release on Tuesday. “By combining the strength of Alexa’s technology, with Disney’s unmatched storytelling expertise, we’re creating the next generation of immersive experiences to make guests’ vacations more memorable and giving our customers a way to make their homes a bit more magical too.”

How Does it Work?

Just like your Alexa at home, Hey Disney can hear you wake it up with a key phrase… conveniently, it’s “Hey Disney!” Yes, it’s like you’re talking to the overall entity of Disney magic itself, here.

The Disney Magical Companion is the new Alexa-like personality that will guide to to the second star on the right, and straight on till morning. Or noon. Or whenever you need help.

Once you’ve woken up Hey Disney, you can ask it a question, or request it to do something. In fact, Amazon reports that it has over 1,000 magical interactions to discover.

What Can You Ask Hey Disney?

This is all designed to simplify your stay at Walt Disney World resorts.

What Else Can Hey Disney Do?

Hey Disney doesn’t just answer quick park and resort questions. You can also ask Hey Disney to perform a command that is sure to add some more magic to your stay.

Hey Disney is part of Alexa for Hospitality, a division of Alexa that offers in-hotel assistance for guests and staff. It’s a way to personalize the resort stay for guests, and help with simple questions that would otherwise require time spent calling Guest Services.

Get Hey Disney at Home 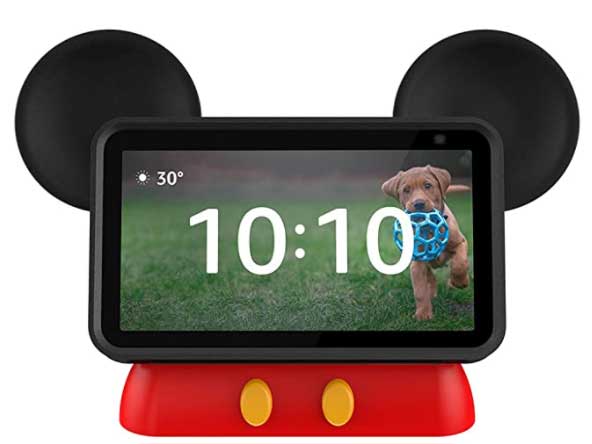 Want to experience the magic at home? Look ahead to 2022.

You can get the Hey Disney! skill on your home Amazon Alexa. It is poised to have the same fun facts and information as the version in the Walt Disney World Resorts, but may omit some information that is specific to resort guests.

No word yet on a potential cost for the skill, but we’ll keep you posted! If you’d like to be one of the first to know when it is available, go here to be added to Amazon’s mailing list.

Until then, you can Mickey-up your home Alexa right now with this Mickey Mouse stand for the Amazon Echo show.