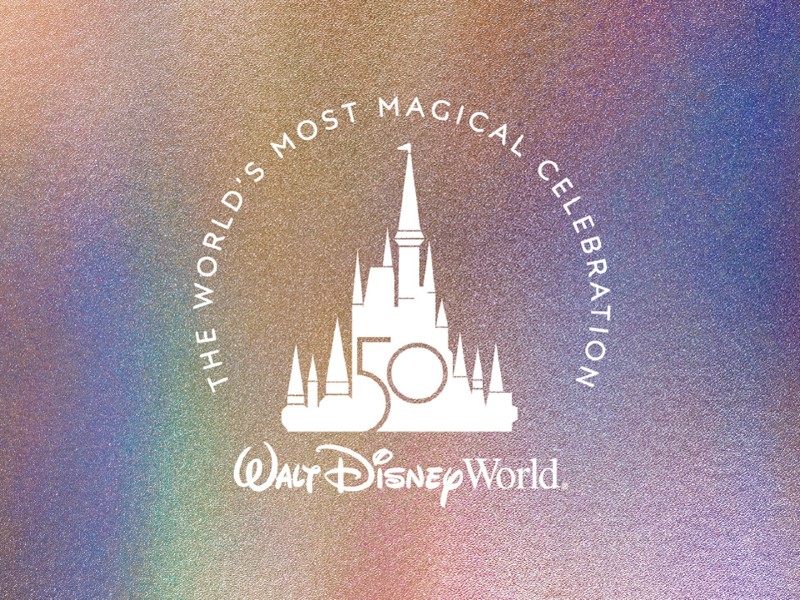 We just saw got a glimpse into Walt Disney World’s (WDW) 50th anniversary celebration and there’s a lot to look forward to.

During Good Morning America’s Friday, Feb. 19 broadcast, details were revealed about the upcoming milestone at the most magical place on earth.

First, the celebration is officially titled “The World’s Most Magical Celebration” and that definitely seems appropriate.

Better yet, guests will be able to enjoy the anniversary celebrations for 18 months! That’s right. The festivities begin on Oct. 1, 2021 and will run through April 1, 2023. Wow!

FYI: Magic Kingdom first opened on Oct. 1, 1971, hence the celebrations beginning on the first of October.

That’s not all we learned about the “EARidescence” celebration. Yes, iridescent is the official color for the 50th. Keep reading for all of the exciting details we know so far.

A Royal Treatment For Cinderella Castle 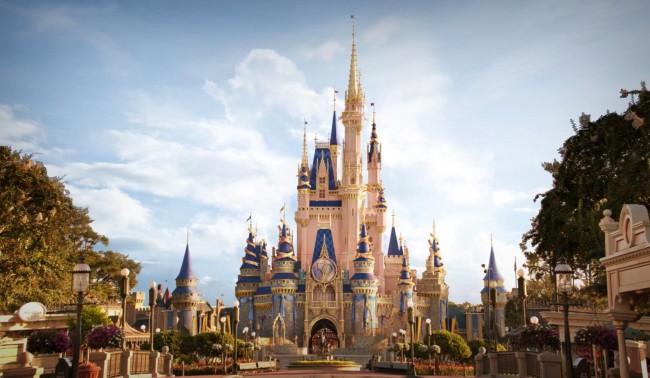 It only seems fitting for Cinderella Castle to receive both a daytime and nighttime transformation.

During the day, the Magic Kingdom icon will see the addition of “golden bunting and a 50th anniversary crest.”

Better yet, during the evenings, the castle will receive pixie dust and even more magic than usual. Doesn’t she look stunning? 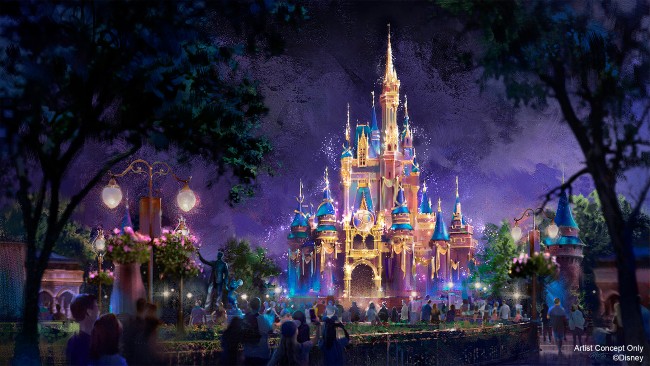 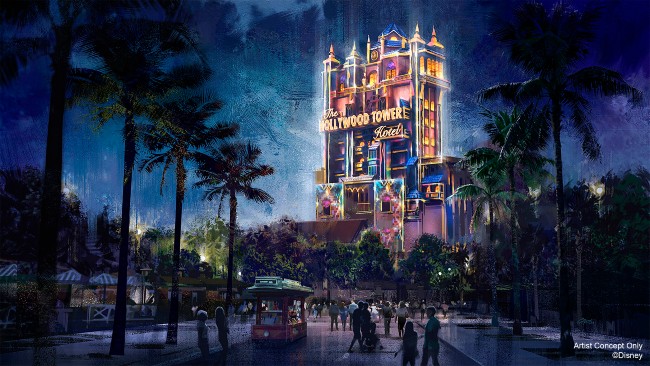 Wow. Tower of Terror sure is a beaut. Photo courtesy of Disney Parks Blog

Cinderella Castle isn’t the only park icon to receive a royal makeover. Hollywood Studios’ Tower of Terror, Animal Kingdom’s Tree of Life, and Epcot’s Spaceship Earth will also turn into “Beacons of Magic.”

From special new touches on the Tower of Terror, to magical fireflies covering the Tree of Life, these beauties are going to become even more breathtaking. 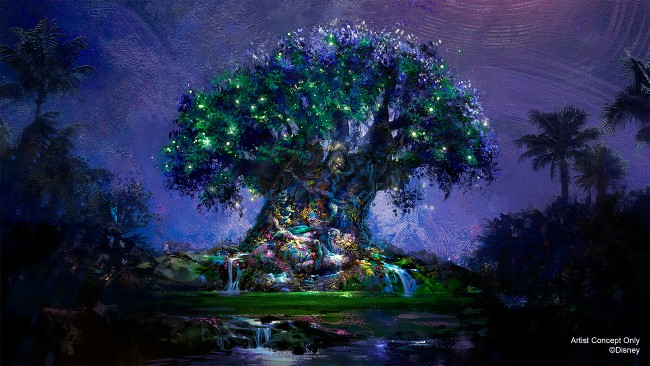 This overlay on the Tree of Life at night is magnificent. Photo courtesy of Disney Parks Blog

Oh, and the new lights resembling stars in a nighttime sky across Spaceship Earth? They aren’t just for the 50th celebration.

Per Disney, “This permanent new lighting will continue beyond The World’s Most Magical Celebration as a defining feature of the park.” 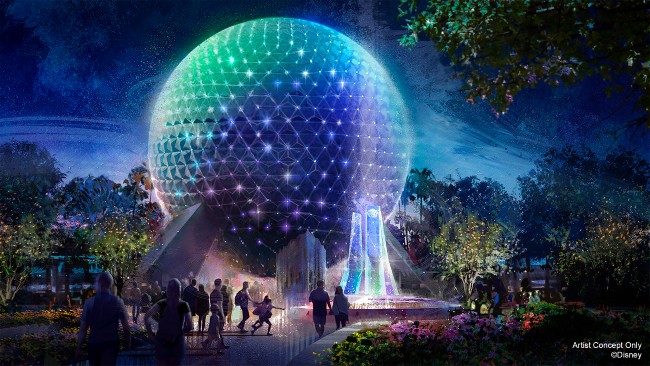 This lighting on Spaceship Earth will be “permanent.” Photo courtesy of Disney Parks Blog

“Her classic look will be maintained and accentuated through new colors and intensity in programmed expressions that extend into the new main entrance fountain and the entire World Celebration area that continues to take shape before our eyes. ” 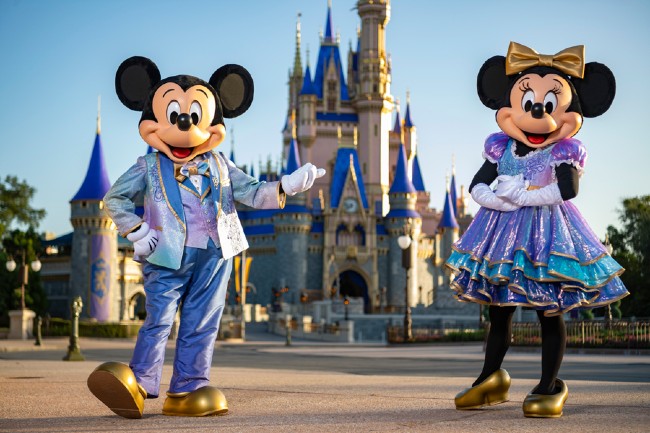 Finally, guests will also get to enjoy Mickey and Minnie sporting new “EARidescent” costumes. They truly can rock any attire and look fabulous.

These are only a few of the pieces we know so far about The World’s Most Magical Celebration. We can only imagine how else WDW plans to celebrate. As always, we will keep you updated on all of the 50th anniversary details.

Not sure if you’re going to celebrate Walt Disney World’s 50th Anniversary? You can get a quote today, or just get more information about a potential Disney vacation.