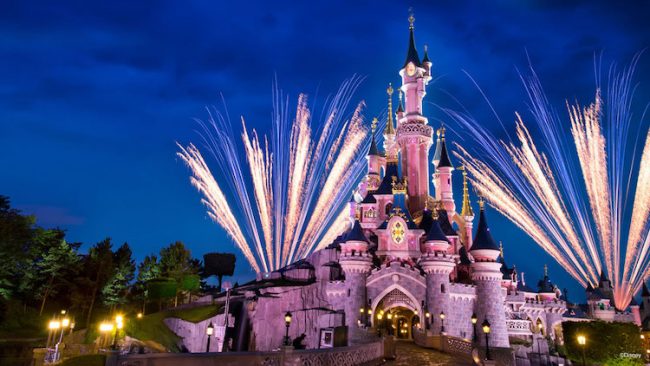 Although I am happy to stay home to flatten the curve, not being on our dream trip to Paris did sting a little bit.

I know that the magic of Disney lives inside us all, but sometimes I need to pull the metaphorical “start cord” on my inner magic.

One of the ways I do this is by watching YouTube videos. I know—how innovative. We’ve been watching YouTube for over a decade now, but sometimes that simple escape of watching a Disney video really helps bring me back into the happiness and magic of Disney.

There are so many videos out there, which is why I like to narrow it down to picking a theme per day. Sometimes I pick virtual tours of Disney hotels, while other days I’ll browse Disney fireworks shows. Today I picked Disneyland Paris—for obvious reasons!

Join me as I virtually travel to my most dreamed about travel destination: Disneyland Paris! Allons-y! (Let’s go)

That translated to “Sleeping Beauty Castle”— and I must admit that it sounds even more magical in French.

Let’s just admire the castle for a moment. My travel goal is to see every single Disney castle around the world. So far, I have only seen 2 out of 6 castles. Le Château de la Belle au Bois Dormant would have made 3, bringing me to 50% of my goal!

C’est la vie! I found this video that shows me every detail of the castle, inside and out!

The stain glass windows, the tapestries, and even the dungeon! Didn’t know there was a dungeon? There might even be a dragon!

Check it out for yourself.

The Haunted Mansion is one of my favorite rides at WDW. Phantom Manor is the Disneyland Paris version of this iconic ride. The concept is very similar for Phantom Manor, the happy haunts still materialize—but this time it’s in French!

We also get to follow the storyline of the ghost bride a little bit closer than we do at WDW.

I was most excited to ride this attraction in Disneyland Paris! This ride through is the next best thing. I probably wouldn’t have been able to notice all of the spine-chilling details in the ride.

The video was filmed with an extremely low light setting, which allows us to see every spooky detail of the ride!

I am a sucker for character meet-and-greets. I would rather wait hours for a character than for a ride. Nothing makes me smile more than a big hug from Winnie-The-Pooh.

I love seeing rare characters, even if it’s just online! Did you know that you can meet Rapunzel and Flynn Rider? You can only see him in the parade at WDW, but a meet-and-greet would be superb!

Check out all of the other characters at Disneyland Paris that are fairly rare for WDW standards!

I love The Festival of Fantasy parade! My best friend and I love watching the parade together!

I didn’t want to spoil the Disneyland Paris parade, so I didn’t watch any videos. Now that we had to reschedule our trip—I couldn’t help myself!

I found this great video of the parade at Disneyland Paris of the full parade!

Check out the larger than life floats, the enormous Sven, and some of our favorite Disney couples in the parade:

After a long day walking around Disneyland Paris and creating perfect memories in this new and grand park you get to hop over to Disneyland Hotel, put on their luxurious robe, and fall asleep in a big comfy bed! 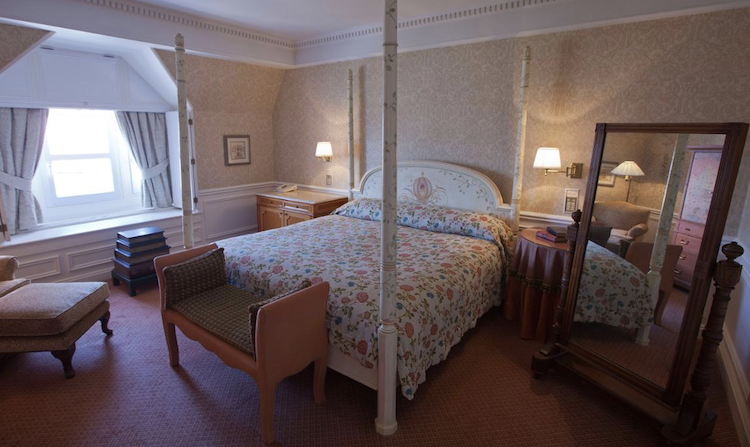 That was going to be my realty last week…

What I was mostly looking forward to was our stay at The Disneyland Hotel on Disneyland Paris property!

It is The Grand Floridian of Disneyland Paris and it is practically perfect in every way. Just look at it—stunning! 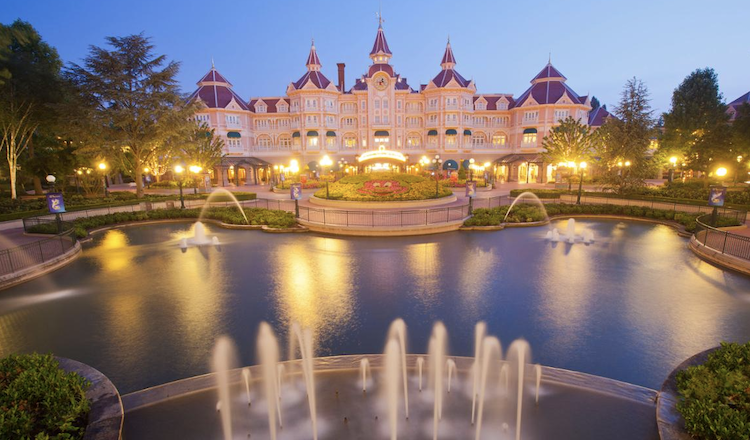 The pictures don’t even do this resort justice. It is…how you say … magnifique! This video tours the exterior and lobby of the hotel and it also showcases a room as well.

Are you still missing Walt Disney World after your virtual tour of Disneyland Paris? Why not subscribe to our magazine, and you can escape to Disney every month with our new edition!