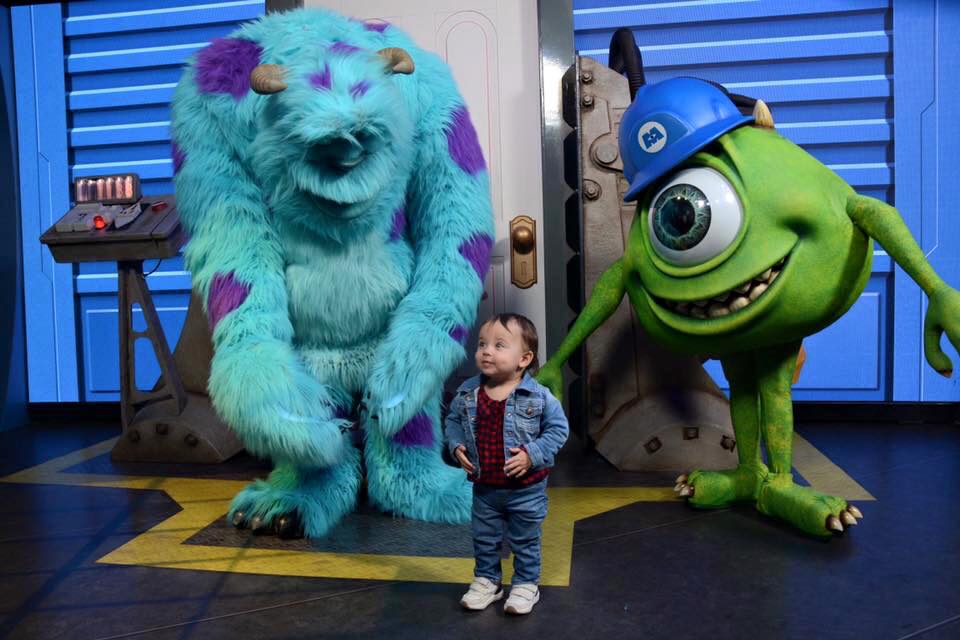 While introducing a little one to the Most Magical Place on Earth is a spectacular moment, becoming a Disney mom is also a momentous change that requires a drastic shift in your Disney philosophy.

So how can you plan to transition from childless strolls to family adventures? Here’s my tips on navigating this major (and majorly magical) life change to Disney mom (or dad!). 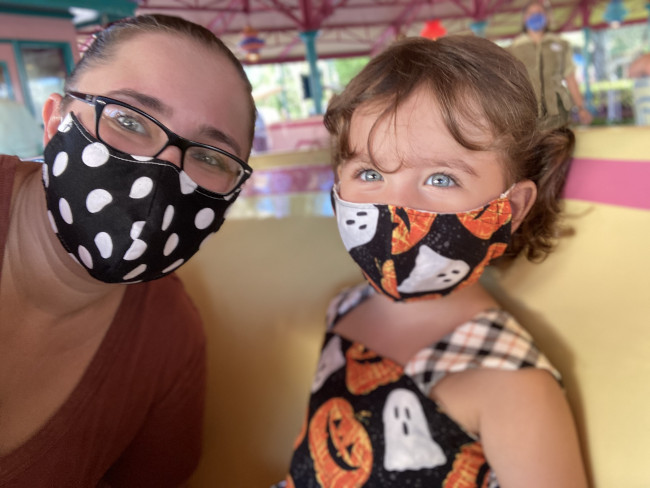 Dani and Sagan in a teacup on the Mad Tea Party — a ride Sagan stomachs a bit better than her mom does. Photo courtesy of Dani Moritz

Before my daughter was born, “packing” to visit the parks was easy. MagicBand, ID, credit card, mouse ears? Ready to go.

Now, with a toddler in tow, prepping for a visit to Walt Disney World is like living in a whole new world.

I traded the no-bag line (which has recently been removed) for a real-life Mary Poppins bag—equipped with everything from snacks and extra clothes to toys and blankets, and everything in between.

And while it might seem a tad excessive to stuff an entire nursery into a diaper bag, it is necessary. You never know what your child might need, and you don’t want to come up empty handed—especially when having that favorite blankie means avoiding a full-fledged meltdown in the Tiki Room. (Yes; I’ve been there, and I highly recommend avoiding the meltdown. It distracts the birds.) 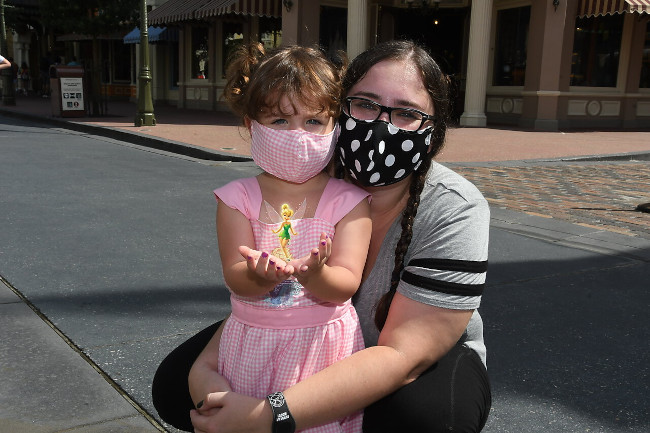 After a long morning in the park, an afternoon nap may be in order. Photo courtesy of Dani Moritz

Much of my adult Disney years featured a mad rush to do as much as humanly possible, but this kind of go-go-go mentality just isn’t appropriate with young kids.

Florida is hot, and Walt Disney World is exhilarating and, sometimes, overstimulating for young minds soaking up every inch of wonder.

Fortunately, there’s an easy fix. Accept the need for rest and plan for it.

Avoid the mid-afternoon heat and head back to your resort (or home) for a bit of R&R. If that isn’t an option, consider taking advantage of one of Disney’s Baby Care Centers (available in all four theme parks) or head into an indoor show (like Mickey’s PhilharMagic) to enjoy some entertaining reprieve.

But bottom line? Forcing your kids to spend an entire day in the parks without rest isn’t likely to culminate in the happy ending you’re after.

Looking for more Disney parent tips? Our monthly magazine has an entire “With Kids” column designed for our Disney mom and dad readers. We cover everything from hosting birthday parties to getting haircuts to surviving Toy Story Land. Subscribe today for just $8/month to have Disney magic delivered to your door. 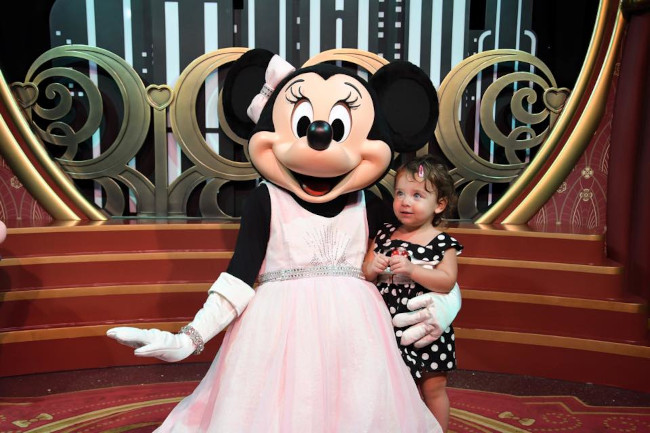 Things may not go as planned, but seeing Sagan with Minnie Mouse makes all the sudden changes worth it. Photo courtesy of Dani Moritz

I’m a bit of a type-A personality, so planning is in my nature. Following plans is not, however, in my daughter’s.

It took some time, but I’ve finally learned to accept that plans change, and that’s OK. In fact, now I embrace it.

My kid’s aversion to plans taught me to enjoy the little things like finding hidden Mickeys in attractions I’ve ridden 800 times (my toddler could ride “it’s a small world” all day) or experiencing an attraction I’d previously overlooked—such as the aptly named Prince Charming Regal Carrousel, which just might be one of the most picture-perfect attractions on property. 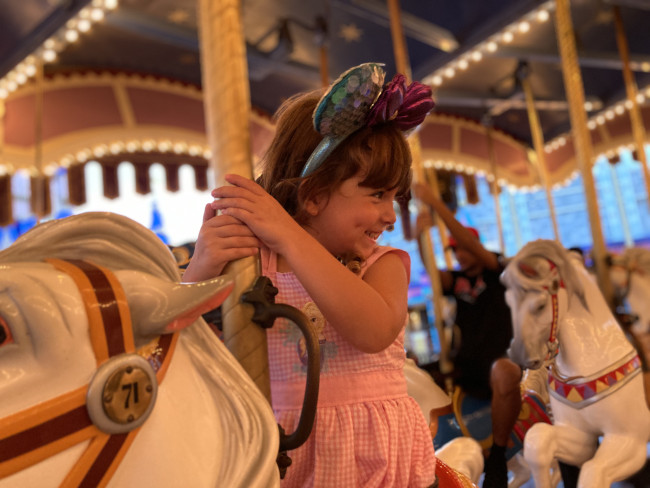 So, does bringing your prince or princess to Walt Disney World change things? Absolutely. But, with a little planning and flexibility, becoming a Disney mom can change the experience for the better.

There’s nothing quite like seeing Disney through my daughter’s eyes—hearing her cry out as the castle comes into view, watching her jaw drop at something as simple as a Mickey-shaped balloon, or witnessing sheer, unbridled joy at the sight of Mickey Mouse himself riding down Main Street USA.