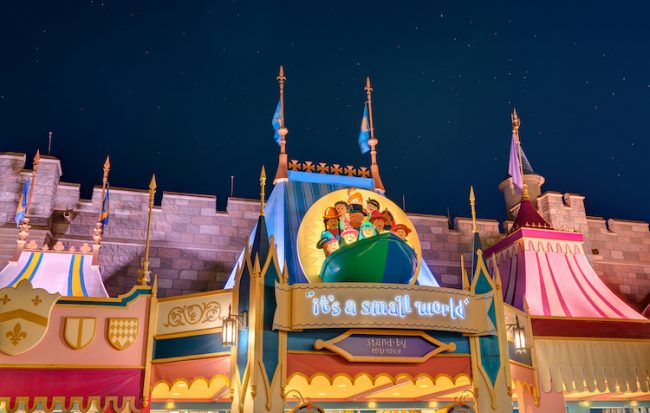 Let’s celebrate the ride’s birthday with some fun facts.

1. Adding “it’s a small world” to the World’s Fair Was a Challenge

Everyone knows “it’s a small world” came to Disney because of the 1964-1965 World’s Fair. But there are a few lesser-known details about the conception of the ride that I found especially interesting!

Eleven months before the World’s Fair would open, Disney already had four pavilions to show at the event. This was the most of any other business in attendance—all others only held one. 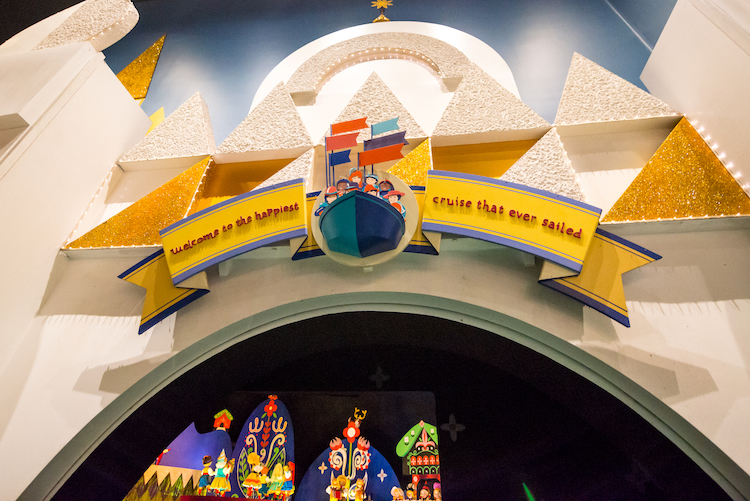 Welcome to the happiest cruise that ever sailed! Photo by Cliff Wang

But when Pepsi-Cola came to Walt and presented their idea for the “happiest cruise that ever sailed,” he couldn’t just say no. To some of the Imagineer’s chagrins, Walt added a fifth project that would eventually come to be known as “it’s a small world.”

The project had to be completed in just eleven months—that’s not a lot of time!

But they got it done and ended up making a completely revolutionary ride, a salute to UNICEF and all the world’s children. All proceeds from the ride went to UNICEF!

2. We have Navi River Journey And Pirates because of “it’s a small world” 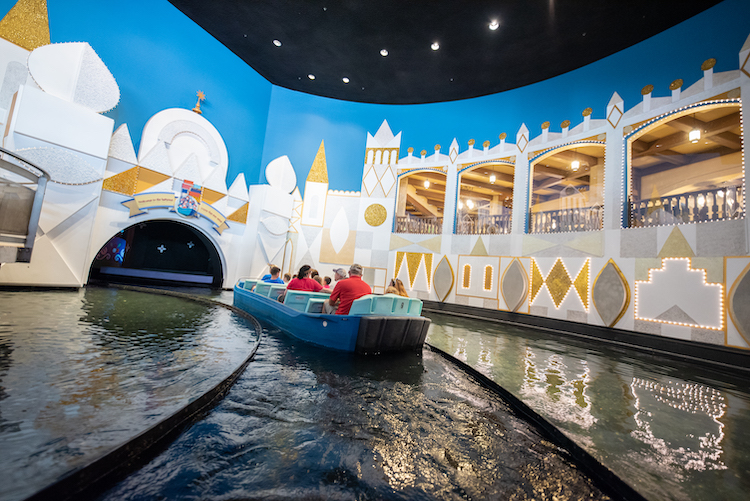 A boat ride like this seems like a simple idea to you and me today! Photo by Judd Helms

Disney knew that with a ride like this, they would need to be innovative. A boat ride, which hadn’t yet been done in this capacity, could cause issues at a chaotic event like the World’s Fair.

They had to find a way to get people through quickly.

“It’s a small world” was built to run at a steady, controlled pace, on tracks, where guests could take in everything around them and still be pushed through in an efficient manner.

It doesn’t seem too crazy to us today, as that’s how most rides work, but it’s all because of “it’s a small world!”

3. The Song Wasn’t In The First Ride Draft 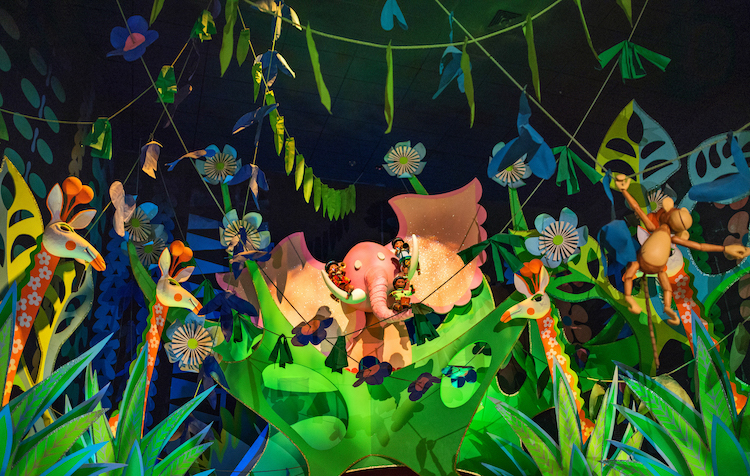 Can you hear the song playing? Photo by Mike Billick

Robert and Richard Sherman (dubbed The Sherman Brothers) worked on many, many ride scores for Walt Disney. “It’s a small world” was no exception.

However, before coming up with “It’s a Small World” the song, the brothers planned to have each represented country sing their own national anthem, in their own language.

Now, just close your eyes and ride through the attraction with me for a second. Imagine, instead of hearing that famous ear-worm, children singing their own, very different, national anthem, instead of all the same song.

According to the Sherman Brothers, it was a “horrible cacophony,” that is to say… not very good. Because of the pacing of the ride, it would be miserable to hear all of the anthems going on at once.

That’s when the now-famous song was born!

4. The Most Played Song of All Time? 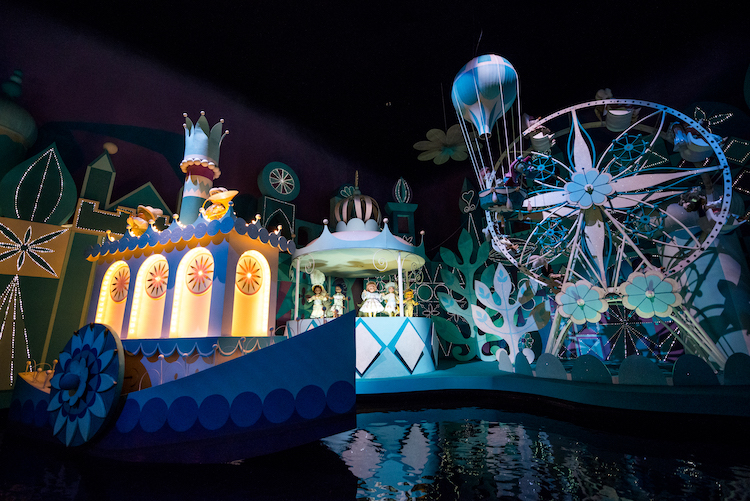 HOW many times a day is the song played? Photo by Cliff Wang

“It’s a Small World” the song is said to be the most-played song of all time—publicly played, that is. No wonder it’s stuck in your head so much!

During a 16-hour operating day at Magic Kingdom, the song is played over 1,200 times. That’s quite a few plays.

And to top that off, since the opening of Disneyland Paris in 1992, up until the parks closed due to the pandemic, “It’s a Small World” was being played somewhere in the world, every second of every day.

Oh, and in the interest of unity, “It’s a Small World” is the only song (or entity at all, excluding Oswald) the Disney company has no copyright attached to. Disney earns no royalties when the song is played.

The song is meant to be a gift to the children of the world and is totally free for anyone to use. 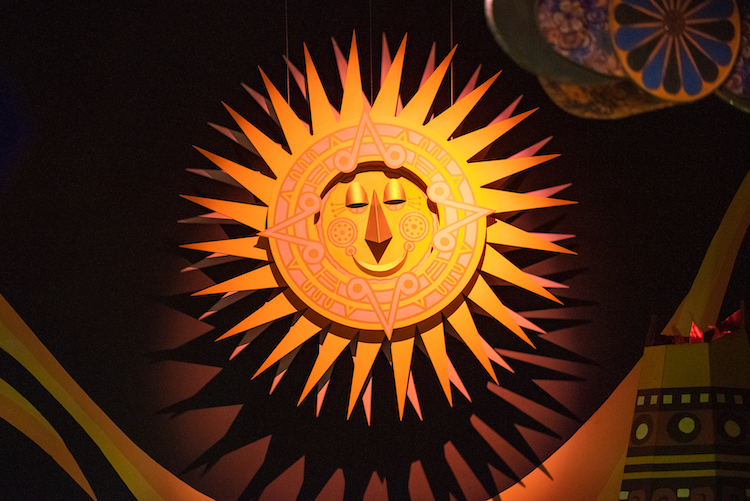 There is just one moon and one golden sun! Photo by Mike Billick

Obviously, the major overarching theme of this ride is total unity. It’s a small world after all, and we’re all the same within that world. It’s a sweet, but very important message—especially for a children’s ride.

There are several ways unity is brought to light throughout the ride.

As many may know, every single puppet on the ride is exactly the same as the last one, with the same face, but each has its own costume, skin color, and culture surrounding it.

This is done to remind us that at the heart of everything, we’re all the same, no matter how different we may seem.

Another interesting unity reminder is a prop that is found inside every room on the ride.

The lyrics of “It’s a Small World” say: “There is just one moon/And one golden sun.” 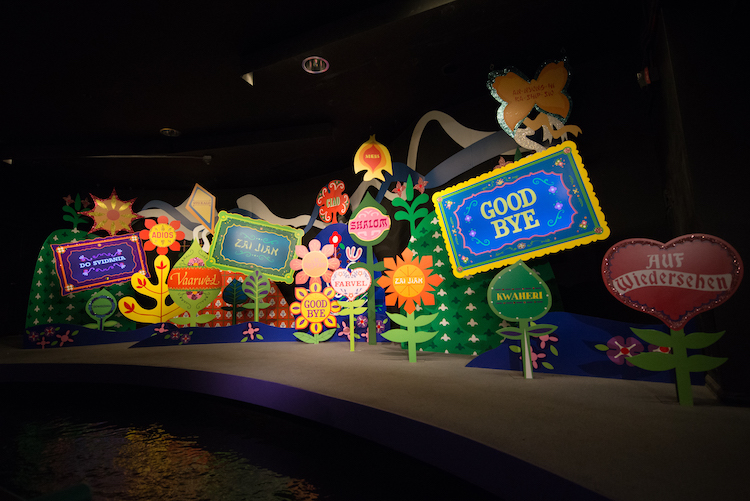 Do you love learning all you can about Walt Disney World and your favorite rides? Subscribe to our print magazine to learn even more every single month!