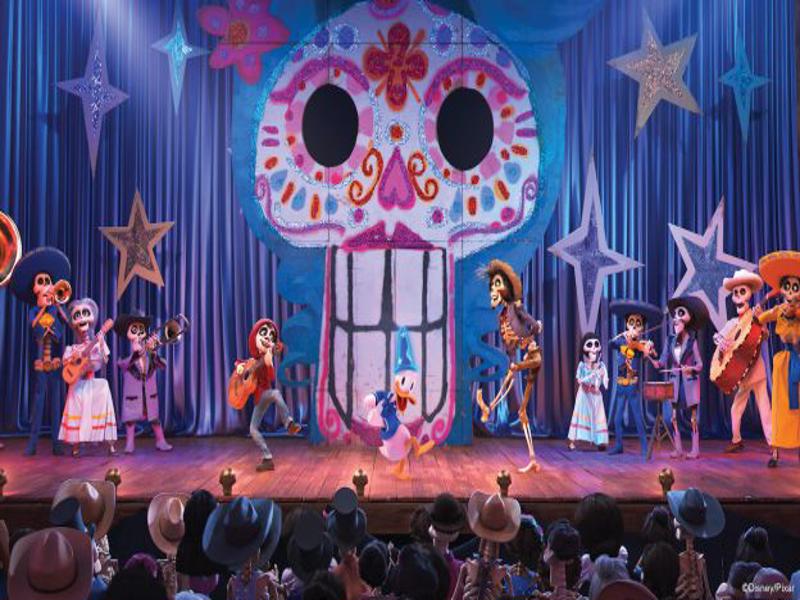 Strike up the band! A new scene inspired by the Disney•Pixar hit film Coco is coming to Mickey’s PhilharMagic on July 17. This is the first time a Disney and Pixar collaboration has appeared in the 3D concert experience.

This exciting new scene joins Mickey’s PhilharMagic at Disney California Adventure Park and Disneyland Paris later this month. It will also pop up at Magic Kingdom sometime later this year. Though Disney hasn’t said exactly when, it’ll happen during the 50th-anniversary festivities.

Inspired by the rich style of Coco, the scene transports guests to the colorful and surprisingly lively Land of the Dead. The scene features the song “Un Poco Loco,” which was performed in the film by Gael Garcia Bernal and Anthony Gonzalez.

To add a unique touch to the scene, Disney tapped world-famous composer Germaine Franco to create a unique score for Mickey’s PhilharMagic. Franco co-wrote “Un Poco Loco” and several other songs for the Coco score.

One More Reason to Check Out Mickey’s PhilharMagic 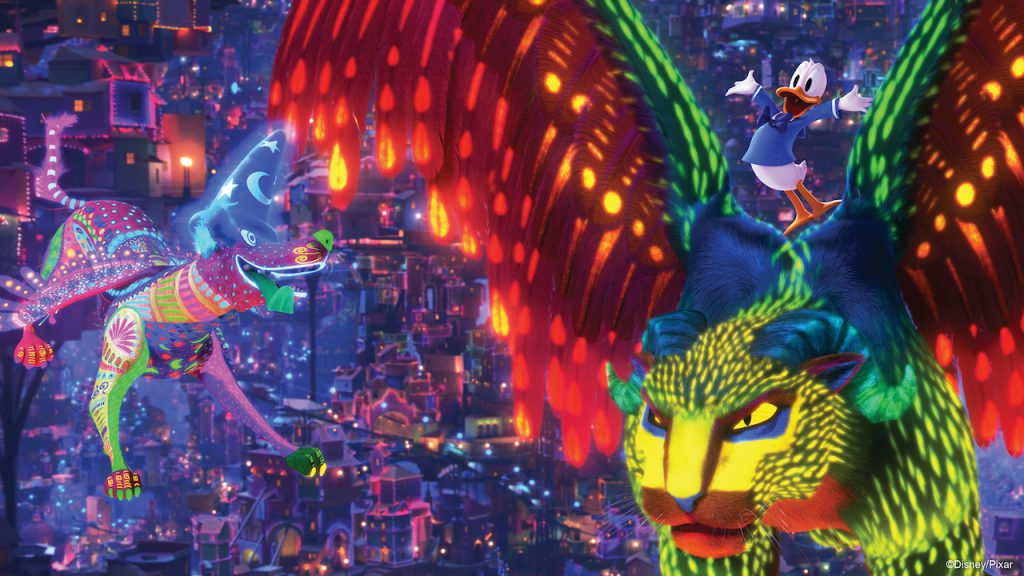 Mickey’s PhilharMagic is a must-experience if you’ve never been—or if you’re visiting to check out the new Coco scene.

This unique 12-minute 3D film features Donald Duck getting into some hijinks with Mickey’s Sorcerer’s Hat and conductor’s baton. As the show unfurls, some cool in-house special effects help immerse you in the moment.

The soundtrack includes some of the most beloved songs in Disney history. That includes classics like “Be Our Guest,” “Part of Your World,” and “You Can Fly.” Now “Un Poco Loco” joins that list of tunes you won’t be able to get out of your head for days.

If you’re planning a trip to Disneyland, Disneyland Paris, or Walt Disney World in the weeks and months ahead, be sure to check out Mickey’s PhilharMagic and the all-new addition from Coco.

If you could add one song to Mickey’s PhilharMagic, what would it be? Hit us up on our Facebook page and tell us why it’s “I Put a Spell on You” from Hocus Pocus.