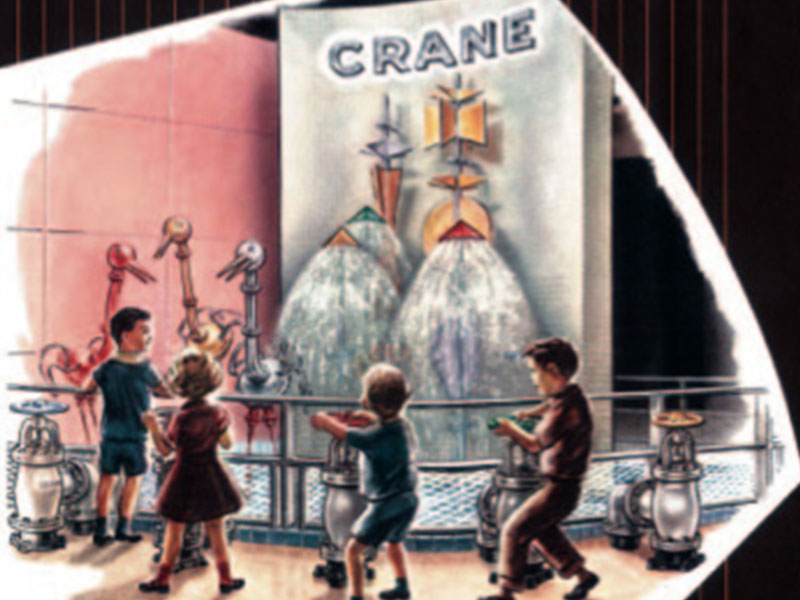 On April 5, 1956, The ‘Bathroom of Tomorrow debuted in Tomorrowland at Disneyland.

From its inception, Tomorrowland has always been about bringing the future into today. In 1956, Disneyland’s Tomorrowland welcomed perhaps its strangest attempt at reeling in the future with the Bathroom of Tomorrow (also called the Bathroom of the Future). We’re flush with excitement to share our No. 1 and No. 2 favorite things about this invention on the blog.

When we look back at the history of Disneyland, Tomorrowland is not really top of mind until we reach the major expansion of the area in 1959 that resulted in the introduction of the E-ticket. Three years earlier, the land was home to one of the strangest exhibitions ever hosted by a Disney theme park, and three years before that Walt Disney himself was having back and forth conversations on whether or not Tomorrowland would open at all.

Originally, Tomorrowland was set to open with the rest of Disneyland in 1955. As the budget for the theme park was spent, however, Walt effectively tabled Tomorrowland for much of the development phases of the park.

Then, about one year before Disneyland was set to open, Walt made the decision that even with the current budget restraints, any Tomorrowland would be more worthwhile to guests than no Tomorrowland altogether, and so the plans were back on and a noticeably smaller version of the Tomorrowland we see today would open with the rest of the park.

Where does a futuristic bathroom exhibit come into play? Well, a theme park area with fewer attractions as it turns out, is the ideal place to host a temporary exhibit.

Crane Plumbing Company and The Bathroom of Tomorrow 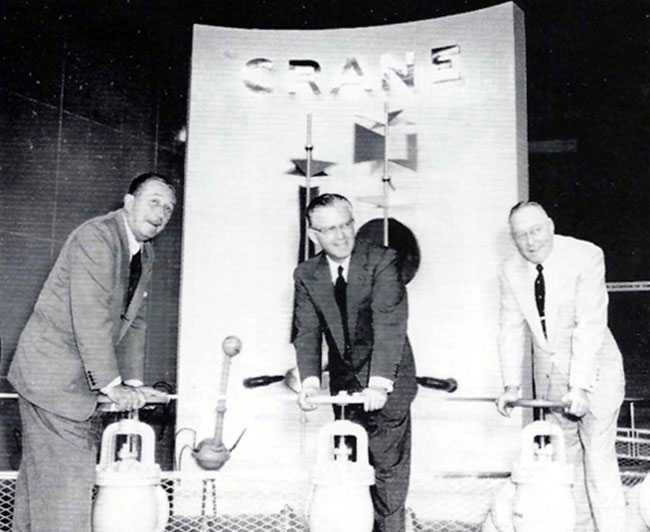 Disney attractions have historically operated under corporate sponsorship, and Disneyland in the years immediately following the park’s opening was no different. Reminiscent of a World’s Fair sort of setup, Crane Plumbing Company debuted the Bathroom of Tomorrow in the Disney theme park as an exhibition on technological advancements to come, and as a sales pitch showing visitors what could already be theirs.

Since this was no ordinary exhibit, it did not have an ordinary opening. To officially open The Bathroom of Tomorrow, Walt Disney himself was joined by Crane Co. president Frank F. Elliot and designer Henry Dreyfuss who was well-known in Hollywood for his work on celebrity homes.

Together the three partook in a most unusual opening ceremony for the exhibit, replacing a traditional ribbon cutting with an appropriate valve turning, and with that the Bathroom of Tomorrow was ready for Guests!

What Was in The Bathroom of the Future?

A lot, actually. For a relatively small exhibit in an unfinished Tomorrowland, The Bathroom of the Future featured a number of sections related to different aspects of the bathroom, while showcasing various features that guests at least in theory could add to their own homes.

One section of The Bathroom of the Future was known as the Tear Drop exhibit, which shared the design concepts and history of valves in plumbing (and was apparently rather boring, especially for younger guests) while other sections showcased futuristic and gold-plated color schemes and designs for Guests to walk away with some very unique design inspo.

A Gold-Plated Bidet and Set of Dumbbells 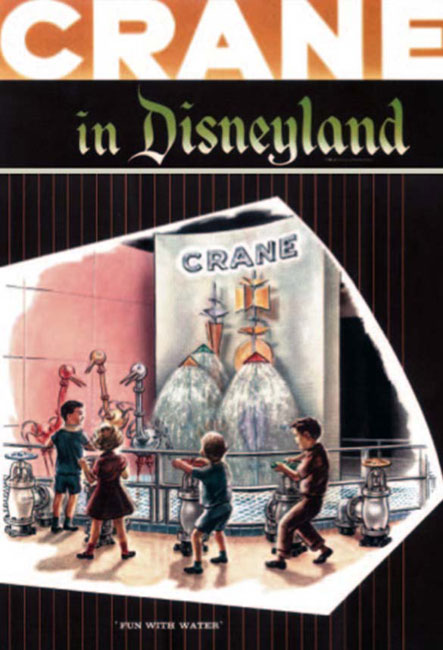 The gold-plated portion of the exhibit even featured a golden bidet, a bathroom fixture that has always been popular in Europe and has only grown in popularity in the U.S. in recent years. In 1956, a bidet (and a gold-plated one at that) would have looked like quite the cutting-edge piece of technology!

On top of gold-plated and bright yellow designs, this futuristic restroom came with dumbbells that could attach to the wall so bathroom users could get a quick workout in if they wanted to. And, it used only the latest heating and cooling technology to ensure that its occupants would always be at the most comfortable temperature.

What Happened to The Bathroom of the Tomorrow?

The exhibit lasted for four years in Tomorrowland before it closed permanently in 1960. As for Crane Plumbing, its brochures promising guests a Bathroom of the Future may have disappeared from Disneyland after only a couple of years, but the company itself continued well into the early 2000s.

You won’t find new Crane Plumbing pieces on the market today, but the company once spotted in Disneyland’s Tomorrowland is still in business through a merger with American Standard that took place in 2008.

A Bathroom of Tomorrow might not work as well in a Disney park today (the closest experience to this one in recent years is probably EPCOT’s now-closed Innoventions) but it is fascinating to reminisce on an earlier time when oddities like this one had a home at Disneyland.