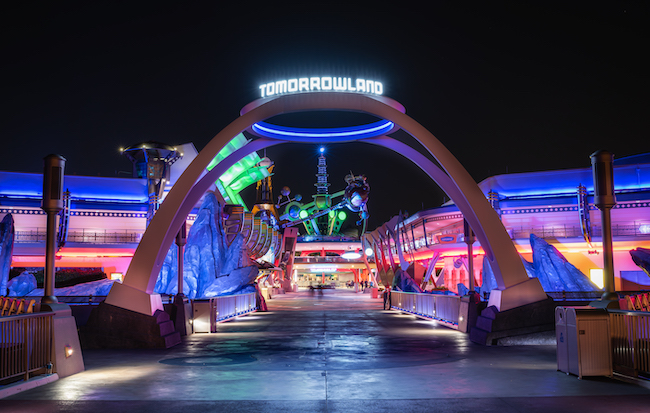 Tomorrowland was one of the opening day lands in Walt Disney World’s Magic Kingdom. It’s been around since the beginning, there are lots of fun Tomorrowland facts for guests to discover! 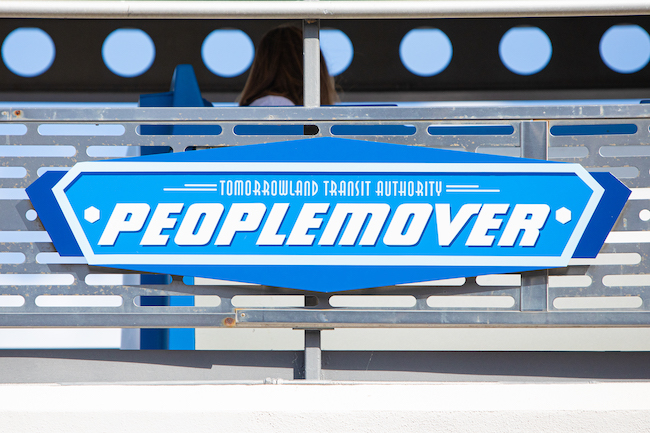 Tomorrowland has been around since the day Walt Disney World opened, but that doesn’t mean it has stayed exactly the same.

In 1994, the futuristic world was looking a little… outdated. To remedy that, Disney made some changes to the idea behind Tomorrowland.

To avoid Tomorrowland becoming outdated again, Disney made it a “working city” of the future.

It has everything a major, futuristic metropolis would need: transport, news, a power plant, shopping, dining, and more!

Next time you’re walking around Tomorrowland, be sure and take a look around and take in all the little details adding to this city of the future storyline. 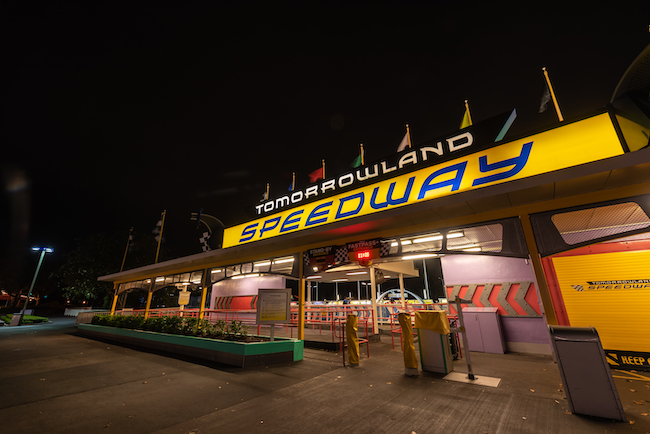 Check out the light by the Tomorrowland Speedway. Photo by Laurie Sapp

Of course, you can find Hidden Mickeys all over Walt Disney World.

There’s a lamp by the Tomorrowland Speedway. It has three round, hooded lights on it.

Twice a day, when the light hits it just right, a Hidden Mickey is cast on the ground below the lamp.

It took some major technological planning to make sure everything lined up perfectly to make the famous mouse appear.

3. PUSH The Talking Trash Can 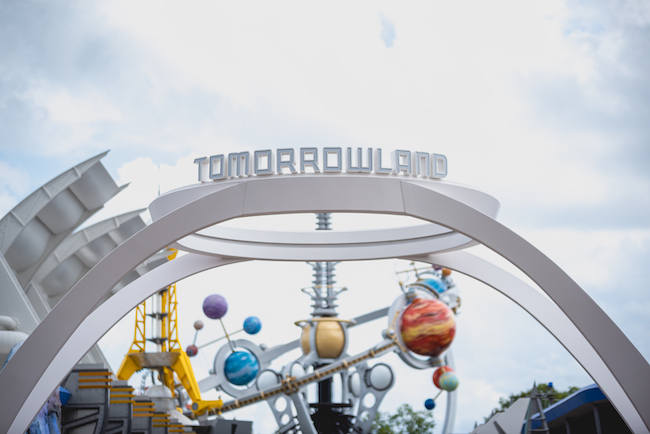 Maybe one day, PUSH will come back! Photo by Judd Helms

Everyone knows the trash cans in Walt Disney World are a destination in themselves. There’s a whole cult following around how cool Disney’s trash cans are!

But Tomorrowland had to boast the coolest trash can of them all.

PUSH, the talking and moving trash can, would make his way around Tomorrowland, entertaining guests with jokes and even occasionally helping with marriage proposals!

PUSH isn’t around anymore—he hasn’t been walking around Tomorrowland for a while. But he was a really fun addition to the idea of a city of the future, in my opinion.

I hope that one day Disney will bring PUSH back to Tomorrowland so I can say hi! 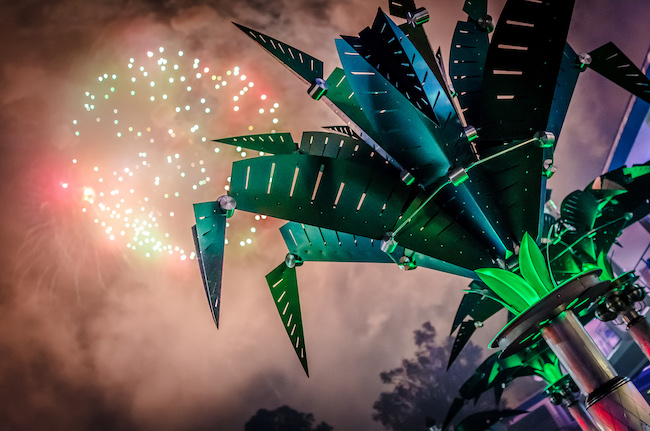 Are those coconuts good enough to eat? Photo by Cliff Wang

Disney is all about those back stories—and Tomorrowland is no exception!

To really play into the story of the city of the future, even the metallic palm trees around Tomorrowland have a reason for being there.

The Tomorrowland Light and Power Company (the gift shop you exit into after riding Space Mountain) made these palm trees themselves.

The trees are used to harvest energy from the sun. The trees capture the energy, which is then stored in the globes (coconuts) in the trees.

After the coconuts are full of sun energy, the Light and Power Company harvests the energy to power Tomorrowland!

Look around at all the trees and you’ll see one is closed up without any coconuts around it (pictured above). That one’s already been harvested!

5. No Music In Disney World? 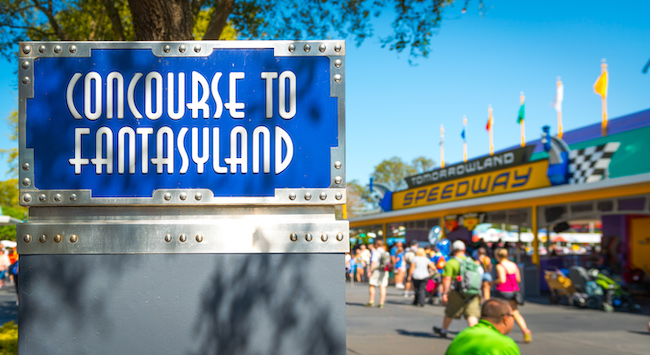 Traveling from Tomorrowland to Fantasyland. Photo by Cliff Wang

It helps you really immerse yourself into the theme of each land. Every area of the park has music and ambient sounds (and even smells) piped in to really give guests the entire magical experience.

There’s one place, though, in all of Magic Kingdom, where if you stand and listen, there’s no music to be heard.

Take the concourse to Fantasyland from Tomorrowland (over by Tomorrowland Speedway headed to the Mad Tea Party), and you’ll notice there’s no themed music around you.

Most lands have music transitioning you from one land to another.

However, there’s not really a great way to slowly ease guests from the land of the future to the land of fantasy, so Imagineers decided to leave the music out there.

Most guests probably don’t even notice there’s no music playing around them, and the transition is still smooth!

Did you enjoy these Tomorrowland facts? Be sure and subscribe to our newsletter to learn even more about your favorite Disney World lands and attractions!

Videos: Watch All of the Magic Kingdom Cavalcades