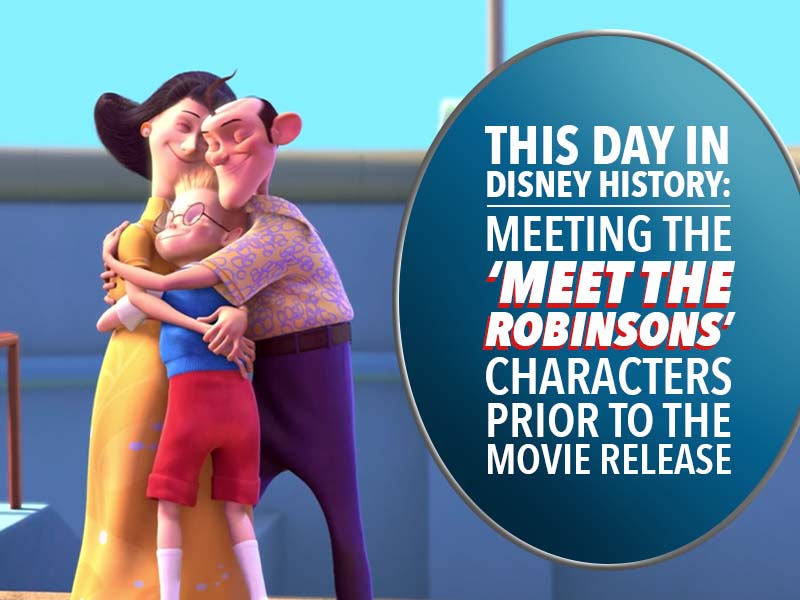 Did you know that there were once Meet the Robinsons character meet-and-greets at Disney-MGM Studios? Scroll on for all the nostalgic details.

A week ahead of the Meet the Robinsons film release, Lewis, Wilbur Robinson, and Bowler Hat Guy began doing meet-and-greets at MGM Studios (now Hollywood Studios). Though you can’t typically spot these characters now, they do still show up for special ticketed events. Find out more about this film and its presence in the parks on the blog.

Meet the Robinsons was the 47th full-length animated film produced by Walt Disney Animation Studios. The film follows Lewis, an aspiring inventor who resides in an orphanage and hopes to one day find his birth parents, as he encounters a time traveler who brings him to the future under mysterious circumstances to help his eccentric family. 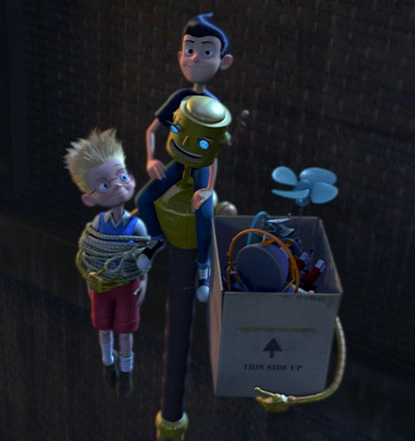 The film, which is loosely inspired by the children’s book, A Day With Wilbur Robinson, by William Joyce, features an entertaining cast of characters for a comedic yet heartfelt storyline with one of the most unique Disney villains of all time: Bowler Hat Guy. 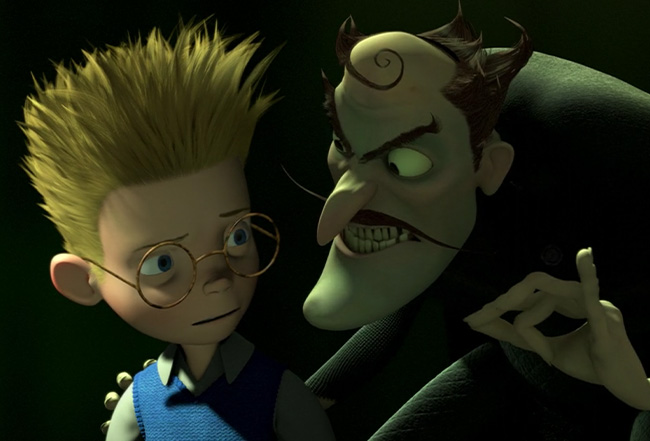 Following its release in 2007, the film was praised for its animation style, which was very advanced for computer-animated films at the time, as well as its unexpectedly heartfelt storyline. While some reviews on the film were mixed, and it is not often considered a fan-favorite today, critics and audiences generally had positive reactions to the movie, earning it nearly $170 million at the box office when it debuted.

The characters from Meet the Robinsons would be an incredibly rare sight at Walt Disney World today, but if you happened to spend some time at Disney MGM Studios in 2007, it would have been a common occurrence for most of the year!

One week prior to the theatrical release of Meet the Robinsons, three characters from the film began greeting guests in this Disney Park. Meeting characters before a Disney film release is always an interesting experience as guests do not always know much of their stories, and for those unfamiliar with the film, a meet-and-greet with a character like Bowler Hat Guy would have been unique for sure! 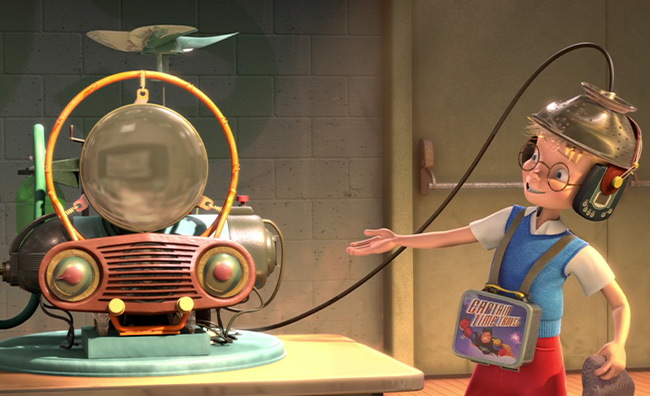 In addition to Bowler Hat Guy, guests were able to meet Lewis and Wilbur Robinson. The trio greeted guests inside the Magic of Disney Animation building within the Animation Courtyard. (This location today is home to Star Wars: Launch Bay, but in 2007, this was the building where guests would find meet-and-greet experiences with characters from Disney animated films as well as drawing classes where artists would teach guests how to sketch favorite characters.)

Wondering which other Disney characters met in this area of the park in 2007? Remy from Ratatouille and Handy Manny from Disney Junior!

Where Are the Meet the Robinsons Characters Today?

Bowler Hat Guy is a little bit easier to come by, simply by virtue of him being a Disney Villain. We can’t guarantee that you’ll see him during your next Disney vacation, but there are a couple of events you could attend to increase your chances. 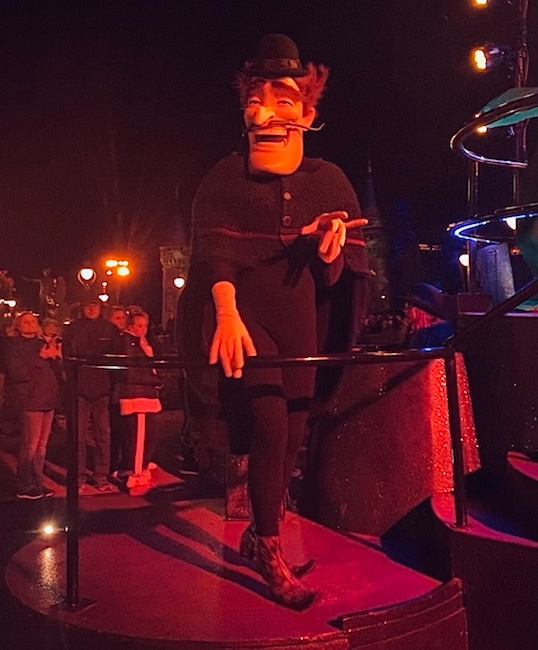 Bowler Hat Guy is easier to spot to this day. Photo by Trisha Daab

The film’s villain can sometimes be found as one of the characters along the race route at runDisney events, as he has been spotted there in the past, and the races do showcase rare characters that are not often seen in the theme parks. 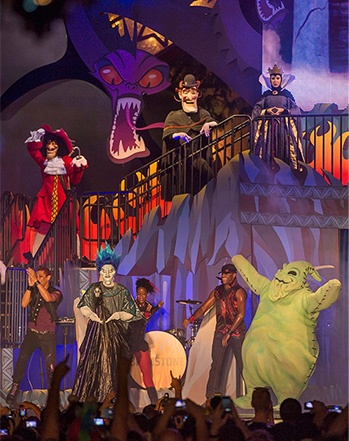 Bowler Hat Guy boogies down with other Disney Villains. Photo courtesy of Disney

With Walt Disney World continuing to come up with new ways to see characters, it will be interesting to see if more rare characters like this trio from Meet the Robinsons revisit the parks in the future. The new Disney Adventure Friends Cavalcade that just started in the Magic Kingdom features more Disney characters in one experience than we have ever seen before in the park, so it is always possible that rare characters could make a comeback!