The Latest Thor Love and Thunder Trailer Reveals Terrifying Villain—But Who is He?

The trailer for Marvel’s movie event of the summer has finally arrived! Thor: Love and Thunder is set to be as epic as its predecessor with a romantic twist. We are celebrating with a whole new crop of Thor merch at Disney World and new peeks at the film.

The latest trailer offers Marvel fans a teasing glimpse into scenes both hilarious and intense, carrying on the whimsical Guardians of the Galaxy-esque tone that fans adored in Thor: Ragnarok.

Except this time around, Thor won’t be up against the legendary Hela or the Sakaarian Grandmaster (although I wouldn’t mind a cameo from Jeff Goldblum …). He has a new set of challenges ahead, and we can’t wait to see what happens next!

Who is Gorr the God Butcher? 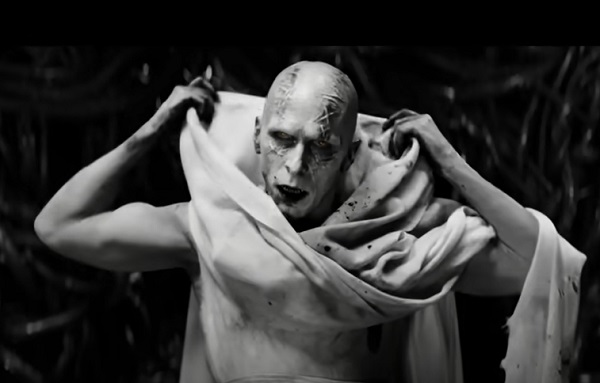 The trailer introduces audiences to the terrifying villain known as Gorr the God-Butcher, played by Christian Bale. He sort of looks like a mix between Harry Potter’s Voldemort and Dragon Ball Z’s Piccolo – in short, Gorr is super creepy. On top of that, he’s ultra-powerful – he isn’t called “the god butcher” for nothing!

Despite this being Gorr’s first appearance on the silver screen, die-hard Thor fans would tell you that Gorr has a rich history in the comics. 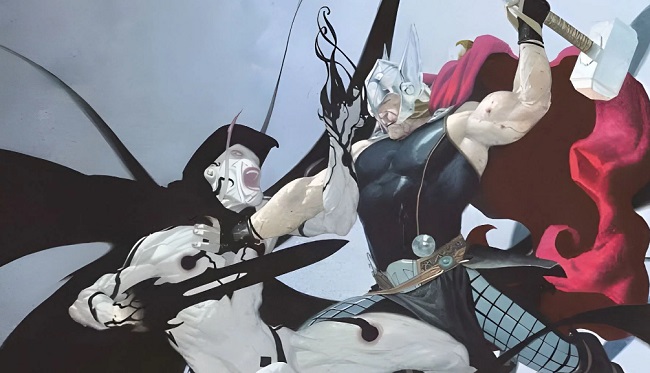 He was born on an impoverished foreign planet, where he lived a deeply tragic life as an orphan. In adulthood, Gorr had several children with his mate, but all of them perished due to the harsh conditions of their home planet.

Every day, Gorr prayed to the gods to have mercy on him and his family—but those prayers went unanswered. He stopped believing in gods, giving up on his faith after being subjected to the harsh cruelties of life.

Until one day, Gorr witnessed a battle between two gods in disbelief. One of the gods was left badly injured and begged for Gorr’s help. The god’s weapon transforms into a shapeshifting form of pure darkness and attaches itself to Gorr—the very same kind of darkness that we see on Spiderman’s opponent, Venom.

Fueled by the searing rage of grief, Gorr uses this darkness to slay the god as revenge for ignoring his prayers. From that day, Gorr set forth on a rampage to kill dark gods who produce things like genocide, famine, and war.

Who is Jane Foster? 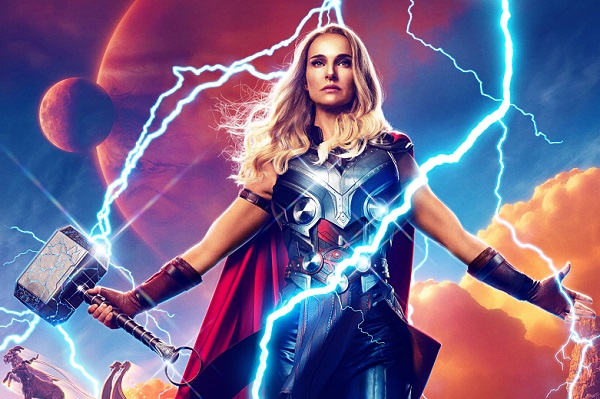 Jane has a whole new look these days. Photo via Marvel Studios

For those who haven’t watched the previous Thor movies, you may be wondering where the “love” part of Love and Thunder comes in.

Thor’s long-time love interest, Jane Foster (Natalie Portman), is a master scientist who fell in love with Thor when she met him on Earth, after which they shared a romantic relationship.

But Jane unexpectedly dumped Thor before he left to search for the Infinity Stones. You might be thinking, “now why the heck would anyone dump a guy like Thor?”

That’s a great question – nobody is quite sure! Fans have been awaiting that answer for several years, making Thor: Love and Thunder a highly anticipated film. We need the closure.

It’s clear that Thor needs it too, as it appears that he never really got over being dumped – even though it’s been eight years since they broke up.

But Jane Foster is a master scientist, so… why exactly is she dressed in Thor’s god garb in the trailer? You’ll just have to watch to find out!

Thor: Love and Thunder in Theaters

Now that you’ve become acquainted with our characters, you’re ready to embark on the romantic adventure that awaits! Don’t worry—I don’t think it’ll be too mushy. But after all, what’s a Marvel movie without a couple secret tears shed in the darkness of a crowded movie theater?