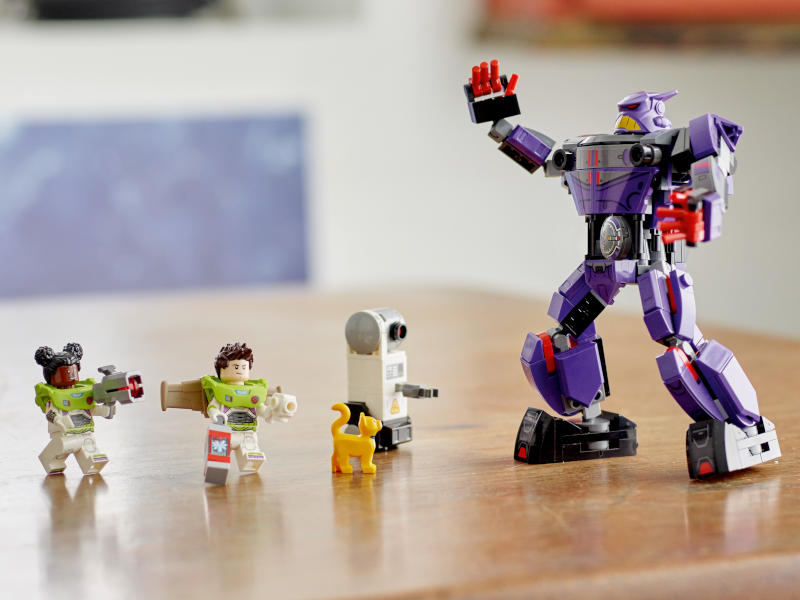 Buzz Lightyear. The spaceman, the myth, the legend. And thanks to the upcoming Disney and Pixar movie, Lightyear, we’ll get a look at Buzz’s origin story.

This post contains affiliate links so we can help Buzz with repairs. Thanks for the support!

But back to the merch. If you’re raising a Space Ranger in training, then you’ll probably see these toys on their wishlist. As predicted by our contributing writer, Tim, Buzz’s adorable feline companion robot has in fact commanded his own line of merch.

Here are some highlights of the Lightyear merch coming from Mattel, LEGO, Funko, and more. 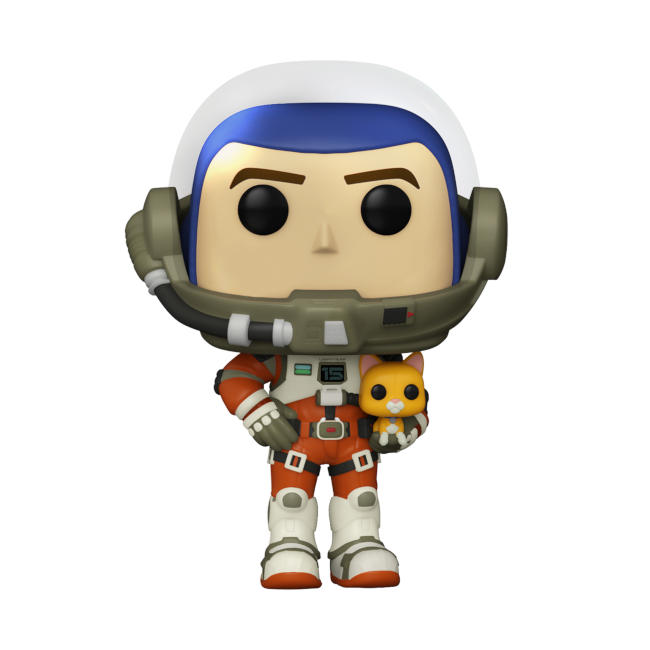 Suited up in his XL-15 space suit and helmet, this Buzz Lightyear Funko Pop! is ready to take on his next heroic mission—keeping a watchful eye over your desk. 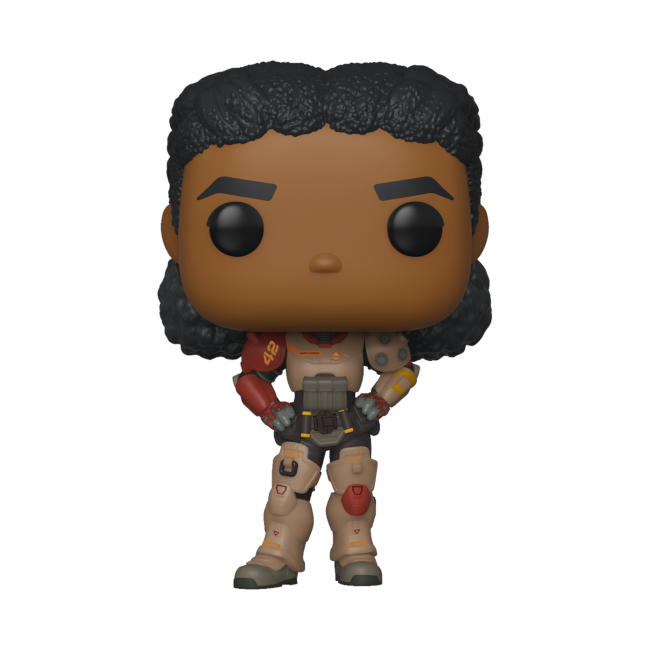 Destiny awaits and Izzy Hawthorne of Junior Zap Patrol is here for it. What intergalactic travels are in store for Izzy and Buzz? We’ll have to wait until June 17 to find out. 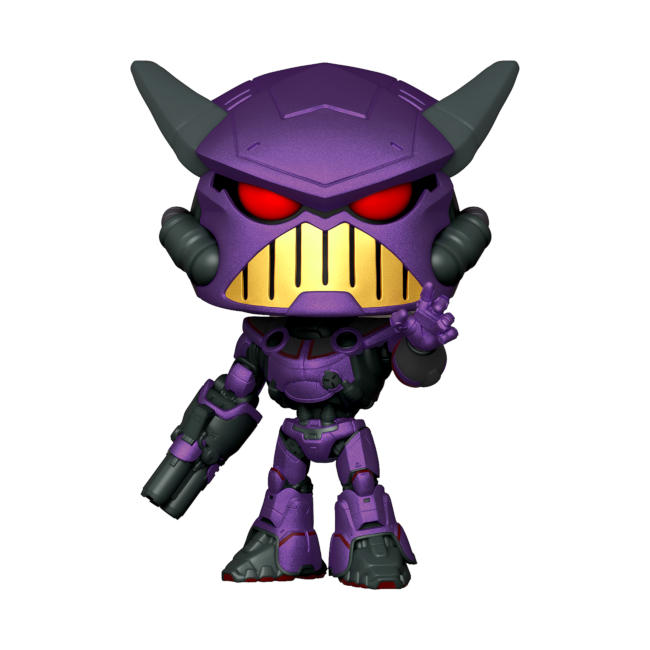 In cute Funko Pop! form, you almost forget that this is the same Evil Emperor that’s constantly threatening to blow up whole planets. Almost. 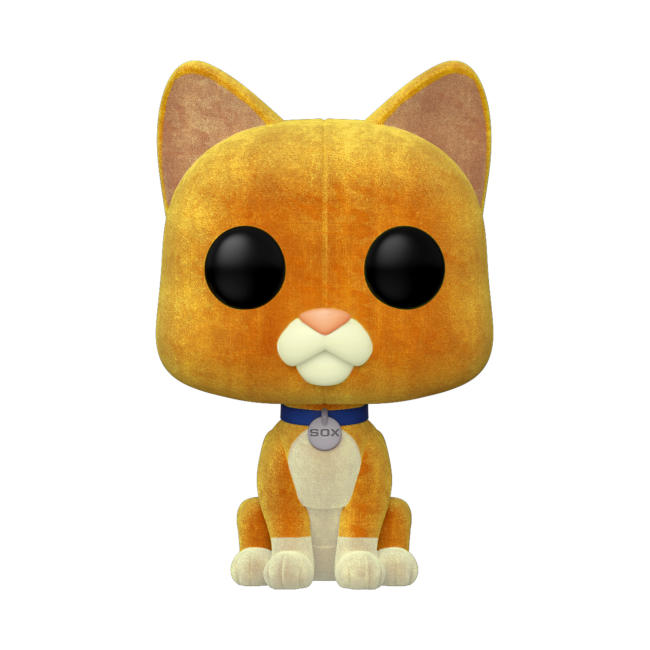 Not since Captain Marvel has there been a more scene-stealing feline. (Sorry, Goose.) This flocked (furry to the touch) variant of the original Sox Funko Pop! is too adorable to pass up.

Get it at: Coming soon to Funko.com 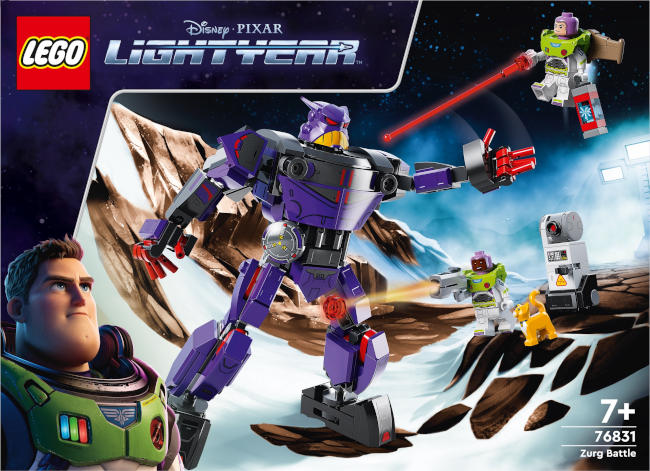 Create your own action-packed movie moment! This set comes with a build-your-own Emperor Zurg robot with moveable arms and legs as well as mini figures of Buzz, Izzy, and Sox.

Get it at: shopDisney 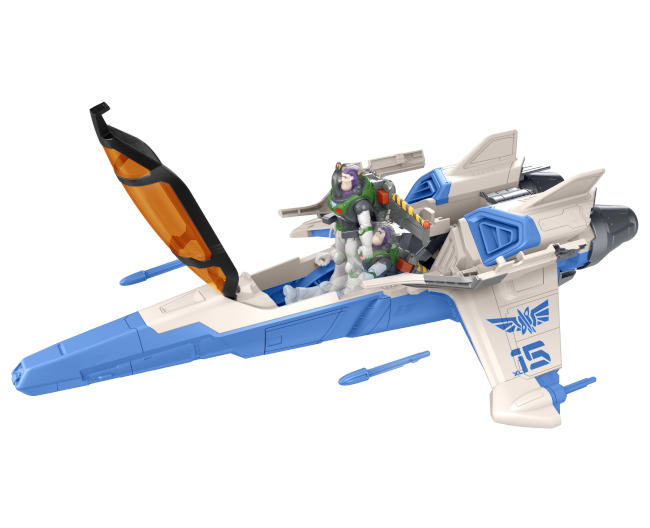 Kids will love recreating their favorite Lightyear action sequence with this Blast & Battle spacecraft (and maybe even dream up some action scenes of their own). 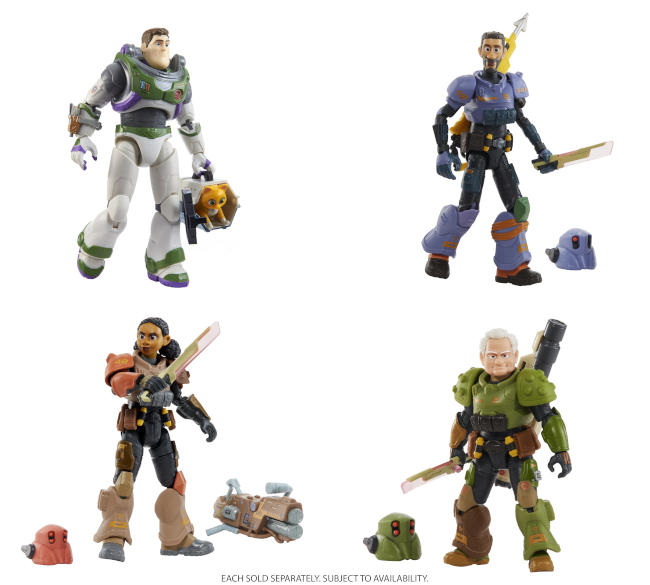 Don’t these action figures look like they jumped off the screen and into real life? Almost like they may … come to life at any moment? Wait a second. That’s a different movie. 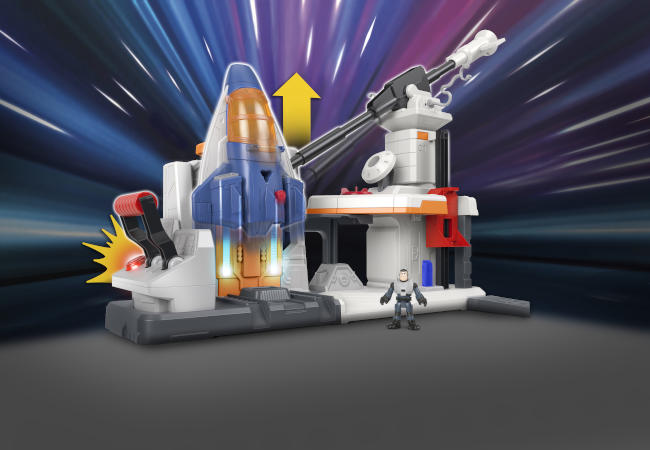 Can you believe that the same kids that saw the original Toy Story in theaters are now grown-ups with kids of their own? And they can buy toys like this to introduce their kids to Buzz Lightyear? Oof. Now we feel old.

Get it at: Available at Target and Amazon 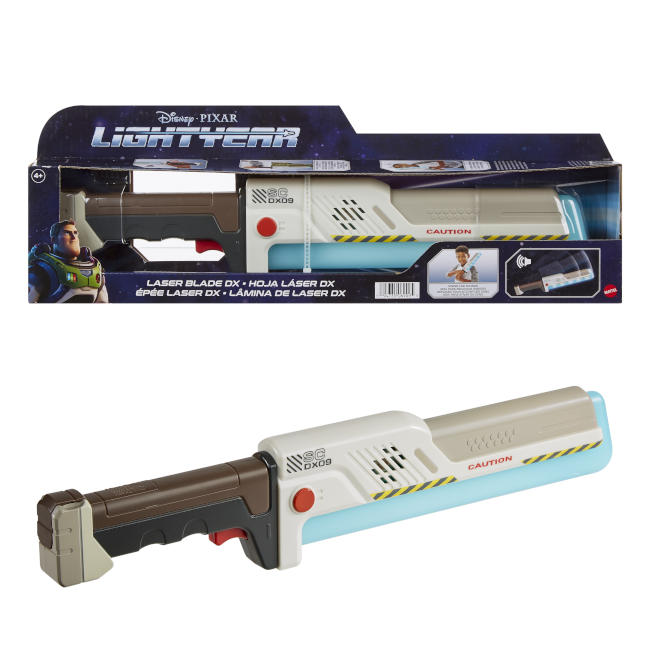 We had lightsabers as kids. Today’s kids are going to want this replica Laser Blade. This one’s sized for kids, but you know you’re secretly jealous you can’t get one for yourself. 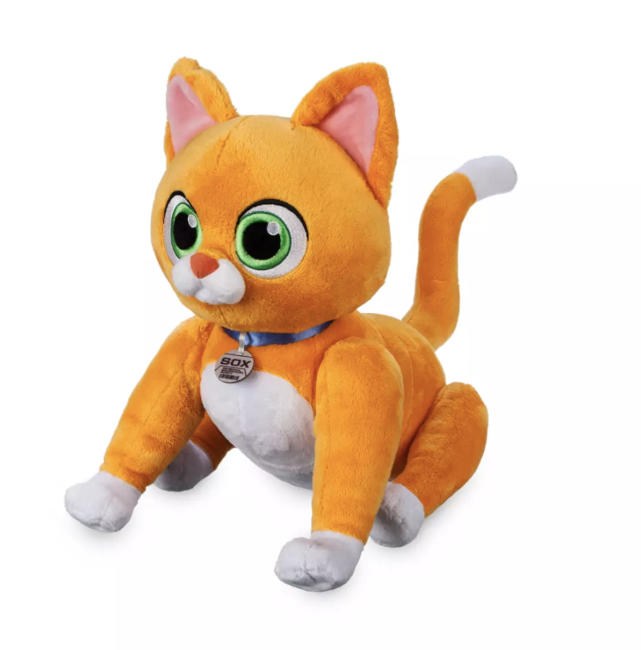 What do you think? Have we saved the best for last? This Sox plush isn’t just super soft with ginger fur. It has poseable legs and a head that moves too. Ability to replicate sleep sounds not included.

Get it at: Available at shopDisney

Blast Off With New Lightyear Merch

Bring the excitement of Lightyear home with these intergalactic toys and collectibles. And don’t forget to catch Lightyear in theaters on June 17, 2022.