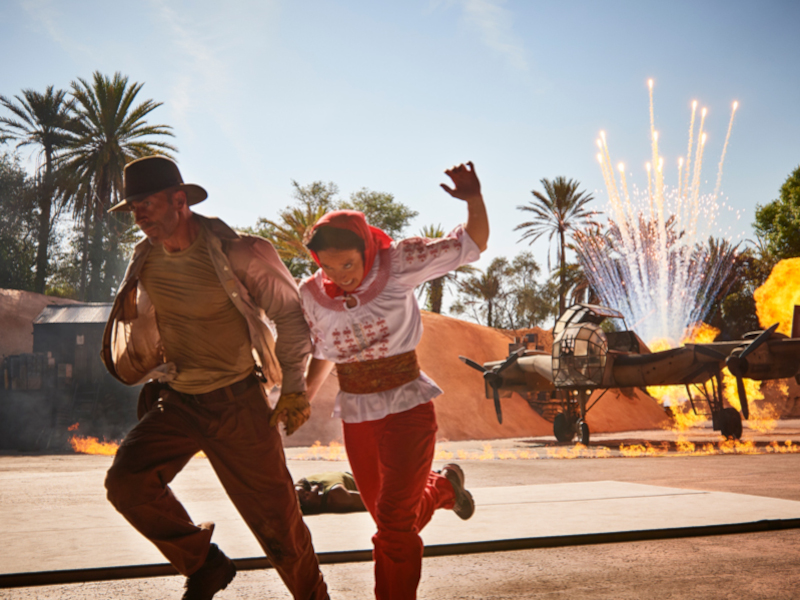 There’s a lot to look forward to in December, but Disney is giving you yet another biggie. Break out your outback hat, whip, and dry wit—the Indiana Jones Epic Stunt Spectacular! is reopening on Dec. 19.

Indiana Jones Is Back in Action This December

On Tuesday, Disney announced the return of the fan-favorite experience as well as live entertainment resuming at the four Walt Disney World Resort parks. Like so many other attractions, the legendary stunt show closed up shop in March 2020 due to the pandemic.

But the time for rest is nearing an end, and the time for action is nigh. With a reopening date set for a little over two months from now, the Indiana Jones Epic Stunt Spectacular! brings back one of Disney’s most popular attractions going back more than 40 years. 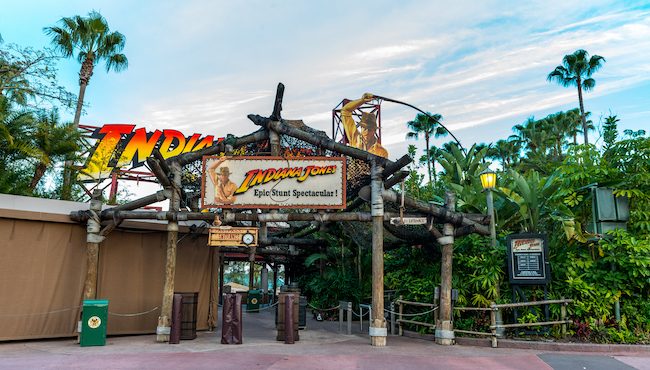 *John Williams plays in your head*. Photo by Cliff Wang

Oh yeah, you read that right: 40-plus years of action. And you thought Harrison Ford felt old.

The Indiana Jones Epic Stunt Spectacular! opened way back in 1989, and it’s somehow gone all these years without any refurbishments. Now how’s that for consistency?

Don’t Miss This Staple of the Hollywood Studios Experience 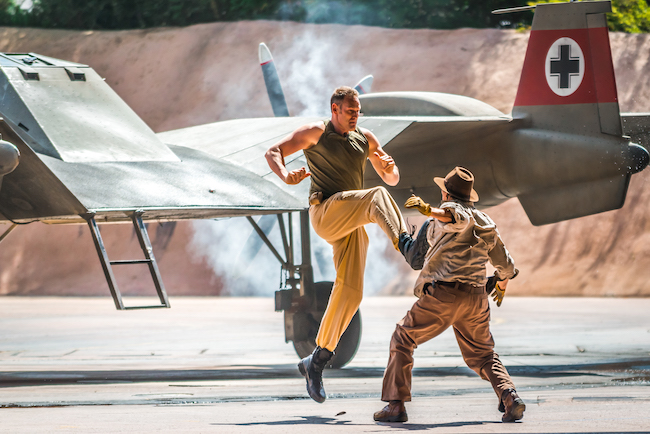 If you love Raiders of the Lost Ark, you’ve got to see this. Photo by Cliff Wang

If you’ve never been to Indiana Jones Epic Stunt Spectacular, you’re missing one of the most impressive stunt shows ever produced on planet Earth.

Naturally, it’s an absolute must if you’re already a fan of the movies. But it’s a great way to introduce your kids to the handsome, charming, somewhat blunt explorer. And, no, you definitely don’t have to tell them that you were their age the first time you saw Temple of Doom.

It’s also a great experience if you want to get in on the action. One of the most famous parts of the show: “Do Not Pull Rope.” If you know, you know. Though it’s not entirely clear if guests will still be randomly selected to take part in the show with the pandemic still going on.

We can bet that more will be revealed between now and the grand reopening of the Indiana Jones Epic Stunt Spectacular! on Dec. 19. We always knew it’d come back. Something made it inevitable.

Have you experienced the Indiana Jones Epic Stunt Spectacular before? Visit the WDW Magazine Facebook page and tell us about your favorite parts and what you’re looking forward to seeing again.