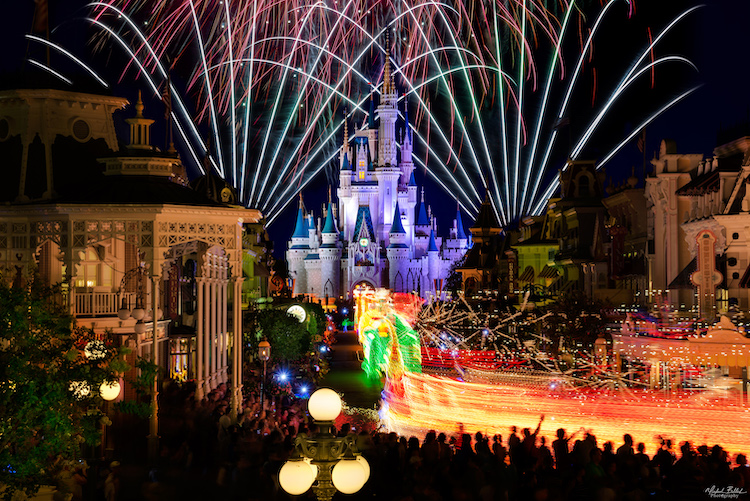 If you are an “OG” Disney go-er, as the kids are saying these days, then there is no doubt that you fondly remember the magic of the Main Street Electrical Parade either in Disneyland or the Magic Kingdom.

Today, we are celebrating the Magic Kingdom debut of this well-loved Disney parade!

While this thrilling procession of festive classic Disney characters amidst a shimmering background originated in Disneyland on June 17th, 1972, the Magic Kingdom in Disney World soon followed suit a few years later on June 11th, 1977.

Full of a holiday-level of cheer, the Main Street Electrical Parade entertained us for decades and is sorely missed by so many of us who hold it so near and dear to our hearts.

Come along as we take a trip down memory lane, explore, and reminisce this truly magical experience. 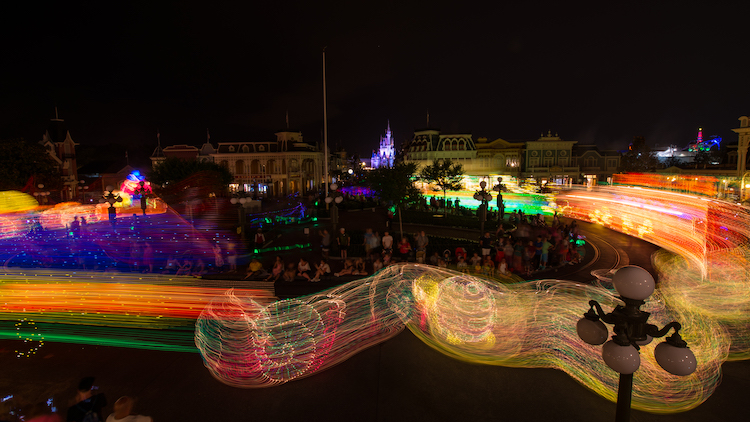 Watch the Main Street Electrical Parade as it lights up the Magic Kingdom! Photo By Cliff Wang

Disneyland in Anaheim may have been the first Disney park to introduce the Main Street Electrical Parade, but it was actually inspired by the Water Parade that takes place every evening on the Seven Seas Lagoon.

What makes both the Electrical Water Pageant and the Electrical Parade so unique is the stunning lights and the ability to only be performed in the evening.

Disney higher-ups had been looking for a new way to keep guests entertained past dark. After viewing the water parade, they decided it was the perfect type of entertainment to elaborate on and bring on land!

The Music is Everything

Like most Disney parades, attractions or events in general, the music is a huge part of what makes the event as spectacular as it is. 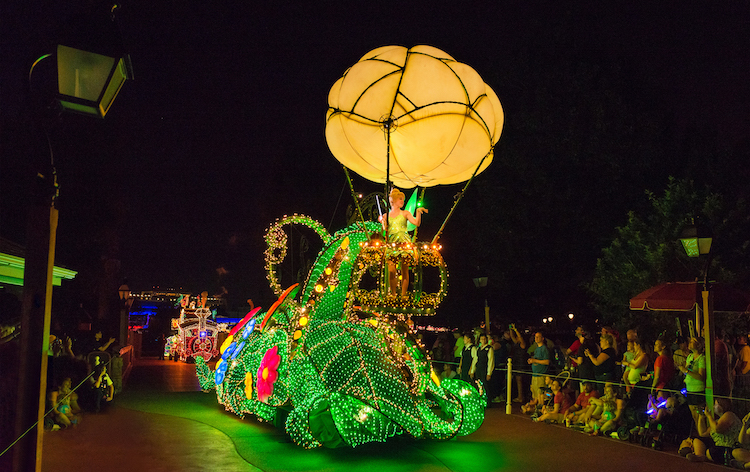 Can you hear the music of the parade? Photo by Mike Billick

Figment has “One Little Spark,” The Haunted Mansion has “Grim Grinning Ghosts,” and The Main Street Electrical Parade has… “Baroque Hoedown!”

Don’t feel too bad if you didn’t know the name of the catchy tune, the title itself doesn’t exactly roll off the tongue.

Jean-Jaques Perrey and Gershon Kingsly, who invented the Moog synthesizer, wrote this song for commercial use and never intended for Disney to use it in the first place.

Imagine Perrey’s surprise upon visiting Disneyland in the 1980s and hearing it in the parade; he had no idea Disney had built an entire parade around his 1967 tune.

Catch it Outside of Disney Parks?

On two occasions, the parade has actually been put on outside of Disney: during halftime at the Orange Bowl in 1978 and to advertise Hercules on Broadway.

Disney was able to talk almost all of the retail shops and existing businesses into muting their neon signage during the parade for the optimal effect. Only Warner Brothers on 42nd and Broadway held out.

Not a Bad Seat in the House! 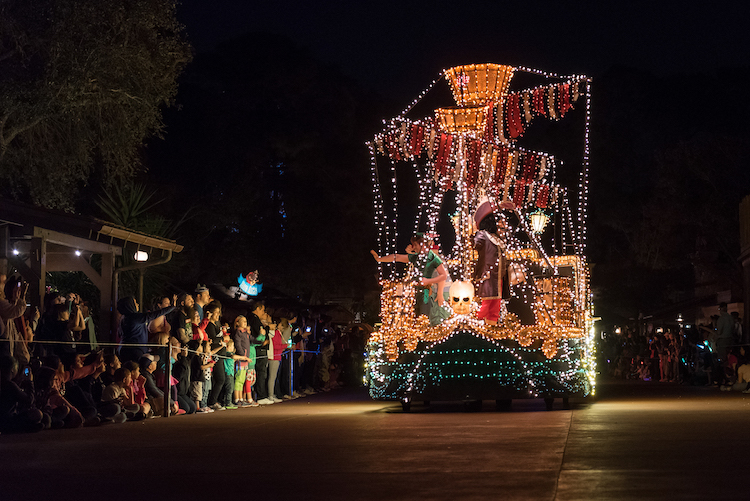 Captain Hook’s ship, all lit up is a sight to behold! Photo by Laurie Sapp

The fact that this parade is a spectacle of lights isn’t the only thing that makes it unique across the parks, it also includes a whole new way for each and every guest to have an optimal view, regardless of where they stand.

With distinct zones wherein speakers were set to amplify when floats hit said zones, guests further away would experience the show the same way someone closer to the parade would.

This was truly revolutionary and added to the magic that is the Main Street Electrical Parade.

A Picture (or Parade) Says a Thousand Words

We all have our favorite parts of our favorite Disney experiences, but the Main Street Electrical Parade is hard to dissect in that way. 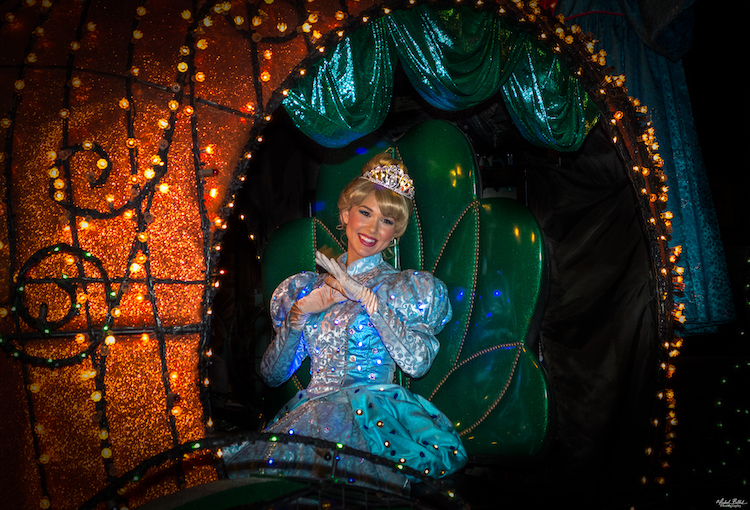 Cinderella has such a fun pumpkin carriage in this parade! Photo by Mike Billick

From the beginning where our beloved Tinker Bell greets us, to our favorite princesses floating under a lighted canopy, to Alice in Wonderland characters as you’ve never seen them before, this parade is Disney Imagineering meets Jackson Pollock all lit up like a Christmas tree!

I will take Disney any way I can get it, even though some of my favorite parades and attractions have been put to rest.

There is something so incredibly magical and altogether classic about the Main Street Electrical Parade. I hope that it is made available again one day at Magic Kingdom, lest an entire generation miss out.

With one revival under its belt after being retired, there is always hope that this festival of bright Disney characters on parade will come alive once again to enchant us the way only the magic of Disney can.

Want to keep up with the latest in Disney history? Be sure to follow along with our blog, and subscribe to our newsletter!