Marvel Day at Sea: 7 Reasons This Should Be on Your Bucket List 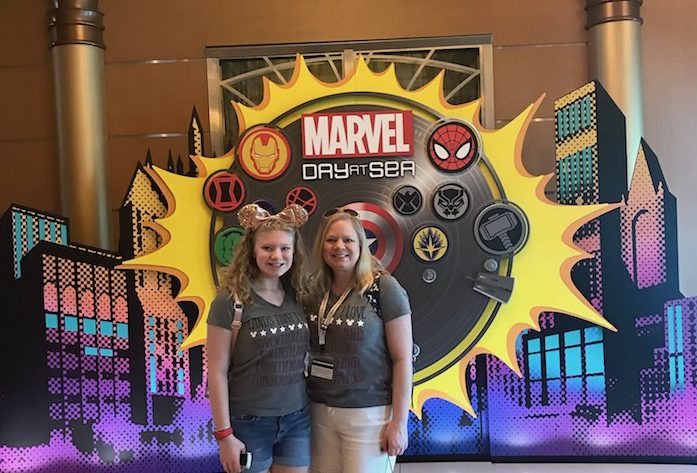 Join our head writer Kimberly Masimore as she shares 7 reasons a Marvel Day at Sea with Disney Cruise Line should be on your Disney bucket list! Disney Cruise Line recently invited WDW Magazine to experience Marvel Day at Sea aboard the Disney Magic. I had the honor of representing WDW Magazine on this adventure and to say that it was an incredible experience would be an understatement. This was my 2nd Disney Cruise, and if it’s possible, I’ve become even more addicted to cruising with Disney. You have the Disney service you come to know and love from the parks, combined with a relaxing cruise filled with amazing food and your favorite Disney characters. What’s not to love? 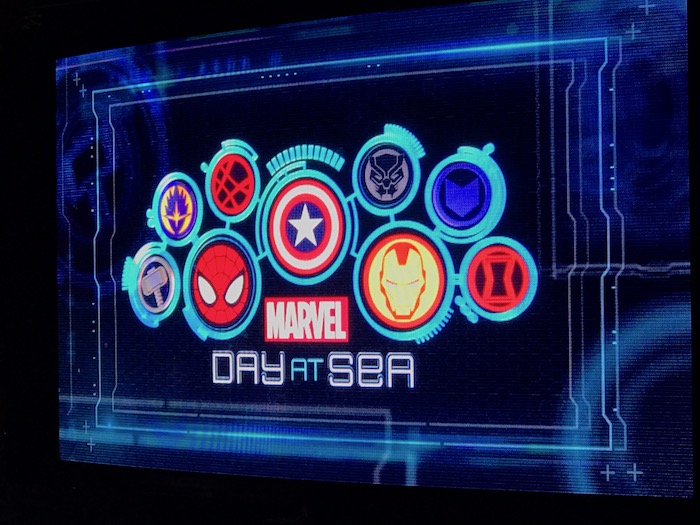 I was not the biggest Marvel fan in the universe before this cruise. I knew the main players (Captain America, Spiderman, and of course, Groot) but couldn’t really tell you who Hawkeye was (sorry all of you major Marvel fans out there!) All of that changed during this cruise. Even my daughter (who I couldn’t even bribe to watch “Avengers: Infinity War” and “Black Panther” with me before we sailed) is begging to watch Marvel movies!

Here are 7 reasons why Marvel Day at Sea should be on your Disney Bucket List. 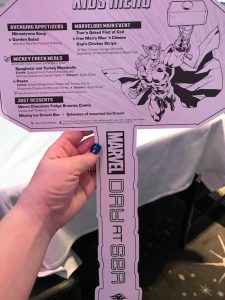 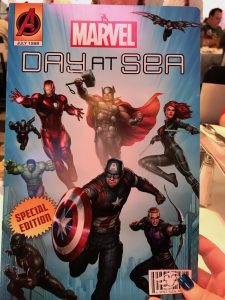 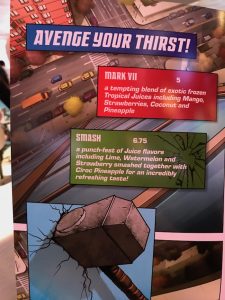 Appetizers were categorized by Black Widow, Black Panther, Iron Man, and Captain America. I chose the Captain America appetizer which was a Crispy Fried Maryland Crab Cake with Remoulade Sauce and Slaw. As someone born and raised in Maryland, I found it tasty (although I would have added some Old Bay.) 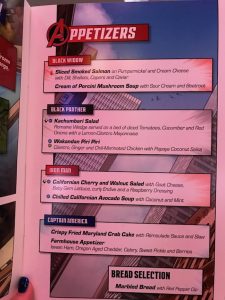 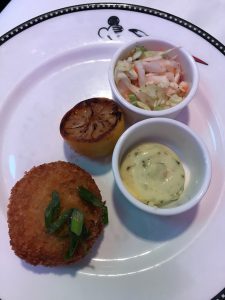 Entrees were categorized under Thor, Hawkeye, and Incredible Hulk. Here I went with the Grilled Delmonico Rib Eye Steak with Black Truffle Butter. It was cooked perfectly and almost felt as strong as the Hulk after eating it. 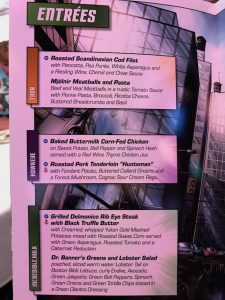 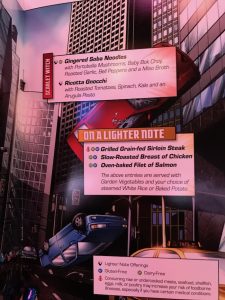 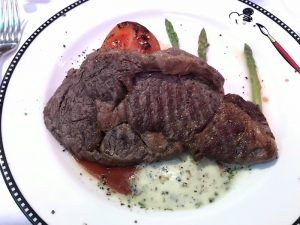 For dessert, I had the Bounty Hunter, a “pastry treasure chest filled with Raspberry and Custard, hidden under fresh Raspberries and topped with a Key Lime dome.” Soooo good! 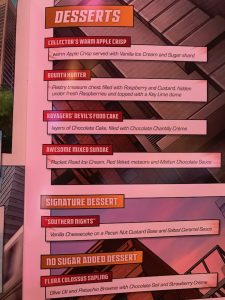 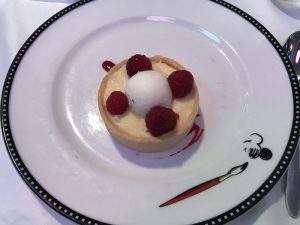 Later that evening at the Ravagers Club (named after the group of space pirates from Guardians of the Galaxy Vol. 2”) I sampled a tasty Spiderman dessert while dancing the night away to Star-Lord’s mix tapes. 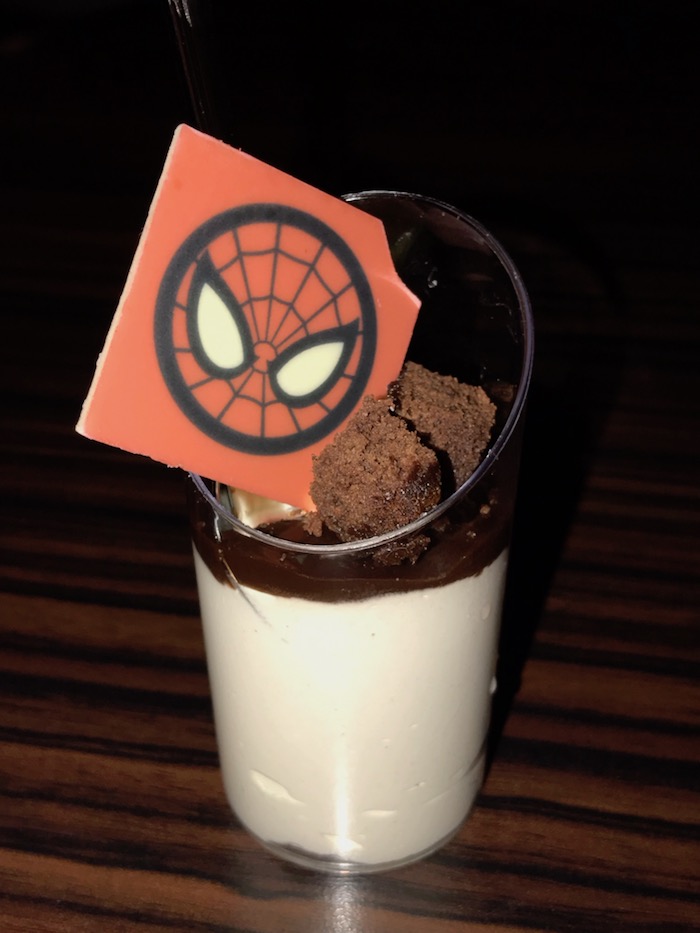 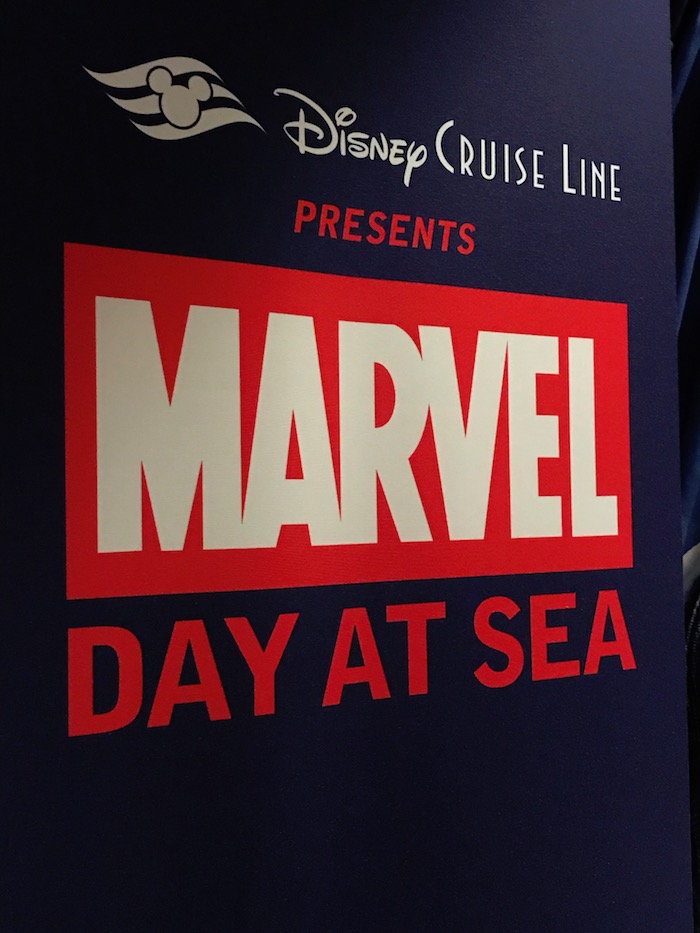 Marvel Day at Sea is a unique opportunity that you can’t find anywhere else. It gives you the chance to dress up as your favorite hero or come as you are and just enjoy the experiences. This is an amazing chance to explore a whole other world and whole other side of yourself. Words may not do this experience justice, so take a look at this sneak peek of a Marvel Day at Sea that I put together. https://www.youtube.com/watch?v=4iWDbObRmuM You don’t have to be a huge Marvel fan to enjoy a Marvel Day at Sea cruise. Sure, it might help to know who some of the major players are, but the energy onboard was so electric that I couldn’t help getting caught up in it. You might even end up like my daughter and I, yearning to learn more about the Marvel universe. And if not, there’s still a lot of Disney and relaxing to experience aboard the Disney Magic. Of course, it never hurts to open your mind and expand your horizons. Now excuse me while this newly created Marvel fan prepares for her next Marvel movie marathon. Thank you so much #DisneyCruiseLine for including #WDWMagazine to experience #MarvelDayatSea on the #DisneyMagic. We are humbled and honored for the opportunity. Check out out May 2019 issue for a full recap of Marvel Day at Sea!

Subscribers, assemble! Get your copy of WDW Magazine today!