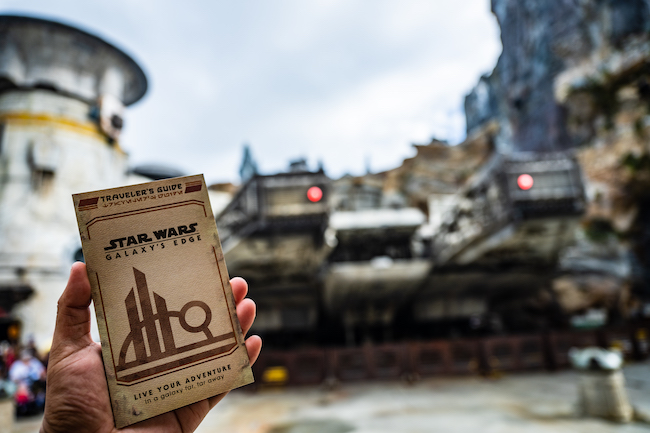 Star Wars: Galaxy’s Edge opened nearly one year ago, on August 29th, 2019. To celebrate its first birthday, we’re bringing you 5 facts about the far, far, away land of Batuu! 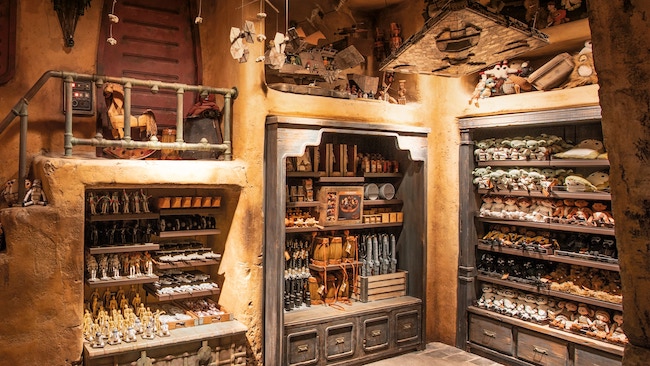 Inside Toydarian Toymaker at Galaxy’s Edge. Photo Courtesy of Disney

Inside one of the shops at Star Wars: Galaxy’s Edge, Toydarian Toymaker, you’ll find the toys tell a story in the shop.

Toydarian Toymaker is located at the Black Spires Outpost marketplace.

Along the walls and ceilings, you’ll see playsets and mobiles. If you look closely, you’ll notice these sets are telling the story of the original Star Wars trilogy.

Look for scenes from the original movies, including throwbacks to Jabba the Hut and Obi-Wan fighting Darth Vader.

As you walk around Star Wars: Galaxy’s Edge, you’re sure to notice lots of different ships displayed across the land, from X-wings to Tie Fighters. 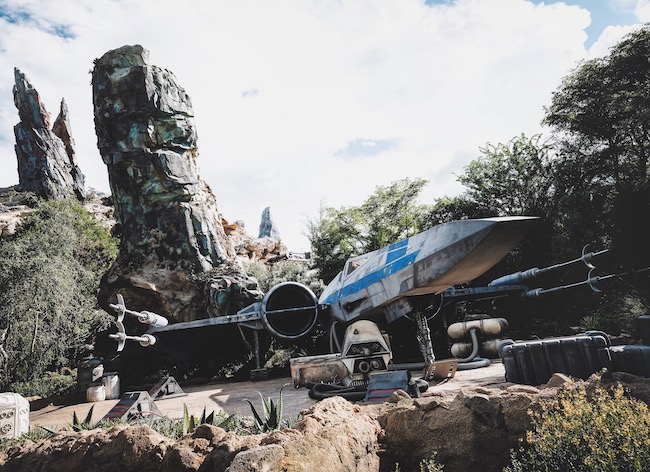 This X-wing was a prop on a show! Photo by Judd Helms

What you might not know is that one of these was actually used as a set prop on the Disney+ show, The Mandalorian!

In the Resistance section of Batuu, there’s a gray and blue X-wing, and it was used on the set before it was sent over to Disney’s Hollywood Studios. That’s pretty cool, in my opinion!

According to Mental Floss, “you see directors Dave Filoni, Rick Famuyiwa, and Deborah Chow make a cameo in the cockpit of the X-wing” in The Mandalorian. 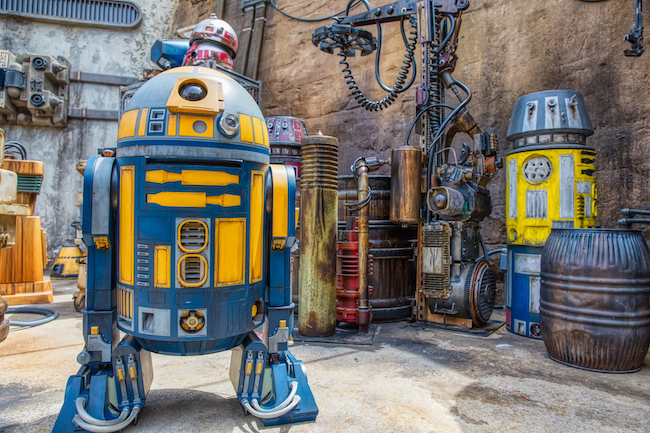 You’ll find lots of traces of droids around Batuu. Photo by Brett Svenson

As with any area of a Disney park, you always have to look down to get the full effect of the land.

Each land has its own unique path design, often painstakingly created to give guests the entire experience of being all there. This is no exception inside the gates of the totally immersive Star Wars: Galaxy’s Edge.

Look down and you’ll see droid tracks in the pavement around the land.

These were made by real droids, specifically an R2-D2 unit that was actually used in the Star Wars movies!

Look for the tracks near the Millennium Falcon, throughout the marketplace, and in the Resistance area. 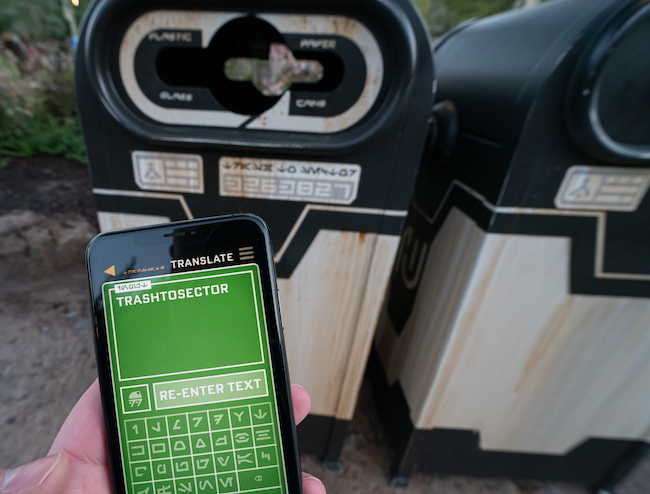 Disney trash cans are a thing of legend, and Disney fans love to take photos of the fun designs used in each land of each park.

They’re so popular, in fact, that you can even get trash-can themed souvenirs now! My family has some salt and pepper shakers.

The trash cans inside Batuu have an extra added Easter Egg on them.

On every trash can or recycling bin inside Star Wars: Galaxy’s Edge, you’ll find the numbers 3263827. This is a reference to the trash compactor Luke, Han, and Leia were thrown into on the Death Star. 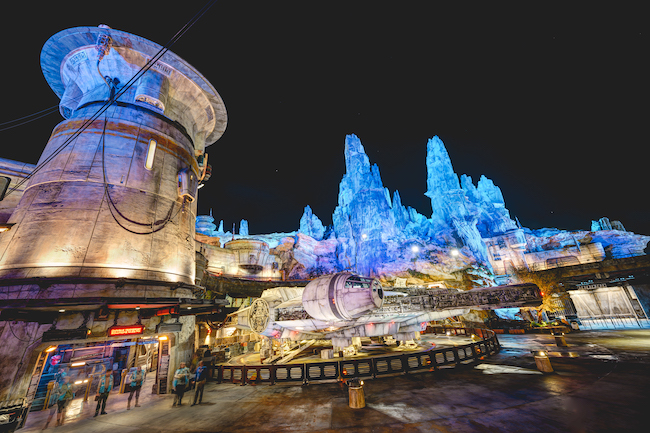 This is one immersive area! Photo by Cliff Wang

You probably realize the land is huge while walking around it, but Galaxy’s Edge is actually the largest land in all of Disney—both World and Land.

It takes up around 14 acres in both Hollywood Studios and Disneyland! Both lands are nearly identical.

And what else do you expect, for a land that houses a full-size Millennium Falcon? The ship is 100% complete and 100 feet long.

Star Wars: Galaxy’s Edge might be one of the most immersive lands in all of Walt Disney World, and I for one love losing myself walking around Batuu.

Even a year later, the marvels Disney put together inside Galaxy’s Edge still amaze me. I’m ready to go back, pilot the Falcon, and ride Rise of the Resistance!

Are you ready to go, too? Plan a completely stress-free Disney vacation by using our friends over at Destinations to Travel!