Who Is Princess Merida: A Disney Princess Profile 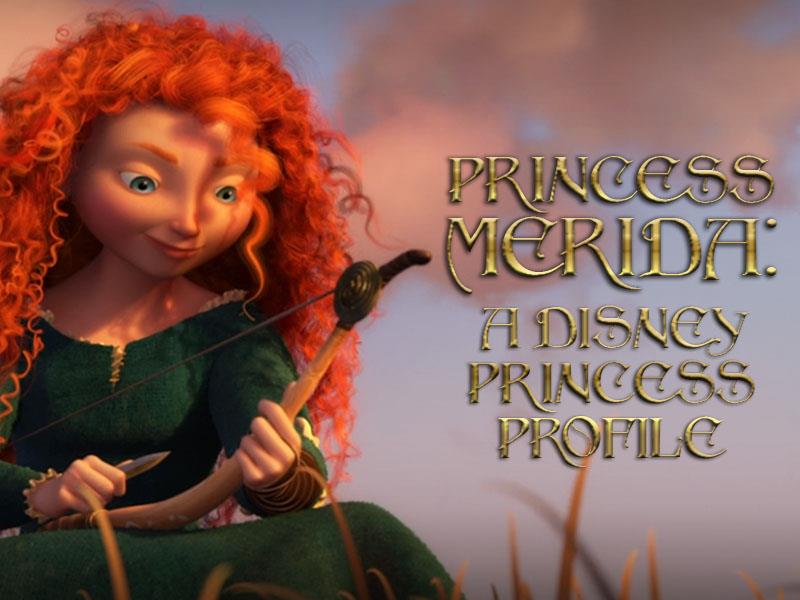 The brave Scottish lass and Disney princess Merida, deserves the spotlight as WDW Magazine releases our Pixar issue in May 2022!

“We can’t understand her”, Moana whispered in Ralph Breaks the Internet. “She’s from the other studio”, Anna chimed in.

Did you know that in the entire official Disney Princess lineup, there’s only one princess from “the other studio”? If you guessed Merida, you are correct!

Not only is she Pixar’s first official Disney Princess, but Merida is also the first official princess who does not have a love interest in her story.

Join us in our latest Princess Profile deep-dive profile, as we uncover more about this strong-willed, red-headed heroine.

If you love all things Pixar, you won’t want to miss our May issue!  Become a print subscriber for just $8/month. Don’t want the hard copy but still want all the content? For less than the cost of a Mickey Bar each month, you can get digital access to our subscriber-exclusive content!

The History of Merida and Brave 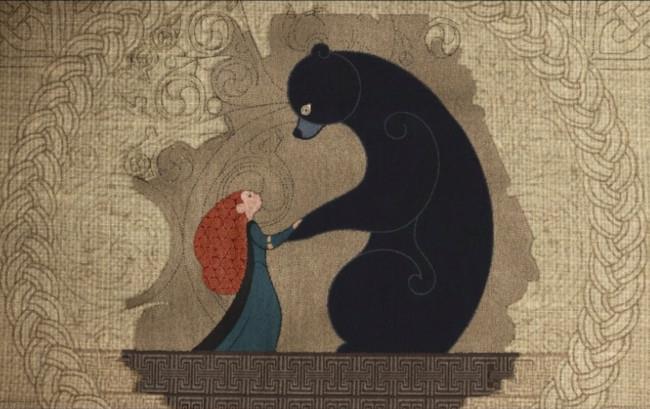 Unlike her Disney Princess predecessors, Merida’s story is not based on or adapted from an old fairy tale. Brave was a true original.

The plot for Brave was conceived by writer Brenda Chapman, who penned the story taking inspiration from her relationship with her own daughter.

Originally titled The Bear and the Bow, Chapman’s vision was to compose a fairy tale featuring a more modern princess. Coincidentally, Chapman herself worked as a story artist on both The Little Mermaid and Beauty and the Beast, so we have her to thank for contributing to the creation of some of our most beloved heroines in the Disney family who paved the way for princesses like Merida.

After writing Brave, Chapman was brought on as Pixar’s first-ever female director to spearhead the tale she’d lovingly created. However, in October 2010, she was removed from the project by John Lasseter (head of Pixar at the time), citing “creative differences”.

She was then replaced by male director Mark Andrews.

Fun fact: the only other Pixar feature film directed by a woman (from start to finish) recently happened with this year’s Turning Red, with Oscar-winner Domee Shi at the helm.

Brave had its cinematic debut on June 22nd, 2012, and had a fairly positive reception by critics and audiences alike. Chapman said her vision still came through in the end and that she was proud of the film.

Chapman was credited as a director and went on to win the Academy Award (alongside Andrews) in 2013 when Brave took home the coveted statue for Best Animated Feature, making her the first woman in history to receive the award in that category. 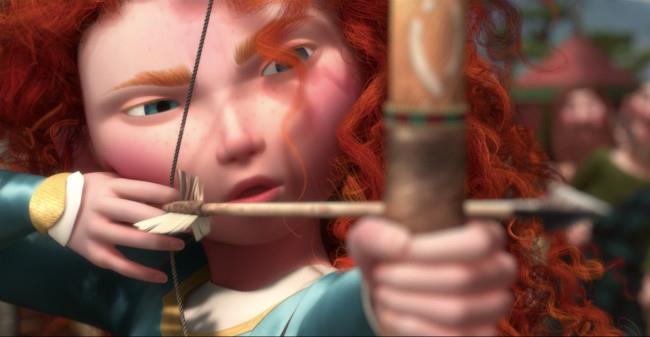 Merida is by far one of the most headstrong princesses we have in the Disney Princess canon. I love that the film is set in Scotland, because I feel like the rugged terrain of the highlands is mirrored in Merida’s exterior—and yet, like the rough terrain, she is beautiful in her own way.

She staunchly rejects societal beliefs that it’s her lot in life to be a well-mannered, perfect lady. And she most definitely does not have marriage on the brain (we love a happily single gal!).

Merida takes the wisdom from her mother’s lessons, while still maintaining her fiery spirit and her own ideals. She is able to step into her own as a stalwart ruler.

She addresses the clans, challenging them to accept new ways of thinking, and motioning to allow herself (and the visiting suitors) to choose their own partners, find love in their own time, and create their own destinies.

Up until this point in the film, we had mostly seen Merida talking about what she wanted, how to change her fate, her story. We see her fighting for not just herself here, but for the rights of others in her generation, and for the generations to come. She breaks down archaic stereotypes that she knows will not serve her or her kingdom in the future.

Merida is extremely cunning, resourceful, and self-reliant. She uses that sharp-witted cunning to find a loophole in the tournament, where she herself is promised as a bridal prize to the most well-performing suitor.

Merida uses this information to control her narrative. She cleverly chooses archery to determine the champion, competes in the tournament herself (“I’ll be shootin’ for my own hand” she defiantly proclaims), and wins, taking all her potential suitors to the cleaners. 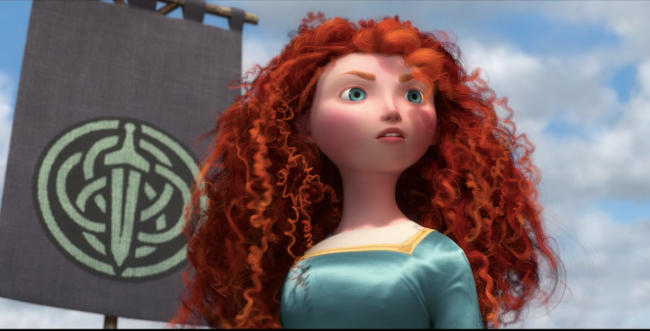 Merida seems to be at her happiest when she’s by herself (or at the very least with her Clydesdale horse and proverbial Disney Princess sidekick, Angus), climbing The Crone’s Tooth, drinking from the Fire Falls, riding through the glen, and mastering her flawless archery to her heart’s delight.

Merida is motivated by her yearning for independence, which is in short supply in her own life, especially as she grows through her adolescence.

Merida is also motivated by a desire for equality. She gets her adventurous and brash disposition from her father, King Fergus, and she grows up seeing him acting boisterous and carefree – whenever and however he pleases.

Once she realizes that as a woman, she is expected to behave differently, she is indignant at the unfairness of her situation (she comments in the film that her three triplet brothers seem to be able to get away with murder, and she can never get away with anything), and refuses to accept that she does not have autonomy of her own life. 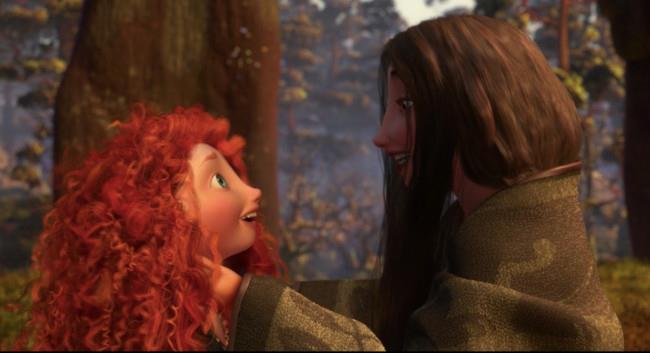 I would also argue that Merida is motivated by familial love. Sure, she inadvertently turns her mum into a bear. And if we’re being honest, she isn’t the best at taking responsibility for her part in it at the onset of the spell.

However, once she and Queen Elinor (in her newfound mama bear form) are able to learn from and respect one another, Merida fiercely protects her mother at all costs.

After all, the focal point of Brave is a mother and daughter relationship, and how to “mend the bond torn by pride”. 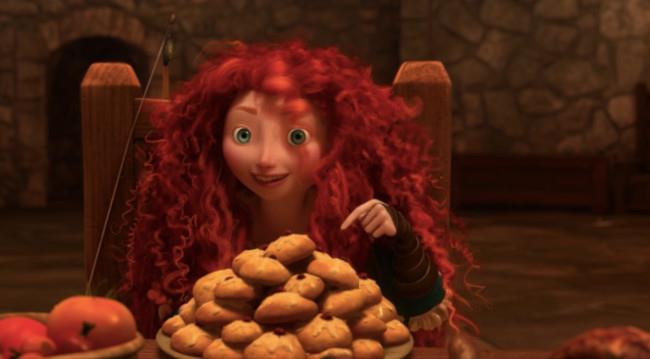 We also see that Merida loves to laugh heartily with her father, and share in each other’s stories of adventure. And, we see Merida steal a plate piled high with freshly baked cakes from the castle kitchen, which she sneaks to her little brothers. What a sweet sis.

Where to Find Merida in the Disney World 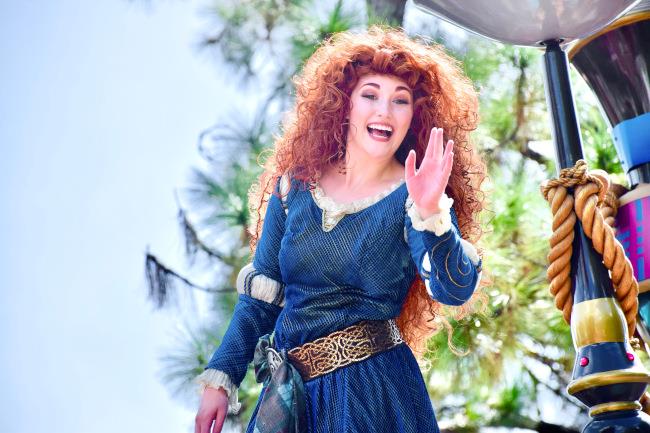 As fantastic as this brave lass is, there currently aren’t too many places you can see her in the Disney Parks at the moment.

Prior to the pandemic, Merida had her own adorable, outdoor-themed meeting spot at Fairytale Garden in Magic Kingdom at Walt Disney World (WDW), complete with tapestries, Merida’s family tartan, and a big target where lads and lassies could practice their archery. This meet and greet spot still has yet to reopen.

If you’re in the mood for an adventure, be sure to catch the Disney Adventure Friends Cavalcade happening in Magic Kingdom at WDW, where you can catch a glimpse of Merida (along with a host of other great, adventurous characters).

You also may spot Merida at the entrance to Magic Kingdom, where she waves and chats with guests from the Walt Disney World Railroad at Main Street U.S.A.

In Disneyland, Merida has been sighted roaming and meeting outside the area near It’s a Small World.

If you’re lucky and happen to be passing by at the right time, you may be able to wave hello to her.

At sea, Merida has been known to greet guests on cruises that have ports of call in Scotland once they get off the ships; however, we are not currently seeing many Disney Cruise Line itineraries docking in Scotland. 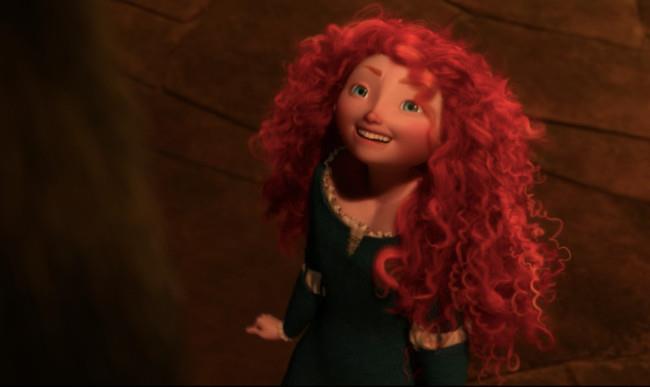 In Hong Kong Disneyland, Merida can be seen in the stage production of Mickey and the Wondrous Book.

And in Tokyo DisneySea, Merida has been known to roam around the park. Perhaps we’ll see more of her when the new Fantasy Springs is set to open at the park in 2023. 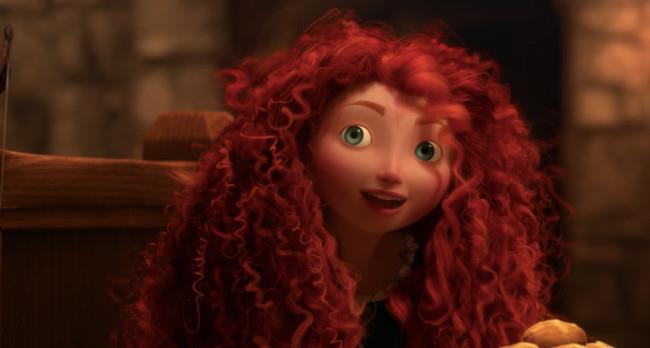 1. Merida is the only Disney Princess who we do not see bursting into song (except in a flashback scene, where we see Merida singing a Gaelic lullaby with her mother).

2. The run time of Brave is 93 minutes and includes songs such as “Touch the Sky” and “Into the Open Air”, which are not sung by any of the film’s characters.

3. Did you know that Reese Witherspoon was originally cast as the voice of Merida?

4. Merida has a hair raising total of 111,710 hairs on her head, and it was apparently at the insistence of the film’s creator, Brenda Chapman, that Merida’s signature fiery red locks be curly.

6. Merida’s animation was given a 2D “makeover” in 2013 just before she joined the official Disney Princess lineup. The bow-wielding, signature spitfire princess was given a slimmer figure, makeup, a more sparkly dress, and her iconic hair’s frizziness had been toned way down.

What Do You Love About Merida?

Is Merida a favorite amongst your family? Did she inspire you to take up archery? Tell us in the comments on our Facebook page, and be sure to subscribe to our newsletter, so you can be sure to catch the next Princess Profile!