Which Dumbo is the True Disney Classic? 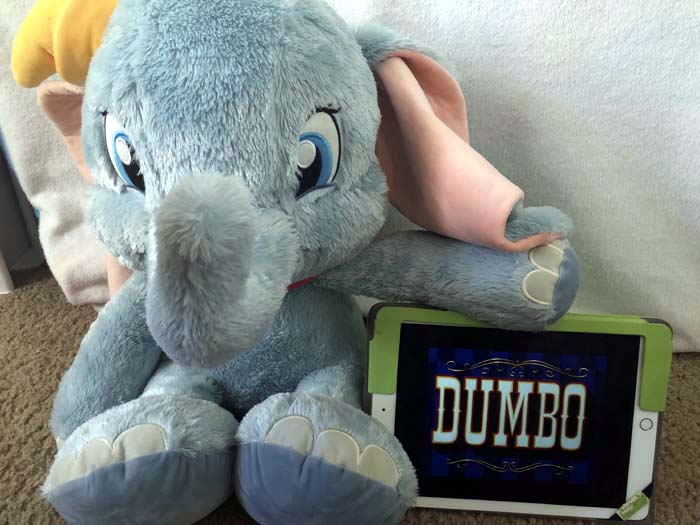 In 1941 Disney released Dumbo, a classic animated film about an adorable elephant who learns he can fly. In 2019, Tim Burton took on the challenge of creating a live-action version of this film, which came out to mixed reviews.

The animated movie is a classic, one many argued could not be replicated, but Tim Burton’s 2019 live-action remake took Dumbo’s story to a whole new level, and offers a new message.

While everyone may know Dumbo as the elephant who flies, rewatching the original 1941 animated movie made me realize that Dumbo doesn’t learn he can fly until the last five minutes of the film. Much of the movie focuses instead on a message about bullying.

The message may not seem evident at first, but Dumbo is bullied throughout the entire movie.

Throughout the film, characters make fun of his oversized ears. First by a group of gossipy female elephants, followed by children at the circus, and then crows.

Burton’s movie focuses on what some may think is the meaning behind the 1941 Dumbo: believing in yourself and others to achieve your dreams.

This time though, the message seems to fall on Millie, who, throughout the movie, tries to convince her father she wants to be something other than a circus performer. 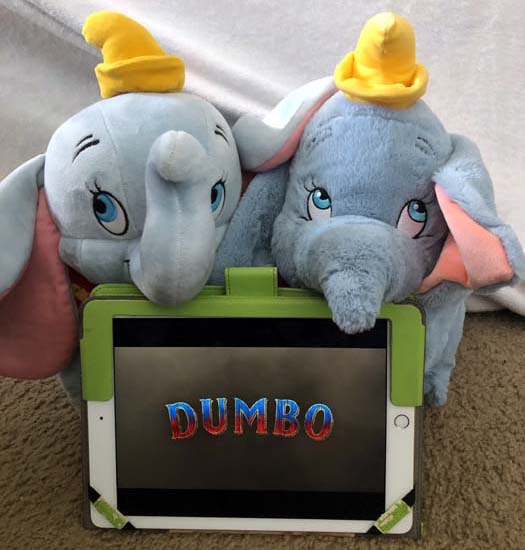 Get ready for some animated vs live action comparisons! Photo by Kelli Wosick

The movie may be titled after Dumbo, but his character serves as a guide to help the other characters develop into who they need to be by the end of the movie.

Easter Eggs to Watch Out For

What made this movie spectacular, in my mind, were the clever nods Burton slipped into the film to pay homage to the original.

For those of you who may not have picked up on these tributes, I’ve compiled an extensive list of all the bits of animated Dumbo you can find in the live-action (but feel free to comment below on any I may have missed)!

In the opening of the 1941 Dumbo, a flock of storks drop off various baby animals to their parents.

As we know, though, it takes more than just storks to deliver a baby, but a white stork takes a quick pause in the night on Mrs. Jumbo’s train car, symbolizing Dumbo’s arrival in the live-action film.

2. Dumbo Hiding in a Haystack

This quote is spoken by one of the lady elephants when they discover Dumbo’s ears for the first time, but this is also uttered by Danny Devito’s character, Max Medici, when Dumbo tumbles out of the train car.

Dumbo was originally named Jumbo Jr., but is quickly given a name change.

In the animated movie, the elderly elephant renames him, but in the live-action, his name is cleverly changed when the sign “Dear Baby Jumbo Jr.” is knocked into, and the letter “D” flips down to replace the “J” in Jumbo.

A cute baby elephant bath is a scene that shouldn’t be passed up.

In the animated version, Dumbo’s mother lovingly bathes him in a bucket of soap suds, but in the live-action, Millie and those working in the circus bathe him.

Any Dumbo fan knows Dumbo’s mother is locked away due to her “mad” behavior.

In both movies, people choose to play with Dumbo’s ears and tease him, which causes Mrs. Jumbo to go into a frenzy and be deemed “mad” by others. 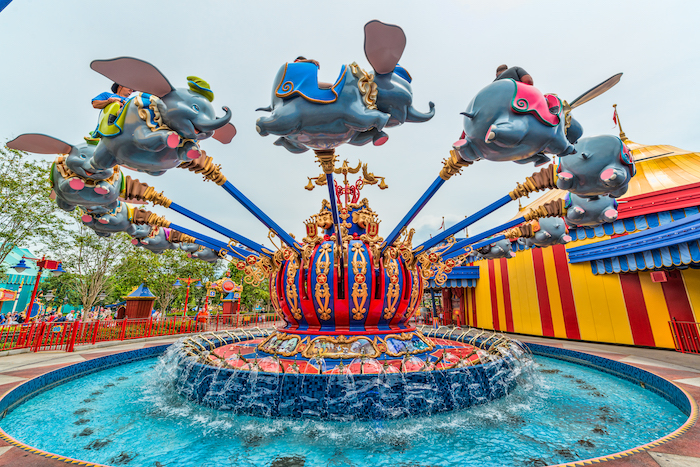 Dumbo is also a popular attraction at the Disney parks. Photo by Cliff Wang

Dumbo dressing up as a clown, being forced to stand in a burning building, and then jumping off to show off his flying skills is present in both films, but is a bit more fearful in the live-action.

“Casey Jr.,” Baby Mine” and “Pink Elephants on Parade” are revamped in the live-action film, but are just as catchy as the originals.

Of course, Dumbo would not be able to fly without his feather.

In the animated film, the singing crows offer one of their own feathers to help Dumbo fly, but in the live-action, Joe gives it to him to teach him how to blow his ears out of his face.

Now, this list would not be complete without my favorite moment in the movie, which solidified in my mind that Tim Burton had indeed done right in recreating this.

Let me set the scene:

Dumbo is waiting on the sidelines of the Dreamland show tent, waiting to make his debut.

The scene goes black. A spotlight shines down upon a ringmaster, and an old fashioned microphone falls from the ceiling into his hand.

In a deep voice, one that reminds you of a professional announcer. 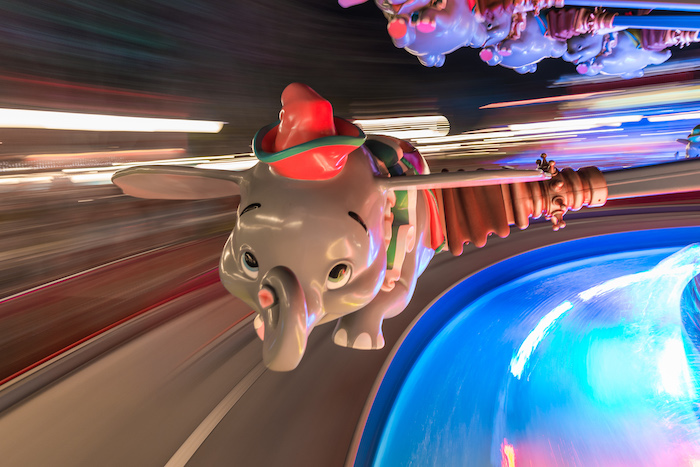 You hear a brief introduction to the show followed by the ever-popular quote, “You’ve seen a horsefly. You’ve seen a dragonfly. You’ve even seen a housefly. But you haven’t seen anything yet until you see an elephant fly.”

Mic drop (not actually though).

Just the way the lyrics are said, at such a pivotal moment in the movie, gave me chills.

It was a culmination of all of the small details Burton had intertwined into the film, and I loved every second. It may not seem like much to some, but to me, it showed just how much thought and care was put into this movie.

Dumbo has held a special place in the heart of Disney lovers for almost 80 years. Whether you like the animated version, the live-action, or both, I think we can all agree Dumbo is a classic Disney movie that will withstand the test of time and always be popular among Disney fanatics.