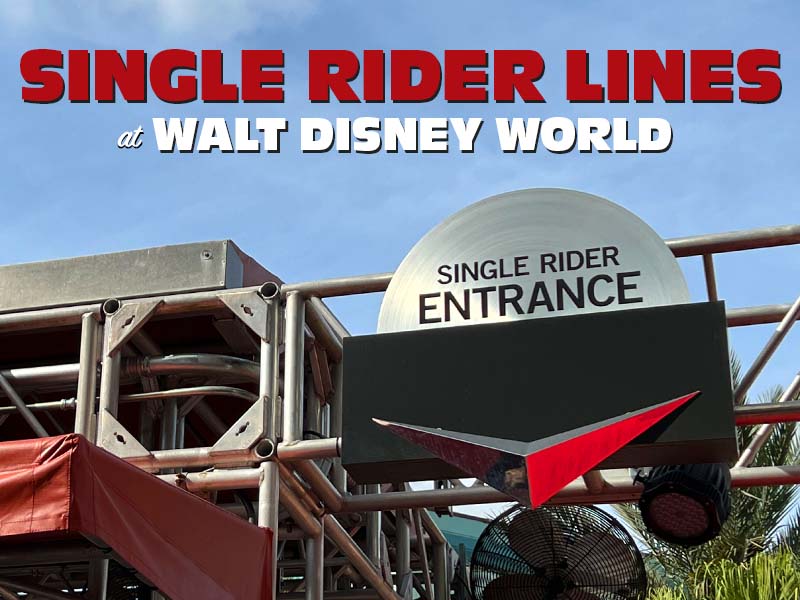 Scroll on for our comprehensive guide to Disney World single rider lines.

Visiting Walt Disney World is an experience best shared with a few of the people closest to you. But for those days where you decide to go it alone, or for those rides where your friends and family can’t follow, there are single rider lines.

Currently, there are four rides at Walt Disney World with single rider lines:

What Is a Single Rider Line?

As the name suggests, single rider lines are designated lines for park guests going on a particular ride by themselves.

This isn’t to say that you can only ride solo on the four WDW rides with a single rider line. You can ride any ride you want to by yourself—a single rider line just helps you get on faster if you’re on your own. 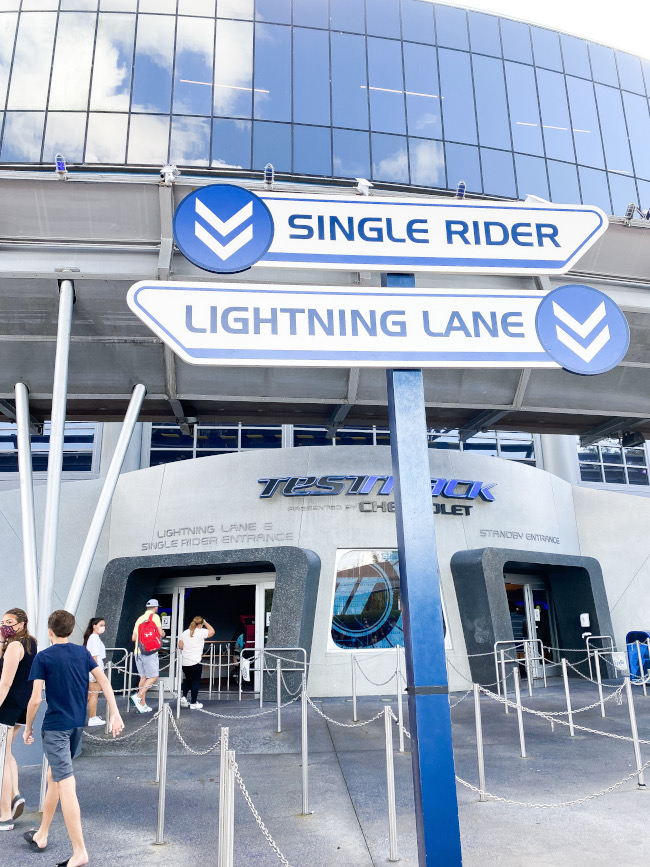 You won’t be riding by yourself, of course. You’ll be plugged into an empty seat next to someone else who came in using the regular line. Since Test Track seats three across, you’ll likely wind up with a group that has an even number of people, for example.

More often than not, getting onto a ride using the single rider line is a great way to beat a longer line and save some time.

It’s likely that most park guests are going to want to ride with people they know, so you can expect the regular line to be significantly longer than a single rider line on a given day.

There may be other groups looking to save time and get on faster via the single rider line. Even still, your wait time should still be quite a bit less than it would be via regular entry, though Disney cannot guarantee it’ll be faster. (Rock ‘n’ Roller Coaster is notorious for people saying the single rider line actually took longer.)

That said, you can still expect a substantial wait in the four single rider lines because the rides are so popular. Like any other ride, there should be shorter waits at the start and end of the day and longer queues during peak park hours.

Can My Whole Group Use Single Rider Lines?

It may feel a bit like cheating, but you and your entire group can get onto a ride via the single rider lines. And, no, you don’t have to pretend like you don’t know each other in line. You’re not breaking any rules. Just don’t expect to ride together. 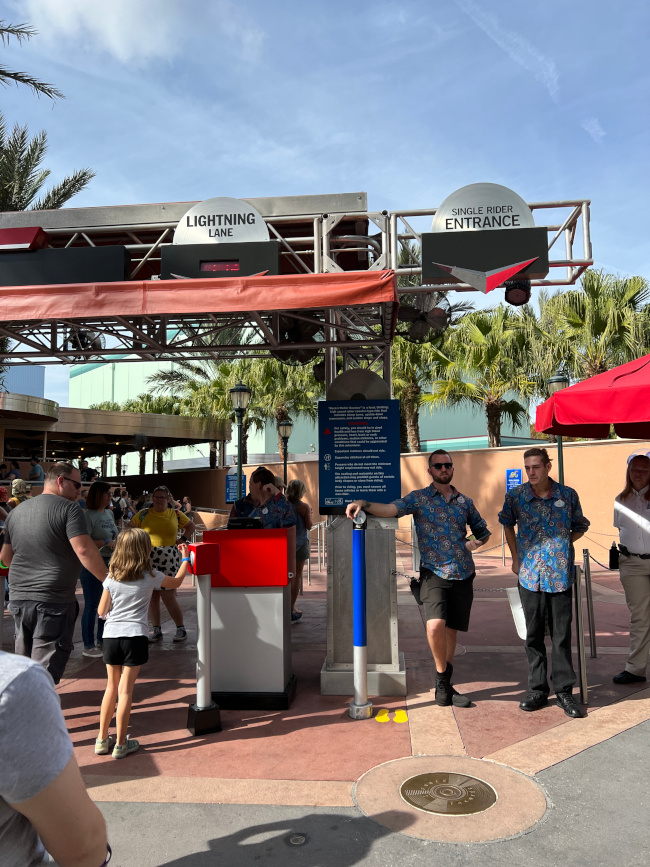 Cast Members will direct you into the single rider line at Rock ‘n’ Roller Coaster. Photo by Tina Chiu

It’s possible that you may ride at the same time as some of your party depending on how the seats fill out. Heck, you may even wind up riding next to your friend if things shake out just right.

But it’s as likely that your group could get separated and spread out over a couple of rides. While this might extend the wait time a bit, you should still be able to get in and out faster than you would the other way.

What Are the Pros and Cons of Single Rider Lines?

Based on what you’ve read already, the pros and cons of using single rider lines at Walt Disney World speak for themselves.

The pro of using the single rider line is that you will likely get on the ride faster, plain and simple. Whether you’re making a solo trip to WDW or have friends who don’t want to ride Rock ‘n’ Roller Coaster with you, it’s a great way to get on and off quicker and get on with your day at the park.

As far as cons go, you probably won’t be able to ride with your friends or family using the single rider line. While it’s possible, you’ll most likely end up sitting next to a stranger. But if you don’t mind that so much, it’s no biggie. 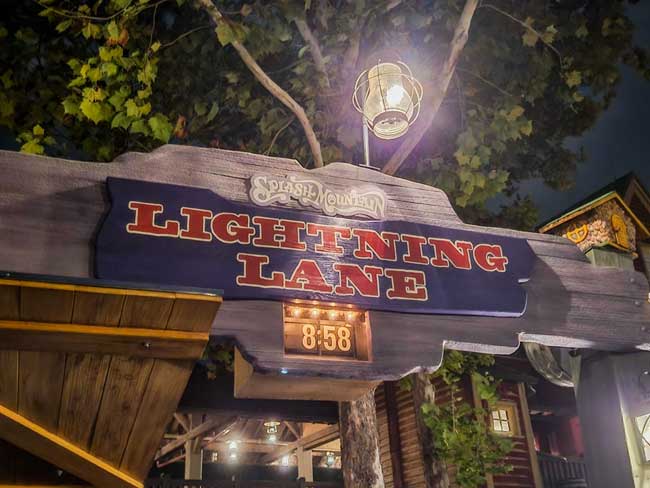 By now, you should be pretty well familiar with Lightning Lanes—another way to get on rides faster at Walt Disney World using Genie+. Not keyed in? Lucky for you, we’ve got a whole primer on just that very topic.

With a Lightning Lane or Individual Attraction Selection, you’ll have to pay for each rider, which can rack up costs if you’re planning to ride in a group. There are no costs associated with single rider lines because they’re totally free.

Where Are the Single Rider Lines at Disney World?

If you’re flying solo for whatever reason, you’ll find four rides in Disney World that offer a single rider option. Two of them are in Hollywood Studios, one is in EPCOT, and one is in Animal Kingdom. Sorry, no single rider lines in Magic Kingdom. 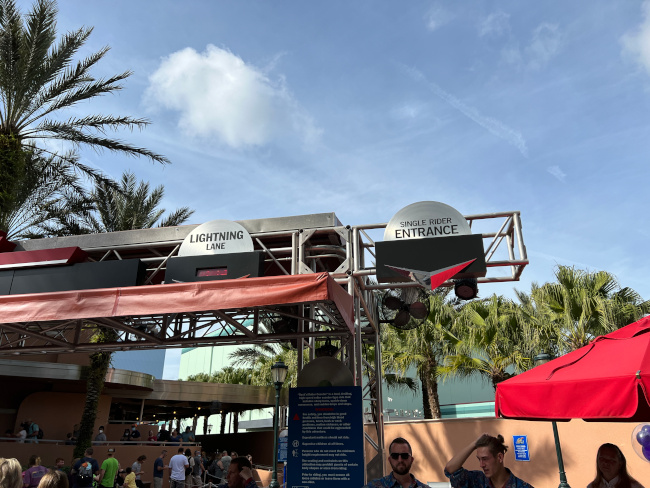 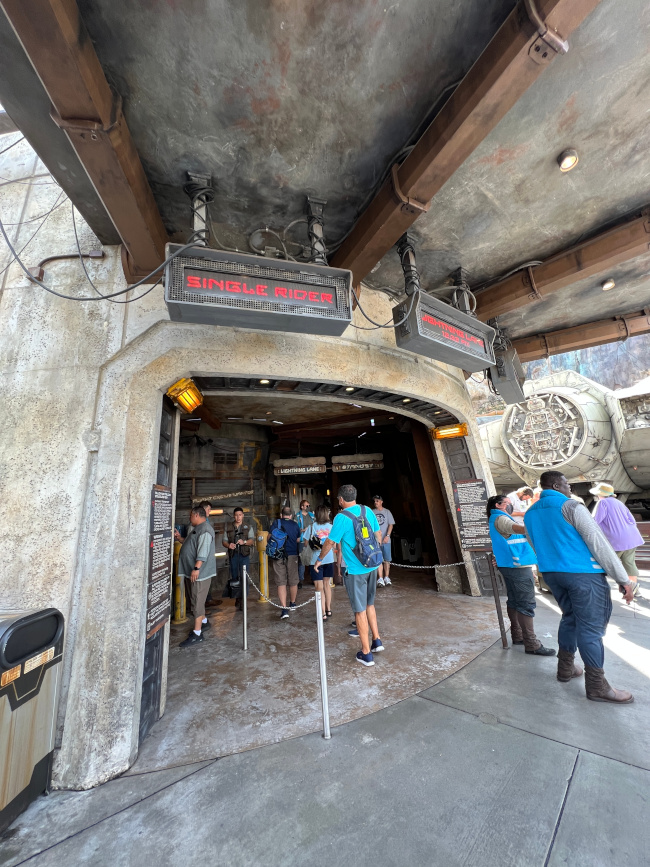 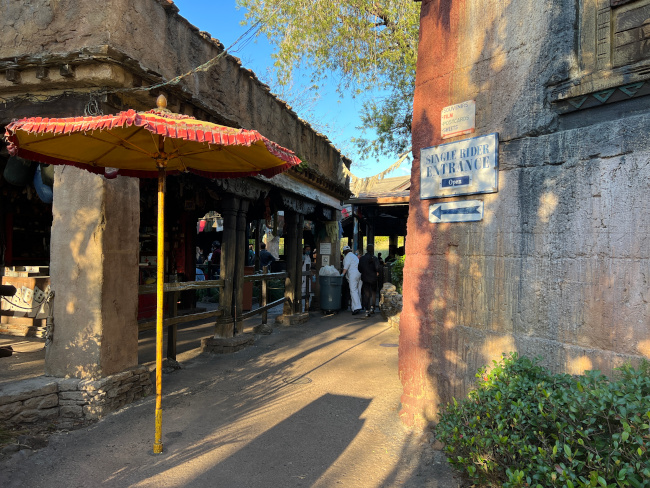 How Else Can I Save Time at Disney World?

Maximizing your time at Walt Disney World is something of an art. Knowing how to use single rider lines is just one of the brushes with which you paint.

There’s of course rope dropping, which, for the uninformed, simply means getting there first thing in the morning and lining up for the ride you want the second the park opens. Just don’t expect to be the only one out there. It can get competitive.

We already hit on it up top, but Genie+ really is a great way to get the most out of your day. If you just break it down as being part of the cost of doing magic business, you’ll find yourself getting in way more rides than you would without. But Disney also offers the free Genie service, which can’t get you onto rides faster but uses an algorithm to plan out the most efficient day for you.

What About Rider Switch?

Rider Switch is also an option at the four rides with a single rider line. While this won’t save you time, it’s another option to consider if you’re thinking about taking single rider because you have members of your group not interested in or able to enjoy a particular ride.

With Rider Switch, a Cast Member will basically split your group into two parties—one party that rides and one party that stays back. The second party can be children unable to ride and a supervising adult or a non-rider.

If, say, you and your partner both want to ride Expedition Everest but your child is too small, you’ll take turns watching the kiddo and riding. The Rider Switch option is available on 19 other rides across the parks, including Mission: SPACE, Space Mountain, and Avatar Flight of Passage. 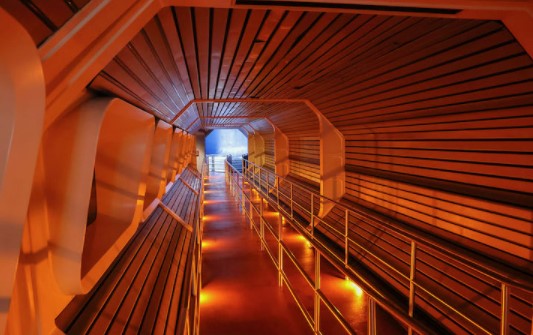 Space Mountain has one of the most distinctive queues in the park. Photo courtesy of Disney Parks Blog

It’s hard to say if or when Disney World would add single rider lines for additional rides. Disney works toward optimizing the experience as much as possible for max guest satisfaction, so it’s certainly not outside the realm of possibility.

Whether you’re on your own, with someone who can’t ride everything, or just want to get the most out of your time, single rider lines are an asset you can use to your advantage at Walt Disney World. So get out there and get riding.

Which rides do you wish had a single rider option? Visit the WDW Magazine Facebook page and share your thoughts.