Where Were Doritos Invented? Disneyland, Believe it or Not 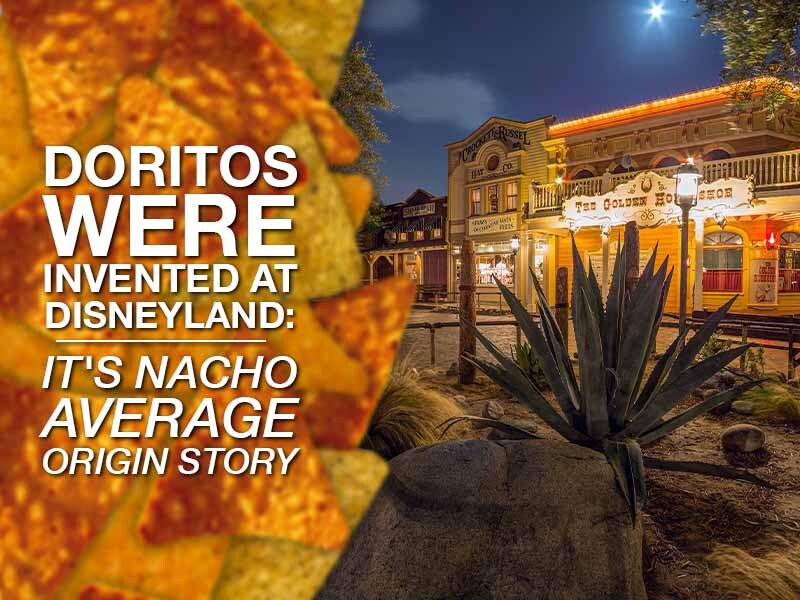 Did you know that Doritos were invented at Disneyland back in the 1960s? Scroll on to hear the outrageous way these tortilla treats got their magical start.

We love a good Disney history lesson, but perhaps none is so shocking as how Doritos where invented at Disneyland. Grab yourself a bag (Cool Ranch, preferably) and settle in for nacho average origin story.

Where Were Doritos Invented at Disneyland?

Walt famously was not a businessman. His brother Roy handled the finances so Walt could focus on the big, creative picture. So whether it was Walt’s or Roy’s idea to partially fund Disneyland via corporate sponsorships is up for debate.

But whichever Disney introduced the concept was a genius. Corporate sponsorships continue at Disney Parks today. Think Chevrolet at Test Track, AdventHealth at the EPCOT festivals, the McDonalds fries that used to populate the parks with their potato-y goodness, and that time when Eastern Airlines was the official airline of Walt Disney World. You know, before they flew out of business.

In the same way, Frito-Lay was once a corporate sponsor of Disneyland. In fact, shortly after the park opened, Frito opened a restaurant inside the park. Casa de Fritos (The Frito House) opened its doors on Aug. 11, 1955. 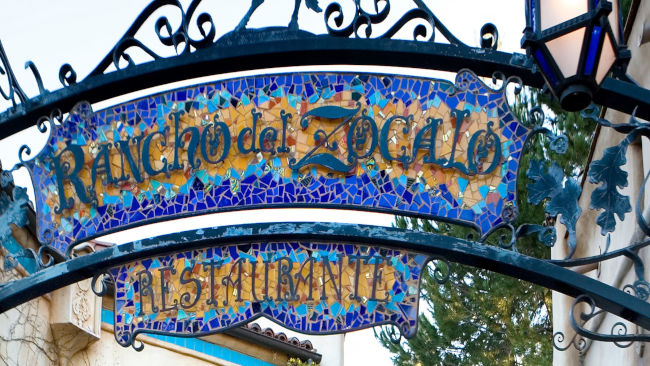 Did You Know? Fritos is Spanish for “fried.”

One of the hallmarks of Casa de Fritos that Disney history buffs love to point out is by far the weirdest part of this restaurant. Frito’s mascot, Frito Kid, who has since been discontinued because of the use of racist stereotypes, was built into a vending machine. 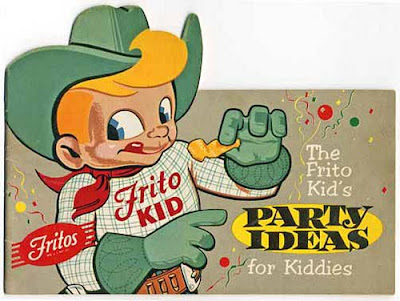 Guests could pop in a nickel, and the Frito Kid would jump into action, calling for Klondike the Miner to emerge with a bag of Fritos.

This restaurant, though it served a free bag of Fritos with every meal, was eventually the very spot where Doritos were first marketed and sold. Scroll on to see how.

So what could you order at the birthplace of Doritos before Doritos were on the menu? Here’s a taste of what was on the Casa de Fritos menu way back in 1955 when the Tex-Mex restaurant first opened:

So what do you notice about this menu—other than the fact that you could feed a family of four for a week with a $20 bill? There are no Doritos in sight.

That all changed thanks to one salesman at a food supplier, whose name history has not remembered.

When Were Doritos Invented at Disneyland?

Alex Foods (now called Don Miguel Mexican Foods) was the main food supplier for Disneyland restaurants when the park opened in the 1950s. Though Casa de Fritos was all about Fritos for breakfast, lunch, and dinner, Frito-Lay only supplied the Fritos. Everything else—the typical taco ingredients—was supplied through Alex Foods.

Legend has it that our unnamed hero, an Alex Foods salesman, saw the Casa de Fritos staff throwing out unused tortillas one day in the early 1960s. Upon seeing the wastefulness, he recommended they instead cut the tortillas into triangles, deep fry them, and season them. 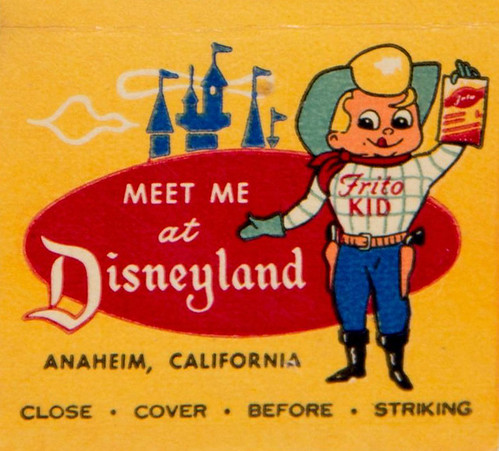 His inspiration was totopos, a Zapotec Mexican snack similar to tortilla chips but with unique (and tasty) seasoning.

The salesman’s suggestion was well-received, and Casa de Fritos added the snack to the menu as an alternative to the free Fritos. (And bravely, no one ran the idea by Fritos.)

A year later, in 1964, Frito-Lay’s VP of Marketing Archibald Clark West (no one forgot his name) was visiting the restaurant and saw how successful it was. He cut a deal with Alex Foods to produce the snack in larger quantities, then marketed them in southern California to see how they’d sell.

It was a good-news, bad-news kind of situation for Alex Foods. The snack was an instant hit, and they were selling faster than Alex Foods could keep up with. So like a 1960s businessman, West cut Alex Foods out of the deal, moved production to a factory in Tulsa, and began selling the snack, Doritos, nationwide.

West remained obsessed with Doritos for the rest of his life. He claimed plain corn as his favorite flavor, though he would never turn down a bag of Cool Ranch. When he died, he famously requested that his daughter throw Doritos into his grave. Like rice at a wedding … only Doritos at a funeral.

So there you have it: Doritos were invented at Disneyland. Mickey Bars may be the most iconic Disney snack, but next time you’re at the parks, bring along a bag of Doritos for a much more original dose of Disney nostalgia.

Today in Disney History, 1976: America on Parade Ended at Disneyland and the Magic Kingdom