Today in Disney History, 2007: The Seas With Nemo & Friends Opened at EPCOT 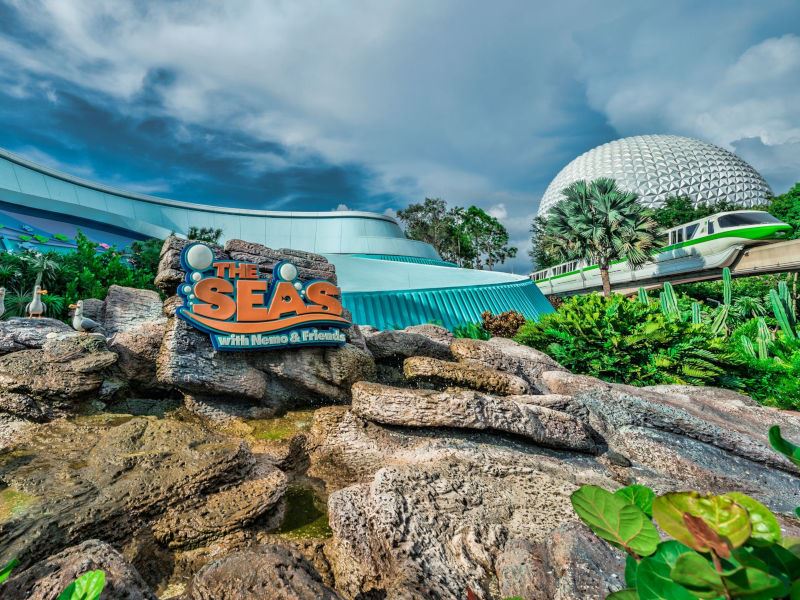 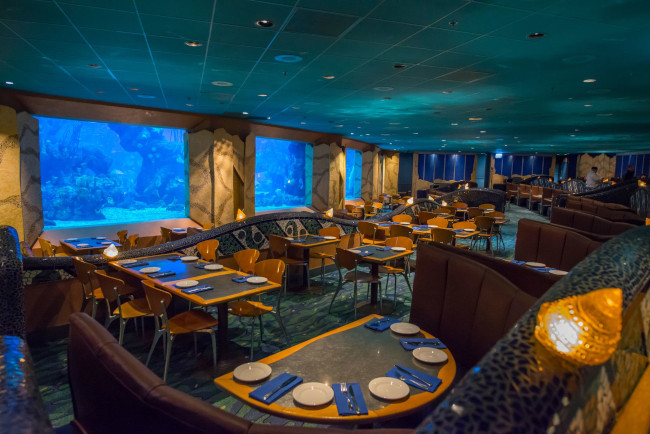 Inside the Coral Reef Restaurant. Photo by Cliff Wang

Before Nemo moved into EPCOT, this corner of the park was home to The Living Seas. This EPCOT pavilion dedicated to the natural wonders of the ocean opened four years after the rest of the park in 1986.

At the center of the pavilion was Sea Base Alpha, an underwater station featuring a variety of exhibitions on small marine life plus a large saltwater tank guests could walk around to view these animals up close.

The tank in The Living Seas, and now at The Seas With Nemo & Friends, holds 5.7 million gallons of water! At the time The Living Seas opened in 1986, this was the largest aquarium-style tank, and it remained the largest until 2005 when the Georgia Aquarium opened a 6.3 million-gallon tank.

Want more Disney World water facts? Our special Water issue of WDW Magazine dives deep into water all around the resort. Get yours now while copies last. 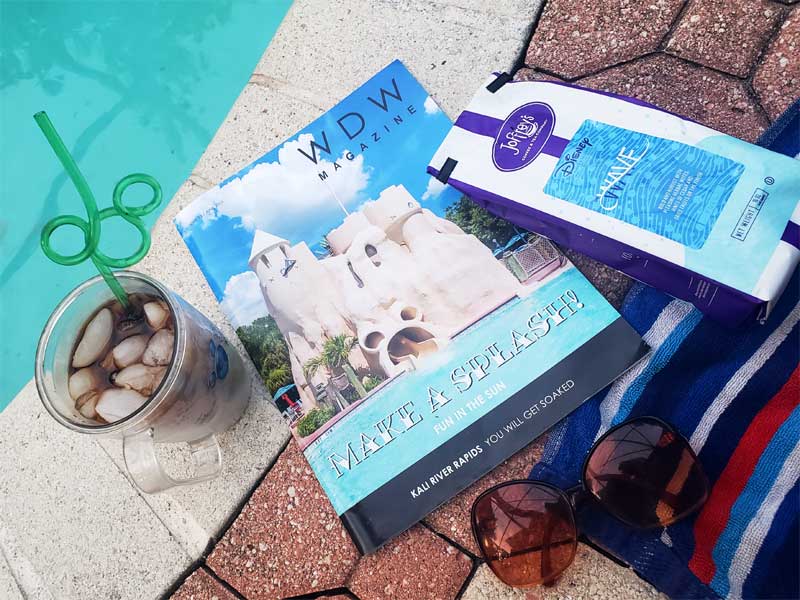 At The Living Seas, guests would board “Hydrolators,” which essentially functioned as elevators slowly moving down to the first level of the pavilion with lots of special effects to make it appear as though the capsules were diving deeper toward the ocean floor.

When guests reached the lower depths of the ocean, they could disembark the Hydrolator and set out for a ride aboard the pavilion’s Seacabs. The Seacabs offered an Omnimover-style ride through different areas of the pavilion, primarily showing a close-up look at the coral reef and the animals that lived there.

Outside the pavilion, guests would find artwork mimicking a coral reef that would splash water according to a timer, along with the entrance to the Coral Reef Restaurant. The restaurant still exists at the pavilion today, and inside guests are able to take in sweeping views of the pavilion’s largest tank from every table.

Like many pavilions at EPCOT, and really like many locations of attractions, shops, and restaurants all around the Walt Disney World Resort, The Living Seas had a sponsor. United Technologies sponsored the pavilion from 1986 to 1998 when the company did not renew its contract with Disney. 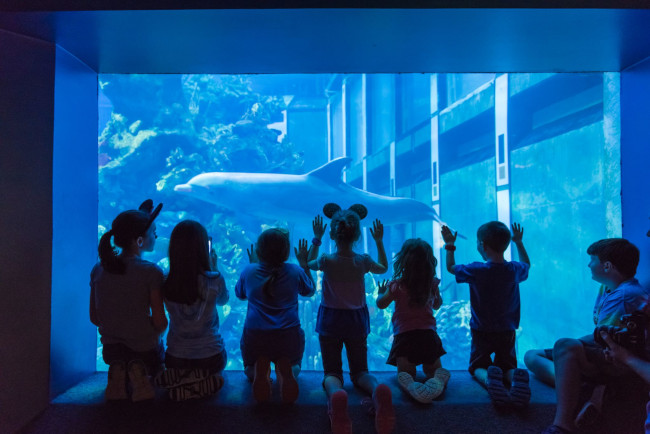 Kids spy on a dolphin. Photo by Laurie Sapp

Typically when a sponsor backs out of a contract within a Disney theme park, the attraction is left in a state of flux. When United Technologies backed out of The Living Seas pavilion, all mention to the sponsor around the pavilion needed to be removed.

As a result, films that were previously shown in the pavilion but had heavily mentioned the sponsor were temporarily removed, and guests visiting the pavilion from the late ’90s through mid-2001 had multiple options of getting around the pavilion without being directed to pre-show films or to the Hydrolator.

The pavilion remained in this condition for a couple of years until the travel industry suffered a massive loss following the 9/11 attacks. With declined visitation to the Walt Disney World Resort, a number of Disney projects were paused or canceled. At The Living Seas, the Seacabs closed in the fall of 2001, and without the ride, the pavilion became much more of a walk-through style attraction with guests having the ability to view all of the exhibits in whatever order they could like.

Transforming Into The Seas With Nemo & Friends 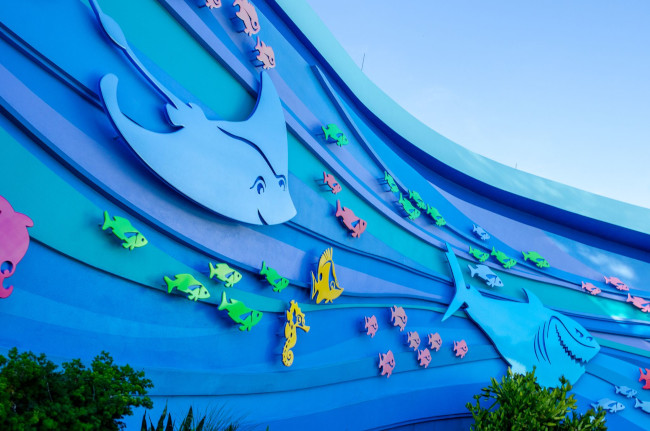 The outside of The Seas with Nemo & Friends. Photo by Cliff Wang

The transformation of The Living Seas into The Seas With Nemo & Friends took a couple of years. Elements from the hit Disney and Pixar film were added to the exterior of the pavilion shortly after the film’s release in 2003, but it took some time for the exterior as we know it today to be completed and for all of the changes to take place inside.

Turtle Talk With Crush opened in 2004, offering guests (and especially children) the chance to speak directly with the sea turtle from the film. The show used new technology that allowed Crush’s on-screen movements and dialogue to be reactive to audience members in real time. (Similar technology has since been replicated for the Monsters, Inc. Laugh Floor in the Magic Kingdom.)

The Turtle Talk show proved to be much more successful than Disney Imagineers would have ever imagined, and the success of the show is ultimately what prompted the change for the entire pavilion. 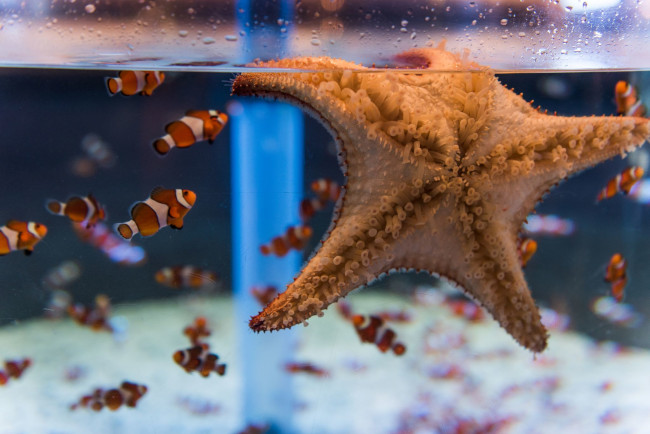 A starfish among clownfish. Photo by Laurie Sapp

The following year in 2005, The Living Seas officially closed for the renovations that would entirely transform the pavilion into The Seas With Nemo & Friends. The interior of the pavilion, with the exception of Coral Reef Restaurant, underwent a massive transformation, effectively gutting many of the elements specific to how guest flow was directed with the Hydrolators and pre-shows playing a greater role in The Living Seas.

Some areas of the newly redesigned pavilion opened later that year, including the Finding Nemo-themed facade that remains a popular spot for photo ops today. The ride did not reopen until 2006, when guests were greeted with all-new ride vehicles appropriately named “clamobiles.”

On the new ride, guests followed the previous ride’s track, which now showed scenes and characters from the film, culminating in a scene showing animated fish swimming right alongside real live fish in the aquarium, all accompanied by the song, “Big Blue World,” from Finding Nemo – The Musical. With renovations continuing to take place throughout the year, the completed Seas With Nemo & Friends did not officially open until 2007. 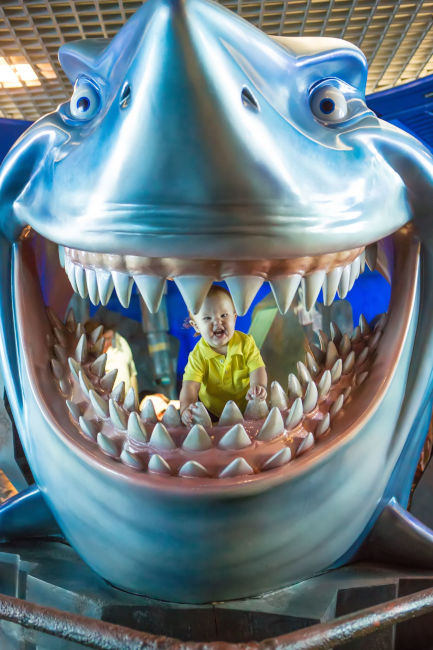 Bruce photo op at The Seas with Nemo & Friends. Photo by Brett Svenson

Aside from seeing all of the animals that reside in the pavilion, guests today also love stopping by for photo ops featuring Bruce, the Great White Shark from the film, as well as checking out the Audio-Animatronic seagulls that adorn the exterior of the building.

There is even a fun, Nemo-themed gift shop inside the pavilion, as well as presentations throughout the day by Disney’s Animal Care Cast Members that are both fun and informative, so we definitely recommend stopping by the pavilion as you explore EPCOT.