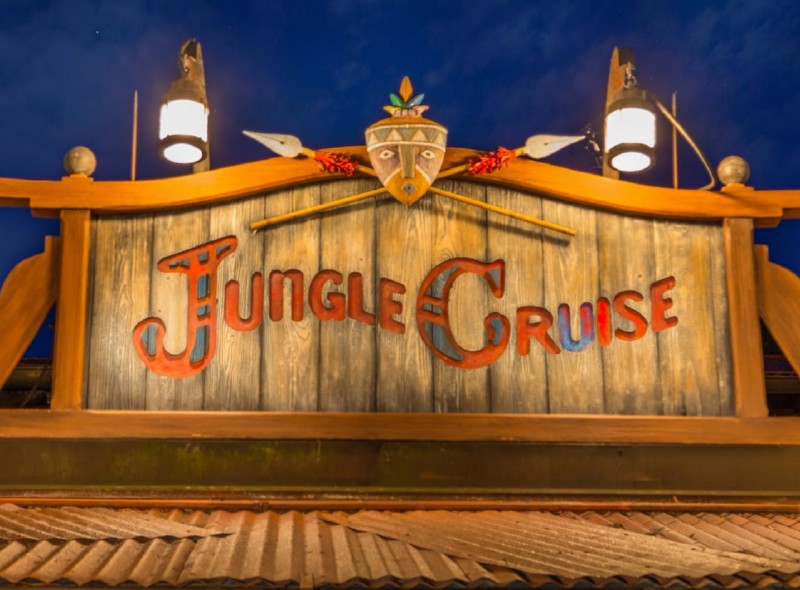 On Monday, Jan. 25, Disney announced that the classic attraction located at Magic Kingdom in Walt Disney World and Disneyland Park at Disneyland Resort would soon receive some much-needed enhancements.

Disney stated that guests can expect the changes to “include new adventures that stay true to the experience we know and love – more humor, wildlife and skipper heart – and also reflect and value the diversity of the world around us.”

We’re breaking down all of the details we know so far about the updates coming to Jungle Cruise, so let’s take a look!

Note: Many of the following detail are from a D23 interview with Walt Disney Imagineering Creative Portfolio Executive Chris Beatty that was published on Jan. 25.

The new story will follow a skipper and his passengers on a journey that doesn’t go quite as a planned. There will even be a brand new skipper animatronic for guests to enjoy.

This means, in the words of Disney Imagineer and former Jungle Cruise Skipper Kevin Lively, “… for the first time ever, the skipper role will not only be that of a live, experienced and witty guide, but also represented by a show figure within the attraction itself.”

As Beatty explained to D23, the animatronic skipper will be seen being chased up that famous pole by a rhino, alongside the other explorers.

An Update To The Explorers 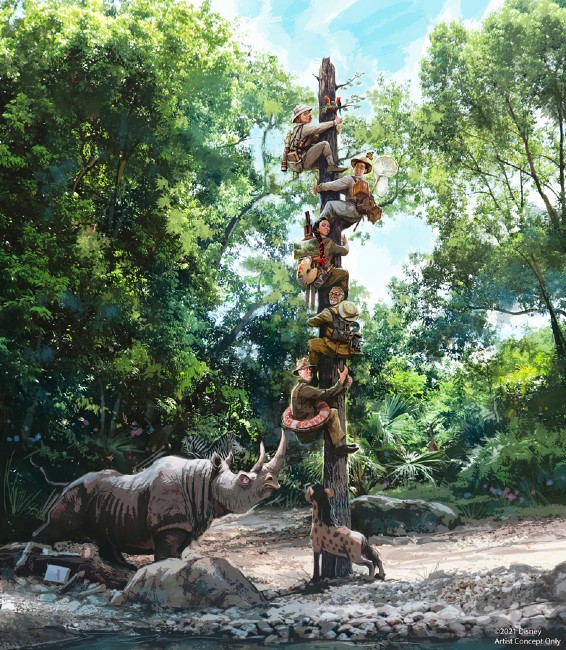 The explorers are also being reimagined. “As part of the enhanced storyline, each one of them will have their own story and cultural heritage,” Beatty revealed. “There’s a birdwatcher, an entomologist, a wildlife painter, and a photographer, and each one will have a different reason for being on the expedition.”

Getting Rid Of Problematic Scenes 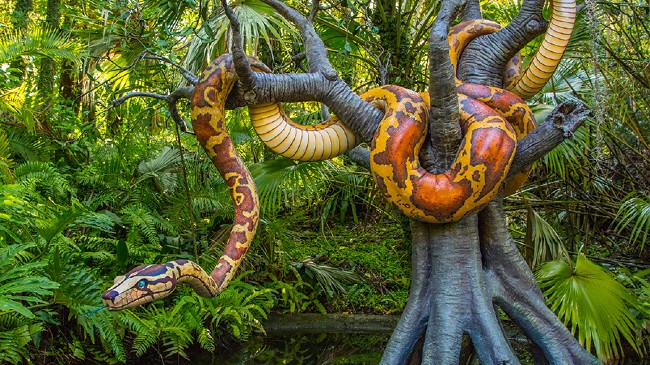 One of the big changes coming to the Jungle Cruise on both coasts is that outdated depictions will be removed.

There are a few scenes that are problematic and disrespectful to diverse cultures, which is why Disney wants to make the necessary changes. But, Beatty made it clear that entire ride as a whole isn’t changing, just specific pieces.

“This is not a re-envisioning of the entire attraction,” he explained. “It’s the Jungle Cruise you know and love, with the skippers still leading the way, and at the same time, we’re addressing the negative depictions of ‘natives.'”

It’s also important to note that the updates will be, as Beatty put it, “in a way that celebrates diverse backgrounds and interests—that’s part of the rich storytelling, not something you poke fun at it.” 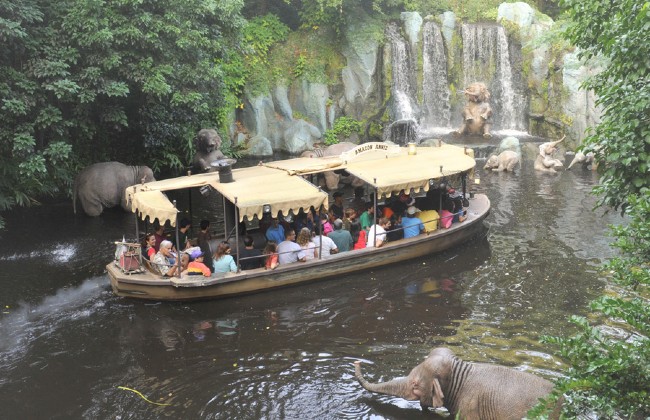 Do not fret that jokes, like the beloved backside of water pun, will disappear. Many of the classic jokes are sticking around, while new ones will also be added. 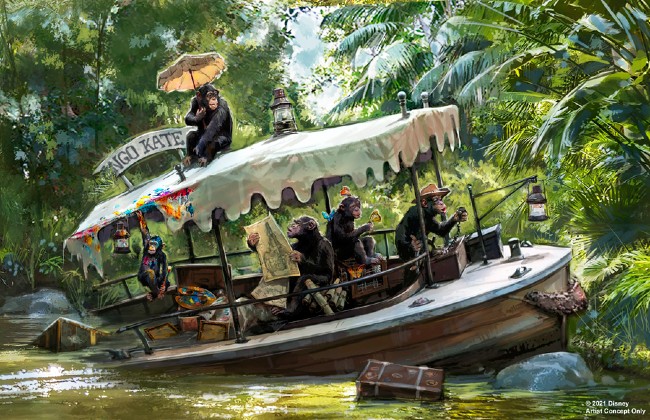 Guests can also expect a new scene featuring chimpanzees. Let’s just say a lot of monkey business will be going on.

There will be a family of chimps who take over a wrecked boat and make fun of humans in the process, especially since we technically are invading their territory.

“One is wearing the skipper’s hat and is on the microphone,” Beatty described. “The mother chimp has opened up all the maps and it looks like she’s reading them. A little chimp has gotten into the wildlife painter’s supplies and has made a mess with paint everywhere.”

Even the addition of animals will be done respectfully. Beatty said they’re working with Dr. Mark Penning from Animal Kingdom to ensure the chimps are “done in an authentic way.”

The Return Of Old Boats 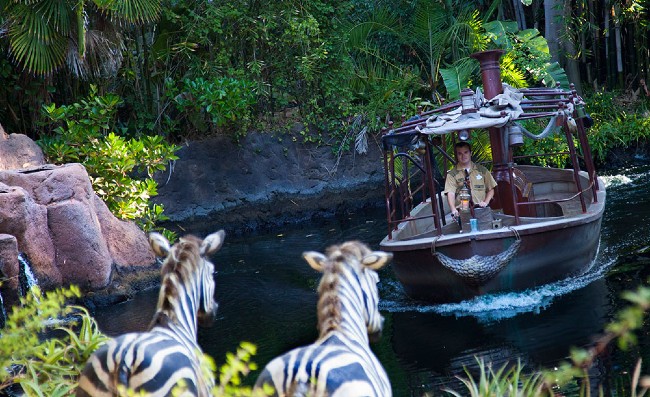 Boats that used to tour around the river will also be returning, including the “Mekong Maiden” and the “Kwango Kate.”

The upcoming live-action Jungle Cruise movie starring Dwayne “The Rock” Johnson and Emily Blunt will not be a major part of the ride. Do not expect to see characters or storylines from the film.

As Beatty said, “I’m sure the film is fantastic and we’re very excited about it, but integrating the film into our classic Jungle Cruise is not part of this effort.”

That said, Beatty did admit that Easter eggs from the movie will “definitely” be added.

Updates On Both Coasts 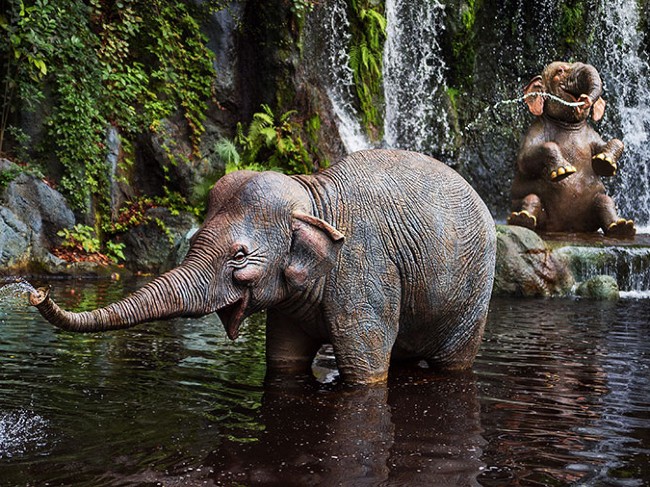 Even the elephants are excited for the Jungle Cruise updates. Photo courtesy of Disney Parks Blog

The changes will be the same on both attractions located in Magic Kingdom and Disneyland.

When To Expect The Jungle Cruise Updates 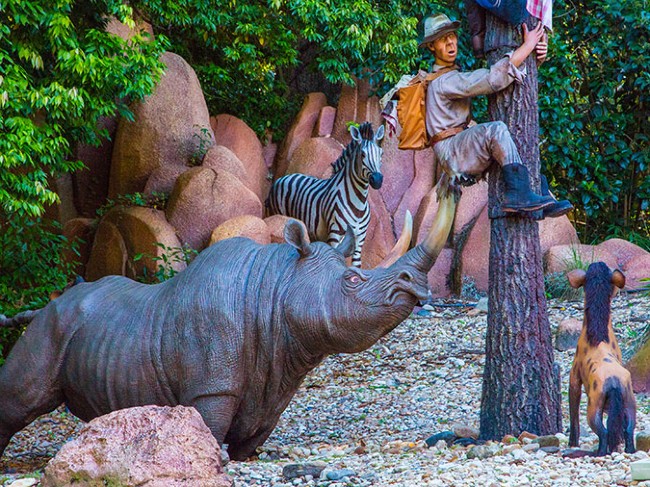 This old scene will be updated on the Jungle Cruise. Photo courtesy of Disney Parks Blog

An exact date yet has yet to be announced, but Disney is working hard to try to get everything done sometime this year.

Let us know how you feel about the Jungle Cruise updates over on our Facebook page, and be sure to subscribe to our newsletter, so you never miss out on what’s new at Disney!