What We Learned From Disneyland’s Toontown Model at D23 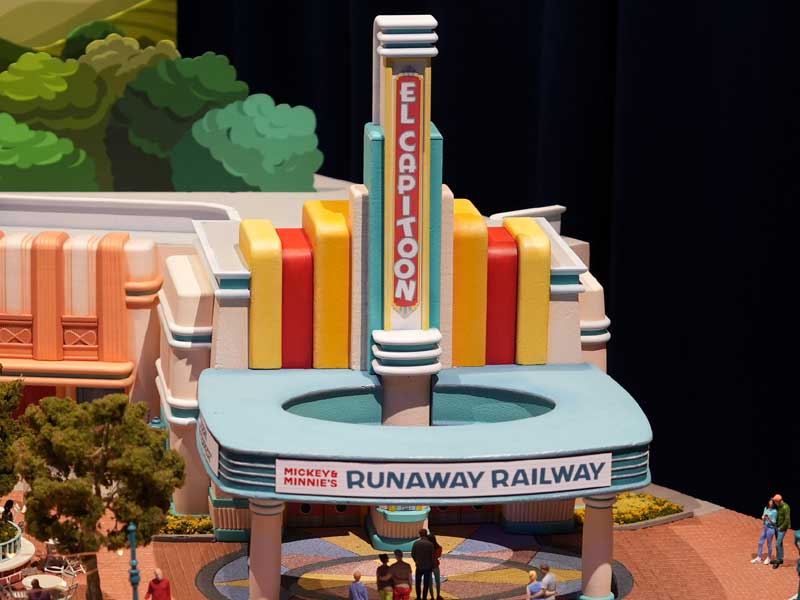 Disneyland’s major refresh is taking shape. Here’s what we can tell from the 3d Toontown model revealed at D23….

Toontown at Disneyland is one of the silliest places you are likely to go. But lately, it’s been a bit less than exciting, with many of the interactive exhibits closed or limited following the Covid-19 outbreak, and then a longer closure announced for March 9, 2022. So … what has Toontown been sketching up this whole time?

At the D23 Expo, Disneyland was proud to announce fresh new ideas for this area at the back of Disneyland Park, with new concept art and a scale model that detailed a lot of areas we’ve been wondering about. Keep scrolling to see… 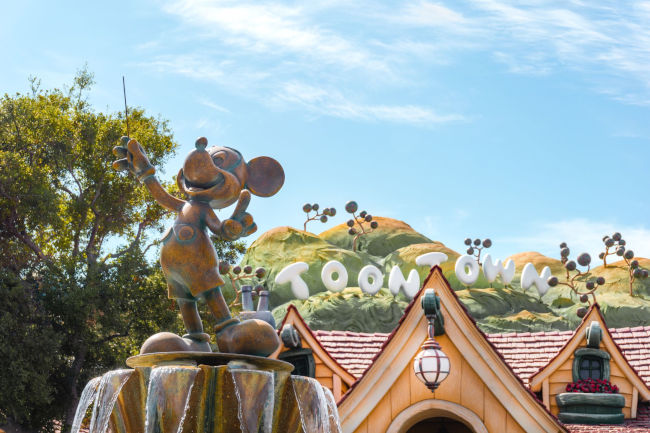 The current Toontown landscape offers play areas and Roger Rabbit’s Car Toon Spin. Get out your ink and paint because it’s all about to change! In early 2023, the newly reimagined Toontown will open. Here’s what we learned…

New concept art was shown by Josh D’Amaro on Sunday, September 11th at the D23 Expo. This art revealed that Mickey and Minnie’s Houses as well as Roger Rabbit’s Car Toon Spin will remain intact in Toontown. 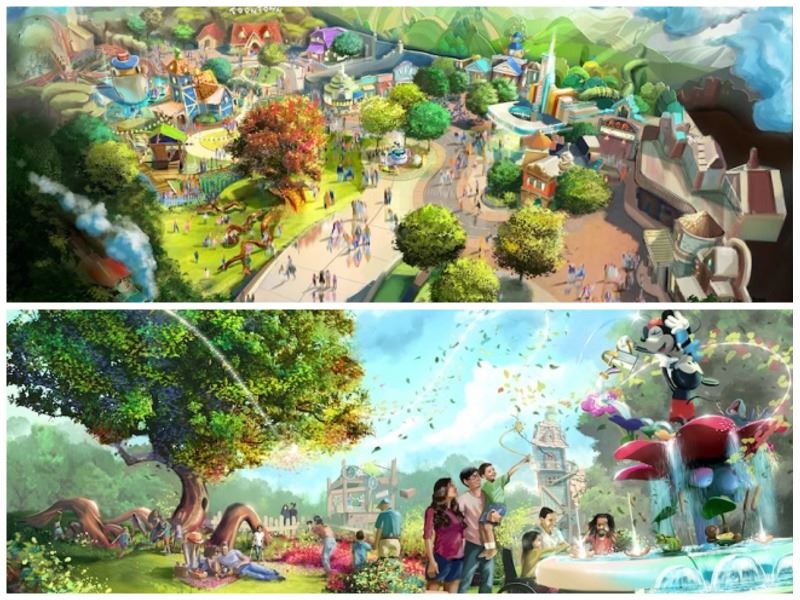 The concept art revealed at D23 shows revitalized hands-on play areas and beautiful spaces for families to relax during a bustling day at Disneyland Park. In the images above, you can see where Mickey and Minnie’s Runaway Railway will be situated on the eastern side of the land.

We are really stepping into an era of inclusive experiences in this land for families of all ages. 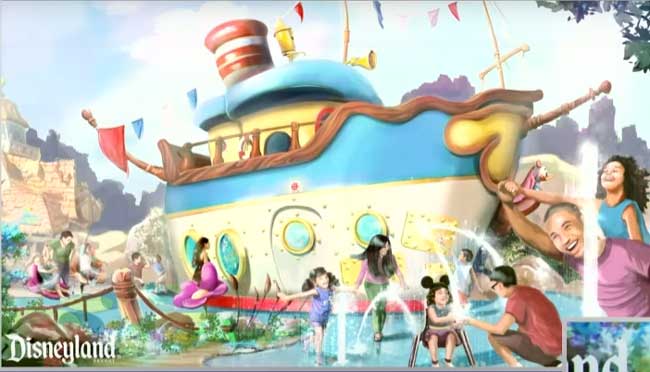 Were you worried that maybe Donald’s Boat wasn’t going to reopen? The new concept art shows that the boat will be reimagined, with a brand new splash pad for those hot California summer days. In this reimagining, Donald has crashed it into Goofy’s pond. We can’t even begin to imagine Donald’s reaction.

Something we weren’t expecting was an update on the queue for Mickey and Minnie’s Runaway Railway! 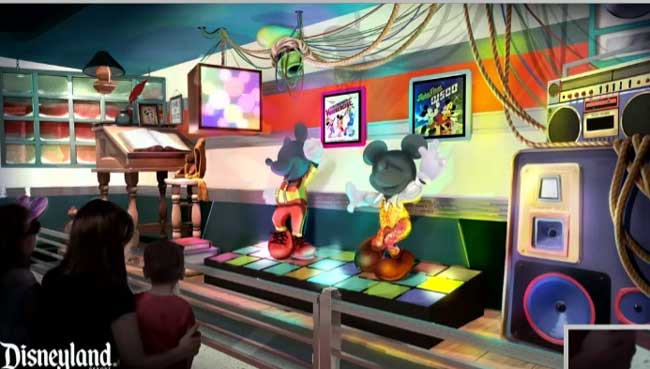 It looks like the queue is getting a touch interactive, with various spaces and hands-on play for kids to keep them occupied while they wait for their ride. What’s happening with Disco Mickey and Minnie? We can’t wait to find out! 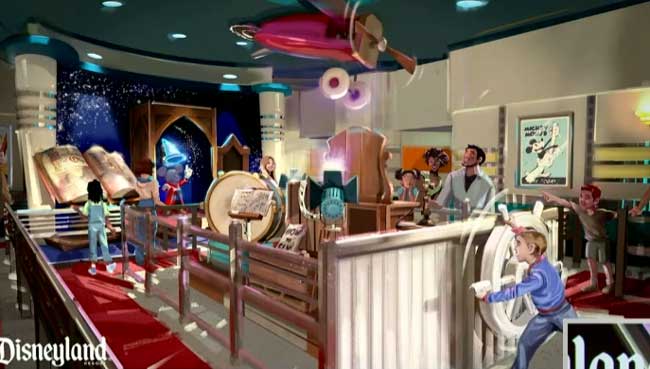 To give fans a better idea of what to expect when the new Toontown at Disneyland opens, a scale model was presented to the public as part of the Wonderful World of Dreams exhibit. This 3D view shows us a bit more about where everything is situated, and what kind of wacky details will be on the buildings. 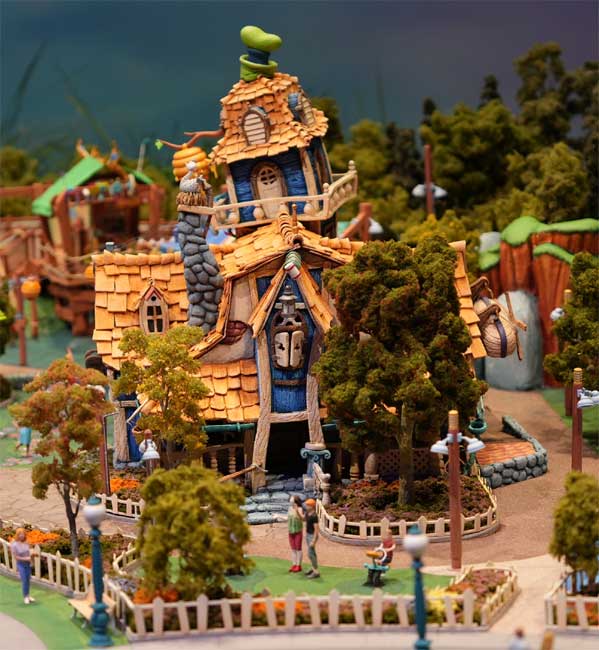 Josh D’Amaro announced at D23 that sound will play a big role at Goofy’s new house.”It’s a fun, interactive sound garden where little ones will discover new ways to make all kinds of noises.” 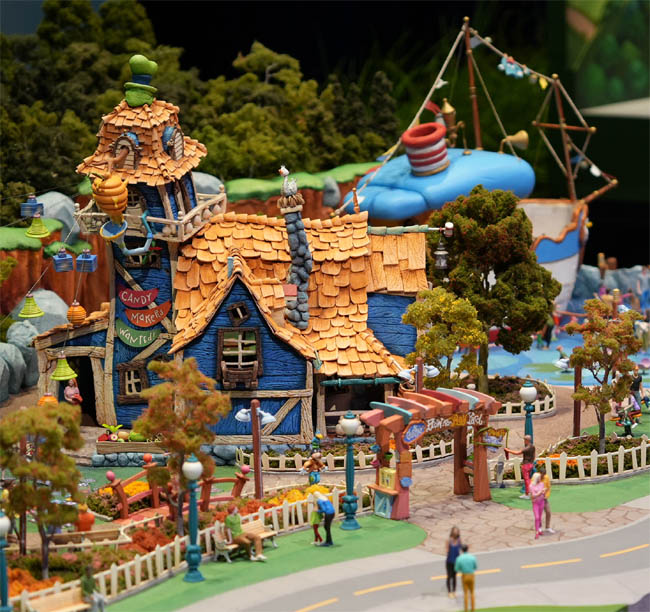 Just another wacky street on the D23 Toontown model. Photo by Danny Shuster

A sign outside of Goofy’s house on the model reads, “Goofy’s How-to-Play Yard.” Concept art shows a lot of outdoor activities for kids to partake in. 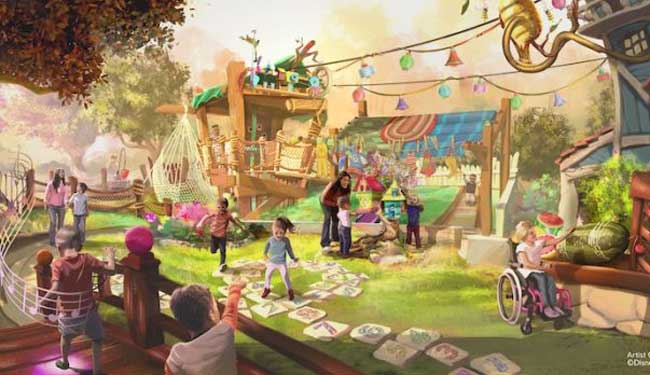 The beautiful fountain destined for the front of Toontown didn’t get much talk at the presentation, but it is easily one of our favorite parts of this reimagining. 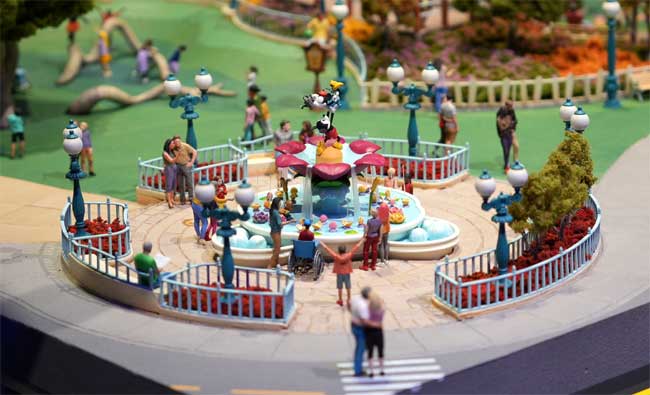 A beautiful fountain is planned for the front of the land. Photo by Danny Shuster

Can’t you just see yourself gathering around, looking at Toontown beyond? 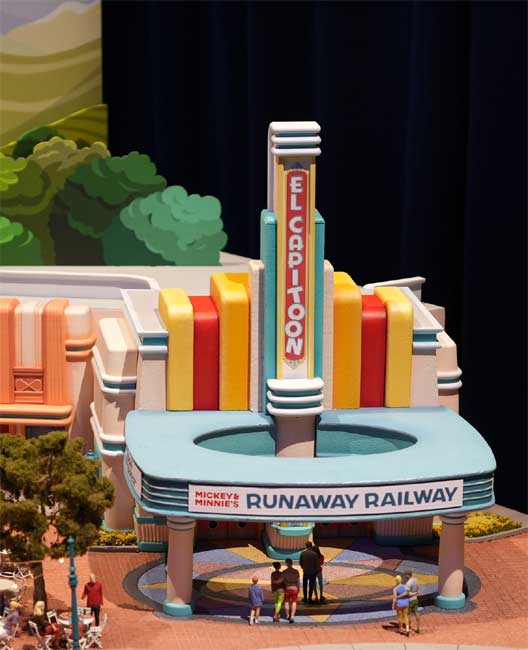 The facade for Mickey and Minnie’s Runaway Railway will be toned down from the neon glitz we have over in Hollywood Studios. The El Capitoon theater is a Toontown version of the El Capitan, located not far from Disneyland (where Disney movies are regularly screened). 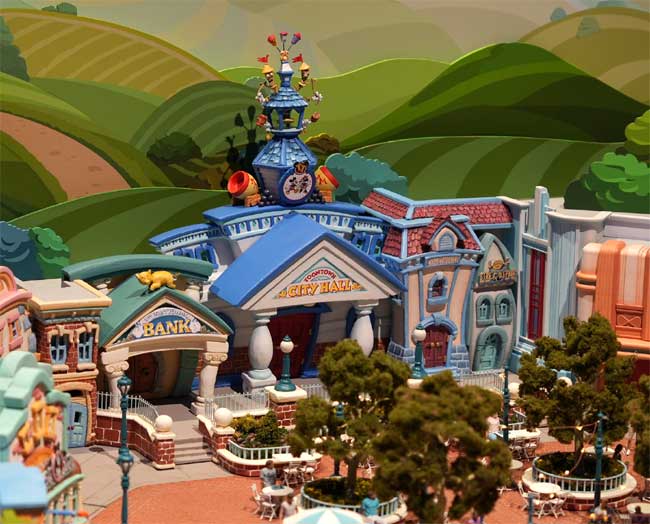 City Hall as shown in the D23 Toontown model. Photo by Danny Shuster

It wouldn’t be Toontown without the proper municipalities. We aren’t sure yet what lies inside the Bank, Courthouse, or Street Repair buildings, but they sure are silly on the outside!