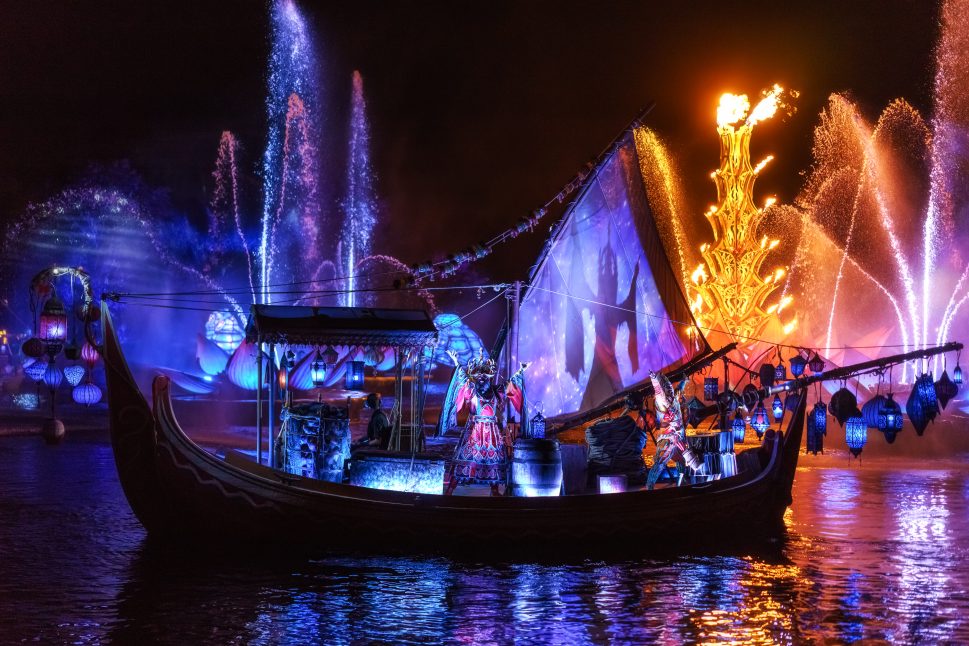 Guarantee a great seat at Rivers of Light with a dining package at Tiffins. Photo by Rich Ramos.

Frozen Summer Games returns!  Hellloooooo! Big Summer Blow-Out! Actually, it’s just the return of Frozen Summer Games to Blizzard Beach starting May 26th. You will be able to enjoy games, music, and crafts along with the regular water fun at the coolest water park at Disney World. Decide whether you are “Team Kristoff” or “Team Olaf” and kick off summer with some extra fun from the end of May until August 13th.

Are gondolas coming to Disney World? Although Disney has yet to publicly confirm (or deny) the reports, the internet is on fire with the “confirmed” rumors that a gondola system is coming to the Walt Disney World Resort. The gondolas would theoretically carry up to 10 passengers at a time from Disney’s Caribbean Beach Resort, Disney’s Pop Century and the Art of Animation to Disney’s Hollywood Studios and EPCOT. What do you think about this possible new development?

Rainy then sunny with partial cloud