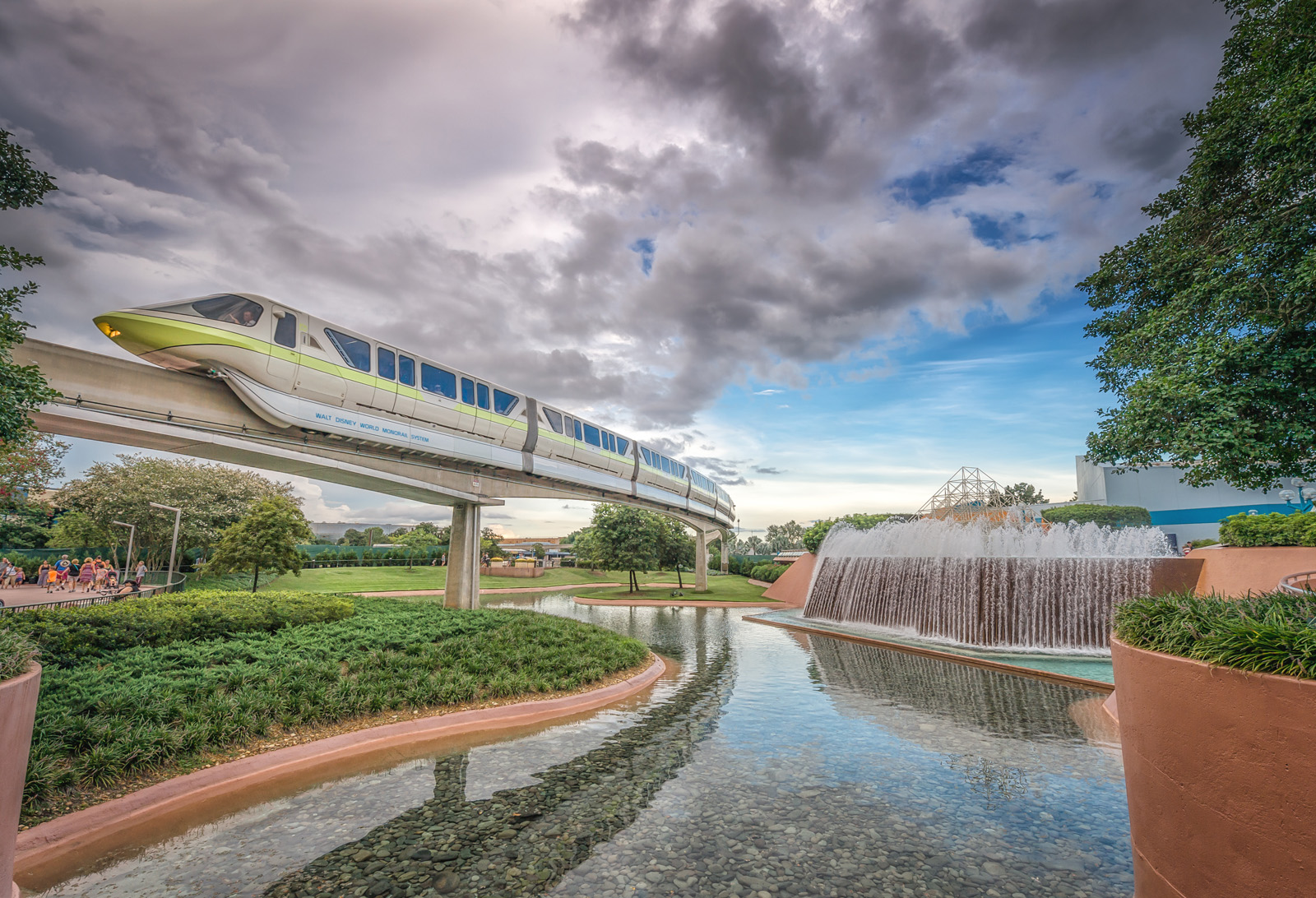 Today we welcome WDW Magazine photographer Judd Helms to the blog!  This month, Judd’s photos were featured in a special report on the Walt Disney World Monorail System in the magazine, and we couldn’t resist sharing more pictures with you – along with some insight from Judd on why the Monorail is so special to him. If you love the Monorail as much as we do, be sure to check out WDW Magazine on Instagram where Judd will be hosting a #MonorailMonday Instagram takeover LIVE from WDW on Monday October 24, 2016!!!

Take it away Judd! What the Walt Disney World Monorail Means to Me

I grew up in a small Ohio town.

I typically don’t really tell people that. If you ask me now, I am from Fort Wayne, Indiana. The truth is though, I am from Payne, Ohio. Hilarious enough, I get to tell people I grew up in pain and really mean it. Even if my pain is spelled Payne, it’s all the same. So imagine it’s 1986 in Payne and I am in the second grade. My parents decide it is time to take their son to Florida and see Walt Disney World. If you knew my dad, you would know he was always into racing, cars and very mechanical.

So here is my dad, this guy to me being in the second grade obviously knows everything in the world there is to know about anything talking about this “monorail” that travels around Walt Disney World on one rail!! I am like are you kidding me? The train that goes through town has two rails. How the heck does this even exist at Walt Disney World? Let alone up in the air and on one rail? This can’t be. Well it was true and seeing it in person for the first time was the realization of a legend. A myth that actually existed. This is why the sign says “Where Dreams Come True” when you enter Disney property. Because they actually do.

I feel fortunate to have grown up when I did. We had our imaginations to rely on. Not Google and iPhones. I don’t even think I had seen a picture of the monorail before I saw it in person. All I had was my dad’s word that it was amazing. So to me, the Walt Disney World Monorail is a living legend. Something that lived up to a second grader’s imagination and continues to live up to a 37 year old’s partly jaded view of the world.

This year marks its 45th anniversary and it still amazes me every time I see it or ride it. It remains futuristic to this very day and will always stay that way to me. I just cant believe that something can continue to be timelessly futuristic. But it does. So I say happy anniversary Monorail. Cheers to many more. Thanks so much for sharing your love of the Monorail, Judd! For more stunning pictures of WDW’s “highway in the sky” by Judd Helms, be sure to see our special report on the 45th anniversary of the Walt Disney World Monorail System in the October issue of WDW Magazine!