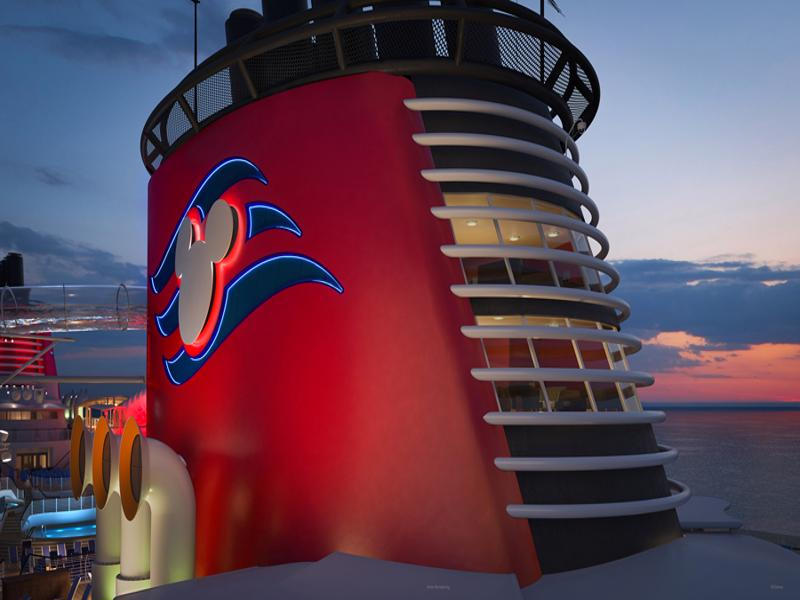 The Disney Wish horn is making sweet music at sea. Can you guess which iconic Disney melodies made the cut?

Keep reading to learn more about the historic moment the Disney Wish tested its horn for the first time. You might recognize some of these tunes …

A Historic Moment For The Disney Wish

The Disney Wish uses a melodic air horn. This turns any day out on the high seas into a Disney concert! Last week, the ship tested out its horn for the very first time on the open water.

As it was leaving the German port city of Bremerhaven, onlookers got a sneak preview of the Disney Wish horn in action (and a mini-concert at sea). Later, a YouTube user in Eemshaven in the Netherlands got to hear a sample of the musical horn. That song sounds pretty familiar …

Name That Disney Tune (At Sea!)

Posted to a YouTube channel called, Eemshavenonline, this short video captures the Disney Wish horn for the very first time. Hmmm … can you name the tune in this soundbite?

Did you take a guess? Keep scrolling to see the answer.

Really. This is your last chance to name that tune before we spoil the answer …

If you guessed, “We Don’t Talk About Bruno,” you’re right! Gee. There really is no way to escape that Encanto earworm, huh? Even at sea, you’re guaranteed to get that tune stuck in your head for days.

If you’re ready to take a break from Bruno, don’t worry. That’s not the only Disney song that the Disney Wish horn can play.

WATCH: A Mini-Concert At Sea

The Disney Wish has a bunch of Disney songs in its repertoire including classics and contemporary soon-to-be classic tunes. At the time of publishing, these are the songs that are accounted for (according to first-hand accounts from onlookers):

Thanks to a YouTube channel named, Unimedien ship horns, you can listen to the Disney Wish horn’s debut performance in the video above. 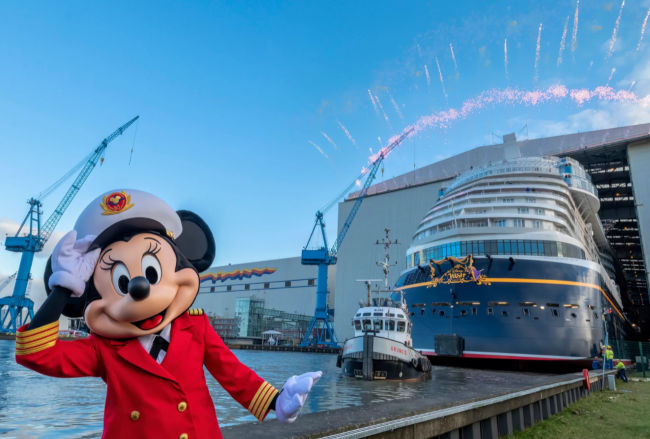 Pack your Captain Minnie Loungefly backpack! After a disappointing COVID-19-related construction delay, the Disney Wish’s maiden voyage is now scheduled for July 14, 2022. The ship will arrive in Port Canaveral on June 20, 2022 before it sets sail for the Bahamas.

[BREAKING:] You can watch the Disney Wish’s debut and christening live on June 29 at 11 AM ET on the Disney Parks Blog and its social media channels. 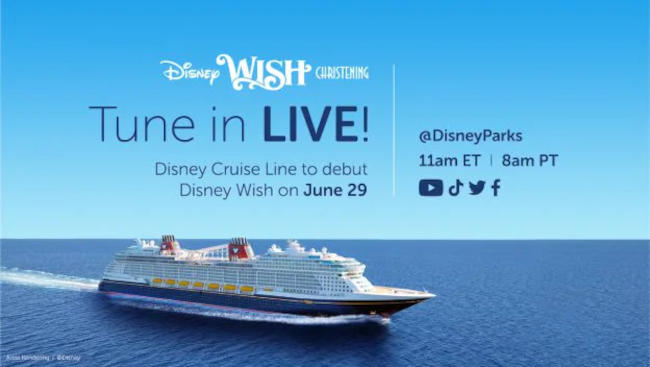 With a Broadway-style Little Mermaid stage show, gorgeous staterooms, dining at Arendelle, and the first-ever Disney attraction at sea, this is THE cruise to add to your wishlist.

Join Us On The Disney Wish

We have a feeling that the concept art we’ve seen for this ship doesn’t do it justice. We’re so excited that members of our team will be sailing on the Wish and experiencing it first-hand in a few short weeks!

Follow along at our dedicated social media channels for all things Disney Cruise Line:

And, oh ya. We’ve got a DCL Magazine chilling out in dry dock. Join the waiting list to be one of the first people to know when our newest magazine sets sail!