VIDEO: We Tried ALL the New Club Cool Flavors at EPCOT 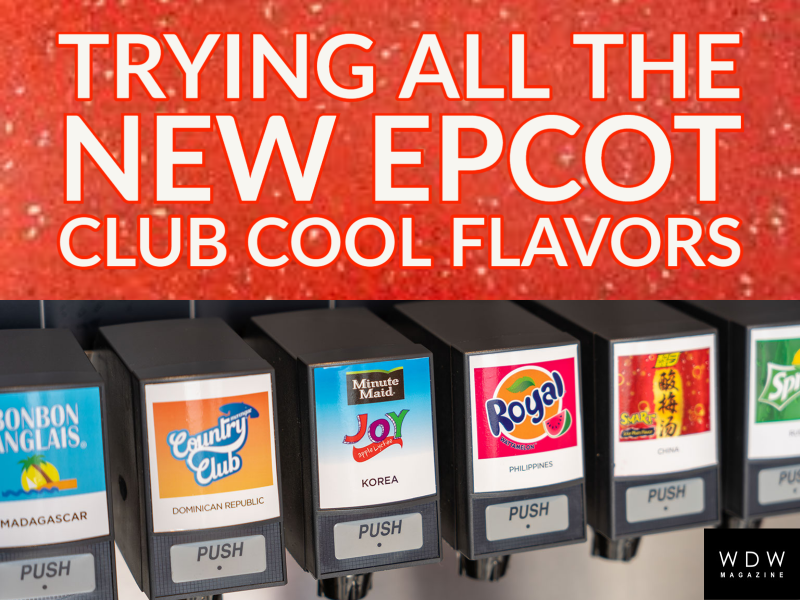 In the name of journalism, WDW Magazine co-owners Steph and Danny Shuster recently visited the newly reopened Club Cool. The famous Coca-Cola tasting shop at EPCOT had closed down in September of 2019 in preparation for EPCOT’s historic renovations. 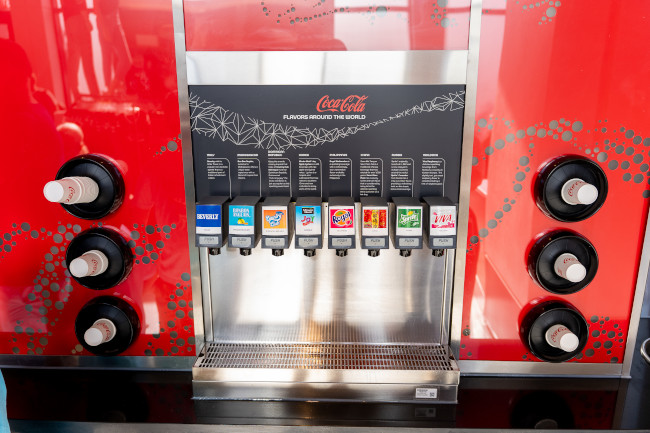 Because I’m a sick and twisted managing editor, I tasked my fearless leaders to try all eight Club Cool flavors of Coca-Cola, including the returning Beverly. Their teeth probably a little more rotten than when they left, Steph and Danny returned from their trip with an amazing video that captures their taste-testing experience.

Love this review from Steph and Danny? You ain’t seen nothin’ yet! Subscribe to WDW Magazine’s monthly print edition for in-depth looks at all things Disney from actual Disney experts! Each month, you’ll get 64 ad-free pages of pure Disney content, delivered to your door! 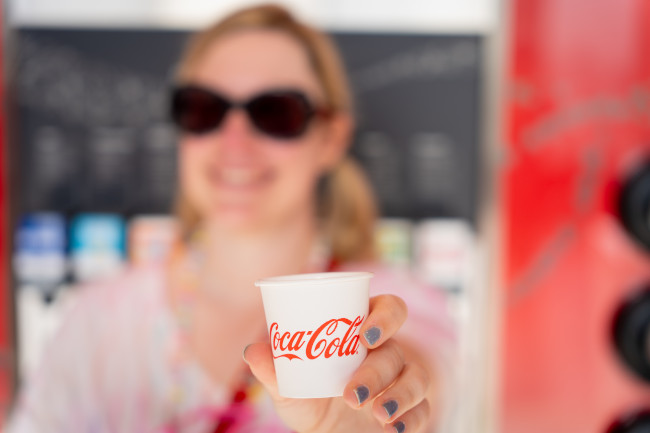 Here’s what Danny thought of each of the eight Coke flavors available to sample. 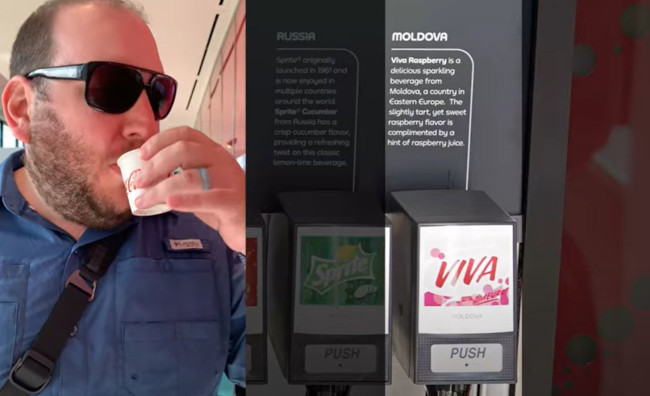 Disney’s description: Viva Raspberry is a delicious sparkling beverage from Moldova, a country in Eastern Europe. The slightly tart, yet sweet raspberry flavor is complimented by a hint of raspberry juice.

What Danny thought: “That tastes like raspberry. Raspberry and a little bit of cough syrup kind of flavor profile. It’s all right.” 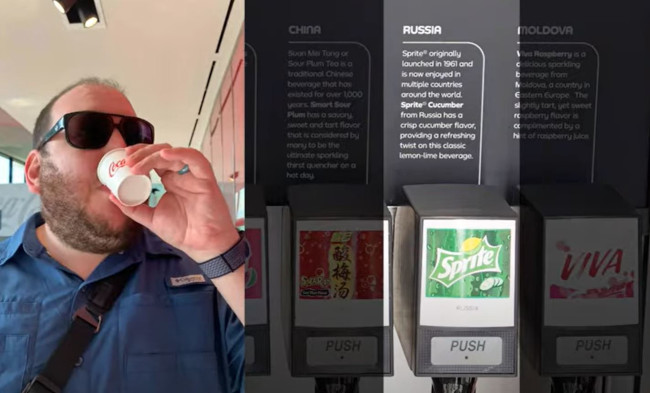 Disney’s description: Sprite originally launched in 1961 and is now enjoyed in multiple countries around the world. Sprite Cucumber from Russia has a crisp cucumber flavor, providing a refreshing twist on this classic lemon-lime beverage.

What Danny thought: “That’s lovely. I’d like to mix that with some gin. Little summery cocktail. That’s cool and refreshing.” 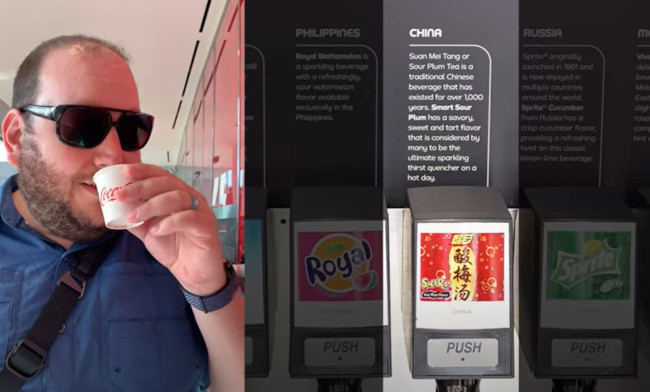 Disney’s description: Suan Mei Tang or Sour Plum Tea is a traditional Chinese beverage that has existed for over 1,000 years. Smart Sour Plum has a savory, sweet and tart flavor that is considered by many to be the ultimate sparkling thirst quencher on a hot day.

What Danny thought: “That one’s like sophisticated. All the other ones are kind of sugary, and this one’s like a grown-up drink.” 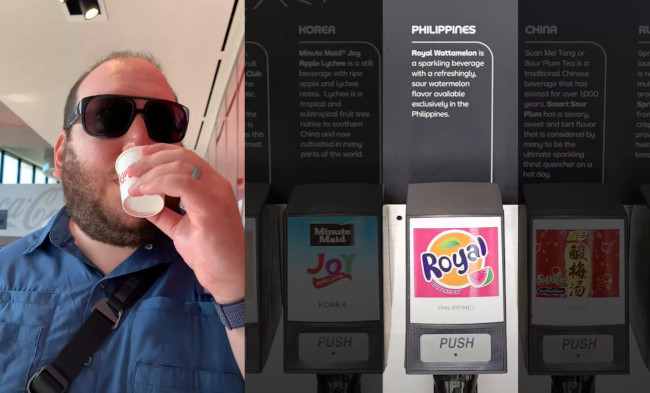 Disney’s description: Royal Wattemelon is a sparkling beverage with a refreshingly sour watermelon flavor available exclusively in the Philippines.

What Danny thought: “Can I get that frozen as a slush? Because that would be great.” 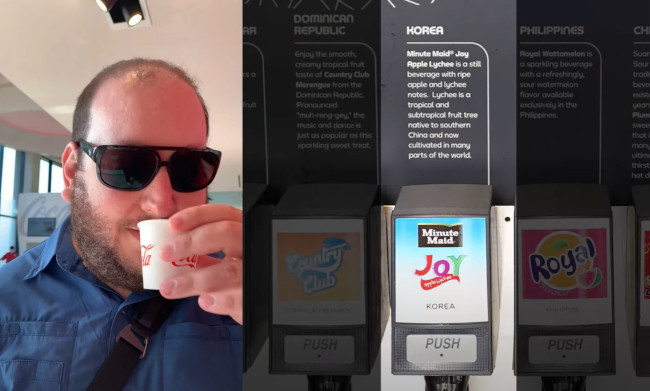 Disney’s description: Minute Maid Joy Apple Lychee is a still beverage with ripe apple and lychee notes. Lychee is a tropical and subtropical fruit tree native to southern China and now cultivated in many parts of the world.

What Danny thought: “I’m giving a slight edge because it’s not carbonated. 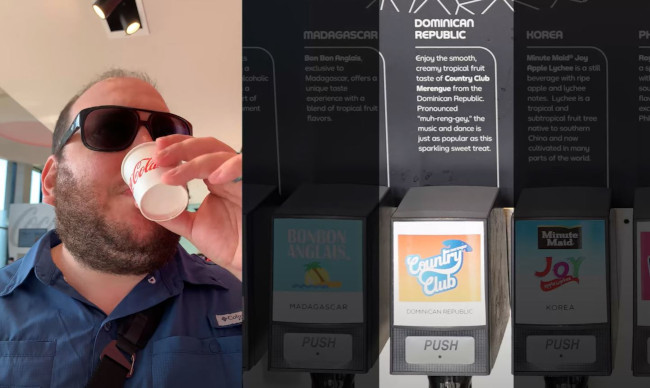 Disney’s description: Enjoy the smooth, creamy tropical fruit taste of Country Club Merengue from the Dominican Republic. Pronounced “muh-reng-gey,” the music and dance is just as popular as this sparkling sweet treat.

What Danny thought: “It reminds me a bit of a creamsicle, but there’s something else.” 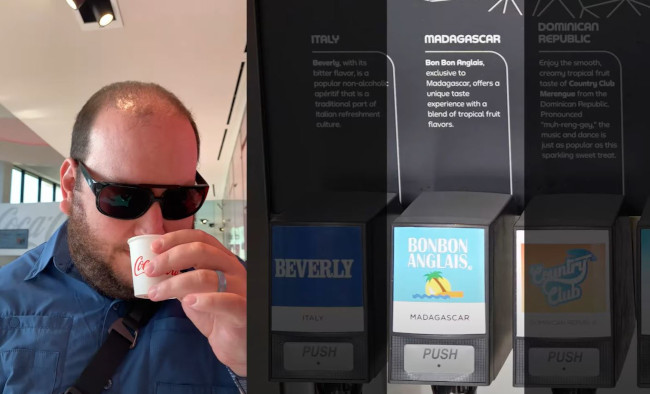 What Danny thought: “This smells … do you know the flavor of artificial banana in Runts candies? That’s what this smells like. Sorry, Madagascar, do not like.” 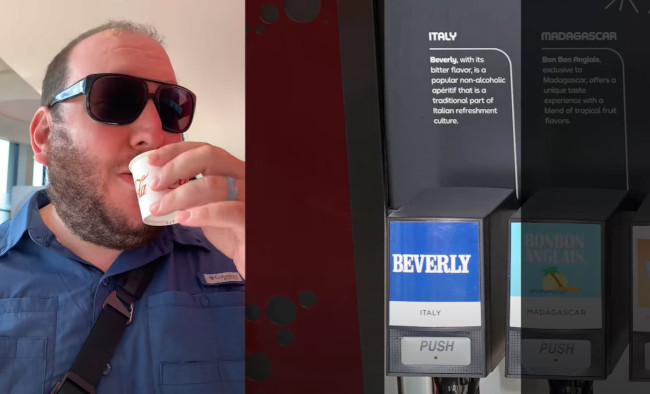 Disney’s description: Beverly, with its bitter flavor, is a popular non-alcoholic aperitif that is a traditional part of Italian refreshment culture.

What Danny thought: “I thought Beverly was red. Is that just because I’m thinking of Campari? … Here we go. It’s Beverly. You love it or you hate it.”

A Cast Member stepped in to remind Danny and Steph that Beverly, the divisive Coke flavor at Club Cool, acts as a palette cleanser. Danny says it’s “herbaceous and powerful.” 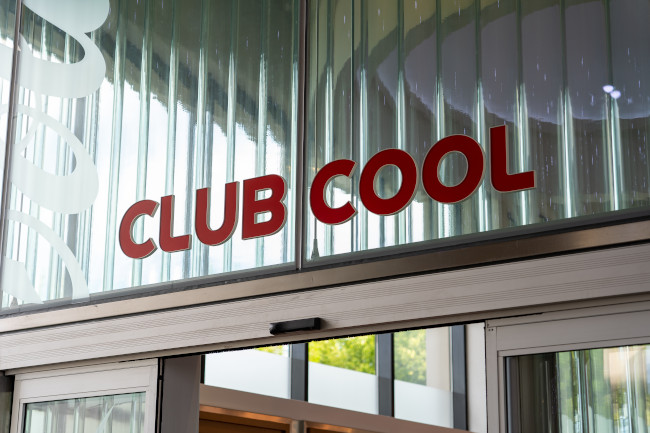 Planning a visit to EPCOT in the near future and have questions about the reimagined Coca-Cola tasting classic? We’ve got answers!

Is Club Cool Open at EPCOT?

Is Club Cool at EPCOT free?

Yes! This is one of the best FREE things to do at Walt Disney World. Head to Club Cool for free tastings of eight different sodas.

Is Beverly Still at Club Cool?

You fans of the old Club Cool have nothing to worry about. Beverly is one of the eight sodas you can sample.

How Many Flavors Are There at Club Cool in EPCOT? 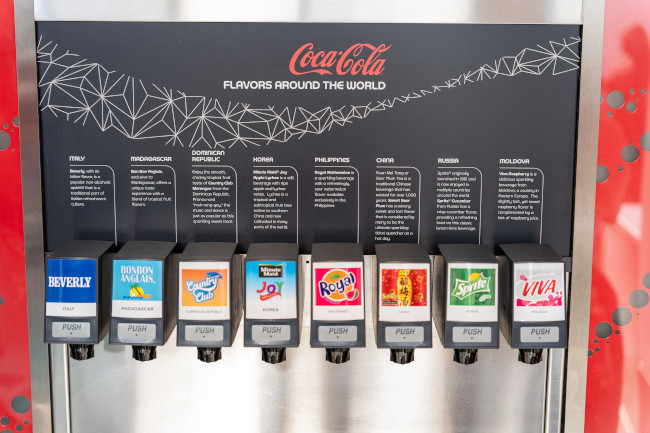 All eight flavors at Club Cool in EPCOT. Photo by Danny Shuster

Where Is Club Cool Located? 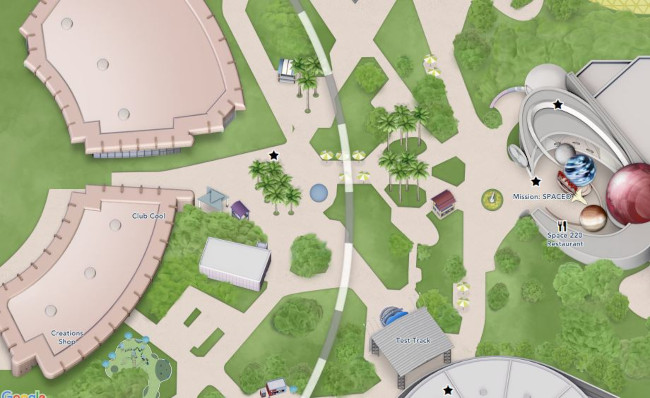 Club Cool is located in EPCOT’s new World Celebration neighborhood, in the same building as the new Creations Shop and a short walk from Test Track, Mission: SPACE, and Space 220 in World Discovery.