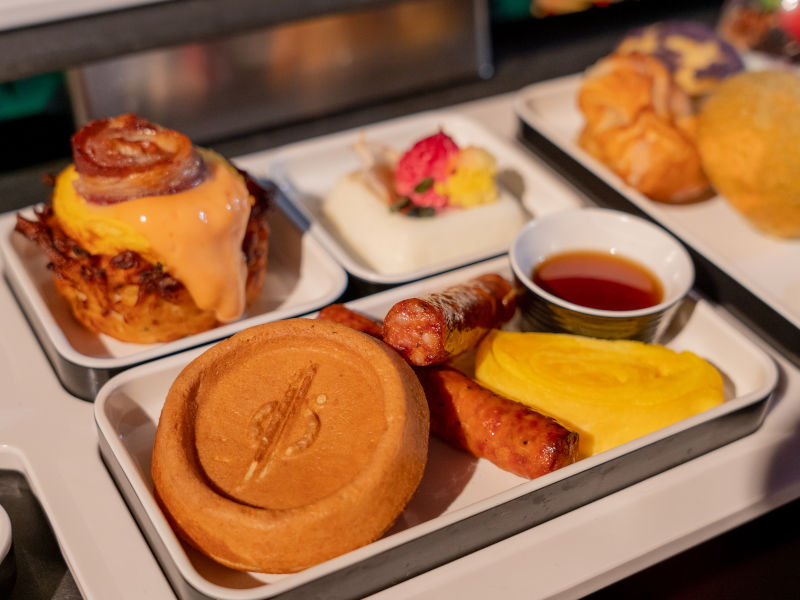 One of the best things about Galactic Starcruiser is the food. Because Starcruiser is designed like an actual cruise (think Disney Cruise Line, but in space), food is a huge part of the experience. But why tell you about it when we can show you?

Dining on Galactic Starcruiser: What You Need to Know

Gearing up for your trip on Galactic Starcruiser? Make sure you’ve reviewed your itinerary and got your costume (they’re pretty expensive on the ship). Otherwise, it’s time to start fantasizing about all the galactic goodies you can guzzle down your gullet. 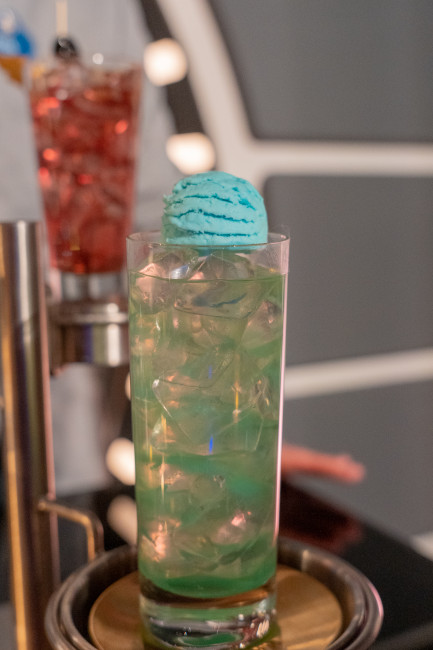 There Are Two Separate Menus for Dinner

Your first night is an Evening with Gaya. 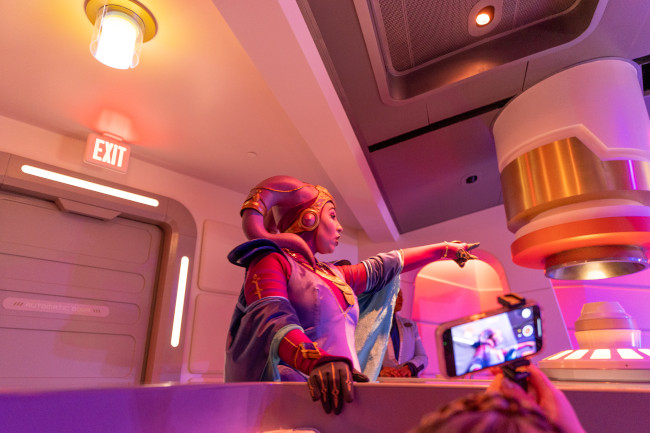 Gaya quite literally had everyone at the media preview up on their feet, dancing and waving their arms. Photo by Danny Shuster

You’ll enjoy live music from Gaya and her backup musicians while dining on options like Bantha Beef and Tip Yip Chicken. 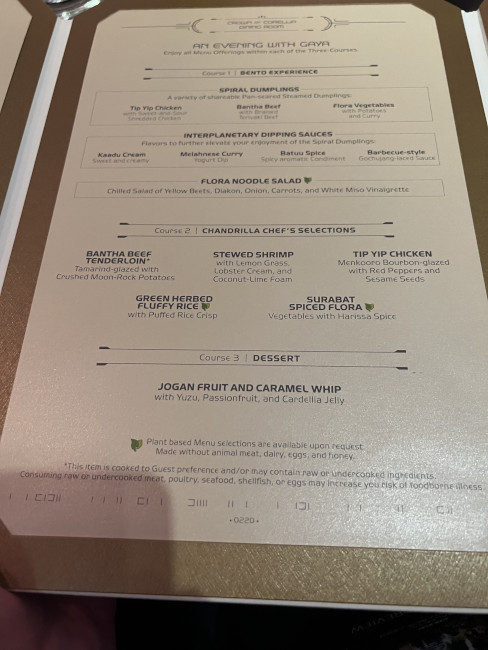 The menu for An Evening with Gaya. Photo by Danny Shuster

On night two, you’ll experience the Taste Around the Galaxy menu. 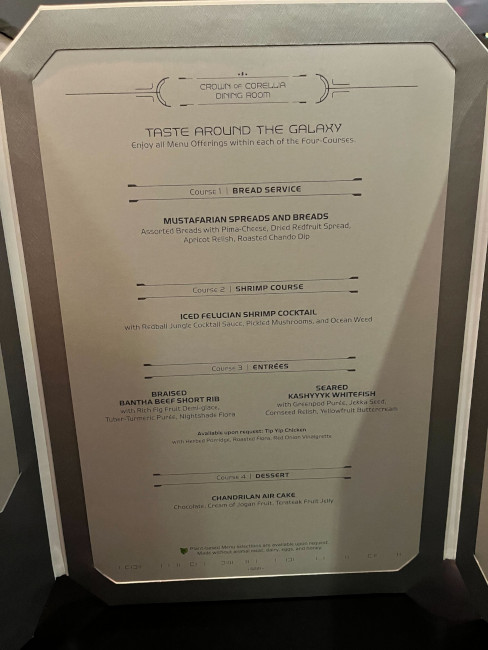 The menu for A Taste Around the Galaxy. Photo by Danny Shuster

Disney Can Handle Your Dietary Restrictions

Yes, that famous blue shrimp is a hallmark of the experience, but if you have a shellfish allergy, Disney has some other creative options for you to sample. 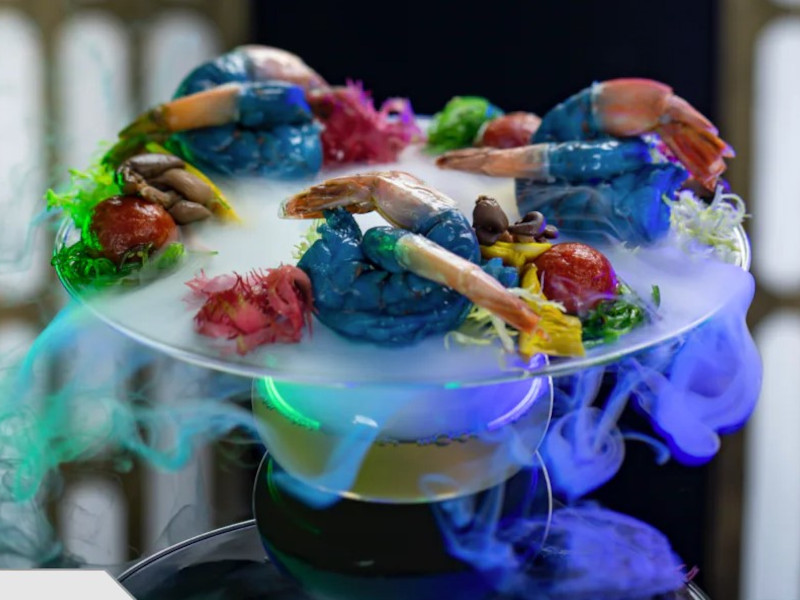 Same for those who dine gluten and/or dairy free: You’ve got plenty of options aboard Galactic Starcruiser.

While you’ll have more elegant dinner experiences, the breakfast and lunch buffet are not to be missed. 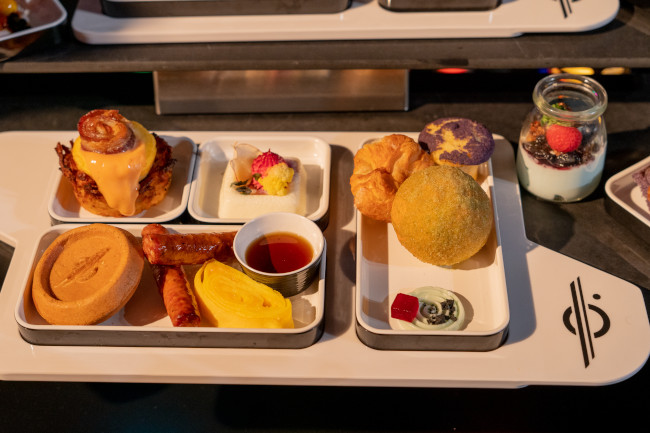 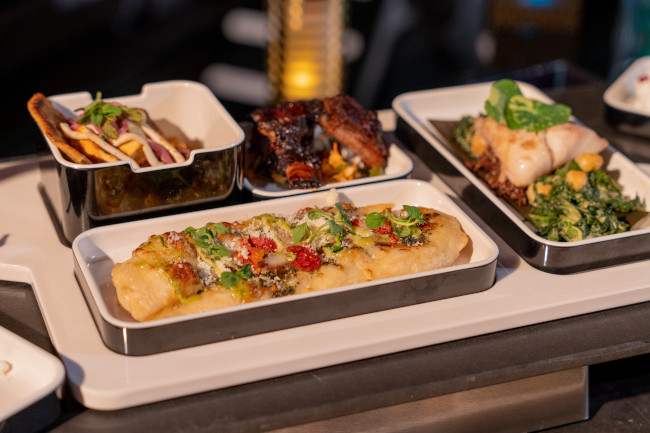 Unless, of course, you take your lunch on Batuu. Your trip to Galaxy’s Edge includes a meal at Docking Bay 7 or other Quick-Service options.

This is a good opportunity to get outside and enjoy the sun since Starcruiser is a famously indoor experience. (Yes, there really are no visible windows.)

The Crown of Corellia Dining Room is located on Deck 4 of the Halcyon starship. In between meals, you can also order a drink at the Sublight Lounge on Deck 6. 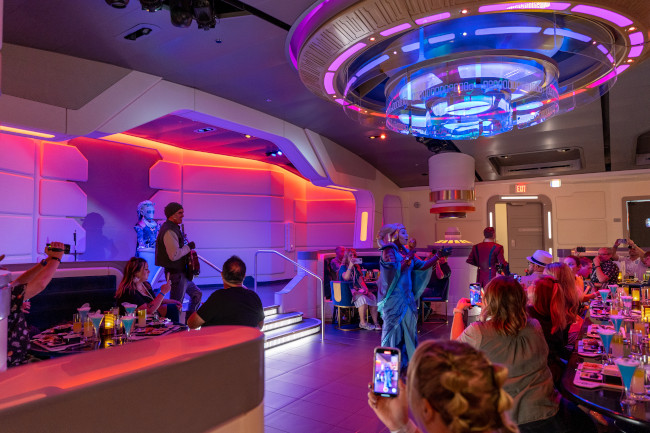 Inside the Crown of Corellia. Photo by Danny Shuster 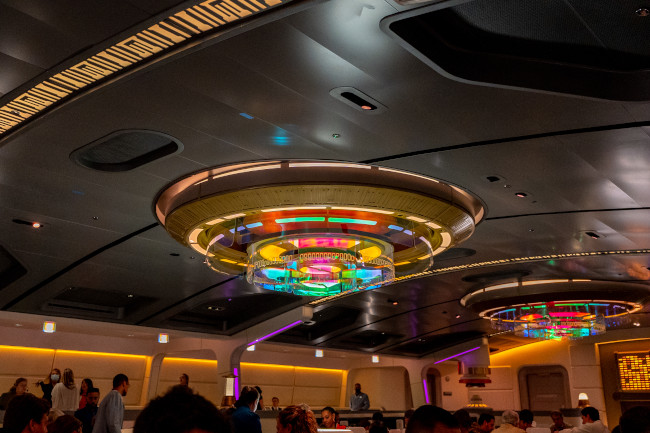 The chandeliers are a nice detail. Photo by Danny Shuster

It’s Not As All-Inclusive As You Think

Galactic Starcruiser isn’t cheap (in case you missed that bit before), so you’d assume that all the dining is included. And for the most part, it is. 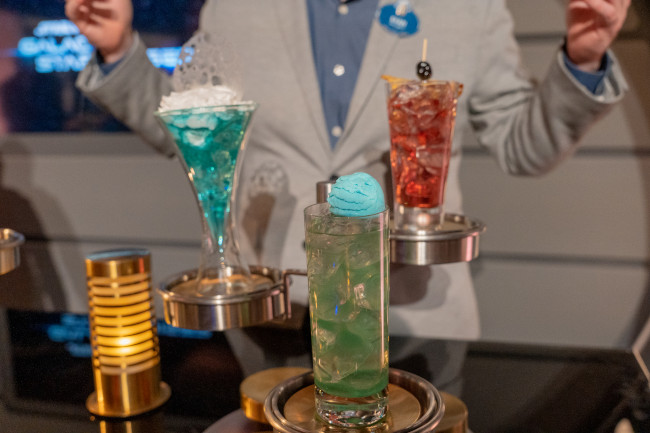 The Food Is Good

Don’t be offput by the weird colors and textures (though be prepared if you bring along a picky eater). Though we only got to sample a little bit of food during our media preview, we loved every bite and cannot wait for our full stay as actual guests later this month. 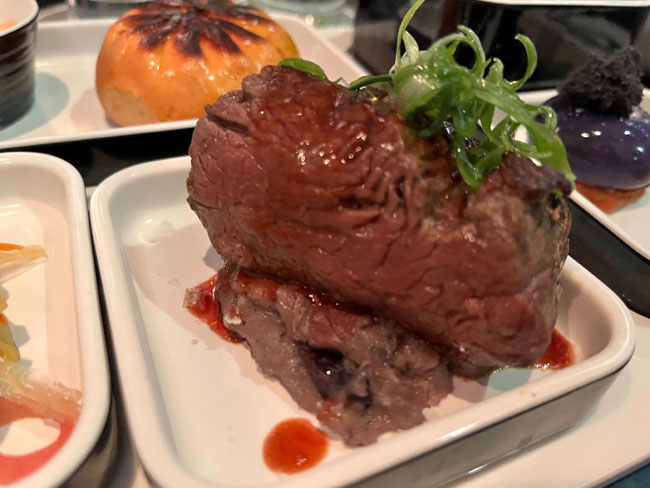 Meat lovers are treated well on the Halcyon. Photo by Danny Shuster

You can see all of what we tried in the Galactic Starcruiser food video we put together, but here’s a quick list:

You can also try beverages like the Muja Twist and Pod Chaser. 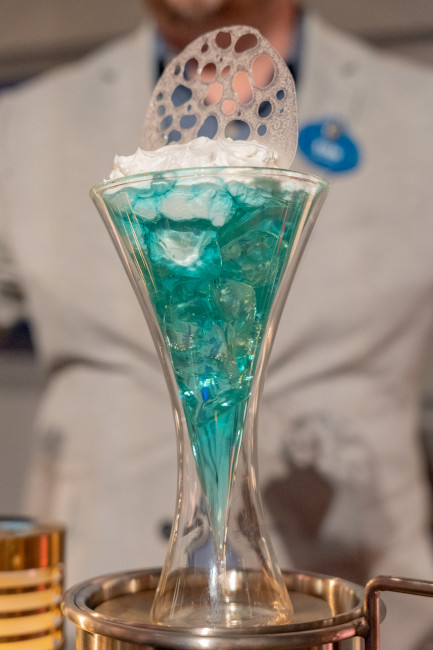 We sampled the Blue Milk Citrus Fizz and Yeruda Poison Spitter (both non-alcoholic), but we of course had to try at least one alcoholic option. We went with the Hoth Icebreaker: a lemon- and vodka-based drink with beautiful presentation and delightful taste.

But the Food Might Not Be Worth It for Some

The price of Galactic Starcruiser (it isn’t cheap) has some Disney fans questioning whether the experience is worth it. Based on our media preview, we can guarantee that diehard Star Wars fans who are willing to interact and play in a true LARP setting will love this experience, and it’ll be worth every penny. But if you’re just looking for lodging with light theming and a place to sleep at nice, Starcrusier is probably not the right fit for you.

That said, if you are bought into the overall experience, the food is the cherry on top.

Scroll on for more photos of the food offered aboard Star Wars: Galactic Starcruiser: 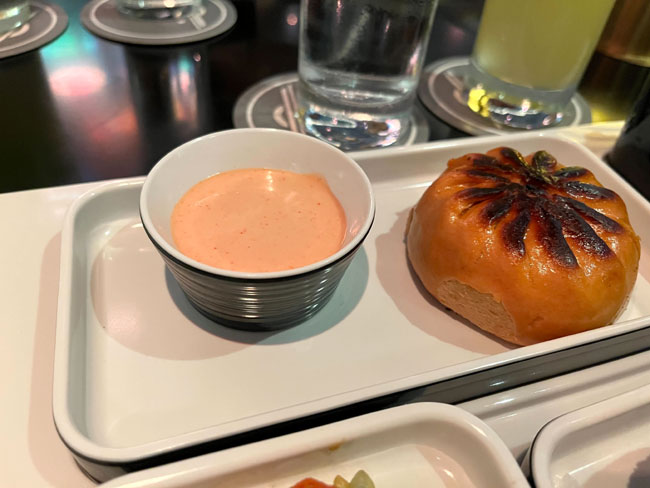 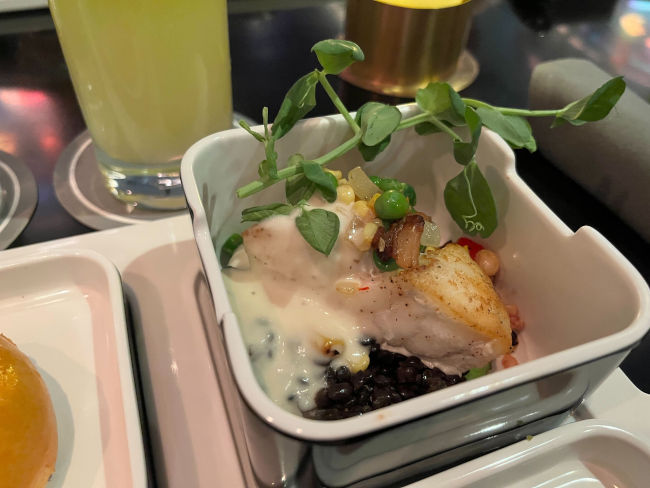 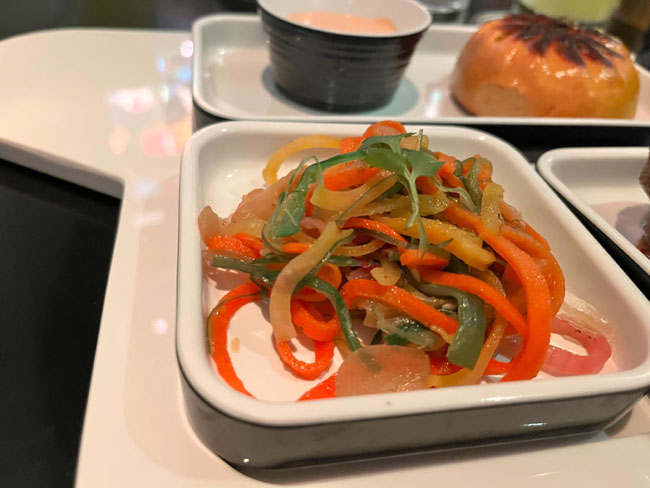 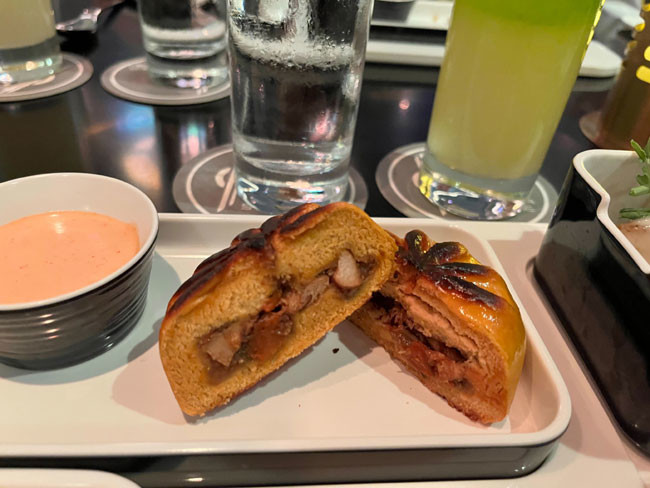 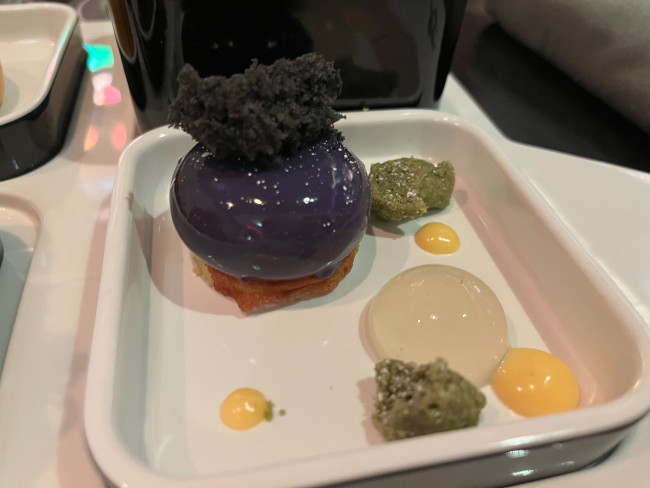 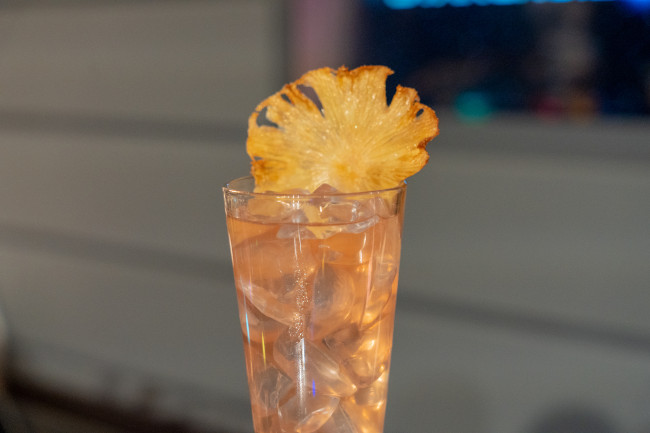 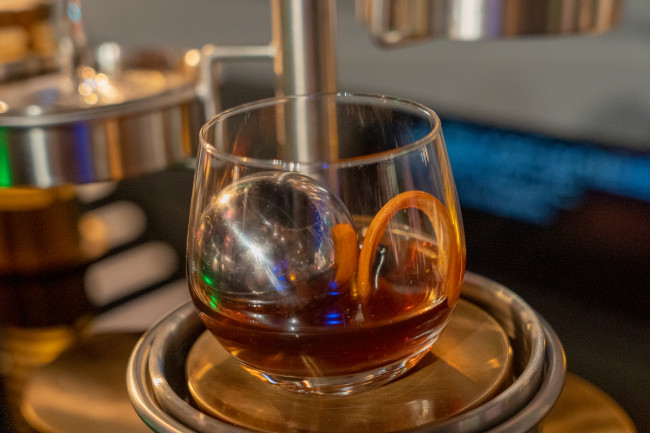 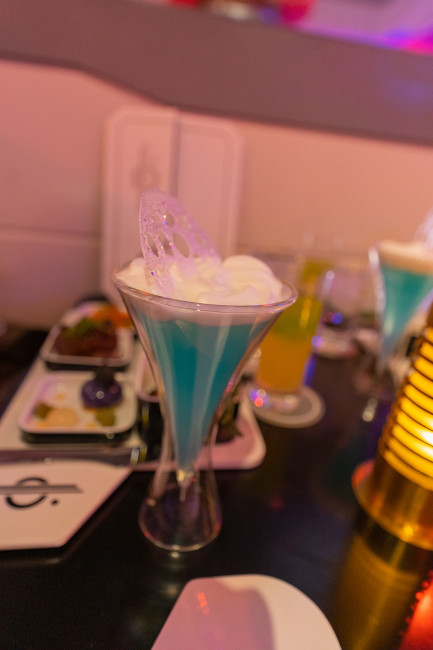 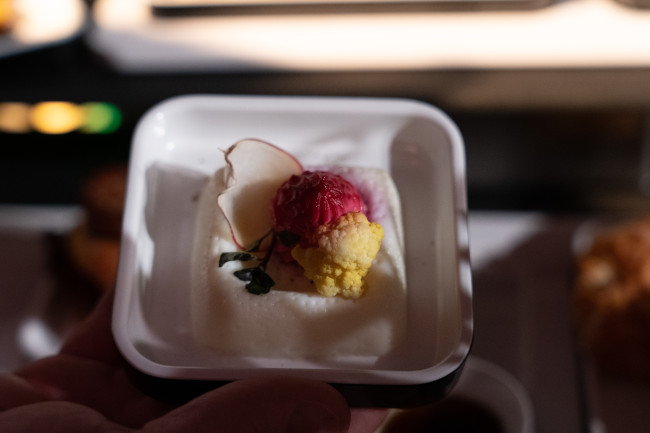 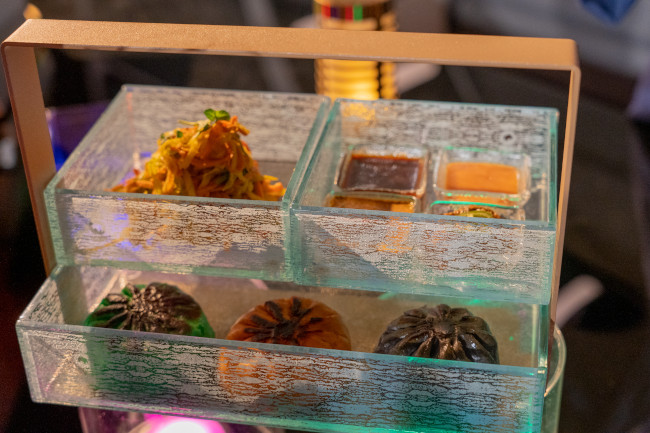 More food in a display case. Photo by Danny Shuster 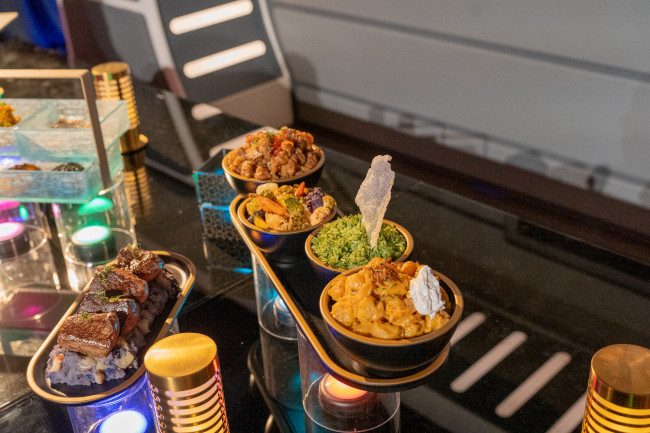 Dinner on the Galactic Starcruiser. Photo by Danny Shuster 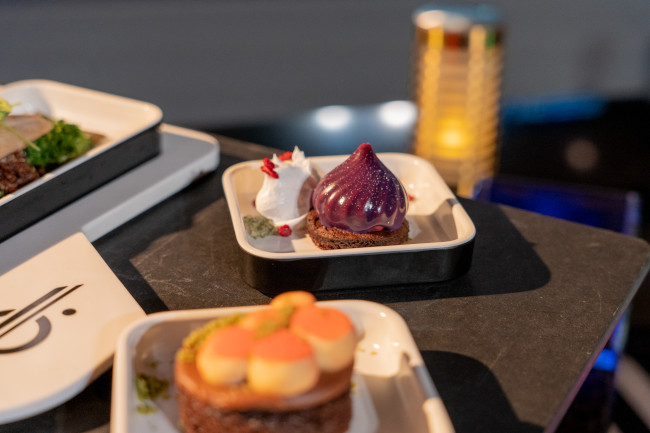 Dessert on the Galactic Starcruiser. Photo by Danny Shuster

Stay tuned to our YouTube channel for more adventurous videos from inside Galactic Starcruiser.

A Sneak Peek at the Dining Options on Star Wars: Galactic Starcruiser