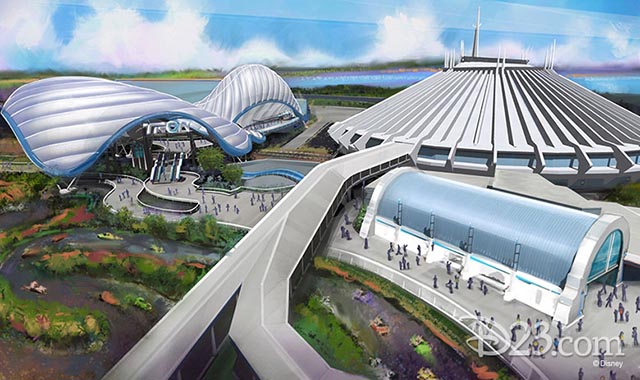 Here’s the latest on Tron Lightcycle Power Run at WDW – plus the all the updates on news, weather, refurbishments and closings this week at Walt Disney World.

New details have leaked about the new TRON Lightcycle Power Run. The newest, and most hyped attraction coming to Magic Kingdom, is set to begin construction this week with an anticipated opening date of late summer 2021. This will make the opening just in time for the huge 50th anniversary celebration in October of the same year. TRON will be built in a new area beside Space Mountain and will be an “E-ticket” attraction.

Disney is bringing an “Incredible Summer” with new opportunities in all four theme parks this summer. In connection with “Incredibles 2” coming to theaters in June, Magic Kingdom is hosting a “SUPER” dance party as the Incredibles “take over Tomorrowland.” EPCOT is bringing Guardians of the Galaxy to the stage at EPCOT with Star-Lord, Gamora, and an alien band, which will feature music from the movie soundtracks. Disney’s Animal Kingdom is celebrating its 20th anniversary with two new events. “Explorers Meet UP! A Great Bird Adventure” will debut in the place of Flights of Wonder in Asia and Donald Duck will be featured in a new character celebration in Dinoland, U.S.A. Finally, at Disney’s Hollywood Studios, Toy Story Land is opening! While there is no exact opening date yet (come on, Disney!) it’s definitely opening this summer!

Your favorite amigos Jose and Panchito from “The Three Caballeros” have joined Discovery Island Carnivale at Disney’s Animal Kingdom. The fun and colorful dance party takes place nightly and you can see Jose and Panchito through May 5th.

Now through February 10th there are many opportunities being offered throughout Magic Kingdom to celebrate the 65th anniversary of “Peter Pan.” First, don’t miss the meet and greet with Mr. Smee and Captain Hook! Nearby, you can have your photo taken with a Magic Shot of Peter’s shadow behind you. On the bridge next to Sleepy Hollow Refreshments there is a Tinker Bell Magic Shot you won’t want to miss!

WDW Closings and Refurbishments in February