Top 5 Must-Dos for Villains After Hours 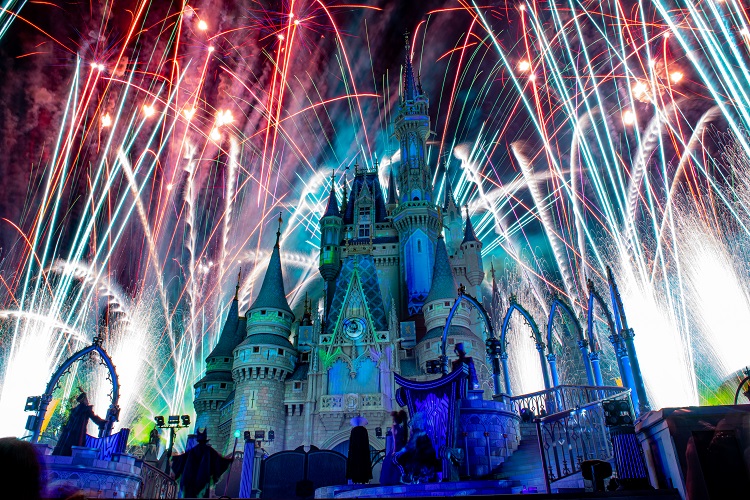 Last week we attended the opening night of Villains After Hours, a special ticketed event only at Magic Kingdom!

Villains After Hours offers exclusive entertainment, villainous treats, and specialty merchandise in addition to Disney After Hours event perks. Those perks include short wait times, low crowds, and unlimited popcorn, ice cream, and bottled beverages—here are my Top 5 Must-Dos for having an amazing night!

Thank you very much to Disney for providing us with dinner and tickets to experience this event and give you an inside look for your next trip!

ABOUT VILLAINS AFTER HOURS

With your ticket, guests can enter the park starting at 7:00 PM, with festivities beginning at either 9:00 PM or 10:00 PM, depending on the night.

Villains After Hours features live entertainment starring your favorite villainous characters, delicious treats, and exclusive photo opportunities throughout the park. A live DJ blasts current and throwback hits, transforming the Hub into a dance party fit for all ages! Add on the fact that over 20 of your favorite attractions are running with barely any wait, and you’ve got Villains After Hours!

Bottled sodas, water, popcorn, and ice cream are included with your event ticket. Stop by any of the snack carts throughout the park all night to get your fix, but save room for the specialty treats that are available for purchase.

This was my first time attending a Disney After Hours event, so to say I was excited would be an understatement! I have always loved the Disney villains from a young age, and I am thrilled that Disney has brought back this event for its second year! Without further ado, here are my Top 5 Must-Dos for Villains After Hours! 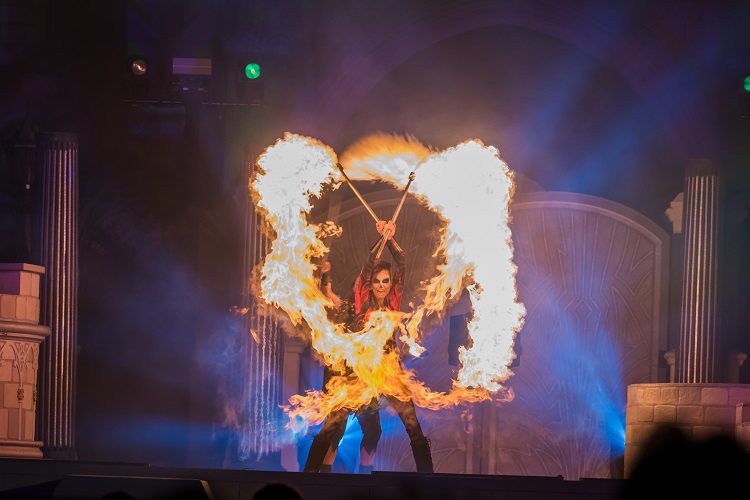 In Villains Unite the Night, this exclusive stage show features Hades and Meg as they set Cinderella’s Castle ablaze. When unexpected guests arrive, including Jafar, The Queen, Dr. Facilier, and Maleficent, chaos ensues.

Villains After Hours is the only After Hours event to produce a stage show, and it does not disappoint. With high-energy dance numbers, acrobatic stunts, and incredible fire-twirling, the cast puts on a breathtaking performance.

Villains Unite the Night also includes an epic soundtrack, gorgeous castle projections, and show-stopping pyrotechnics. With two showtimes throughout the night, you can not miss this! 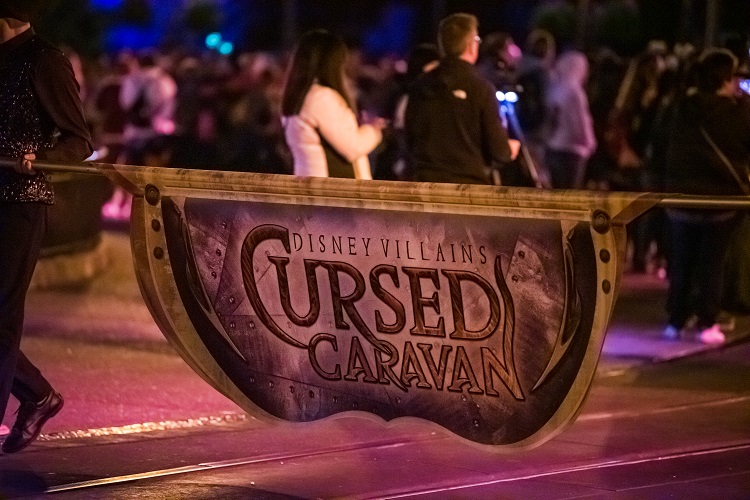 The Villains’ Cursed Caravan is a frightening addition to the Villain’s After Hours lineup and left me giddy with delight. This wicked procession features some of your favorite villains making their way downtown—er, down Main Street. This experience also has two separate performances per night. 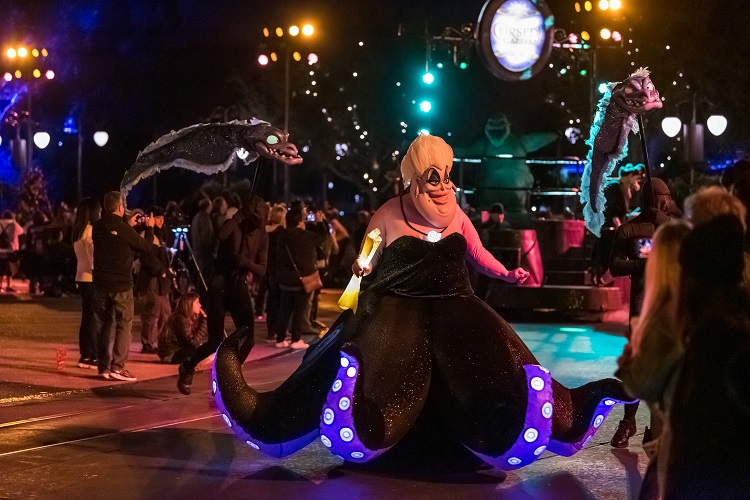 Ursula slithers down Main Street as part of the Cursed Caravan. Photo by Laurie Sapp

The Caravan begins with Gaston – my favorite bad guy—riding in on a HORSE! Need I say more? The experience also puts you up close and personal with Lady Tremaine, Cruella DeVil, The Queen of Hearts, Ursula, and more! 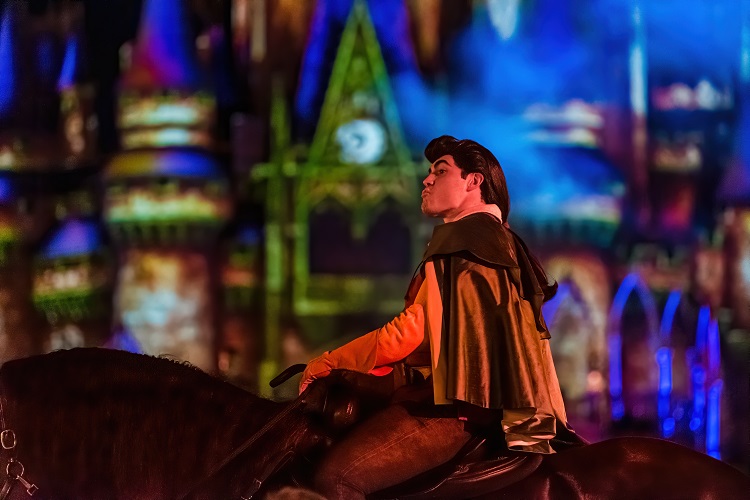 Gaston looks down on guests during Villains After Horus. Photo by Laurie Sapp

Ending the procession comes the fire breathing dragon herself, Maleficent, accompanied by an assortment of stilt walkers. Seeing the beloved dragon most know best from Festival of Fantasy in her element is such a cool experience.

I would recommend viewing the Villains’ Cursed Caravan from Frontierland, where it begins as most guests gravitate towards the Castle and Main Street to watch. In Frontierland, you have the best chance at personal interactions from the characters with the already low crowds of the event!

While Villains After Hours features over 20 of Magic Kingdom’s attractions in operation, two get a villainous makeover for the night! Space Mountain operates in complete darkness with a wicked soundtrack—villainous laughter paired with sudden drops and stops? Sign me up! 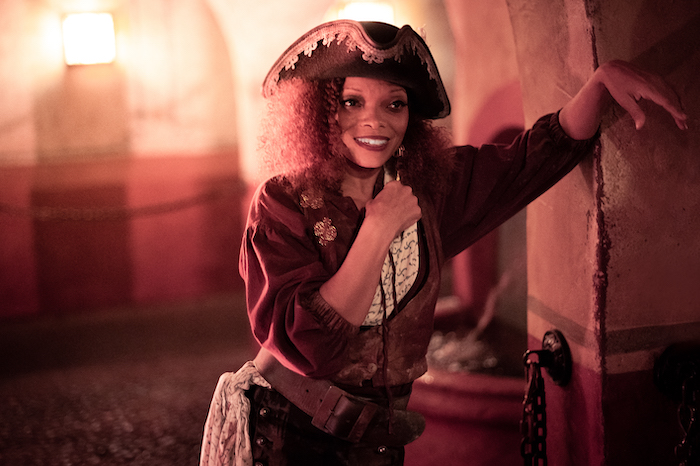 During Villains After Hours, you’ll encounter live pirates in the queue of Pirates of the Caribbean. Photo by: Courtney Reynolds

Pirates of the Caribbean also receives a villainous makeover with the addition of live pirates throughout the queue and ride itself!

Most attractions remain walk-ons throughout the night with posted times ranging from 5 to 20 minutes, leaving room to ride your favorites twice! The Seven Dwarfs Mine Train was the only attraction posted at 20 minutes, though I waited approximately 8 minutes to ride!

Villains After Hours does feature an assortment of snacks included with your admission, though the specialty treats available for purchase add some villainous flair!

My favorite, Poor Unfortunate Soul, is a black raspberry soft-serve over Cherry Coke and garnished with a sugar crown. You can purchase it for $6.99 (plus tax) at Storybook Treats. 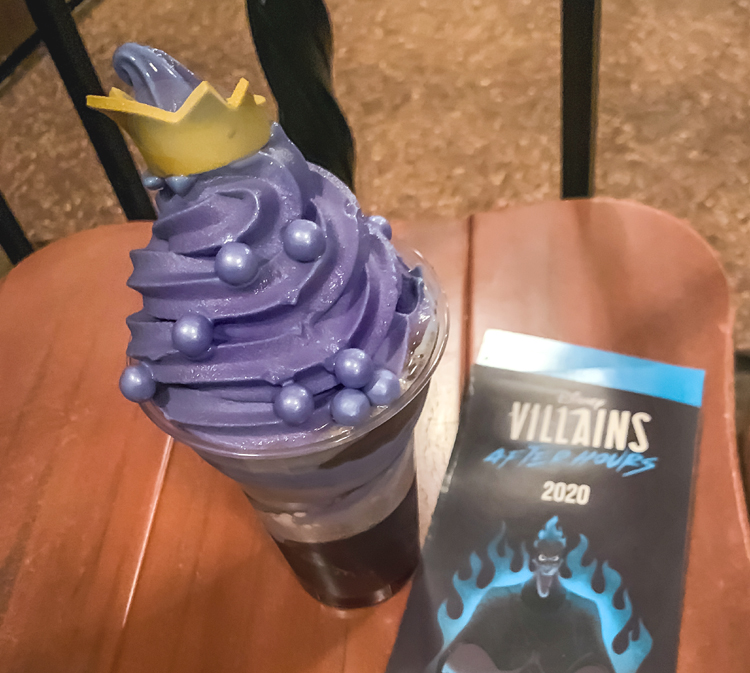 Villains After Hours offers nine exclusive food and beverage options, and all indicated on the event map. Not only do these treats make a great photo-op, but the flavors and designs are simply wicked. 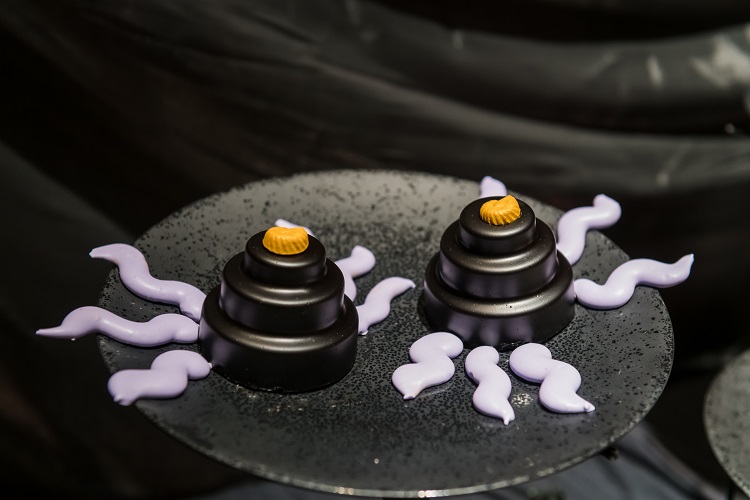 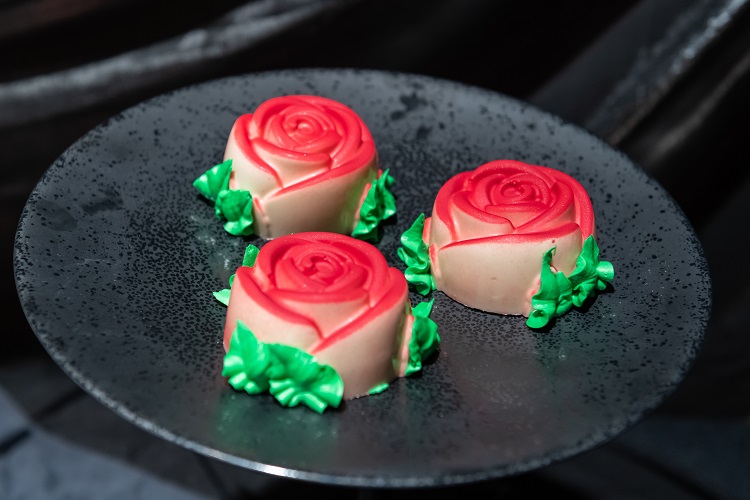 As Villains After Hours comes to a close, don’t exit the park too fast! 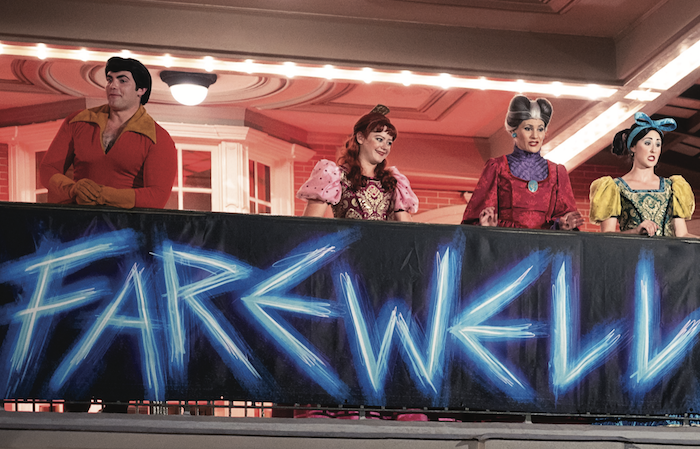 A takeover of villainous proportions, after hours at the Magic Kingdom. Photo by Courtney Reynolds.

After the final Villain’s Cursed Caravan, you can catch an assortment of villains heading to the Main Street Train Station balcony! There is no better end to a frightening night than being heckled by your favorite villains.

Tickets for the Villains After Hours event were provided by Disney, but opinions belong to author.

It may be the end of our night at Villains After Hours, but our year of special Disney World events is just beginning! Follow along as we hit the festivals and special events, offering valuable tips to inform your next trip.